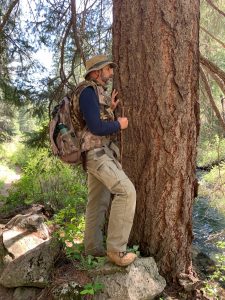 I don’t care for politics and try to avoid getting caught up in the hurly-burly, especially the mindless tribal monkey dance that passes for political discourse these days. As my guitar-slingin’ buddy Mike Biggers says, “The only kind of partisanship we tolerate in these parts is frontier partisanship.” T-shirts will be issued.

However… every once in a while, even though I know better, the devil gets into me and I post something political on Facebook. Last Friday I posted up a bit of a cri de coeur lamenting being faced with an unacceptable binary choice for the job of what used to be called Leader of the Free World between two testy, incoherent old men who are both manifestly not up for the job. I know; waste of time and energy. Not good for the serenity.

Anyway, point is… like the good friend he is, Craig Rullman’s reply was, “Yeah, but check this out.” THIS was a Carhartt short film on Youtube about a 60 -year old man who has a passion for surfing — in the 32-degree waters of Lake Superior.

Just the check I needed: “That’s what makes a life so rich — those adventures… even if they’re silly little one or two feet days of surfing with friends, y’know?”

Friday evening, Craig and Mike and I got together at Mike’s place to start kicking around themes and ideas for the music Craig wants for a documentary film project on Western artist and buckaroo Len Babb. I’ll post in detail on the project in about a week; for now, I’ll just share this with you..

Saturday morning dawned perfect — the wind that has been tormenting us died off and I got out to Zimmerman Butte for a two-hour-plus Pit Workout. There were a lot of shooters out, but I was early enough to get a good spot in the lineup and a satisfying lead-and-iron session.

Then off to the Metolius River. Again, a LOT of people out. The cork has been in the bottle about as long as people will stand, and folks were clearly looking for some fresh air and natural beauty — and as Captain Schwertfeger can attest, the Metolius River is a good place to find it. 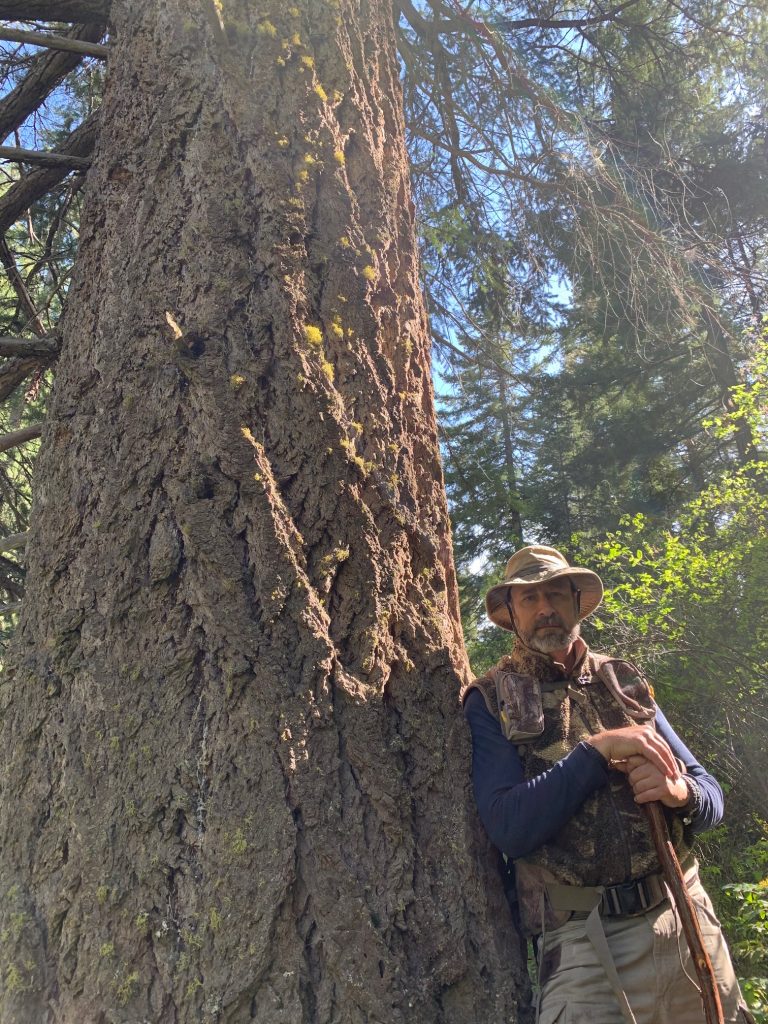 There was a particularly rich profusion of flora along the river, which lies in a transition zone from the Cascades into the eastern slope ponderosa forest and high desert. Dogwood, yarrow, western serviceberry, columbine, lupin, arrowleaf balsamroot, skunk cabbage. Mighty purty — and Marilyn, Ceili and I were all thoroughly absorbed in studying and photographing them. It’s good sometimes to tear your eyes away from the macro-landscape to focus on the micro.

There was a good hatch on, but I don’t know enough about the bug critters to say what they were. Mayflies, I guess. And I wanted to know. Something to learn — and maybe I need to relearn how to cast a fly. 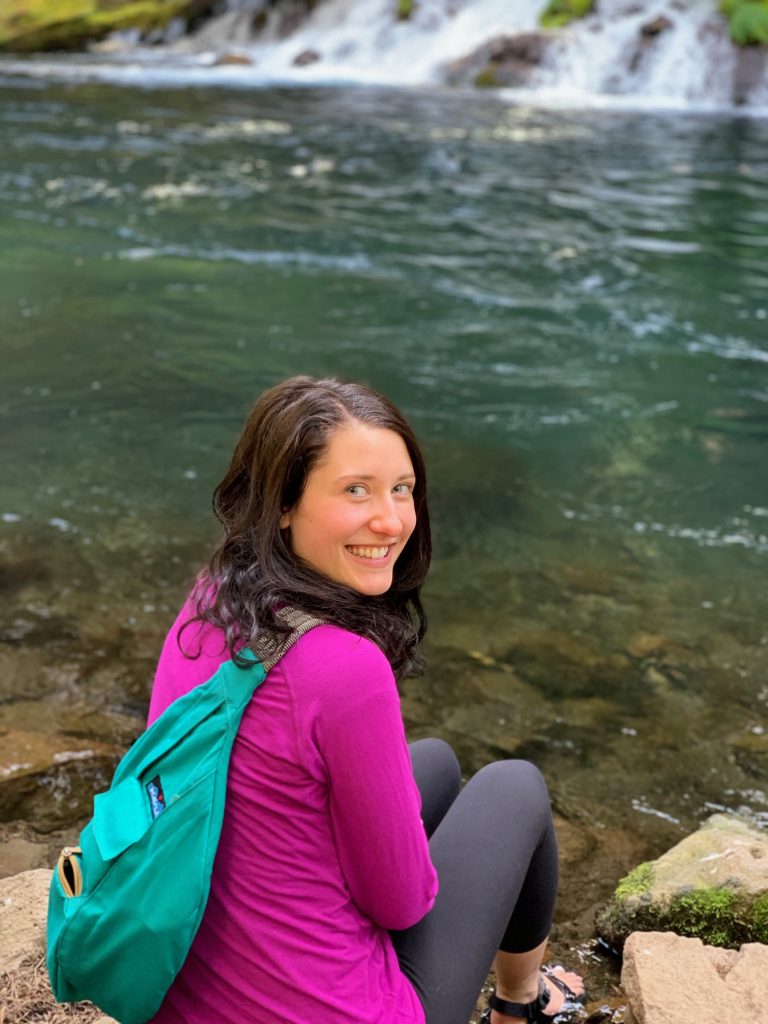 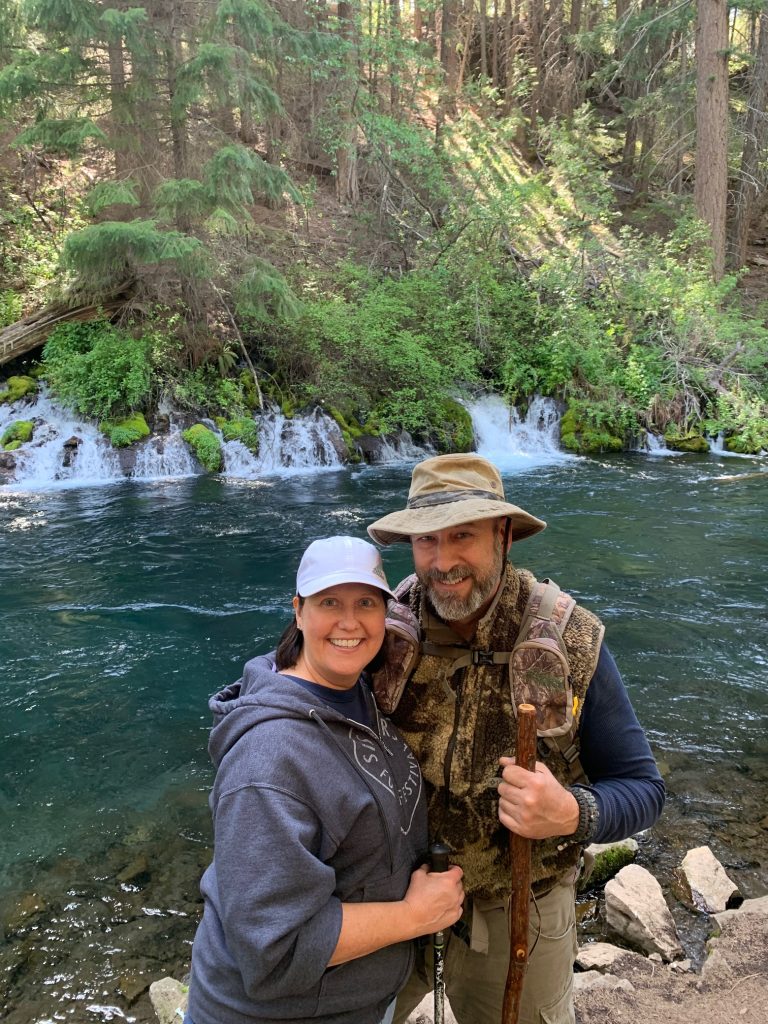 Spent some time communing with the venerable Doug firs that grow around and over rocks to loom over the riverbed, their bark wrinkled and gnarled and almost hard as stone. Sometimes they feel like kin.

Little adventures. Just a couple of feet of surfing on Lake Superior with friends. The things that make life so rich.