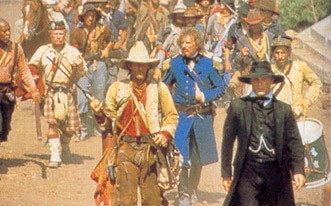 Send out a tweet — We’re goin’ on a filibuster!

Been following this batshit crazy mercenary misadventure in Venezuela a few days back. A U.S. contractor called Silvercorp was apparently behind a small and woefully ill-equipped and ill-prepared amphibious incursion led by some ex-Special Forces soldiers which was apparently designed to whack Nicolas Maduro and launch an uprising. Laudable enough goals, but… the fuck-up filibusterers were readily rounded up and the captured men paraded for the cameras.

There are pix all over he internet, but I can’t bring myself to post them. These poor bastards brought it on themselves, but…

There are two sources that I will trust on this episode — one is my friend Greg Walker (U.S. Special Forces, Ret.) and Jack Murphy, also retired Special Forces and a highly competent journalist. Here’s a worthy piece from Murphy. He interviewed a Special Forces veteran who was allegedly approached by Silvercorp to participate. He wisely said, “Fuck this…” (or words to that effect). This was not exactly a well-organized and well-executed operation.

While Silvercorp was working out of the camp in Jamaica, they now had acquired several boats, all without VHF radios, electronic beacons and other necessities. Venezuelan exiles could come and go from the camp as they please, operational security was non-existent but Goudreau (Silvercorp principal) appeared confident in their allegiance, according to the source who spoke to Connecting Vets.

When asked what their plan was, he said they planned to launch an armed incursion into Venezuela to capture or kill high-value targets (HVTs). The concept was that this would then, in theory, bring the Venezuelan government crumbling down as the population was already so disenfranchised and demoralized…

The combat veteran who was in the process of being recruited was skeptical since Silvercorp did not have a single belt-fed machine gun at that time. According to him, the incursion was supposed to happen in March but the date was pushed back due to COVID-19 and general posturing between the United States and Venezuelan governments. A U.S. military source who also spoke to Connecting Vets on the condition of anonymity said that the CIA had caught wind of the coup plot in Jamaica and warned Silvercorp not to go through with it on numerous occasions.

For some reason, the thought that immediately comes to mind is, “They’ve got a tight dally and a loose latigo” — in every possible sense of the term. 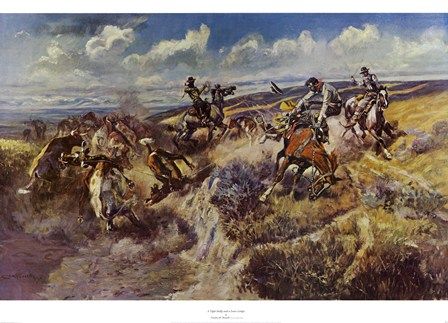 Just one more lunatic episode in a long history of febrile filibustering in Latin America… Where have I heard this song before?

In other news, my Father’s Day present has been announced. My cowboy soap opera is returning…

Previous Post: « Ted Franklin Belue — Godfather Of Frontier Partisans
Next Post: More From The Trapline — May 2020 — Of War Clubs, Checkpoints And Buffalo »