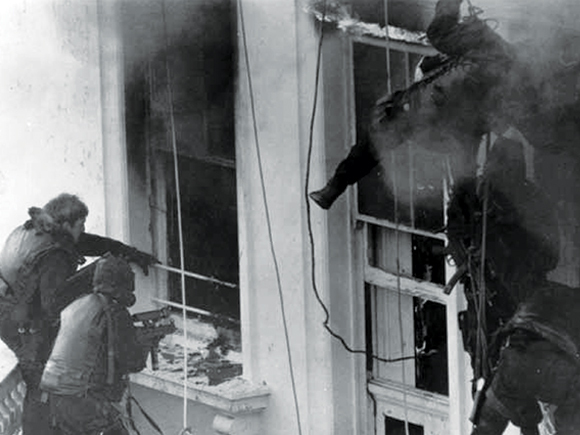 Forty years ago today, on April 30, 1980, six gunmen took over the Iranian embassy in Kensington in London. Six days later, the British Special Air Service stormed the building, rescued most of the hostages and killed most of the gunmen. The siege of the embassy was broadcast around the world on television, and it made the SAS the hottest, sexiest special operations outfit in the world.

The gunmen were Iranian Arab nationalists, an obscure outfit called the Democratic Revolutionary Front for the Liberation of Arabistan (DRFLA), campaigning for national sovereignty for Khuzestan Province. What? Nobody knew a damn thing about them.

Hard to feature now, but back then nobody knew a damn thing about the SAS, either. They truly were a silent service, very small and most elite — the heirs of a pioneering tradition of raiding and special operations in the Second World War. Post-war, 22 SAS Regiment fought in obscure conflicts in Malaya and Aden. Their profile was very low.

That changed in an instant when images of black-clad, masked commandos abselling down the face of the embassy and blowing in its windows with HK MP5s at the ready flashed around the globe. The 17 minutes of Operation Nimrod led to countless book deals, movies and the ex-SAS badass became a standard trope of adventure fiction. The newfound fame also brought the Regiment unwelcome scrutiny, particularly regarding some operations against the Irish Republican Army. Since September 11, 2001, the SAS spotlight has been usurped by the U.S. Navy SEALS, which probably doesn’t bother the Regiment much.

Hard to believe the episode is 40 years back down the trail. BBC ran a photo retrospective. 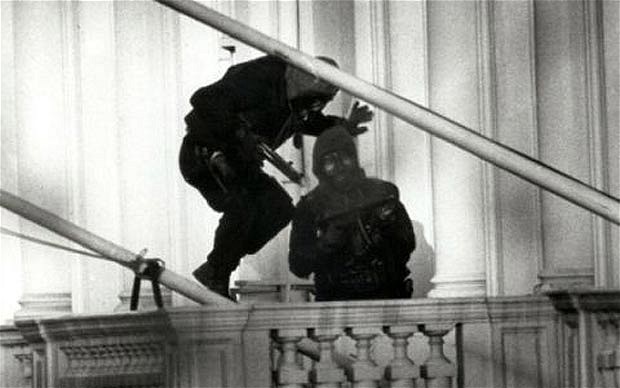 The Independent ran a fine obituary for John McAleese, who led the operation. 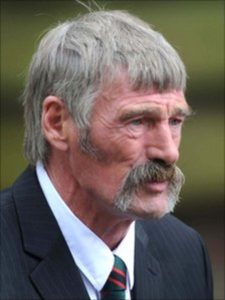 The McAleese family’s story is a sobering reminder that the portion of the hero after the moment of glory can be terribly rough and bleak. He went on to serve in the Falklands and in Northern Ireland, and after his discharge in 1992, he did some TV work and security consulting. His son followed him into the Regiment and was killed by an IED in Afghanistan in 2009. His daughter Hayley said the old soldier never got over the death of his son. McAleese died of a heart attack just two years later at the age of 61. His 49-year-old second wife Joanna committed suicide on a mountainside on Remembrance Day in 2019.