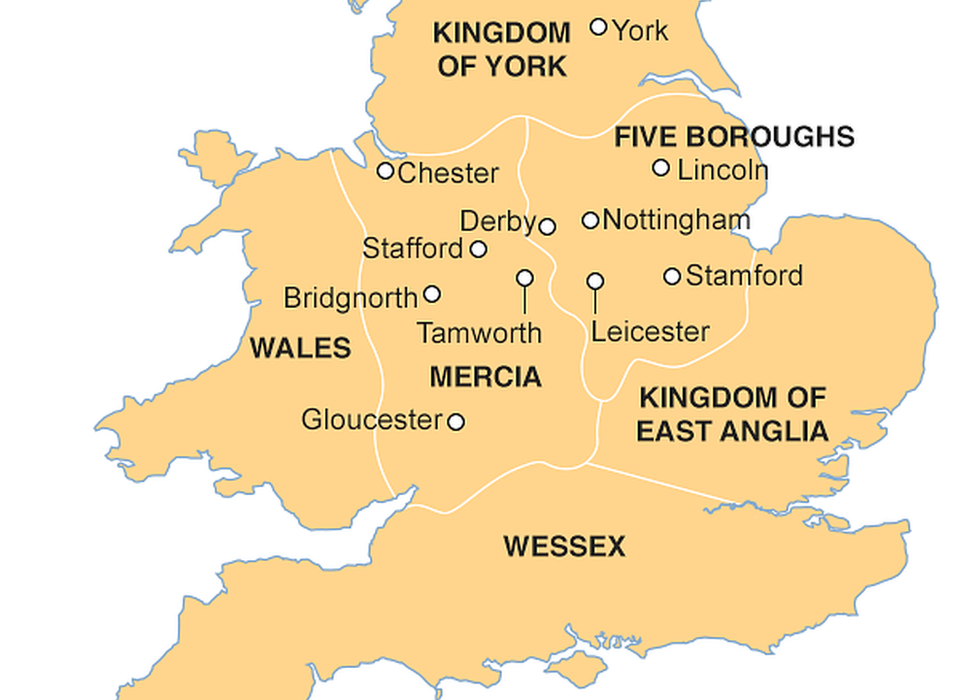 Clan Cornelius has been spending many an evening during the Great Quarantine on the frontiers of Dark Ages England, watching The Last Kingdom. We rewatched Season 3 and have delved into Season 4 which is now available in its entirety on Netflix.

Based on Bernard Cornwell’s Saxon Chronicles, the Last Kingdom of the title is 9th Century Wessex under King Alfred — English land that has not fallen to the ravages of the Danes.

The protagonist is a Saxon named Uhtred who was captured as a youth and raised as a Dane. He’s the classic Frontier Partisan man of the middle ground, caught between cultures. He is King Alfred’s Man Who Knows Indians. With all the swagger and charisma that surround the successful warrior, Uhtred is an irresistible draw to the ladies. One in particular currently has a place in his heart — and she is a lady of note in her own right. That would be Alfred’s daughter, Aethelflaed, the Lady of Mercia. 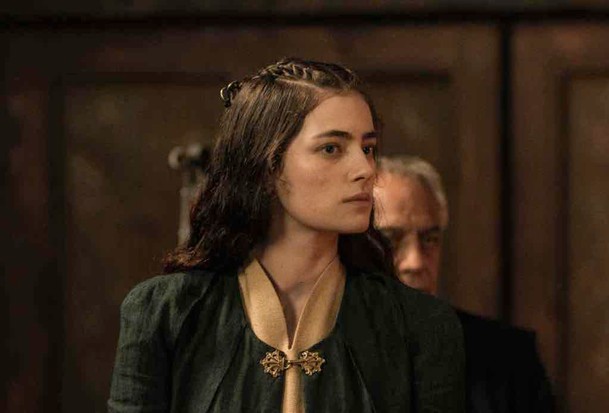 Charmingly portrayed by Millie Brady, Aethelflaed was a genuine warrior queen and quite remarkable historical figure. The de facto and then official ruler of Mercia, a kingdom in central England allied to Wessex, she was an exceptional woman for the period. Because of the success of the show, Aethelflaed has recently earned a moment in the historical spotlight that was denied to her by earlier chroniclers, who focused on the deeds of her father and her brother Edward, who succeeded him to the throne of Wessex.

Aethelflaed was a capable military commander and was unique in Anglo-Saxon England as a woman who ruled in her own right, then passed her kingdom to her daughter. BBC asks:

So why is Aethelflaed’s name not blazoned across British history?

Alison Hudson, from the British Library, says: “It’s about who wrote the history. The main source for the period, the Anglo Saxon Chronicle, comes in different versions.

“The most commonly used version was written in Wessex, under the reign of Edward, and it almost writes her out of existence.

“While Aethelflaed is subduing the Welsh and Viking raids, taking Derby and Leicester, the Wessex chronicle concentrates entirely on Edward.”

Most of her achievements are contained within a different version of the chronicle.

Ms Hudson “This contains something called the Mercian Register, which gives far more credit to Aethelflaed.

“Tellingly, records from Ireland and Wales, beyond the reach of an Edward who has designs on Mercia, really big her up.”

“Her fame spread in all directions” and “through her own cleverness, made peace with the people of Alba and the Britons.”

Clan Cornelius loves her. Here’s to our Lady of Mercia, who knows that the pointy end goes forward. 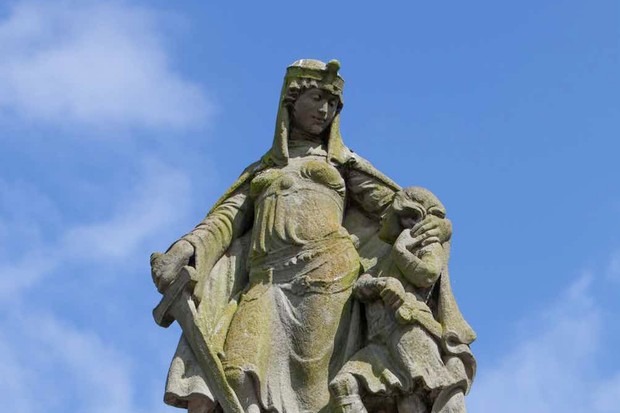