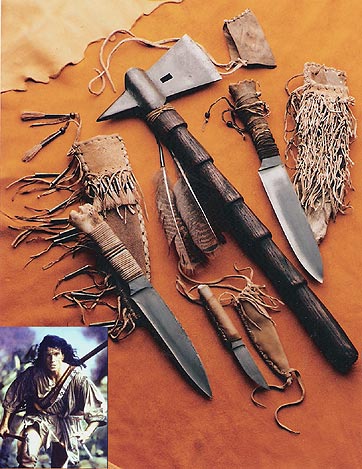 Blades for the 18th Century frontier ranger by Daniel Winkler.

I love to see the echoes of frontier times past play out in modern contexts and on various continents.

I see Frederick Courteney Selous as an heir to Daniel Boone, P.J. Pretorius as kin to Simon Kenton.

And 21st  Century military “operators” are very much the heirs of the storied traditions of the Frontier Partisans. The U.S. Army Ranger tradition ties itself explicitly to Rogers Rangers. The Green Berets who work with indigenous forces are working in the tradition of Al Sieber with his Apache scouts.

The connection was made explicit for me yesterday, through an artifact.

I was listening to the audiobook of “No Easy Day,” “Mark Owen’s” memoir of his service as a Navy SEAL. (Owen is a nom de plume taken to preserve anonymity). Owen took part in the raid that killed Osama bin Laden. In the narrative, he runs down his kit for the raid. Of course the DEVGRU SEALS have top-tier, state-of-the-art gear, including four tube night vision goggles that run $65,000 a pop (!) But the piece of gear that got my attention and made me smile was Owen’s Daniel Winkler fixed-blade knife.

I’ve lusted over Winkler’s blades for decades, in the pages of Muzzleloader Magazine. The master bladesmith works in the old style, hand-forging period-correct, traditional blades of great beauty and functionality. He made the knives and ’hawks for the principal characters in the movie “The Last of the Mohicans.” 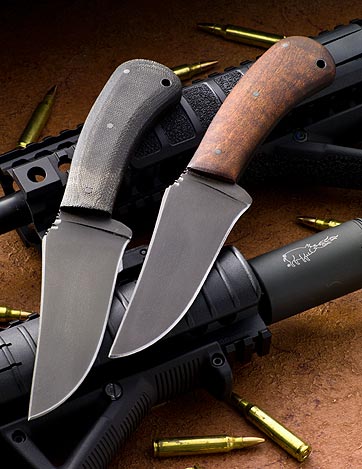 For a while now, he’s been also been making modern blades for modern Frontier Partisans.

“In recent years I have had the honor of working with Special Forces Teams in the United States Military, as well as Allied Forces from around the world. This involvement prompted the establishment of the Winkler Knives II product line. The knives and axes in the WKII Collection are all custom made in my shop. Rather than being hand forged, however, they are created through the stock removal process. All designs featured in Winkler Knives II are born of Warriors’ experience.”

I’ve always meant to treat myself to a Winkler blade one day. They ain’t cheap, of course, though not out of line for a true custom knife. That won’t happen for a while, but I got a big smile out of the thought that the guy who made Hawkeye’s knife sent a blade on the most significant raid of the 21st Century.