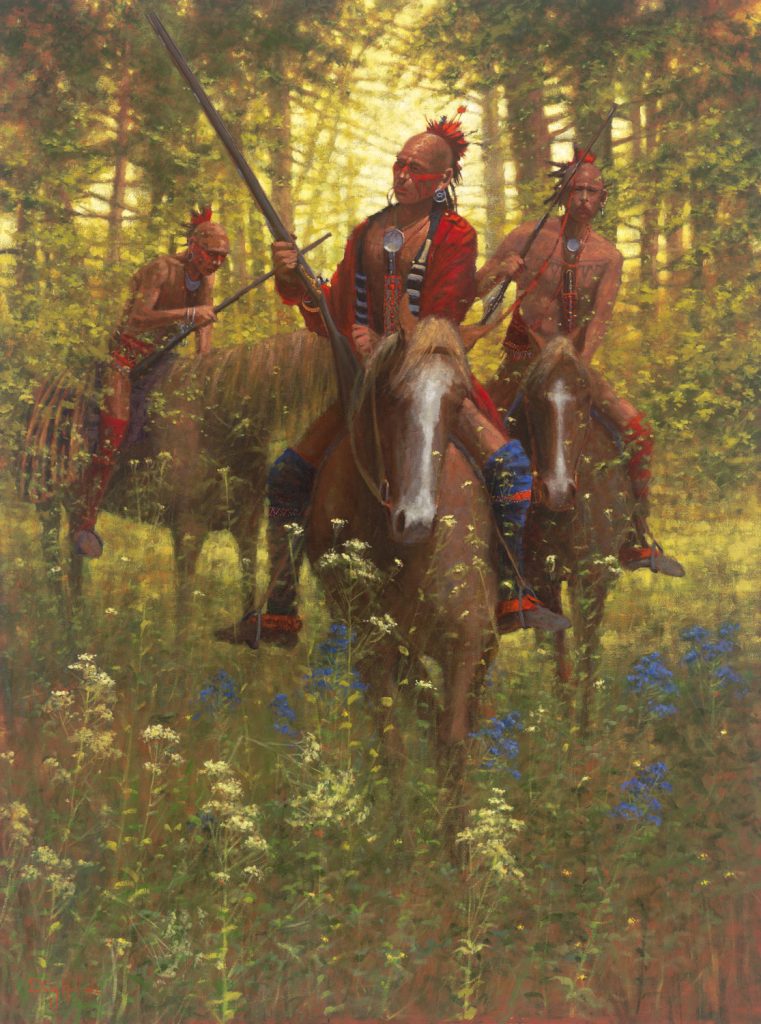 I’ve probably given Tecumseh short-shrift here at Frontier Partisans. He is widely regarded as the most talented leader of the indigenous resistance to American power and the pan-Indian movement he sought to create in the early years of the 19th Century was the last best chance to establish a genuine (non-reservation) native sovereignty in the territory that became the United States.

My relative neglect of this fascinating man and mighty historical force is not out of any negative impulse to debunk — I freely and happily acknowledge his greatness.  Guess I’ve chosen to focus on men who have, unjustly, been lost in his long shadow. The Shawnee militant captain Weyapiersenwah, aka Blue Jacket fought through the American Revolution and led the coalition of Ohio Country tribes that inflicted the worst defeat ever suffered by the U.S. Army at the hands of the native resistance. I profiled Weyapiersenwah in Warriors of the Wildlands because he doesn’t get his due. He blazed the trail for Tecumseh, and the young militant literally learned at his campfire. Tecumseh, who was named after a comet, The Panther Passing Across, was not a unique native genius — though an extraordinary one; he was part of a tradition of militant leadership among the Shawnee and other Ohio Country peoples.

All that is a long preamble to announcing that Frontier Partisan Wade McKnight has scouted up a major forthcoming biography. 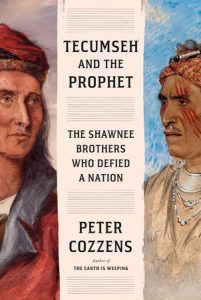 The first biography of the great Shawnee leader in more than 20 years, and the first to make clear that his misunderstood younger brother, Tenskwatawa, was an equal partner in the last great pan-Indian alliance against the United States.

Until the Americans killed Tecumseh in 1813, he and his brother Tenskwatawa were the co-architects of the broadest pan-Indian confederation in United States history. In previous accounts of Tecumseh’s life, Tenskwatawa has been dismissed as a talentless charlatan and a drunk. But award-winning historian Peter Cozzens now shows us that while Tecumseh was a brilliant diplomat and war leader–admired by the same white Americans he opposed–it was Tenskwatawa, called the “Shawnee Prophet,” who created a vital doctrine of religious and cultural revitalization that unified the disparate tribes of the Old Northwest. Detailed research of Native American society and customs provides a window into a world often erased from history books and reveals how both men came to power in different but no less important ways. 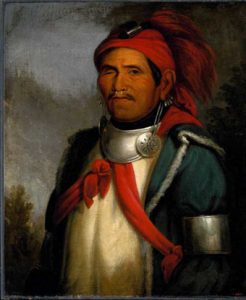 I must admit that I have been dismissive of Tenskwatawa exactly the way Cozzens describes. That’s certainly down to the powerful influence of Allan W. Eckert in The Frontiersmen and A Sorrow In Our Hearts. Eckert did, in fact, portray Tenskwatawa as a talentless charlatan, a burden to his noble and heroic brother, one who nearly destroyed his movement by engaging American forces at Tippecanoe in 1811. Like most white Americans from Tecumseh’s adversary William Henry Harrison down to the present day, I find Tecumseh’s military and political acumen more relatable than Tenskwatawa’s Great Awakening. That leads to some biases that distort the nature of the brothers’ movement. I look forward to having my understanding enlarged and corrected.

The book is due out in September.

PBS’s series We Shall Remain (the title of which comes from one of Tecumseh’s eloquent orations) features a chapter on the Shawnee leader.

Amazon Prime features a well-done four-part documentary on the War of 1812 that does a fine job of setting Tecumseh’s role in context.