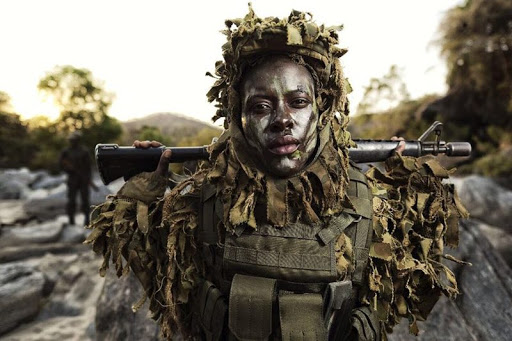 Akashinga: The Brave Ones is set to have its world premiere at the EarthXFilm Festival, which will be held virtually April 22-27 to celebrate the 50th anniversary of Earth Day. The documentary short is also an official selection of the Tribeca Film Festival and will broadcast on National Geographic later this year in 171 countries and 43 languages.

Frontier Partisans readers know that the history of South Africa and Rhodesia/Zimbabwe is one of the pillars of the endeavor. Ever since I first read of the exploits of Frederick Russell Burnham as a young teen, I have found myself powerfully drawn to the region. Something in the landscape — so similar in many ways to the American West — hits me right in the solar plexus. It’s one of those weird cases of having a sense of nostalgia for a place you’ve never been.

I would be absorbed in this story for the landscape alone, but it is, of course, a bigger tale than that — and I find my blood stirred all the more.

With many of Africa’s key species, including elephants, reaching levels near extinction, Akashinga is a radical, new and highly effective weapon against poaching. The group was founded by Damien Mander, who serves as CEO of the International Anti-Poaching Foundation and Akashinga.

The docu shows how the team, drawn from the abused and marginalized, is revolutionizing the way animals are protected and communities are empowered — and its members’ own lives are being transformed. Mander’s innovative approach to conservation calls for community buy-in rather than full-on armed assault against poachers. With the COVID-19 global pandemic, Akashinga is more crucial now than ever as resources are becoming scarce and wildlife becomes more vulnerable to poachers.

“The illegal trafficking of wildlife is one of the world’s largest criminal industries, linked to terrorism and, some evidence suggests, to the pandemic we’re struggling to stop,” said Mander. “Wildlife trafficking must be stopped at the source. This is the job of wildlife rangers like the Akashinga. They’re the first and last line of defense not just for nature, but also for humanity.”

Speaking of the history of Rhodesia/Zimbabwe, I am thrilled to see that historian and guide Peter Baxter is back in action. 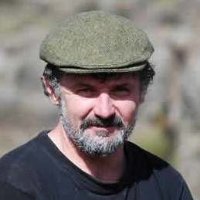 For the last eighteen months or so, as time permitted, I have been working on a small pet project, producing the first in a series of fifty-thousand word audio books, also available, as Kindle downloads, but primarily aimed at audio and podcast listeners…the idea is to treat individual episodes and stories as stand alone themes, in the belief, I suppose, that no-one really has the time these days to invest in the enormous tomes of yore that beat the panels of history from alpha to omega. Taken as a whole, as I add to them, I hope that a comprehensive, but very personal journey through the history of this burdened but beautiful region will come to light. They are all available on Amazon and on Audible, and also, of course, on my website, peterbaxterhistory.com…!

The audio capability means my drive-time will be filled with African adventure and enrichment.

Baxter is my kind of historian — he’s not grinding an ax, he’s telling true stories as accurately as strong research can make them, with a deep understanding of the complexity and contradiction that marks all human endeavor. Especially on frontier borderlands. 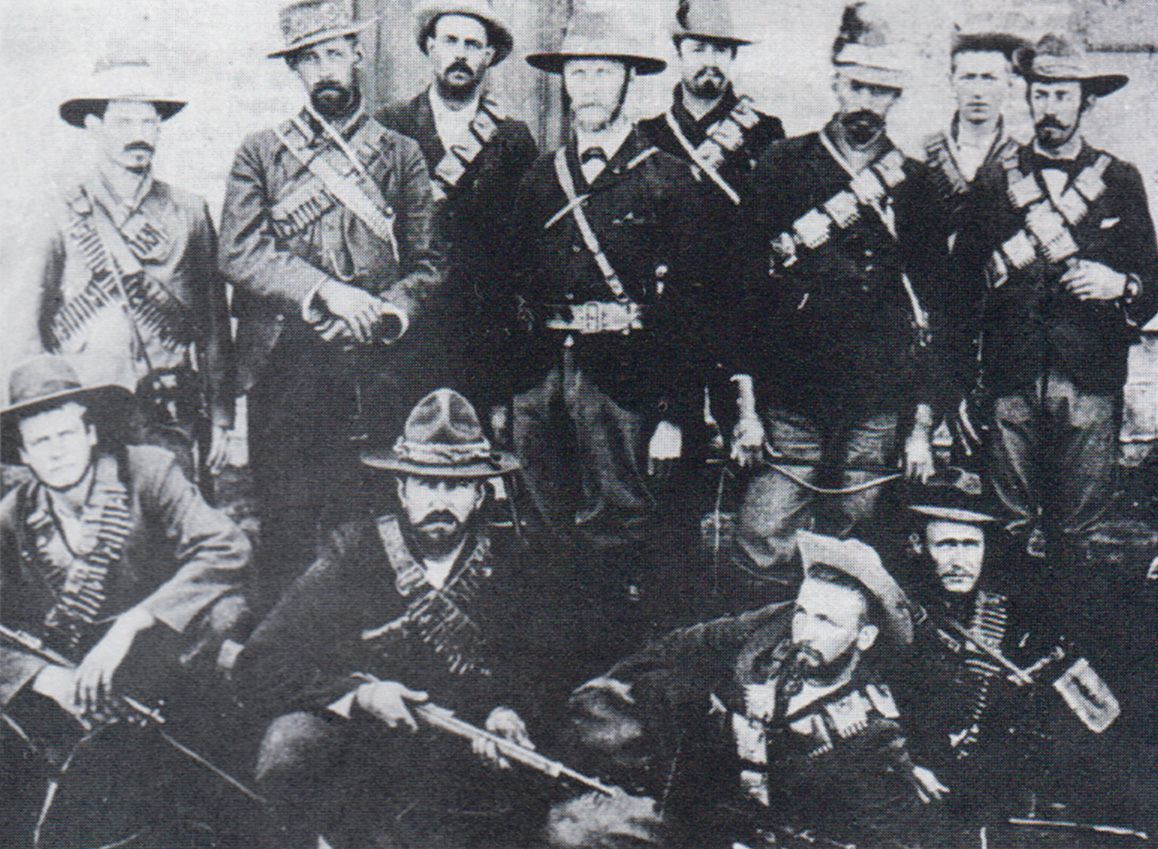 Deneys Reitz is a beloved figure among the Frontier Partisans I profiled in my book Warriors of the Wildlands. The Boer rifleman who rode to war at the age of 17 and wrote the masterpiece war memoir Commando is, for me, a most congenial fellow. Raised on the veld with horse and rifle, he was a badass warrior and scout — but also a fine writer and a man of broad social and cultural vision. Much as Theodore Roosevelt described Frederick Courteney Selous (another favorite) his life encompassed a nicely balanced alternation of civilization and wilderness. I’m drawn to those who are both men of letters and men of the field, who have equal facility with rifle and pen.

So I was pleased to discover a relatively new work by the eminent historian of Africa, Martin Meredith: 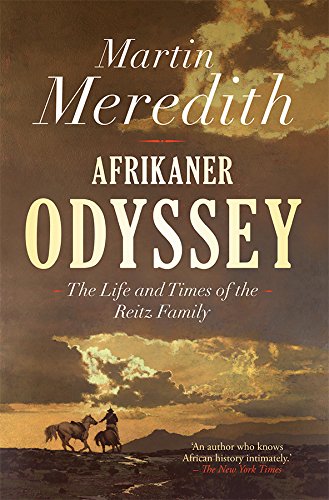 Diamond Gold & War, Meredith’s history of South Africa from the discovery of diamonds in the northern Cape Colony in the 1860s through the Second Anglo-Boer War has pride of place on my Frontier Partisans book shelf. I love the book and recommend it ardently.

This one, unfortunately, is only available as an e-book in the United States, but, then, it only cost $4 and that’s a steal.

The odyssey of the Reitz family passes like a thread through the tapestry of South African history in the nineteenth and early twentieth centuries. Originally Dutch-Afrikaner gentry from the Cape, the family moved to the frontier settlement of Bloemfontein and played a key role in the building of the Orange Free State.

At the heart of this tale is the extraordinary career of Deneys Reitz, whose account of his adventures in the field during the Anglo-Boer War (1899-1902), published as Commando, became a classic of irregular warfare. Martin Meredith interweaves Reitz’s experiences, taken from his unpublished notebooks, with the wider story of Britain’s brutal suppression of Boer resistance.

Concise and readable, and featuring rare photographs from the family archives, Afrikaner Odyssey is a wide-ranging portrait of a distinguished Afrikaner family whose presence is still marked on the South African landscape.

The late and sorely-missed blogger and off-trail explorer Jenny Bennett was a Reitz comrade, too, and her work at Endless Streams and Forests on his involvement the Anglo-Boer war is excellent and worth exploring.

And one last bit from Africa… Boer reenactor MC Heunis demonstrates the loading and firing of the Monkeytail Westley Richards Rifle, one of the first successful breechloading blackpowder rifles.

Westley Richards is one of the venerable English makers, operating in Peaky Blinders territory in Birmingham, England, since 1812.

Previous Post: « Free-Shooter And Partisan: The Tale Of a Teenaged Resistance Fighter
Next Post: A Victim Of Life’s Circumstances »