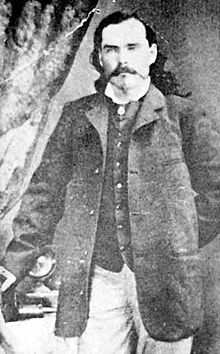 Billy Dixon was one of the great Frontier Partisans. 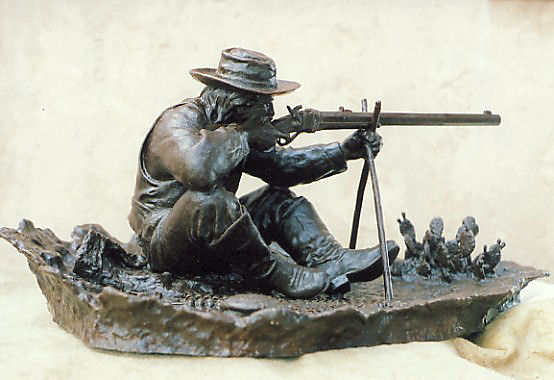 The war in Afghanistan has given the annals of military history the two longest sniper kills.

Corporal Craig Harrison of the Household Cavalry Life Guards of the British Army holds the record for a 2,707-yard shot in 2009, using an Accuracy International rifle in .338 Lapua. Corporal Rob Furlong of the storied Canadian Princess Pats made a 2,657-yard kill shot in 2002 using a .50 caliber sniper rifle.

The pioneer in the field of ridiculous long-range combat shooting wasn’t in the military; he was a civilian buffalo hunter named Billy Dixon.

Dixon was one of 28 buffalo hunters, skinners and merchants holed up in a cluster of sod and adobe buildings on the Texas Panhandle known as Adobe Walls in the summer of 1874, when Comanche and Kiowa militants decided they’d have a go at exterminating the market hunters who were exterminating their commissary.

Some 700 warriors swept down on the tiny outpost at dawn, and they probably would have overrun the sleeping hunters in minutes if not for a powerful piece of luck. The ridge pole of a sod store/saloon operated by an Irishman named Hanrahan cracked like a pistol shot in the dark before dawn, rousing the hunters from their bedrolls. Hanrahan later claimed that he’d actually had a premonition of danger and fired off a pistol shot to wake the men, but that sounds like the Irishman gilding the shamrock to me. I’m sticking with the cracked ridge pole version.

Anyway, the hunters were up, some of them taking a bracing shot of morning whiskey, when they spotted the Indians sweeping down upon them.

The Comanche and Kiowa were well-armed, but their lever action rifles were chambered in .44 rimfire or .44-40 — short-range pistol caliber weapons. Losing the element of surprise, they started taking casualties from the fire of the heavy rifles of the buffalo hunters. Horses and warriors started to bite the prairie dust.

The attacker surged into the Adobe Walls compound, shooting horses, mules and oxen, but they could not punch through the dense sod walls that sheltered the hunters.

The attack devolved into a siege, with the warriors mounting occasional unsuccessful charges. On the third day of the siege, a group of chiefs gathered to confer on a hill nearly a mile distant from Adobe Walls.

Dixon borrowed Hanrahan’s .50-90 Sharps “Big Fifty” rifle to take a crack at them. Dixon was a crack shot. Like most expert riflemen, he truly loved long-range rifle shooting. He practiced a lot and paid attention to the quality of his loads. He took a rest, adjusted the vernier sight, set the trigger, drew bead and let fly. He was shooting for the group 1,578 yards away.

It took 5.3 seconds for the massive slug to arc through the high plains air and come slamming down into one of the mounted warriors. He fell from his horse and the chiefs scattered like quail.

Best evidence indicates that the warrior suffered a broken arm and survived, so technically Dixon doesn’t get credited for a “kill.” But the shot served its tactical purpose. The Comanche and Kiowa had had enough of the accurate, extreme-range shooting of these hunters. They abandoned the siege.

Billy Dixon went on to do some scouting for the Army. He was awarded the Medal of Honor for gallantry in battle during the Buffalo Wallow Fight, where his long-range marksmanship again helped to hold off a force of Comanche and Kiowa for three days.

He later became a sheriff, justice of the peace and a homesteader in the Panhandle, where he died of pneumonia in 1913 at the age of 63.

There’s an interesting analysis of the Adobe Walls shot and a recreation of same here.