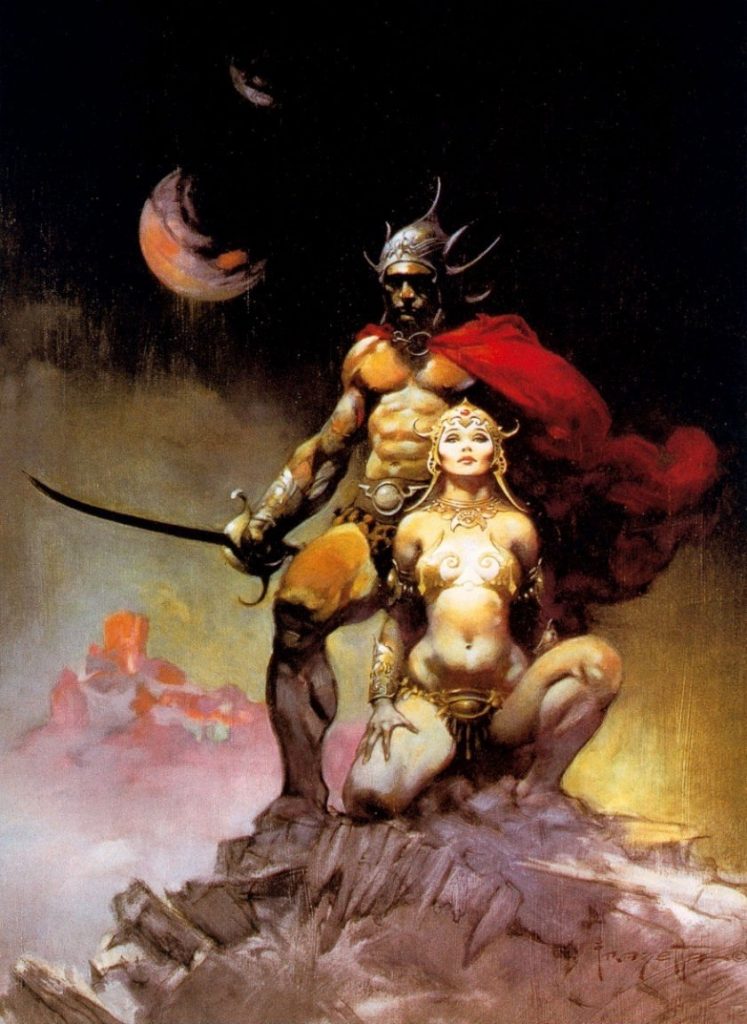 Deuce Richardson has long held aloft the torch in honor of Edgar Rice Burroughs. Lane Batot will extoll the joys of the Tarzan novels at the drop of a hat — and he’ll drop the hat himself.

This is as it should be, for ERB was a genuine Frontier Partisans literary giant — one that I have somehow never fully connected with. That needs to be rectified.

Deuce has produced a very fine tribute to ERB marking the 70th anniversary of his voyage to a literary Valhalla. Deuce writes:

Like Homer, Burroughs can’t die. He gave us heroes that we need.

Burroughs lays a stronger claim to Frontier Partisan lineage than just about any other writer. The man chased The Apache Kid while serving as a cavalryman in the Arizona Territory in the 1896. That’s right — while Frederick Russell Burnham was dueling with the Matabele in Rhodesia, Burroughs was riding the rough country chasing an Apache outlaw ghost. He was the real deal. 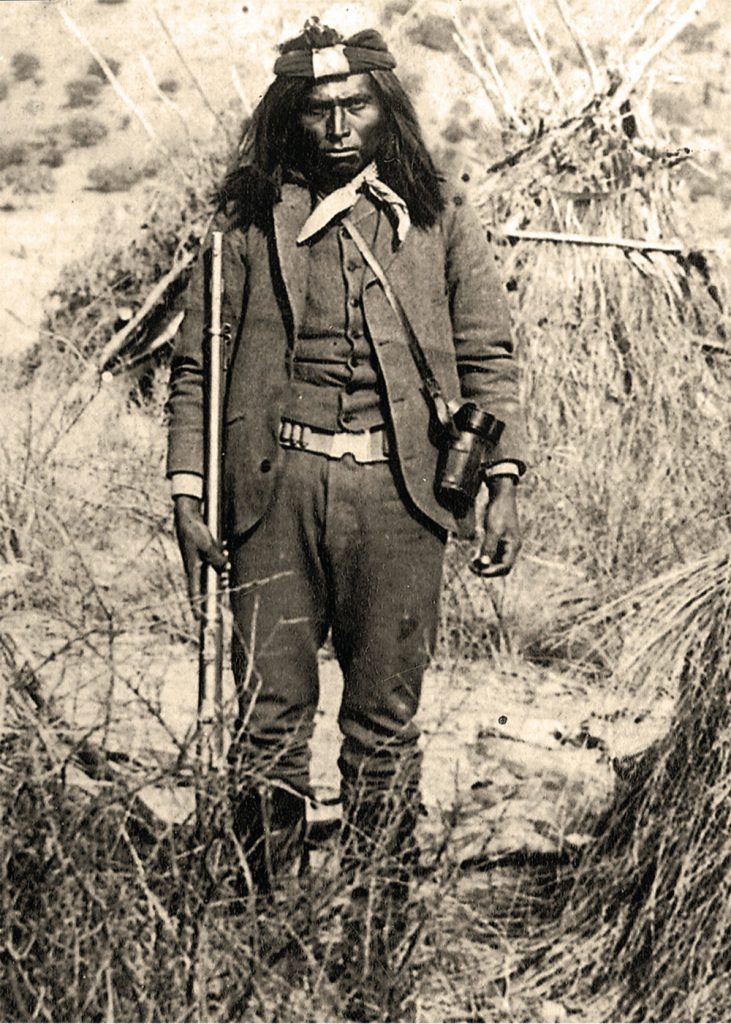 True West Magazine served up an outstanding article on Burroughs’ time on the frontier. A sample:

As Burroughs later recalled, a man and his daughter had been murdered on the Solomonville trail, and the Apache Kid’s band were the presumed perpetrators.

In late August, B Troop was ordered out on scout to hunt for the Apache Kid. Still suffering with dysentery, Burroughs pleaded his way out of the hospital in order to ride with his troop. The ensuing journey followed a wagon trail “short cut” over the high crags of Mt. Graham. This became a hellish ordeal for Burroughs, who was literally falling out of his saddle most of the way.

“All during this march I was carrying fourteen pounds of ammunition and weapons around my waist—a weight which did not greatly alleviate the intense abdominal pain I was suffering.”

In the field several weeks, B troop was at times split into two-man patrols sent out in different directions. Years later, Burroughs observed: “As I look at it now, we were just bait.”

Being a 20-year-old man, Burroughs made note of the Apache women: 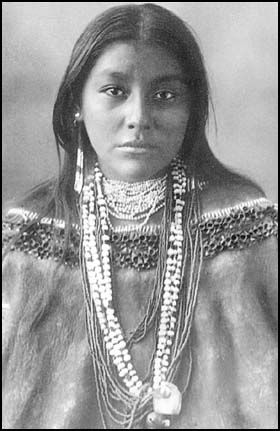 “A never ending source of interest to me were the Apache scouts and their families. We saw little or nothing of their women, though several that I did see among the younger ones were really beautiful. Their figures and carriages were magnificent and the utter contempt in which they held the white soldier was illuminating, to say the least.” 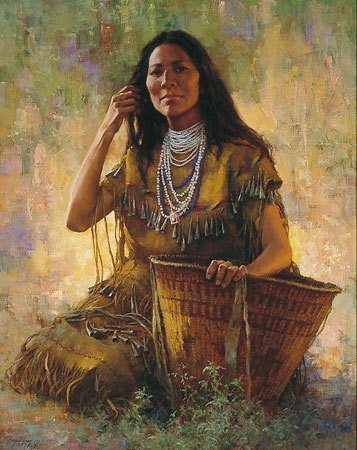 Apache Woman by Howard Terpning. He obviously used the above photograph for reference. Magnificent carriage, indeed.

ERB is, of course, known for his John Carter and Tarzan novels. John Carter is clearly heavily influenced by Burroughs’ Arizona sojourn. He also produced two novels directly inspired by the Apache. From True West:

Burroughs’ legacy of frontier soldiering lives on in his two masterful Apache War novels written nearly a hundred years ago. Within their pages Geronimo, Juh, Cochise and Victorio live again, along with Shoz-Dijiji the Black Bear and his beloved Ish-kay-nay, Cibeque medicine man Nakay-do-klunni and others. Painstakingly researched, written from the heart, and daringly presented from the Apache point of view, The War Chief and Apache Devil contain all the love, hatred and pathos of human existence caught in the crucible of war. 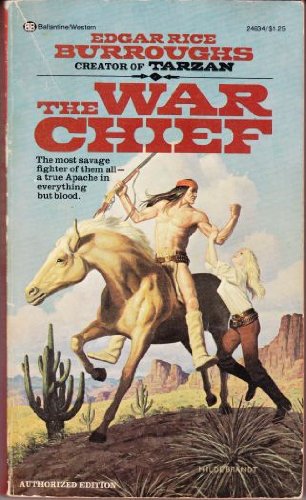 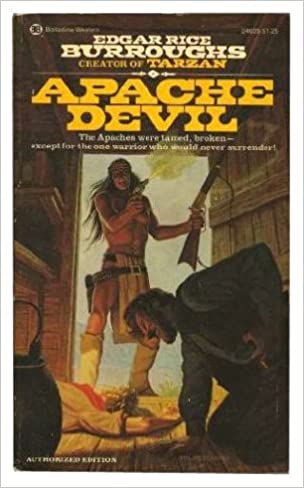 Deuce has inspired me to pick these up and finally really dig in to the legacy of a giant of Frontier Partisan storytelling. 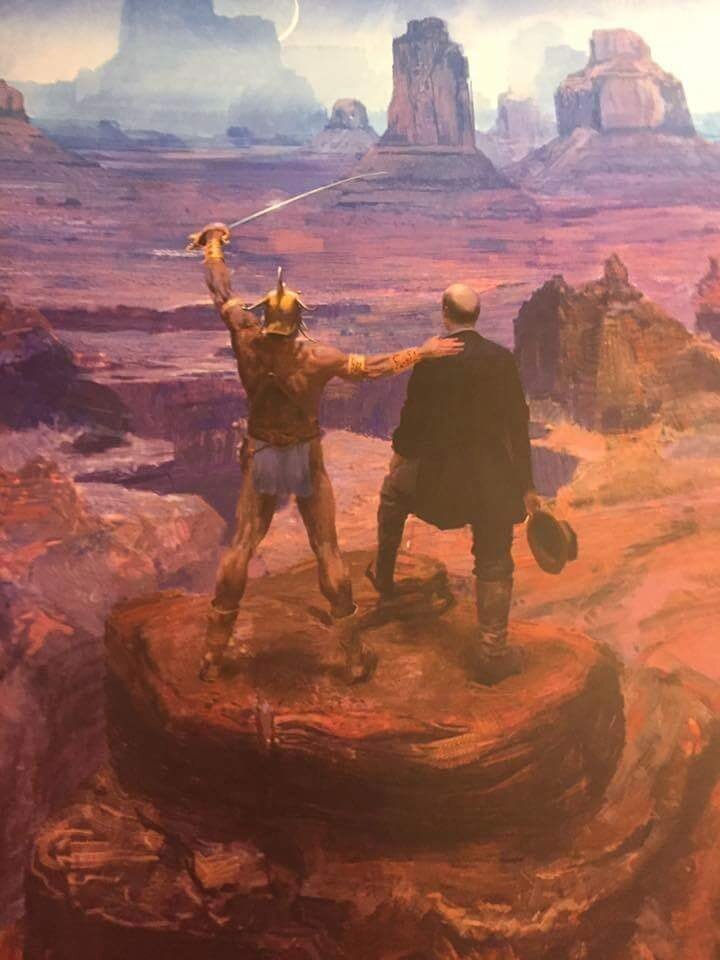