Tamara Saviano’s documentary on the art of the late, great Guy Clark, Without Getting Killed or Caught will premier this spring. The trailer is out now…

Speaking of Texas and her flawed, larger-than life heroes… 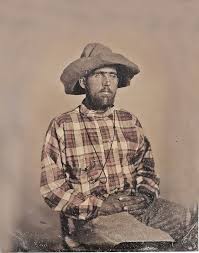 I’ve been riding the contested lands of the Nueces Strip for the past few weeks. Working on the next  book, which will include an extended essay on the cycle of highly-personal violence that defines Frontier Partisans warfare, drawing a through line from the violent Tex-Mex borderlands of the 1840s and ’50s through the Northern Transvaal in 1901 to the Global War on Terror.

My bookstore owning buddy Lane Jacobson helped me along with an advance reader’s copy of Cult of Glory: The Bold and Brutal History of the Texas Rangers. The book drops in June. Revisionist history of the best kind — the kind that gazes clear and hard on the real-deal history, neither polishing up old triumphalist mythology nor engaging in cheap debunkery.

I would assert that the true American frontier character was forged in all of its courage, fortitude, rapaciousness and brutality on the dark and bloody ground of Kentucky. The character that manifested itself in the Texas Rangers in the 1840s was largely defined in the two decades of conflict along the Ohio River.

Into the Bluegrass, by Mel Stewart Hankla which debuts on March 6, explores the material culture of that frontier. 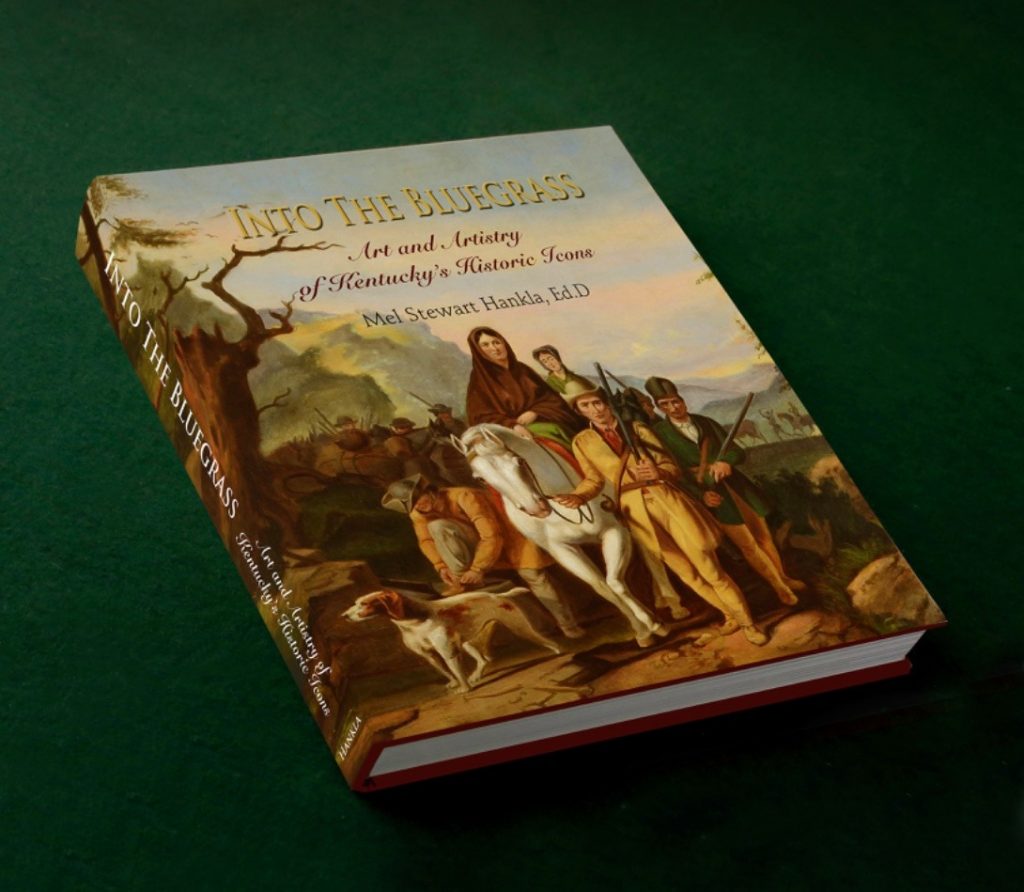 Hankla announced that the beautifully wrought tome is to be released March 6, launched at the Bluegrass Trust Antique and Garden Show at the Kentucky Horse Park. The website www.IntoTheBluegrass.net will also launch that day to accept orders. 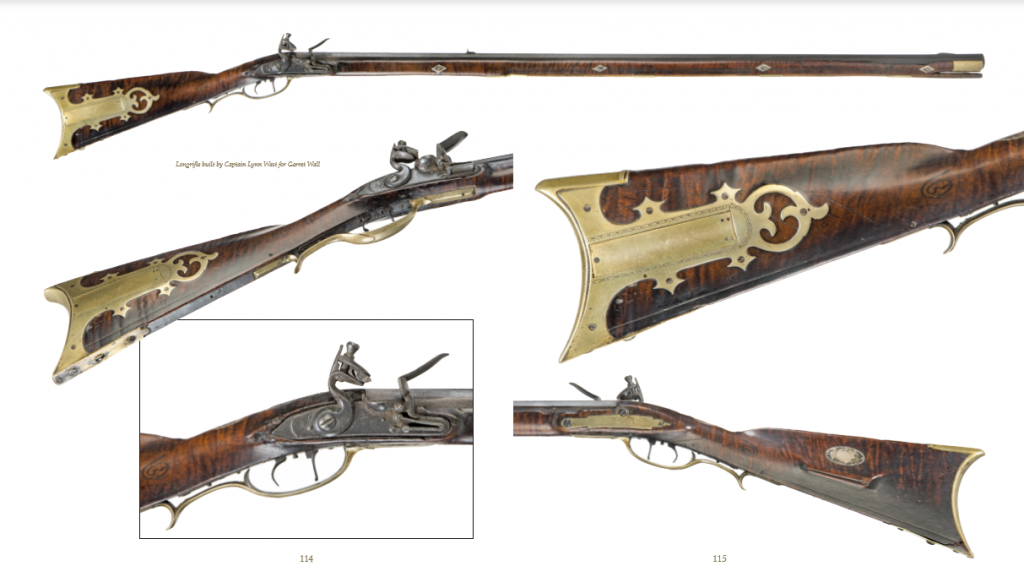 I’d love to get my paws on this beauty, but $80 is just too many plews. Nonetheless, I’m glad it will be out there. Frontier peoples from the Celts to the Norse to the First Nations people of North America, produced exquisite art, despite the demands of everyday life. In Kaintuck you find the legendary “Kentucky” rifle, scrimshawed powder horns, quilts, silverwork, furniture… 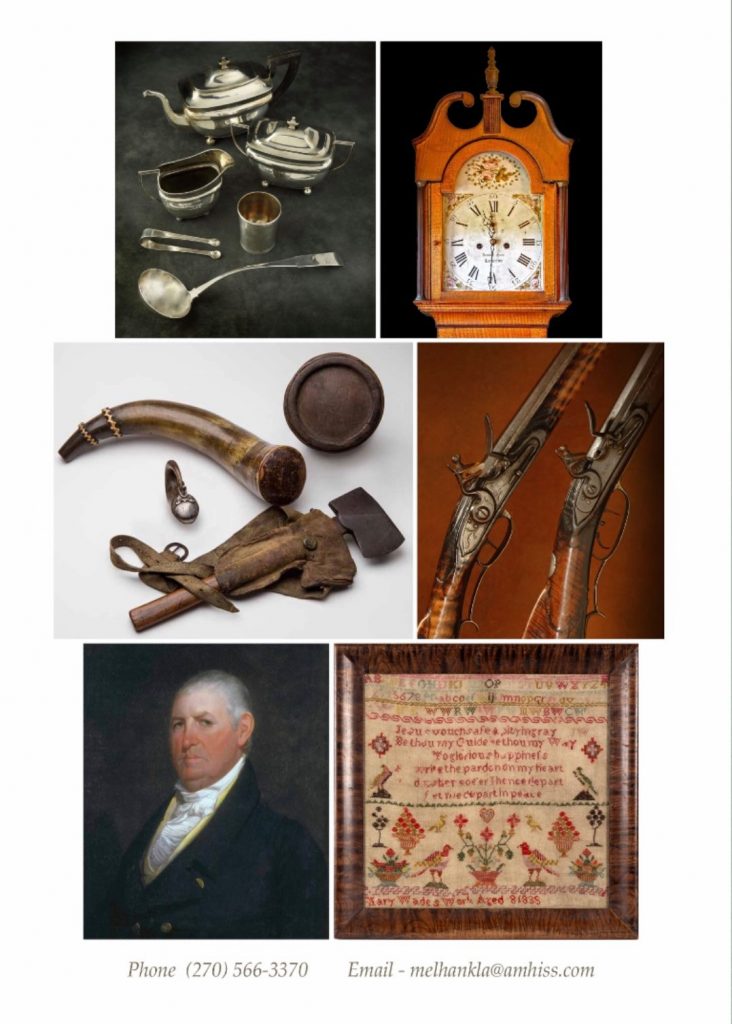 On to Southern Africa… 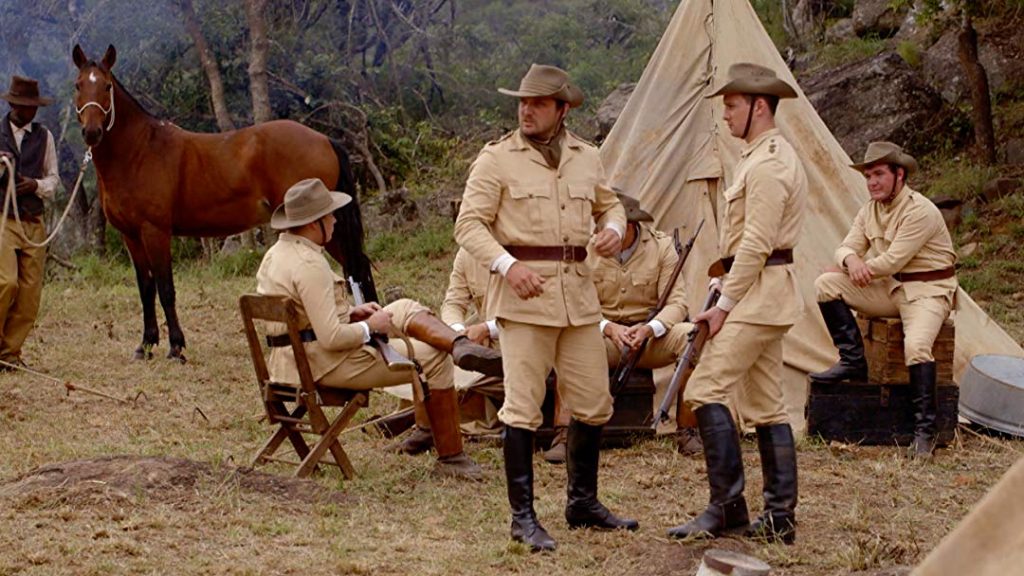 Amazon Prime continues to be a rich vein of Frontier Partisan-related documentaries. Breaker Morant: The Retrial is available at no extra cost and is worth the time. Or view it here: 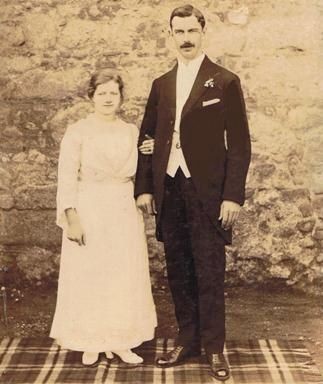 James and Johanna Donnelly. “Jim Donnelly was no angel, sure…”

Also on Amazon Prime: Midnight Massacre — a documentary on the terrible Donnelly Massacre in Ontario, Canada, in February 1880.

February 3rd, 1880. Lucan, Ontario. On a brutally cold night, a horrific plot is about to be executed. Using darkness to conceal their movements, a secret society made up of locals converges on the Donnelly homestead. Many are disguised to conceal their identities. In a savage attack, all four family members at home are cruelly bludgeoned to death, their bodies left to be discovered amongst the smoldering remains of the farmhouse. The mob then continues to another farm where in cold blood they shoot and kill yet another member of the Donnelly family.

In the ensuing investigation, two eyewitnesses to this massacre testify in two of the most sensational trials in Canadian history. Yet, no one is ever found guilty and there are no convictions made. Against overwhelming evidence, the people arrested for this mass murder walk free. How could this have happened? 125 years later, cold case detective Michael Boyd attempts to reconstruct the events and answer questions about what really occurred that fateful night and why no one was brought to justice. Using modern ballistic testing and scientific content analysis this case is examined deeper than ever before.

It’s a low-budget, made-for-TV deal, with some sketchy reenactments and the firearms are anachronistic, but the information is solid. It’s a remarkable case of mob action and justice thwarted. The incident was recounted in Steve Earle’s Justice in Ontario:

Jim Donnelly was no angel, sure

But they burnt the barn, broke down the door

And the children cried while they killed old Jim

Then they killed his wife and then they turned on them

No judge, no jury, no hangman, no…

A new graphic novel is taking on another of the many dark episodes of slaughter in Frontier Partisan history. From NPR:

Ghost River: The Fall and Rise of the Conestoga,a new graphic noveland art exhibit, depicts a gruesome, footnoted event in American history — the Conestoga Massacre. The massacre was an act of brutality that killed an entire community of Native people and almost erased their voices from history. Ghost River hopes to give that voice back, reenvisioning the events through the eyes of Native people. 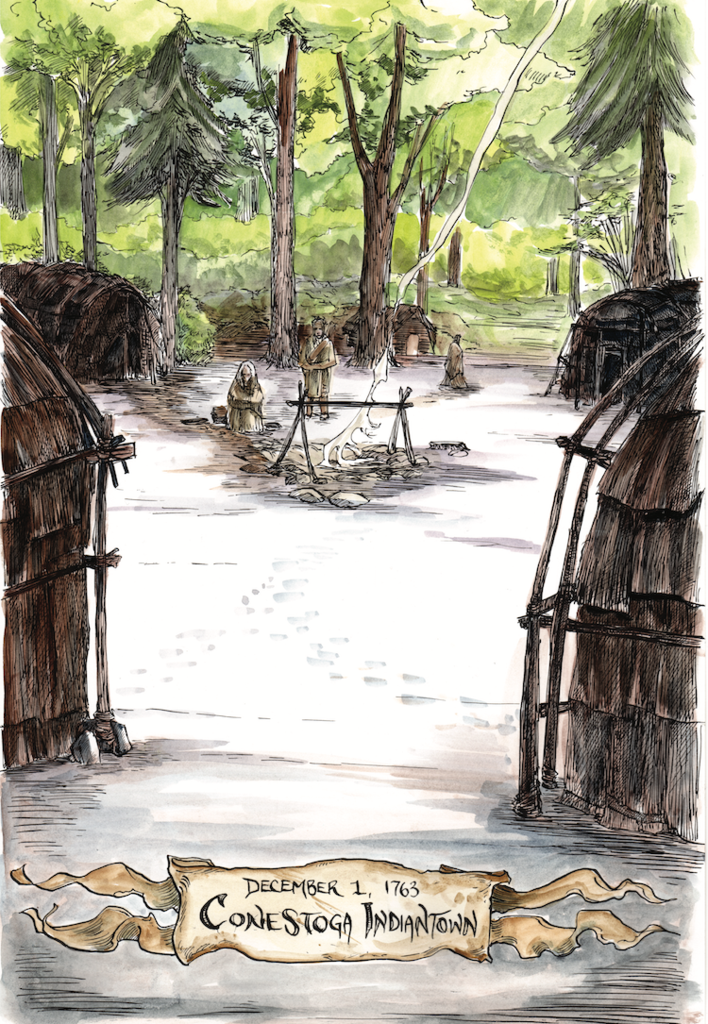 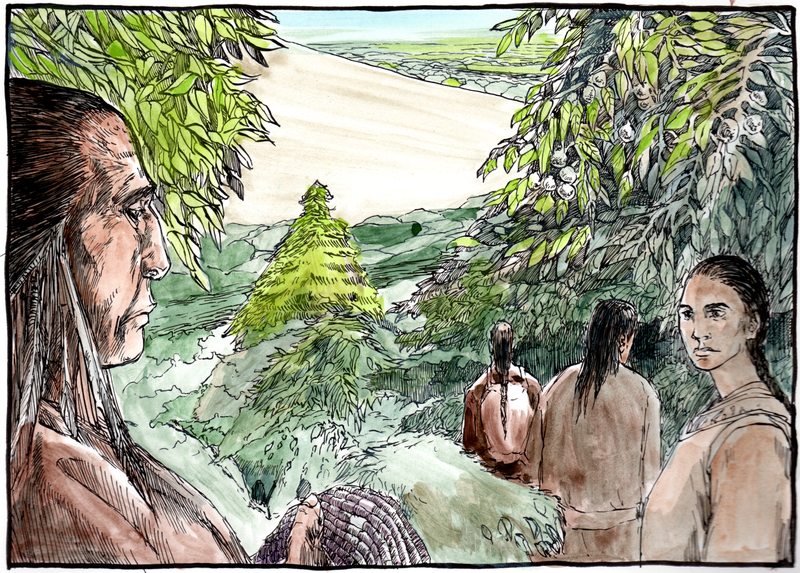 The massacre was a nasty business carried out in Pennsylvania in 1763 at the end of Pontiac’s War by a band of Scots-Irish border men  called the Paxton Boys.

The book can be read online here.

Oh, and Jamestown came available for free on Amazon Prime, so I finally gave it a whirl. Mixed reaction. Production values are strong and the scenery is sumptuous. I wrote a couple of years ago that Jamestown:

Well, it IS a bit of fun, but I’m glad I didn’t pay for it earlier. There’s more than a little tryhard going on in the attempt to create feminist resonance for modern audiences and the notorious Verity Rutter (get it?) “communion” scene is risable.

Worth it, though, to hear Marilyn crack up and shout “Trollop!” at the screen.

It ain’t no Outlander — by a long shot — but it might suit if you’re in a particular mood for a little historical soap. It’s kind of fun to play “historical drama who’s who” with all the wonderful British actors: 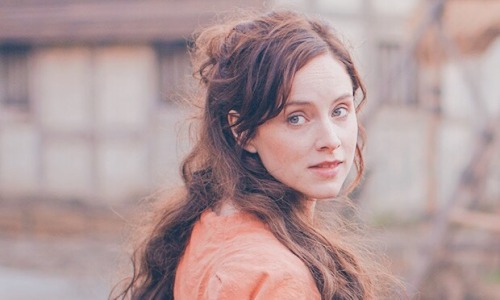 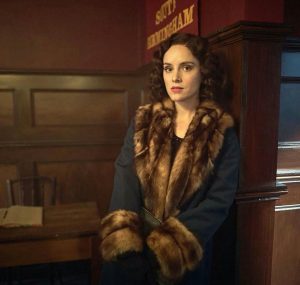 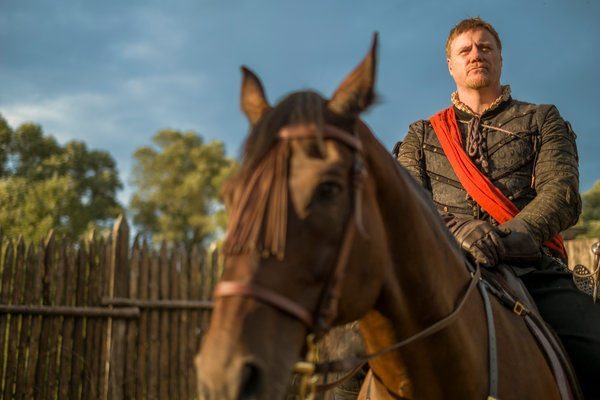 That’s Duncan from Last of the Mohicans! 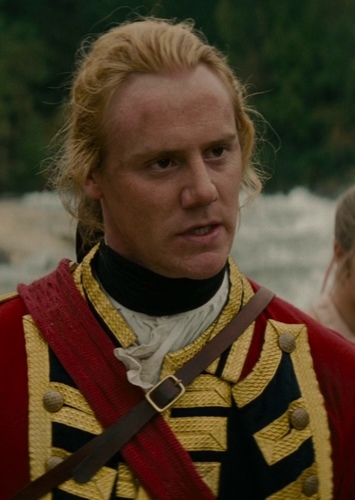 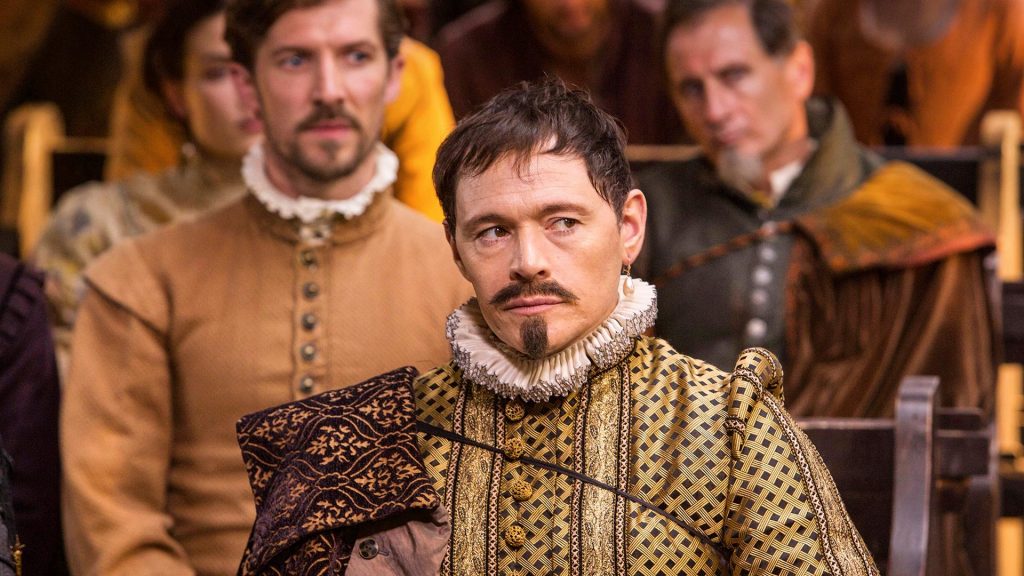 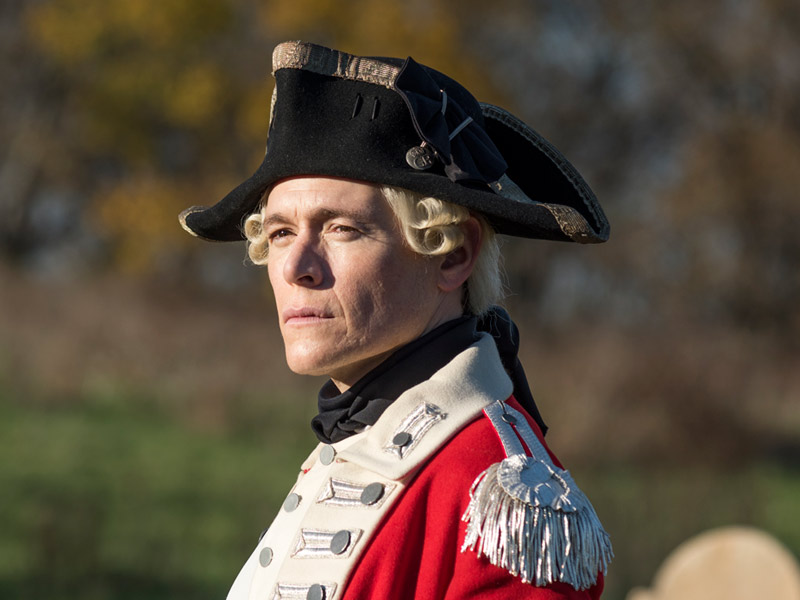 Paul McNamee and Rick Schwertfeger will be whitewashing the
Frontier Partisans fence this week. Paul has contributed a piece on the 1704 French and Indian raid on the town of Deerfield, Massachusetts, and Rick kicks off a two-parter on the Yaqui resistance in Mexico.