“It’s for the land and power.” – Dr. Larry Len Peterson

And it’s to serve God: to convert the savage heathens to The One True Faith. 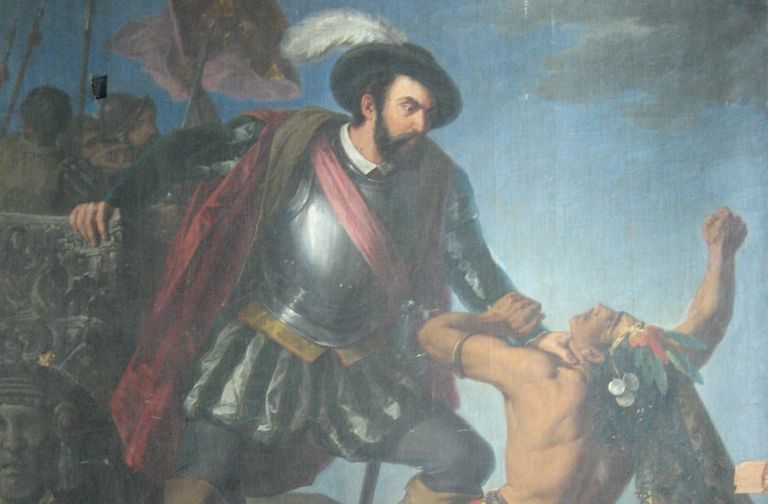 After Hernando Cortez and his Spanish “adventurer”/soldiers finished off the Aztecs, it was time to move inland. The Yaquis people lived in and around the fertile Yaqui River Valley in what is now Sinaloa and Sonora in northwestern Mexico. Spanish conquistador Nuno de Guzman’s entrada (expedition) reached the region in 1531.

“His method was simple: search for Indians, defeat them in battle, steal their food and supplies, and burn their town to the ground to prevent them from giving chase.”

Accounts by the invaders “told a tale of violent men in brutal conditions venting their fears and aspirations on a terrified local populace.” The region “was almost completely destroyed by about as hard a gang of killers as Spain let loose anywhere in the New World.” Guzman’s conquistadors have been described as “Spain’s most depraved, bloodthirsty lunatics.”

But on October 4, 1533, “thousands of armed Indians confronted the Spanish and began to throw fistfuls of dirt into the air, drawing their bows and grimacing fiercely.” A warrior leader actually drew a line in the sand, which if the Spanish crossed the Yaquis would kill them all. When the Yaquis tried to tie up the Spanish horses, Guzman attacked. The Spanish then experienced one of the outstanding characteristics of the Yaquis:

“The Indians fought with as much spirit as any, and I have not seen any Indians fight as well.” (conquistador Jorge Robledo) In battle the Spaniards were “filled with dread by native poison arrows. Those wounded by them died in convulsions or watched in horror as their flesh rotted and fell away from their wounds.” 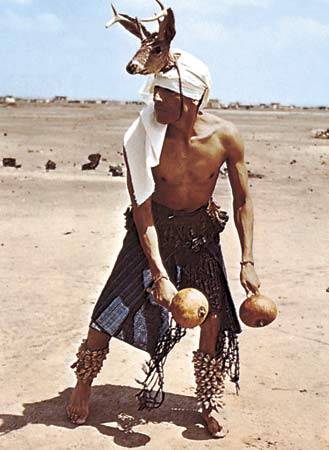 Yaqui warriors earned their fighting reputation. But Yaqui leadership crafted a much more sophisticated strategy for holding the Spanish at bay than just fighting.

For “native peoples who launched apocalyptic campaigns of resistance to the Spanish were almost always crushed out of existence.”

University of Oklahoma historian Raphael Brewster Folsom, in The Yaquis and the Empire (2014) shows that..

“…the Yaquis were masters of a deadly game, balancing armed protest, selective appropriation of Spanish cultural forms, and measured, covert resistance. Through a sophisticated mix of menace, negotiation, and exchange, the Yaquis maintained their cultural and political autonomy in the face of Spanish invasion.” Folsom calls it a mixture of “the arts of smooth diplomacy and ironfisted rebellion.”

Typically, “savage Spanish attacks were followed by disastrous retreat. One after another, expeditions set out for the far northwest, heavily armed and hell-bent on conquest, and one by one they all failed.” Due to the combat successes of Yaqui warriors, the Spanish adapted, beginning to employ “sensitive listening and incremental colonization.” So in the 1590s into the mix came their Jesuit missionaries. For the Spanish mindset — as conquistador Bernal Diaz del Castillo stated in his extraordinary The True History of the Spanish Conquest of New Spain, was “both to serve God and our king and lord.” Indeed, Hernando Cortez “ordered two standards and flags, the royal arms and a golden cross on each side, with an inscription that said: 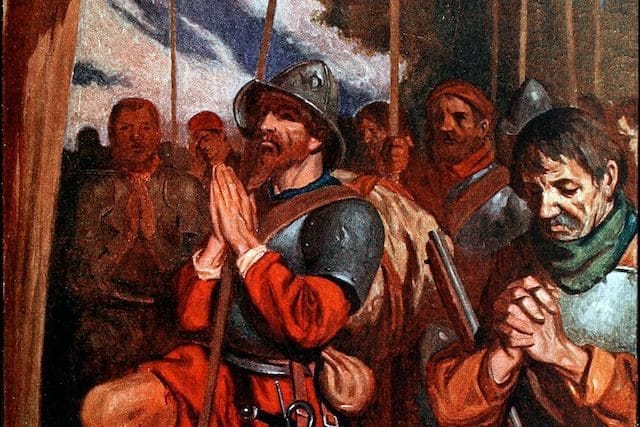 The Jesuits initially aimed “to influence native people through kindness, charity, and partial adoption of native customs.” Isolated on the far frontier of New Spain, sometimes without protection from King’s soldiers, the Jesuits were very vulnerable. But they received mostly tolerant acceptance. Yaquis ignored them, or “played along,” and some truly converted. Eventually the Jesuits employed Yaquis doing the work of the mission (as later in California). A raft of political controversies resulted as the Crown depleted the missions’ workforce by shipping many Yaquis to toil in Sonoran mines. The Jesuits slowly became obstacles to powerful colonial economic incentives. But that was all to come later. For it took nearly two hundred years for the increasingly ineffective relationship between the Jesuits and colonial New Spain to resolve. The missions finally were secularized in 1779.

In the intervening years, violence erupted repeatedly. The Yaquis launched a surprise attack and “thrashed the Spanish and their Tehueco and Mayo allies” in a daylong battle in the winter of 1608-09.

Spanish Captain Martinez de Hurdaide “noticed that the Yaquis were uniquely cohesive in battle. Where 0ther natives fled at the sight of their first casualties, the Yaquis stepped over the bodies of their fallen comrades, pressed the attack, and shouted, ‘Kill, for we are many!’”

Seeing the extent of his losses, especially of the Mayos, Hurdaide retreated. But in the summer of 1609 “early skirmishes spiraled into all-0ut war. Remarkably, Hurdaide and his men did not die. They escaped, snatching defeat from the jaws of obliteration. Hurdaide described the Yaquis as ‘fierce and barbaric, superb, valiant, and arrogant’ in battle. He feared a worse fate if he were to fight the Yaquis again.”

Sophisticated negotiations ensued in 1610. Not only had the Yaquis won on the battlefield, they wrested “substantial concessions from the Spanish.”

“And in making peace with the Mayos and Spanish, the Yaquis gained allies” for the violent years to come. For “the early seventeenth century was a period of unrelenting violence in northwest Mexico. However, in the midst of it, Yaquis and Jesuits learned to live and work together, despite deep antagonism.”