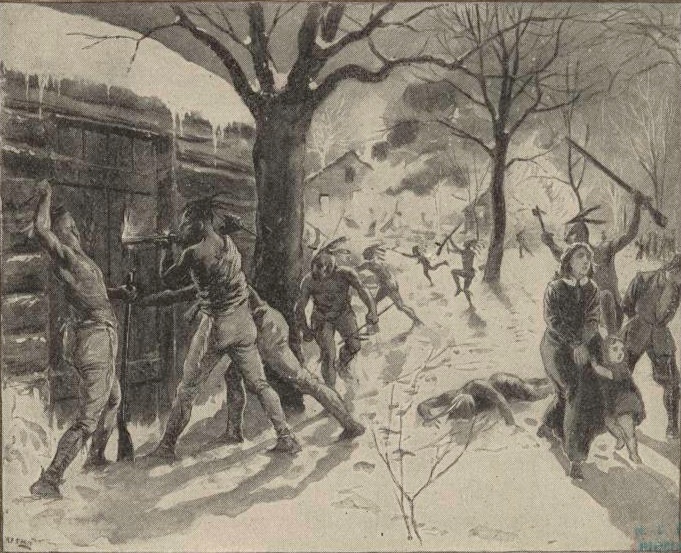 Another European Pot Boils Over

In 1700, Charles II of Spain died, pulling Europe into the War of Spanish Succession, which would last through 1714.

England and France failed to reach a neutrality agreement concerning their American colonies. Hope for neutrality overseas was probably moot. Claims to territories and borders were in dispute. Added to the European mix were the Native tribes. Some were still friendly to the English, but many felt the heavy hand of England pushing too hard, and they were aligning with the French.

North America erupted in conflict in multiple regions. This theater of the War of Spanish Succession has its own designation as “Queen Anne’s War.” One battlefront was French Acadia (now the Canadian Maritimes and Maine.) New France claimed Acadia’s boundary stretched to the Kennebec River in southern Maine. The English were strongly encroaching the area, pushing north, and claiming the land as part of the Massachusetts colony.

The French had plans to raid the Connecticut River valley as early as 1702. Native tribes began gathering in Montreal, Quebec, as early as 1703. Other military concerns — rumors of English warships on the Saint Lawrence river, and a separate raid into Maine — delayed any foray south into Massachusetts. 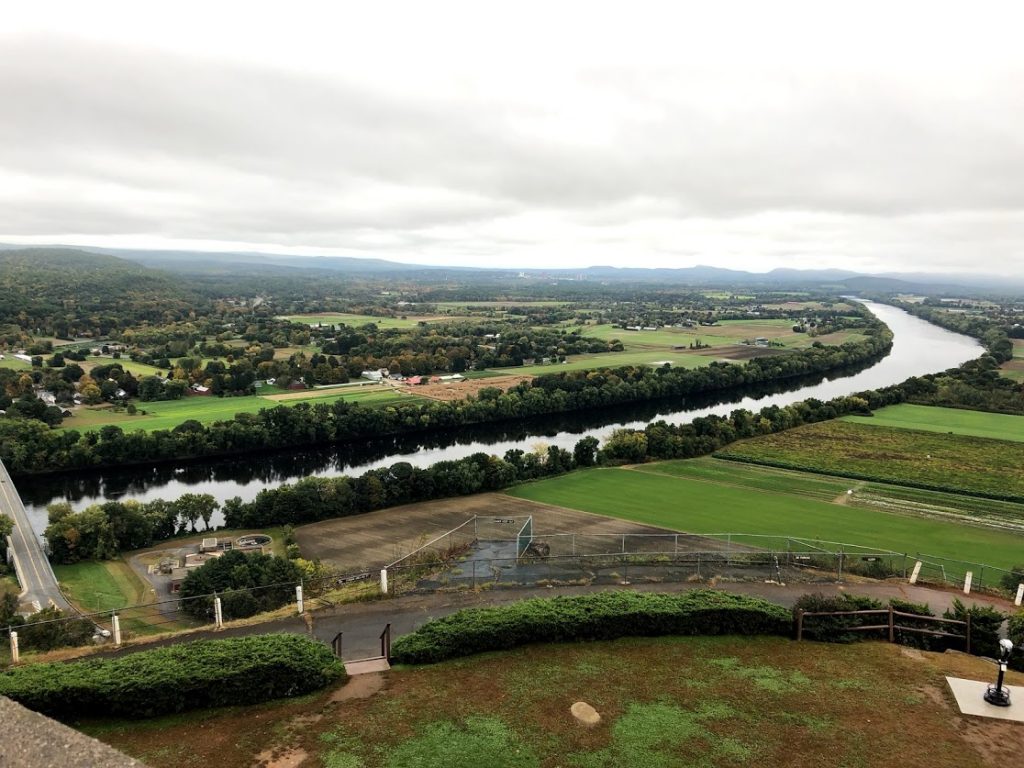 Deerfield, Massachusetts, was a settlement on the frontier. The village was located at the northwest corner of English colony’s border. Conflicts in Maine during 1703 gave the residents of the Deerfield concerns that they might become a target of French retaliation.

In a letter dated Aug 10, 1703, appealing to the government of Connecticut for assistance, Samuel Partridge, senior militia officer wrote;

In January 1704, the raiders assembled in Chambly, south of Montreal. Forty-eight Frenchmen joined two hundred Natives, mostly Abenaki, though others were represented–including Pocumtuc, Deerfield’s indigenous tribe. Years earlier, they had been victims of disease and a bad faith treaty. Their remaining population had been expelled. They had migrated to Canada to live under French protection. 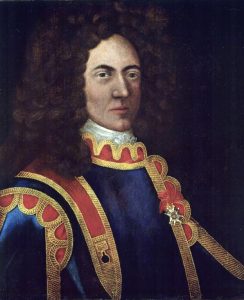 Hertel de Rouville led the raid. Born into a military family in New France, he served in the French Marines of Canada, an autonomous offshoot of the homeland’s Troupes de la marine.

The raiding force was large enough to be spotted. Natives friendly to the English gave warning, but no one knew the specific target. Although wary, the Deerfield residents still did not expect a raid during winter.

In the predawn hours of 29 February 1704, the raiders approached Deerfield. Snow drifts had piled against the palisade—a critical oversight of the village defenders. A few raiders slipped over and opened the north gate. Apparently, the tension was too much for the attackers. Instead of spreading out stealthily and positioning themselves throughout the village for a simultaneous attack, they launched their attack as they poured through the gate. They tore through the village, raiding houses, killing residents, and taking prisoners. Dwellings were put to the torch.

Prisoners were herded north, where part of the attacking force waited for the others to sate their bloodlust. Some villagers managed to fight back, holed up in one of the houses. They held out until reinforcements arrived from surrounding towns.

The arrival of men from Hadley and Hatfield cut the raid short. (One Deerfield resident had slipped away and raised the alarm, and some nearby towns had seen the conflagration.) The English skirmished and sent the raiders fleeing. But in pursuit, the English were ambushed. They fell back to the village. The raid was over–but not for the prisoners.

The French and Indians started the long winter march to back to Canada with 109 captives. 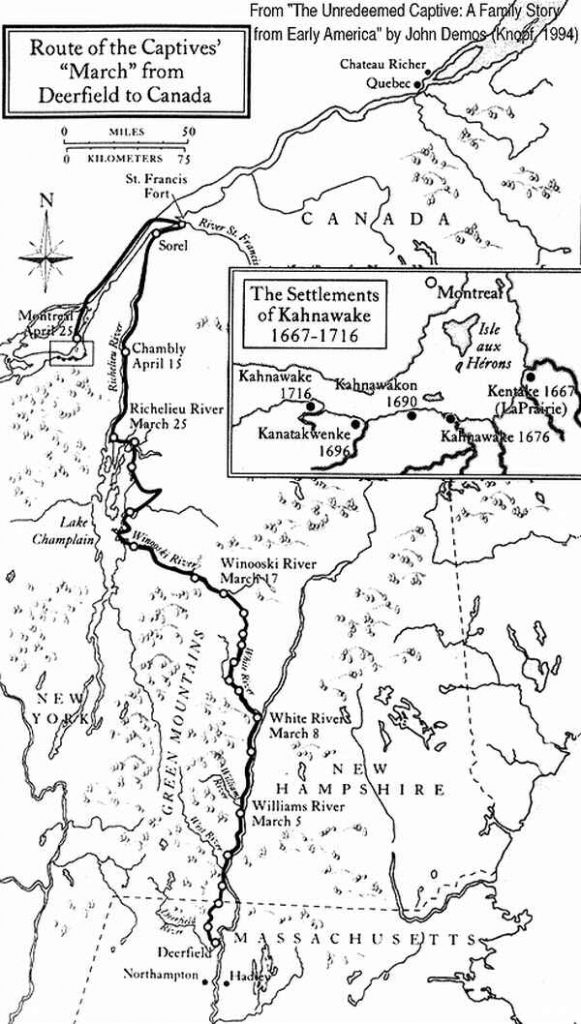 The March to Canada

Almost as famous as the raid itself, the journey of the prisoners was an arduous ordeal. Reverend John Williams — who was later ransomed, and returned from Quebec in 1706 — wrote an account of the march. Williams wife, Eunice, was one of the first victims of the hike. Under orders to kill anyone who could not keep up, a “Mohawk” tomahawked Eunice on the bank of the Green River when she stumbled. (There are those who claim to have seen her ghost at the spot). In addition to losing his wife, two of Williams’ children had been killed in the raid, along with a female African slave. The reverend’s second African slave, a man named Frank, also perished during the long walk north.

In true Puritan fashion, Williams described the ordeal as a journey through “a waste, howling wilderness.” 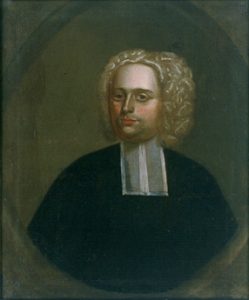 Between the weather and harshness of their captors, twenty captives died on the three-hundred-mile march back to Chambly.

Once in Canada, many of the captives were dispersed to various tribes, particularly youngsters and teenagers. After a time, thirty-six reportedly “chose” to stay with their captors and assimilate into native life. Among those who stayed were Williams’ daughter, also named Eunice. Others were slowly repatriated via ransom over the next few years.

Raids were not unusual. A raid on Haverhill, Massachusetts and the famous story of Hannah Duston’s captivity and escape, had taken place only seven years prior in 1697. Deerfield had not been a stranger to frontier raids. The town had been abandoned during King Philip’s War, and small skirmishes had occurred before the famous 1704 raid.

Despite the slightly varying numbers — 290 or so people in the village on the day of the raid, 44 killed, 109 marched off to Canada–contemporary descriptions of the raid used the terms, “mischief” and “assault.” In later years, historical hindsight with its usual blind spots would spur the use of the word “massacre,” attempting to heighten the “brave frontier settlers” narrative. Canadians tend to view the raid as successful guerrilla warfare, typical of the tactics of the era.

Raids continued throughout the war. New Englanders could not defend well against such hit-and-run assaults. They countered with expeditionary attacks into Acadia. The war ended with two treaties (one in Europe, one in America) in 1713.

While Massachusetts would again see conflict on their Maine/Acadian front during King George’s War in 1744-1748, the western frontier had rapidly expanded north and west. Deerfield no longer existed on the sharp end of American history.