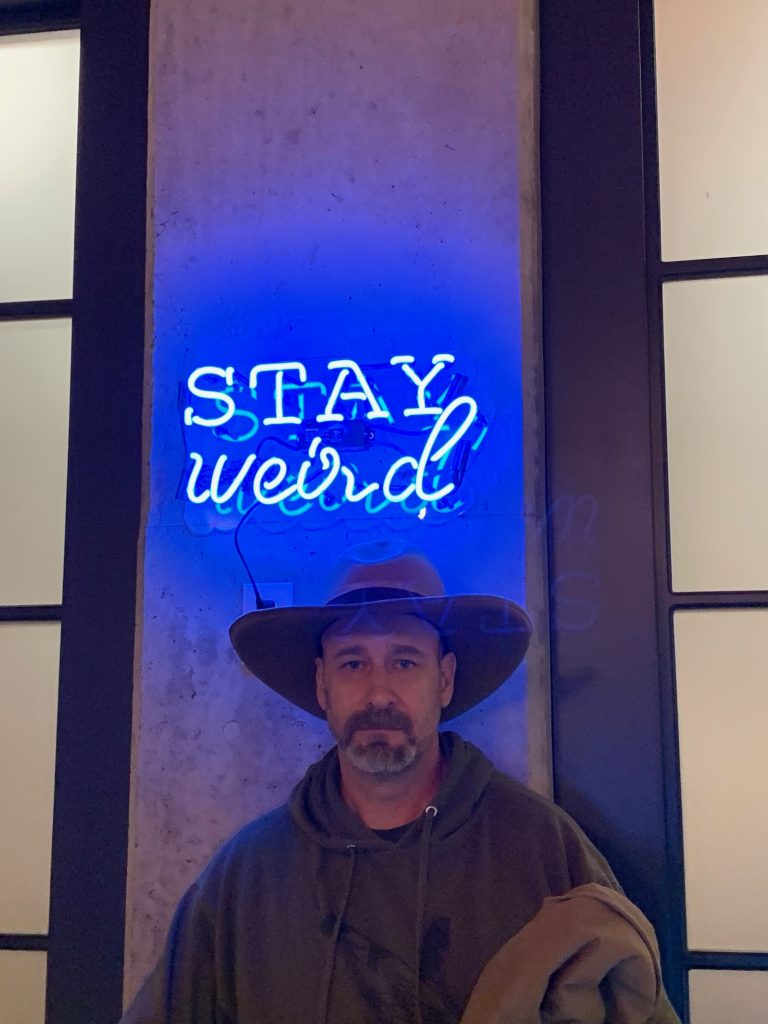 I did my bit to ‘Keep Portland Weird’ last weekend.

Last weekend, Marilyn and Ceili and I trekked over the Misty Mountains cold in the teeth of a potent winter storm. We made it through the Redhorn Gate without having to result to a detour through the Mines of Moria, and all missions on this 500-mile loop from Sisters to Portland to Eugene and back to Sisters in 48 hours were accomplished — though we were forced to adapt and overcome a variety of obstacles. 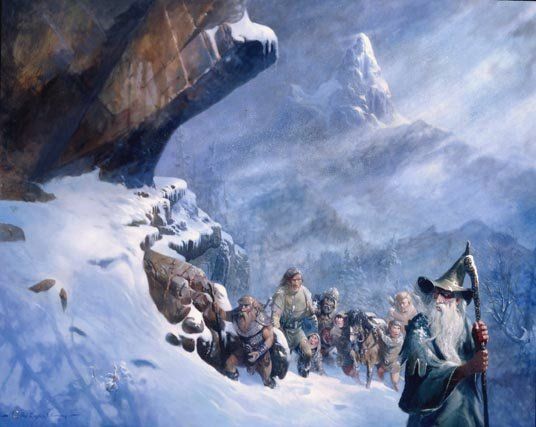 We evaded the rock trolls and made it across the Misty Mountains last weekend. Art by Paul Raymond Gregory.

Our missions were mainly preparatory for Ceili’s term abroad, studying in London, for which she departs at the end of the month. I did, however, execute a side-mission on behalf of Frontier Partisans. I went in search of The White Whirlwind.

The White Whirlwhind has been an elusive quarry. I thought I had secured it months ago, but it eluded my grasp, and it is a rare enough specimen that I was forced to retreat and husband my resources for another try. What is this elusive critter? The White Whirlwind is T.V. Bulpin’s narrative biography of the great South African Frontiersman Johan Colenbrander.

Raised among the Zulu and fluent in their tongue, Colenbrander was one of Cecil Rhodes agents in securing a mining concession from Ndebele King Lobengula. Trusted by the African tribesmen, he led a native contingent in the 1896 Matabele Uprising and was Rhodes’ translator at the great indaba (conference) that ended the rebellion. A British loyalist, he led a counter-guerrilla force in the Boer War, chasing Commandant Scheepers in the Cape and some of the last Boer bitterenders in the Transvaal.

A crack shot, an ace rider, he was one of the great Frontier Partisans — and a man with a fine mustache. 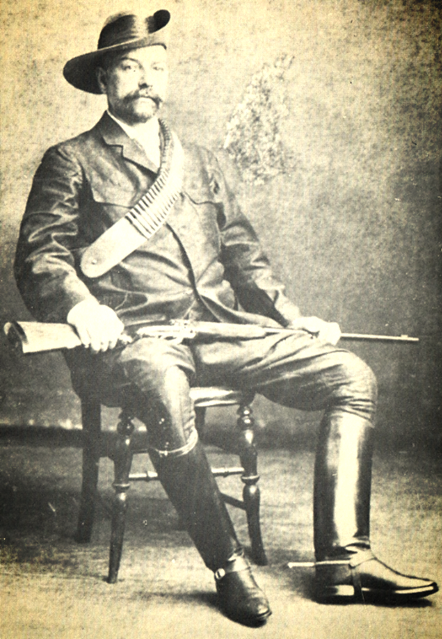 I had tried to obtain the out -of-print 1961 book online, but missed my shot at a reasonably priced edition. Virtually all the copies I found online ship from South Africa, which adds a chunk of shipping cost to the fairly stiff price of a decent-quality edition. But I had a memory of a memory….

Several years ago — before I had an appreciation of Colenbrander’s importance in Frontier Partisan history — I had seen The White Whirlwind on the shelf at Powell’s Books in Portland. It was miscategorized as a Western. This was also before I knew T.V. Bulpin, and I had other priorities, so I didn’t pick it up. Subsequently, I tried to order it, but the website and the staff  said they didn’t have it. On Friday evening, I trekked to Powell’s with Ceili. We had about a half-hour time-frame, which — given that Powell’s covers an entire city block with multiple stories of books new and used — was… ridiculous.

I figured I’d take a wild shot at the possibility that The White Whirlwind lurked in territory in which it did not belong, and I hunted up the Western fiction section, which in hip and very left-leaning Portland is exiled to a corner of the Blue Room. I perused the shelves and there, out of alphabetical order in its alien environs, sat my quarry. It cost $27.50. I had $27.85 on me. The hunt was over. My quarry was in the bag. 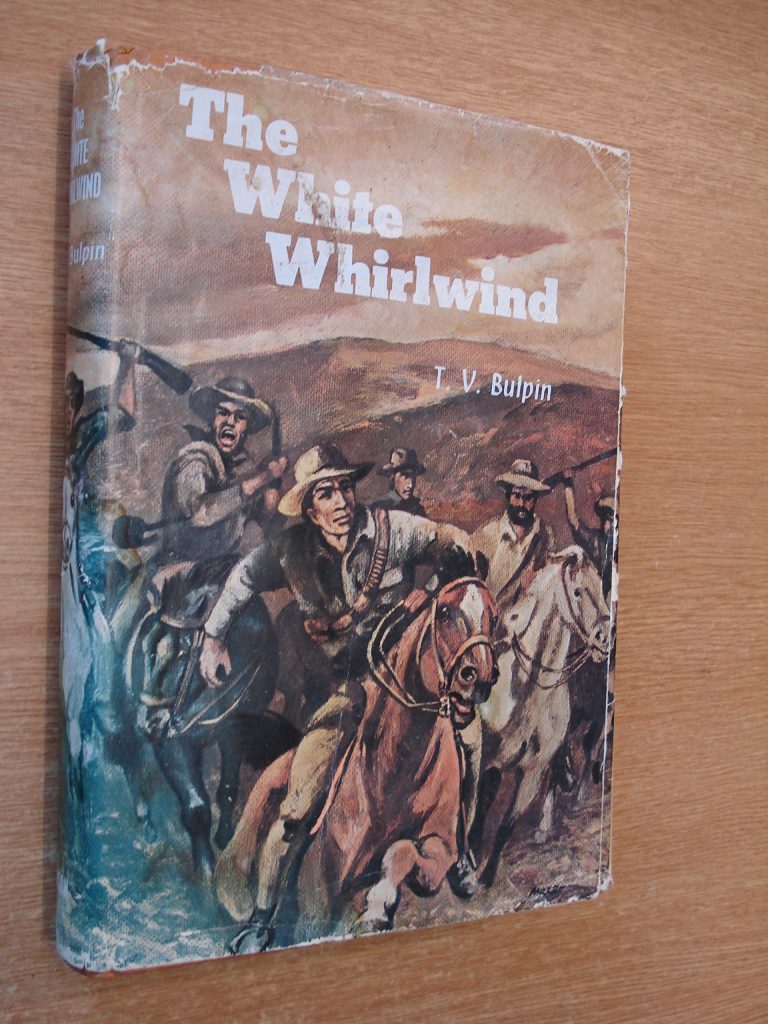 Ceili moved on to the work event that had necessitated this trek to Portland, and Marilyn and I ventured out into the Portland rain to hunt up some quality Mexican food. I can attest that if you are in Portland, you must dine at Mi Mero Mole — reasonably priced Mexico City-style street food. I like their table themes, too… 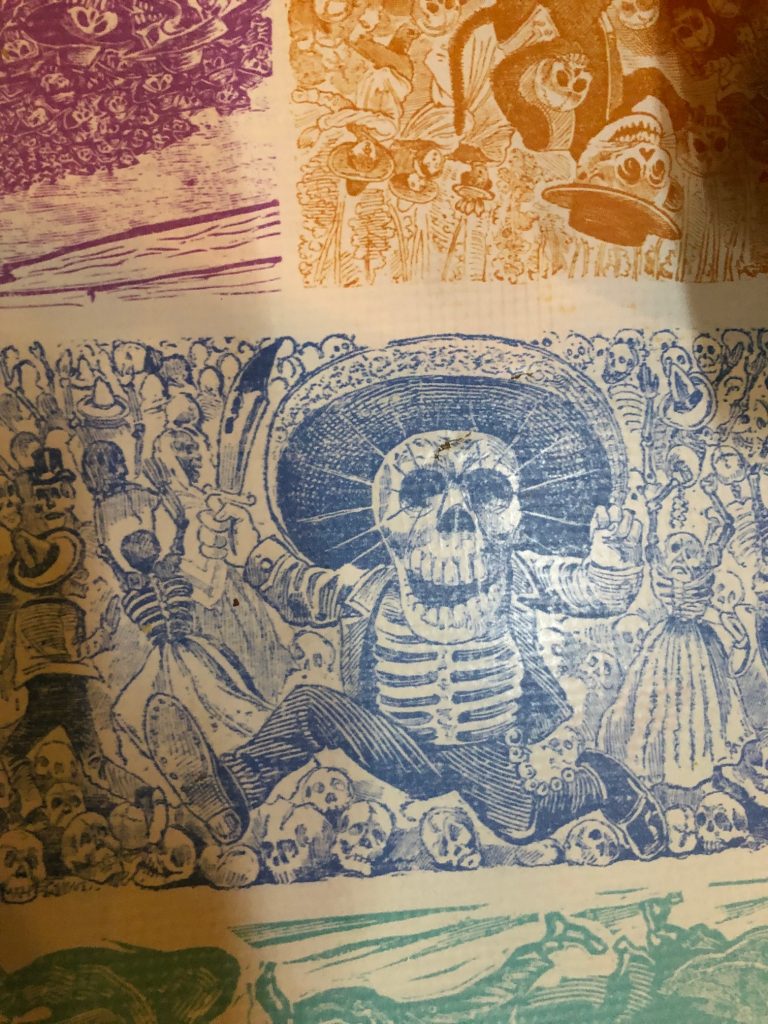 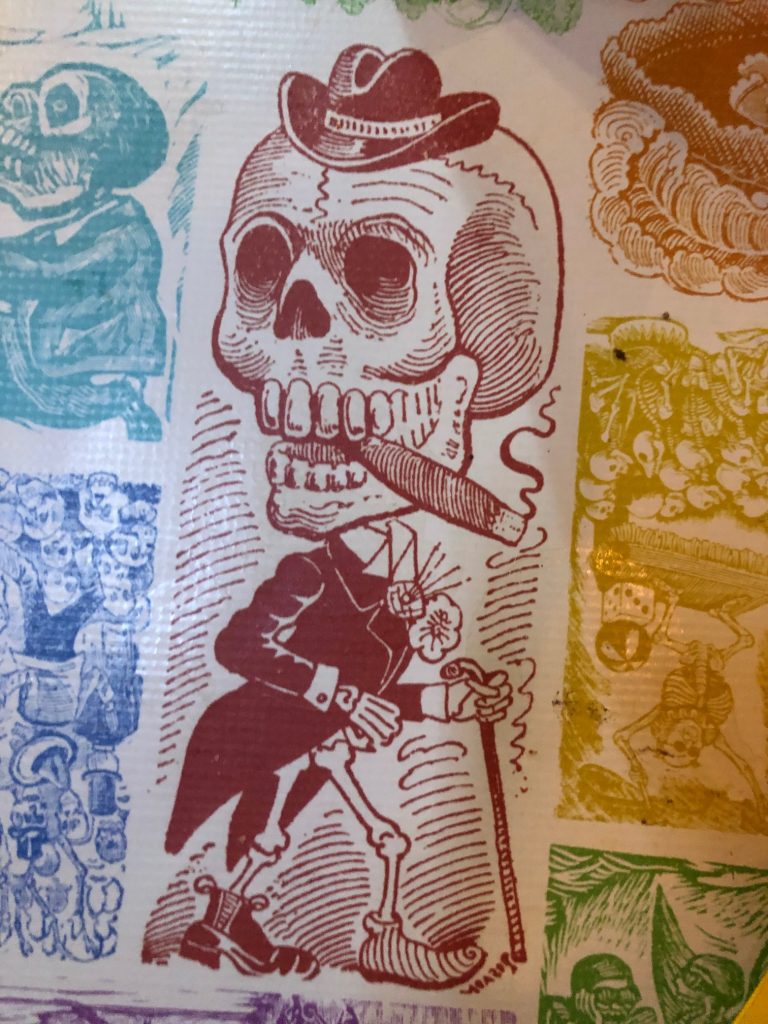 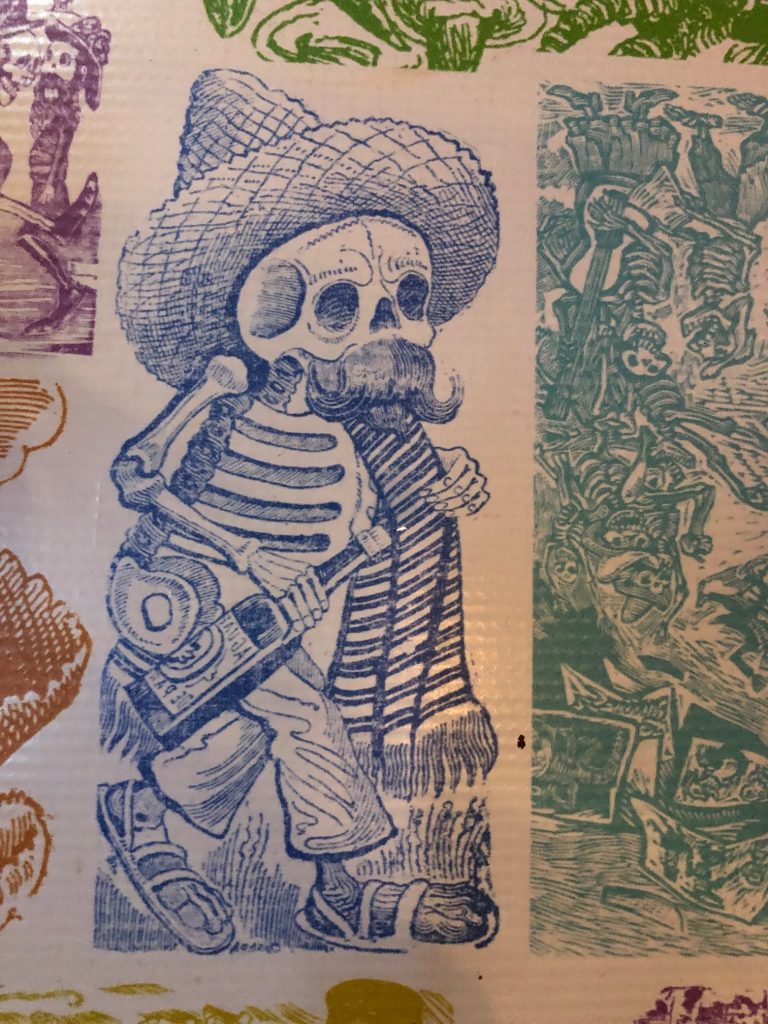 Portland prides itself on “staying weird.” I like to think that targeting an obscure book dimly recalled from years gone by, written by an obscure author about an obscure frontiersman from South Africa and nerding out over Jose Posada calaveras at dinner helps just a little bit.

Previous Post: « Day Of The Tomahawk
Next Post: ‘All I Can Do Is Write About It’ — The Country Soul Of Ronnie Van Zant »