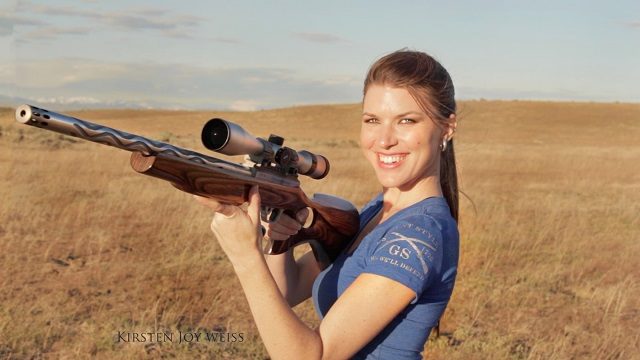 The world needs more of this. This lovely young woman is doing something that is vital for the shooting sports: promoting the very real “Joy of Shooting.” Asserting the Second Amendement-ensured right of armed self-defense is important, but it is equally vital to communicate the value of the sporting aspect of the culture.

To paraphrase the Waylon Jennings (Bob Allen) song, it’s a measure of people who don’t understand the pleasures of life … as a shooter. For many people — perhaps most — their exposure to and understanding of guns is primarily (or entirely) negative, shaped by news of terrible acts committed by shitbirds. They are not as fortunate as most of us here to have a point of reference that echoes Thomas Jefferson’s axiom as written to his nephew Peter Carr:

“…A strong body makes the mind strong. As to the species of exercise, I advise the gun. While this gives a moderate exercise to the body, it gives boldness, enterprize, and independance to the mind. Games played with the ball and others of that nature, are too violent for the body and stamp no character on the mind. Let your gun therefore be the constant companion of your walks.” 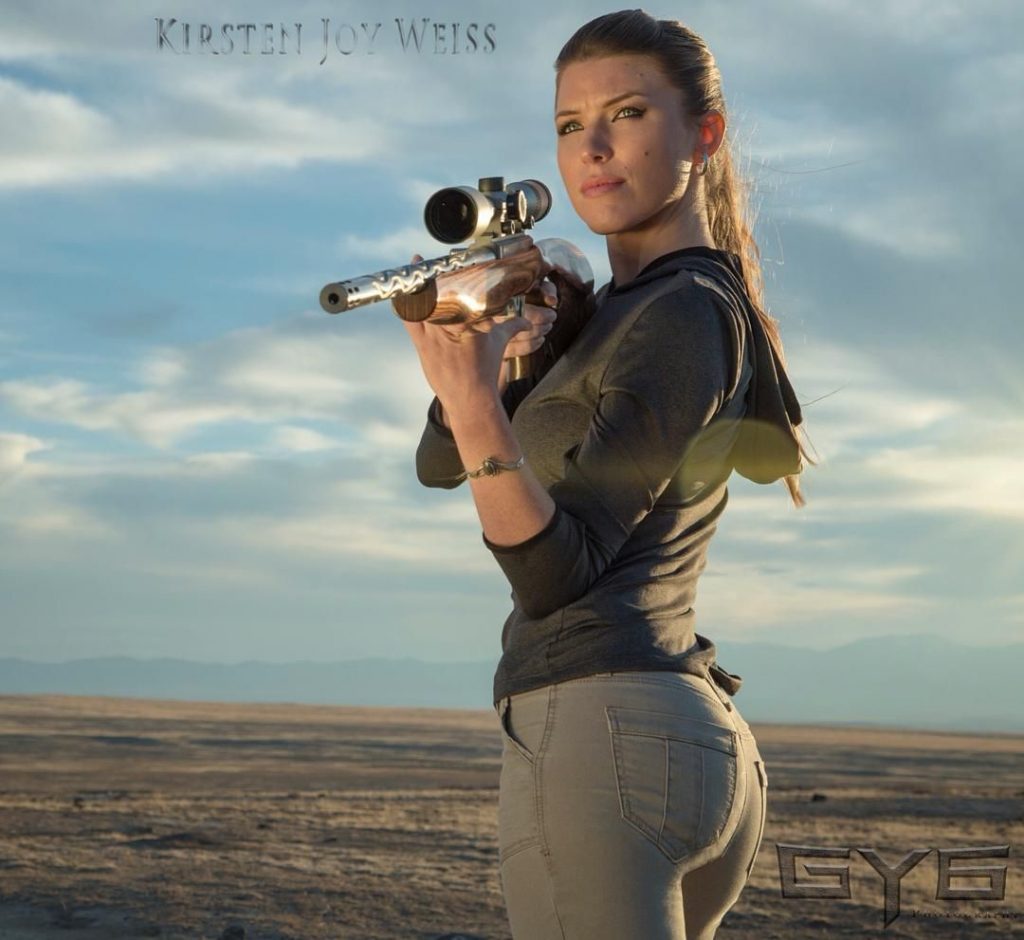 Long-time readers know that the gun is my constant companion in primary forms of exercise — hiking and my kettlebell workouts at Zimmerman Butte. For me, shooting has a very similar effect to music and the martial arts, which disciplines I also avidly pursue. They are centering — a means of shutting out the noise and being fully present in the moment. They are constant works-in-progress, gloriously impossible to master, offering endless tests and challenges for growth.

Shooting is Therapeutic. It’s Energizing. It Empowers the Senses. It Challenges. It Entertains. It Imparts Joy.

There can be no better ambassador for “gun culture” than an effervescent young woman of unquestionable skill, who zeros in on the many and very real positive benefits to be reaped from making your gun your constant companion. 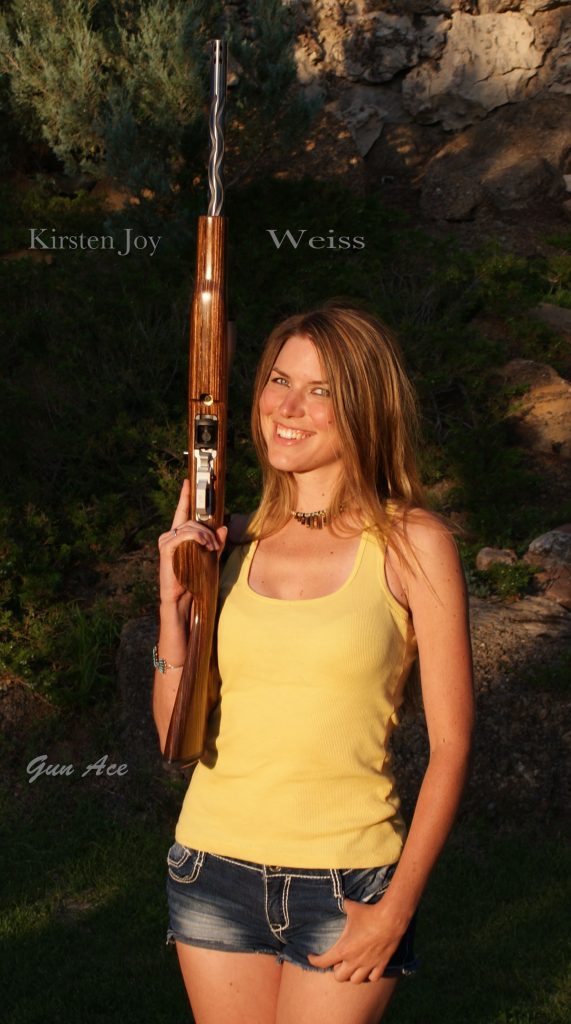 Ms. Weiss is walking in some dainty-but-imposing bootprints. There was a glorious age in the late 19th and early 20th centuries when shooting was at the forefront of sport in the United States and across Europe. Exhibition shooting was a key feature of live entertainment, particularly in Wild West Shows, which were extraordinarily popular.

No shooter was more renowned than Annie Oakley, named by Sitting Bull himself “Little Sure Shot.” 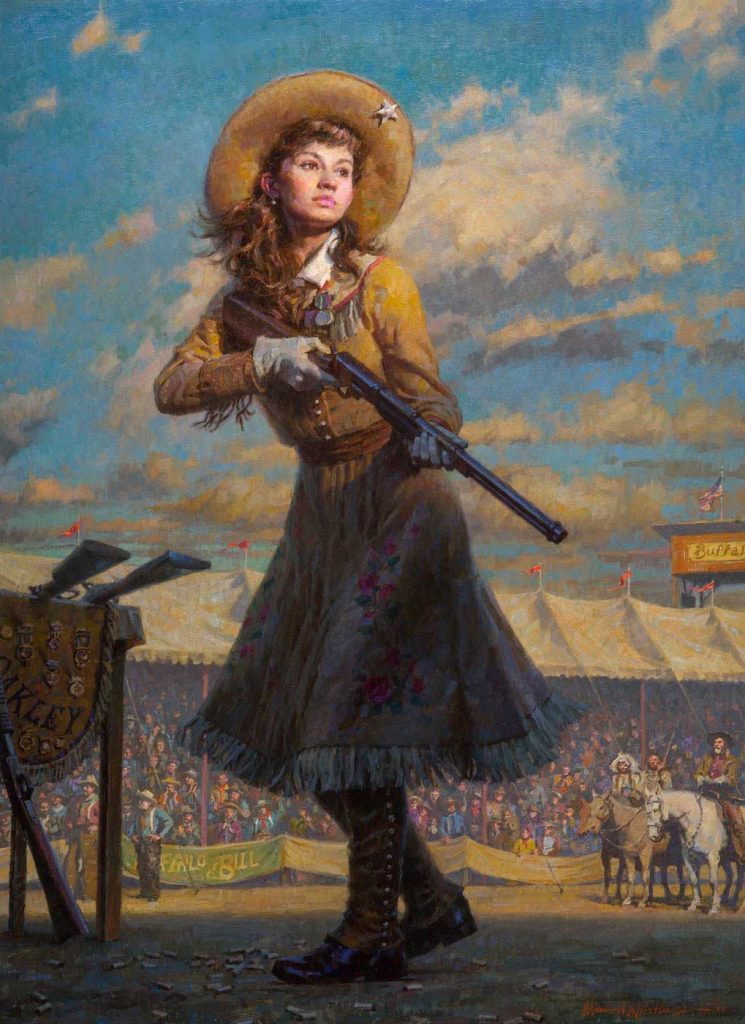 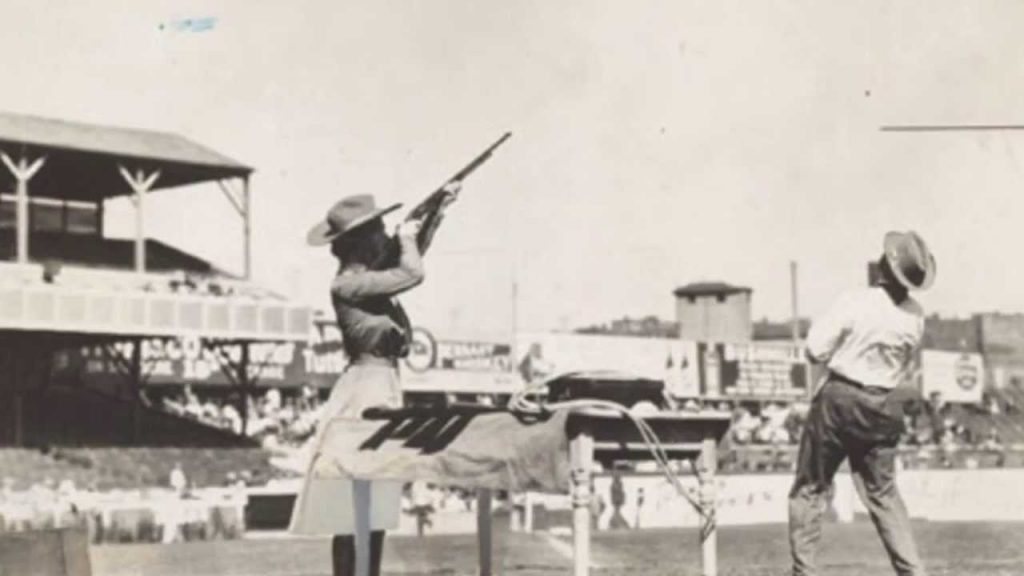 Like Weiss, Annie Oakley was an ambassador for a way of life built around the gun. 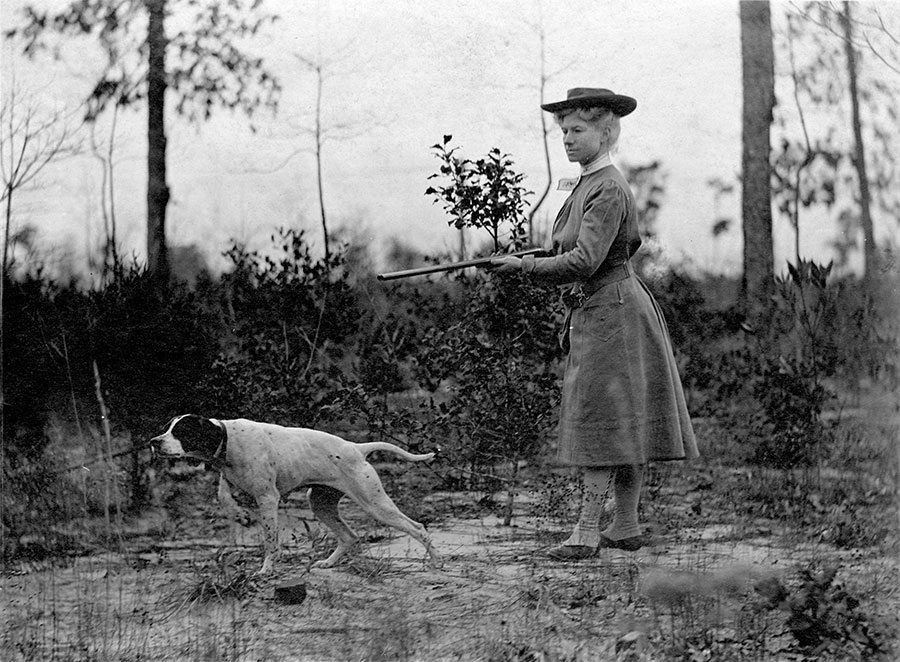 If we can ever return to a day when schools field shooting teams and the broad popular culture sees the gun as a boon companion for a healthy way of life it will be because young folks like Kirsten Joy Weiss lead the way. A tip o’ the hat to her.