’Twas a fine Yule celebration here at the Clan Cornelius homestead. We have a set of Christmas traditions that we cleave to: tamales and tortilla soup on Christmas Eve; a roast beast for Christmas dinner. An easy ramble on Christmas Day afternoon. Ice skating on Christmas night.

We are not extravagant in the gifting, and tend toward the practical, as a Frontier Partisan should.

Our heavy Thanksgiving snowstorm made it quite apparent that the Muck Boots that served me for 26 years (an immediate purchase upon moving to Oregon) had reached the end of their service life. The tread was worn smooth. Not good for boots to be worn in snow and ice.

They have now been replaced by a pair of BOGS, rated down to -40 degrees, with a ridiculously comfortable footbed — and would ye lookit that aggressive tread? Waugh! 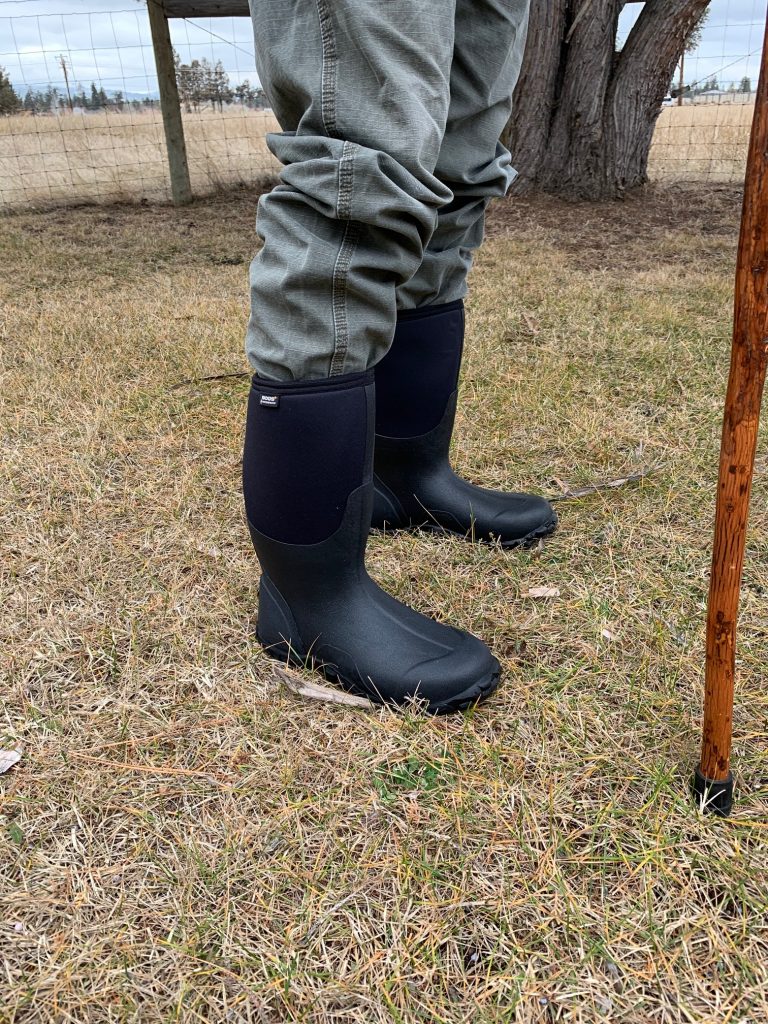 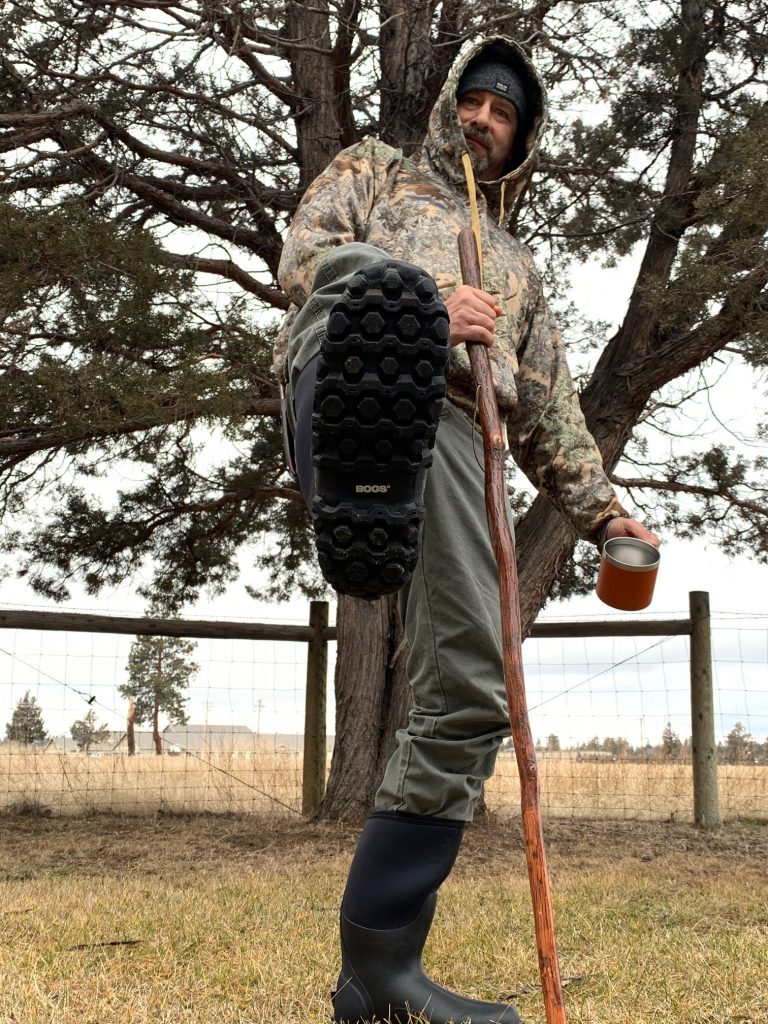 Must admit to a twinge of guilt at my brand disloyalty, since my Mucks served me so well. But the BOGS come from a local shop, and they’re just damn well-made. I take an inordinate pleasure in good footgear, and, with the addition of a nice pair of thermal wool socks, I am most pleased. Mudslicks and snowy woods beckon…

Received Osprey’s excellent new offering on the tactics of the French light troops, woods rangers, and their Indian allies that operated so effectively against the English colonists of New England during the French & Indian Wars of the 17th and 18th Centuries. 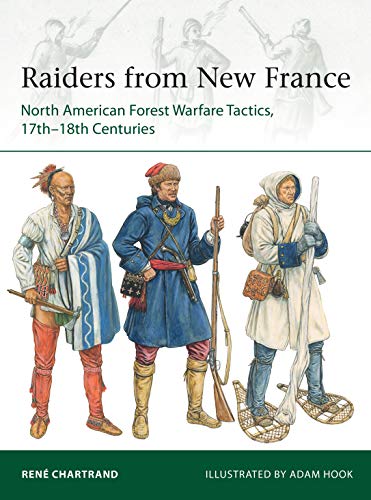 Though the French and British colonies in North America began on a ‘level playing field’, French political conservatism and limited investment allowed the British colonies to forge ahead, pushing into territories that the French had explored deeply but failed to exploit.

The subsequent survival of ‘New France’ can largely be attributed to an intelligent doctrine of raiding warfare developed by imaginative French officers through close contact with Indian tribes and Canadian settlers.

The ground-breaking new research explored in this study indicates that, far from the ad hoc opportunism these raids seemed to represent, they were in fact the result of a deliberate plan to overcome numerical weakness by exploiting the potential of mixed parties of French soldiers, Canadian backwoodsmen and allied Indian warriors.

Supported by contemporary accounts from period documents and newly explored historical records, this study explores the ‘hit-and-run’ raids which kept New Englanders tied to a defensive position and ensured the continued existence of the French colonies until their eventual cession in 1763. 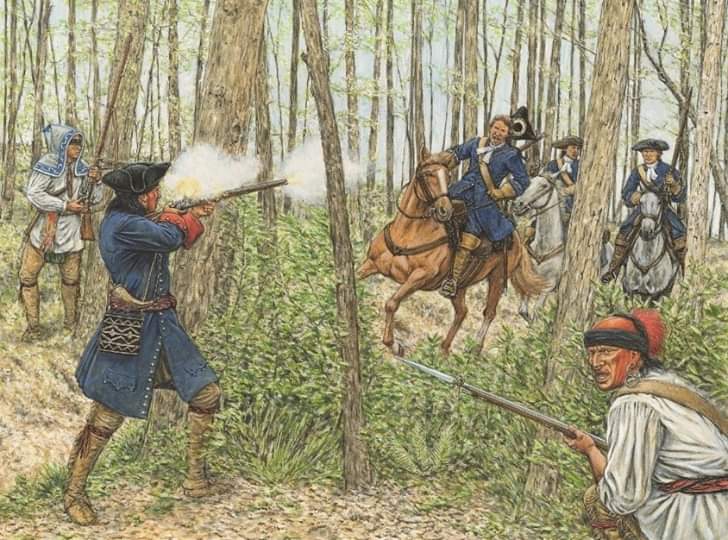 I grew up quite Anglo-centric, imagining the French as the “bad guys” of the colonial frontier — faceless, menacing raiders out of the North Woods. Like Orcs. It’s interesting to look at the story from their perspective.

It’s also  taken some considerable time and study to overcome the Anglo-centric fixation on Rogers Rangers and their ilk. Truth is, for most of the period the French were the masters of the Ranging Way Of War or — as they would call it — la petite guerre. It wasn’t until the 1750s that the British began to really develop a comparable ranging and light infantry capability, and that was in response to the clear superiority of the French in the field.

For the apres-raid campfire, I can now quaff from a Yeti Rambler camp mug, courtesy of daughter Ceili. She knows things… 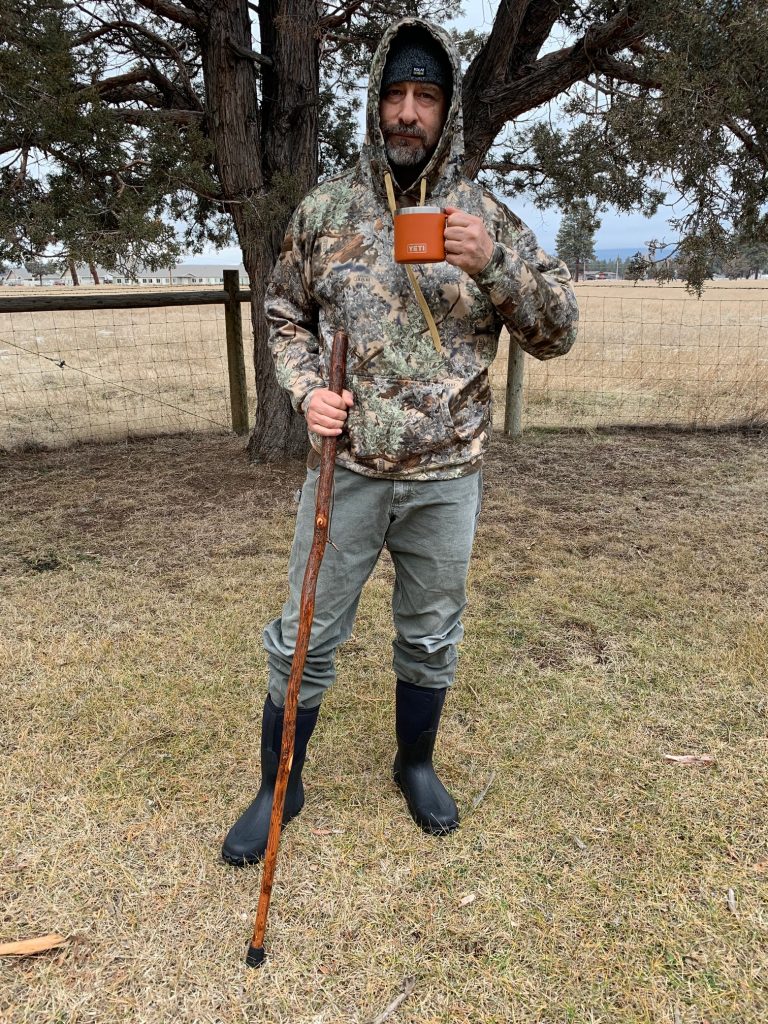 I hope your Yule was grand, and we can look forward to a new year filled with worthy adventures and explorations. And warm feet.