Archival researchers have located what appears to be an authentic photograph from the 1757 siege at Fort William Henry at the foot of Lake George.* The photograph is the only known likeness of a particularly dangerous French and Indian War-era coureur du bois known to the English as The Dog Man (L’Homme Chien).

He can clearly be seen at third from left, with his arms wrapped around a French Charleville musket. Must have been a prototype, since that was a 1766 model. 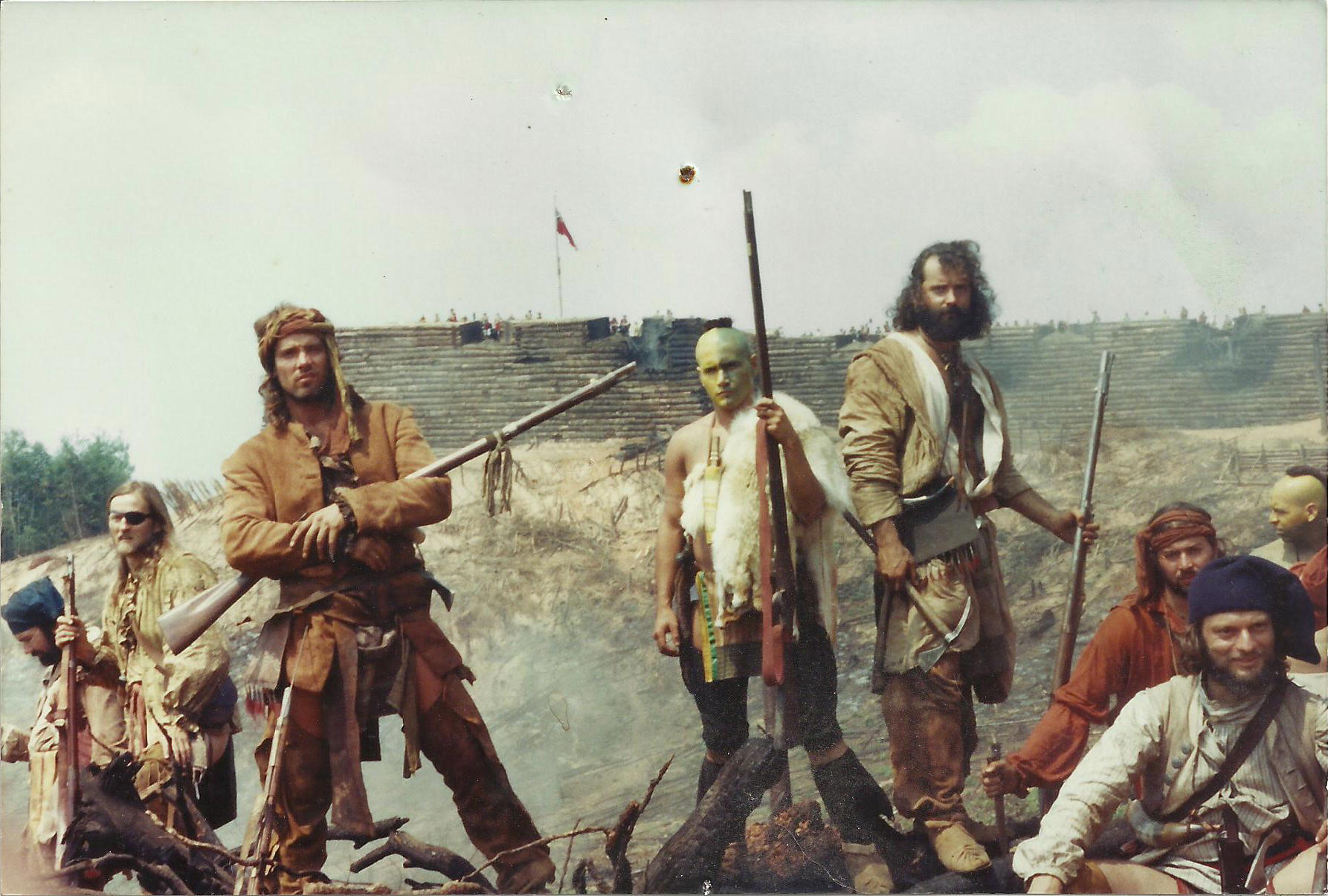 Also note that the warrior in the center is a proto-Oregon Ducks superfan. Ain’t history fascinating?

* In the words of storyteller Mitch Barrett — “I’m not lying; I’m telling a story.”