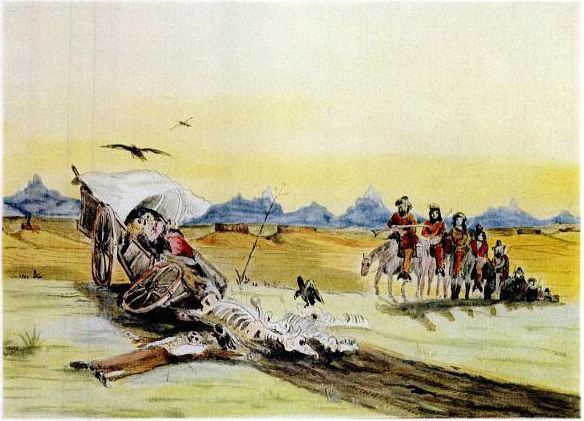 The borderlands of “Blood Meridian” have a stark and terrible beauty. McCarthy used artist-author-adventurer Samuel Chamberlain’s “My Confession” as a source.

Cormac McCarthy’s dark masterpiece “Blood Meridian” takes place in the U.S.-Mexico borderlands in the middle of the 19th Century. The filibusters and scalphunters of the era were armed to the teeth with the latest advancements in firearms.

The era was the apogee of the development of the muzzleloading rifle. The leader of the scalphunters, John Joel Glanton — a historical figure — carries a percussion “swivel-bore” rifle. This was a superposed double-barreled rifle. The rifleman fired one barrel, released a catch, swiveled the bottom barrel to the top and was ready to fire again.

While not common on the frontier, swivel-bores were definitely a presence. Frontier rifleman Timothy Murphy allegedly used one to take down British general Simon Fraser at the battle of Saratoga during the American revolution (some authorities doubt that, arguing that the swivel-bore was a later development; he definitely owned one at some point though). There is also an account of Simon Kenton using one in an ambush of Shawnee raiders in the 1790s.

A reproduction of the Wesson Rifle.

A sergeant among the filibusters The Kid first accompanies into Mexico carries a Wesson rifle. These excellent New England-manufactured muzzleloaders were about the best money could buy in the mid-19th Century. Some were used as sniper (or, more appropriately “sharpshooter”) rifles during the Civil War. They were highly accurate, especially when equipped with a vernier (aperture) sight or a scope. The downside was that they were heavy.

“The sergeant carried in his saddle scabbard a heavy Wesson Rifle that used a false muzzle and paper patch and fired a coneshaped ball. With it he killed the little wild pigs of the desert and later when they began to see herds of antelope he would halt-and screwing a bipod in the threaded boss on the underside of the barrel would kill these animals where they stood grazing at distances of half a mile. The rifle carried a vernier sight on the tang and he would eye the distance and gauge the wind and set the sight like a man using a micrometer.”

A Wesson with a vernier sight and an octagon-to-round barrel.

McCarthy was not merely indulging in the exotic when it came to firearms. Such rifles were indeed in use on the frontier and professional hunters of all stripes sought out the best equipment as their livelihoods and their very lives depended upon it. There were many manufacturers supplying the Western trade by the late 1840s. The notion that every mountain man or plainsman carried a Hawken rifle has long since been debunked (though it was still current when “Blood Meridian” was published in 1985).

Judge Holden carries a silver-chased rifle, which carries the motto “Et in Arcadia Ego,” done in silver wire along the cheekpiece. The Latin phrase translates to “Even in Arcadia I Exist.” Meaning that even in the most beautiful setting of nature, Death is present.

He had with him that selfsame rifle you see with him now, all mounted in german silver and the name that he’d give it set with silver wire under the checkpiece in latin:  Et In Arcadia Ego.  A reference to the lethal in it.  Common enough for a man to name his gun. I’ve heard Sweetlips and Hark From The Tombs and every sort of lady’s name.  His is the first and only ever I seen with an inscription from the classics.

Death or the Devil, take your pick; the Judge certainly fits the bill. The fine rifle is merely one of his instruments. His very hands are implements of murder by strangulation.

The five-shot Colt Paterson was an early development. It was fragile but it made a big impact on the plains.

McCarthy’s deadly men also carried sidearms, which were undergoing a revolution in this era. Some carried five-shot revolvers, which would be the Paterson Colt, Samuel Colt’s first successful revolver. With their exposed triggers and wedged barrel-cylinder setup, they were on the fragile side, but they had fundamentally shifted the firepower relationship between the Texas Rangers and the Comanches in the late 1830s.

The gang of hunters favored a pair of so-called “Whitneyville Colts.” These are the robust Colt Dragoon first models. Whitneyville was where they were manufactured. Some say this is a reference to the massive Walker Colt, which was the Dragoon’s immediate predecessor, but I don’t think that’s right. The filibuster captain’s pistols are specifically referred to as Dragoons, and they were much more plentiful than the rare Walkers.

Anyway, they were a badass pistol.

As fantastical as “Blood Meridian” feels, it is thoroughly grounded in historical reality. Its material culture is on the money, including its depiction of the firearms of its bloody-handed Frontier Partisans. 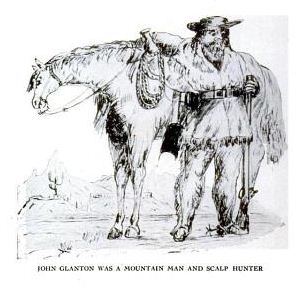