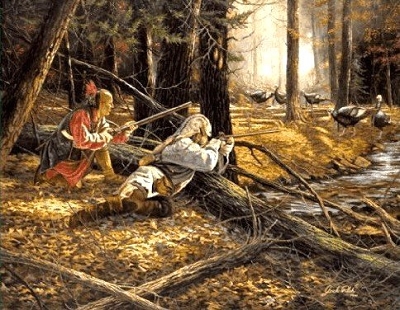 From: “An Account Of The Remarkable Occurrences In The Life And Travels Of Col. James Smith During His Captivity With The Indians In The Years 1755-1759” (Hat tip to James Hornsby: Skills of the 18th Century Woodsman Facebook page):

In February there came a snow, with a crust, which made a great noise when walking on it and frightened away the deer; and as bear and beaver were scarce here, we got entirely out of provision. After I had hunted two days without eating anything, and had very short allowance for some days before, I returned late in the evening faint and weary.

When I came into our hut, Tecaughretanego asked what success? I told him not any. He asked me if I was not very hungry? I replied that the keen appetite seemed to be in some measure removed, but I was both faint and weary. He commanded Nunganey his little son, to bring me something to eat, and he brought me a kettle with some bones and broth. After eating a few mouthfuls my appetite violently returned, and I thought the victuals had a most agreeable relish, though it was only fox and wildcat bones, which lay about the camp, which the ravens and turkey-buzzards had picked- these Nunganey had collected and boiled, until the sinews that remained on them would strip off. 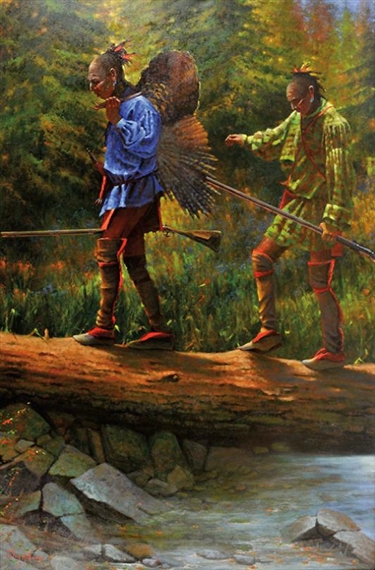 I speedily finished my allowance, such as it was, and when I had ended my sweet repast, Tecaughretanego asked me how I felt. I told him I was much refreshed. He then handed me his pipe and pouch and told me to take a smoke. I did so. He then said he had something of importance to tell me, if I was now composed and ready to hear him. He said the reason why he deferred his speech till now, was because few men are in a right humor to hear good talk, when they are extremely hungry, as they are then generally fretful and discomposed; but as you appear now to enjoy calmness and serenity of mind, I will now communicate to you the thoughts of my heart, and those things that I know to be true. 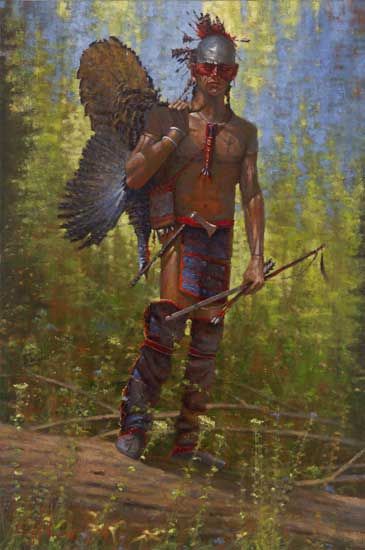 As you have lived with the White people, you have not had the same advantage of knowing that the great being above feeds his people, and gives them their meat in due season, as we Indians have, who are frequently out of provisions, and yet are wonderfully supplied, and that so frequently that it is evidently the hand of the great Owaneeyo that doth this: whereas the white people have commonly large stocks of tame cattle that they can kill when they please, and also their barns and cribs filled with grain, and therefore have not the same opportunity of seeing and knowing that they are supported by the ruler of Heaven and Earth.

I know that you are now afraid that we will all perish with hunger, but you have no just reason to fear this. I have been young, but now am old — I have been frequently under the like circumstance that we now are, and that some time or other in almost every year of my life; yet, I have hitherto been supported, and my wants supplied in time of need. Owaneeyo sometimes suffers us to be in want, in order to teach us our dependence upon him, and to let us know that we are to love him: and likewise to know the worth of the favors that we receive, and to make us more thankful.