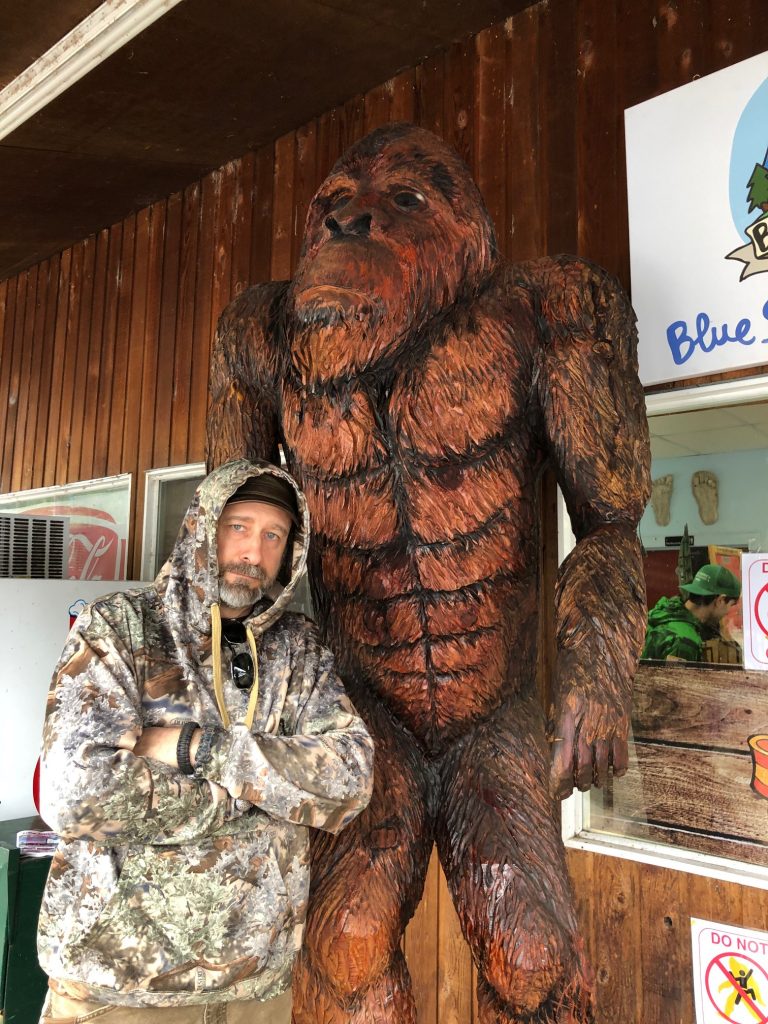 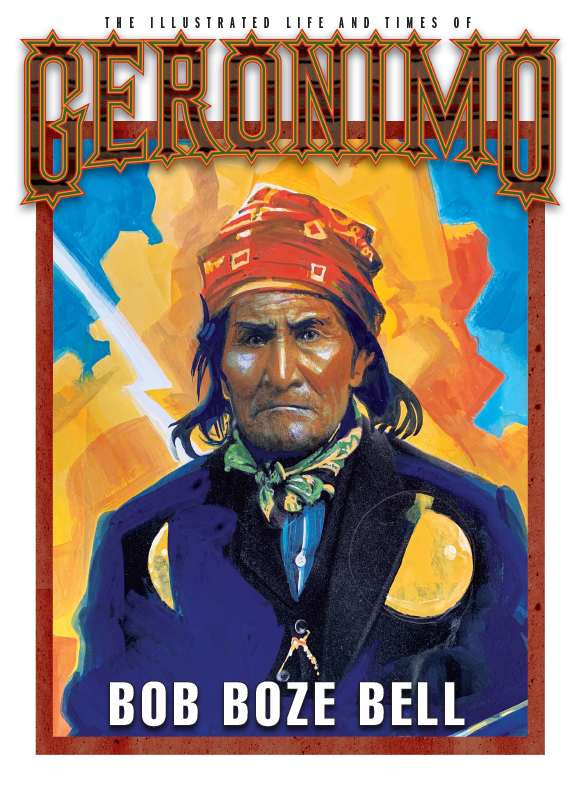 Bob Boze Bell’s controversial new book on The Illustrated Life & Times of Geronimo lays out the long and bloody path of Goyathlay (He Who Yawns) from warrior to celebrity to legend. With hundreds—yes hundreds!—of never before seen images, great maps and top notch scholarship, this is the book you need if you want to know the truth about Geronimo.

Yes, of course I am.

Archaeology and anthropology are giving us a plenitude of riches… 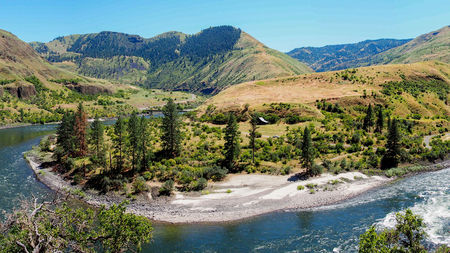 About 16,000 years ago, on the banks of a river in western Idaho, people kindled fires, shaped stone blades and spearpoints, and butchered large mammals. All were routine activities in prehistory, but their legacy today is anything but. The charcoal and bone left at that ancient site, now called Cooper’s Ferry, are some 16,000 years old—the oldest radiocarbon-dated record of human presence in North America, according to work reported this week in Science.

The findings do more than add a few centuries to the timeline of people in the Americas. They also shore up a new picture of how humans first arrived, by showing that people lived at Cooper’s Ferry more than 1 millennium before melting glaciers opened an ice-free corridor through Canada about 14,800 years ago. That implies the first people in the Americas must have come by sea, moving rapidly down the Pacific coast and up rivers.

The dates from Cooper’s Ferry “fit really nicely with the [coastal] model that we’re increasingly getting a consensus on from genetics and archaeology,” says Jennifer Raff, a geneticist at the University of Kansas in Lawrence who studies the peopling of the Americas.

Looking to you on this one Lane Batot… 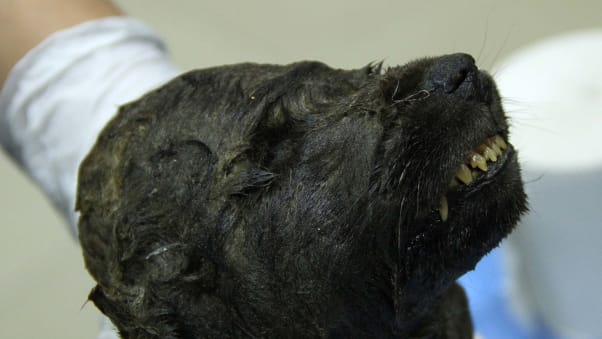 (CNN) — The 18,000-year-old body of a near perfectly preserved puppy has left scientists puzzled.
Russian scientists discovered the body of the canine near Yakutsk, in eastern Siberia. Preserved by permafrost, the specimen’s nose, fur and teeth are remarkably intact.
Using carbon dating on the creature’s rib bone, experts from Sweden’s Centre for Palaeogenetics were able to confirm that the specimen had been frozen for around 18,000 years, but extensive DNA tests have so far been unable to show whether the animal was a dog or a wolf.

U.S. Attorney General William Barr announced a national plan on Friday (November 22) to increase the federal government’s role in reducing the number of Native Americans who are murdered or reported missing every year. 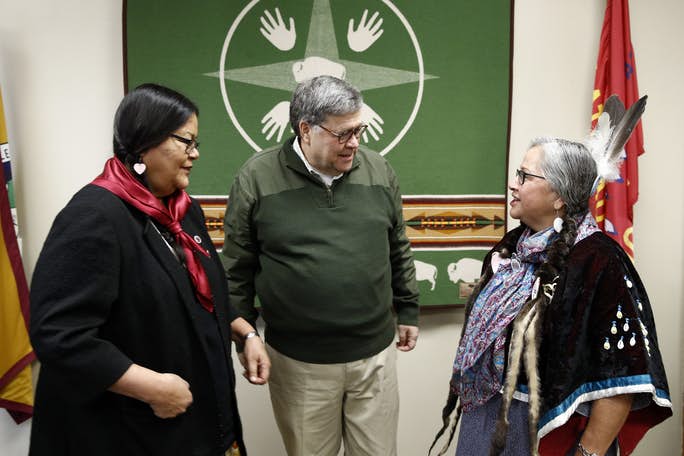 Barr announced the Missing and Murdered Indigenous Persons Initiative after a meeting with tribal leaders and law enforcement officials at the Flathead Reservation in Montana, home of the Confederated Salish and Kootenai Tribes.

“American Indian and Alaska Native people suffer from unacceptable and disproportionately high levels of violence, which can have lasting impacts on families and communities, Barr said in a statement. “Native American women face particularly high rates of violence, with at least half suffering sexual or intimate-partner violence in their lifetime. Too many of these families have experienced the loss of loved ones who went missing or were murdered.”

John Bryan at Scavengeology keeps serving up compelling tales from the Ohio Valley frontier. Check out his Grandma’s Story piece:

In the early 1840’s, a little-old-lady living in Lewisburg, (West) Virginia, gathered her descendants around her, in front of the fireplace in her home. For years Margaret Handley (Pauley) Erskine (1753-1842) had entertained numerous friends and family with the tale of her violent capture, and the ensuing five years of captivity, by the Shawnee Indians in the years 1779-1784.

Extraordinary work that really brings home how arduous and dangerous life was in that time and place. The fortitude of the frontier people continues to awe and inspire… 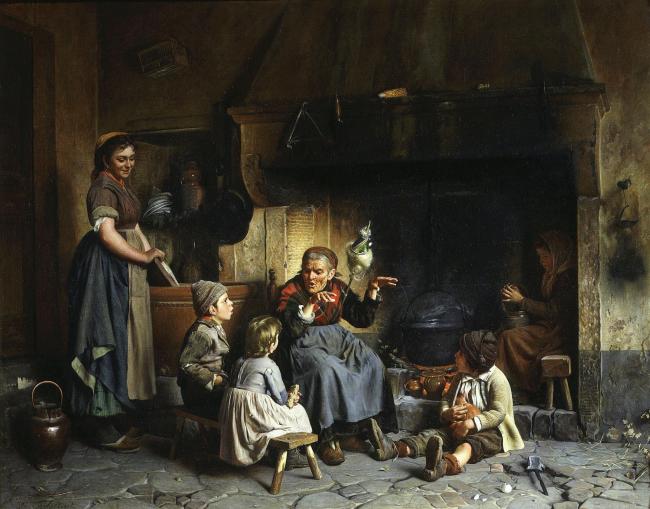 My Tuesday night podcast is queued up. ESPN’s 30 for 30 podcast is revisiting the tale of Keri Swenson, a world-class biathlete who was abducted while trail running in Montana in 1984, by a father and son duo of self-described “mountain men.” She was seriously wounded in the chest by a .22 LR round fired by the younger kidnapper during a rescue, and one of her rescuers was shot in the head and killed. The abductors escaped, leading to a long manhunt. 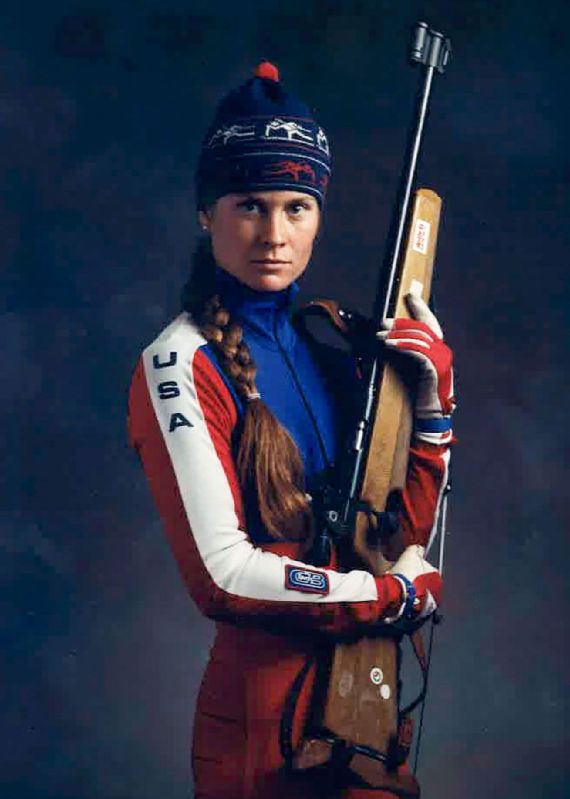 Don and Dan Nichols were eventually captured single-handed by Sheriff Johnny France, who was lionized in the national media as a cowboy-sheriff hero. There was a book and a TV movie. Not everyone was buying it. Some Montanans and fellow law enforcement professionals regarded France as a grandstander. Fame is, indeed, a two-edged sword.

The LA Times did a piece on France’s dance with being a living legend back in 1986. 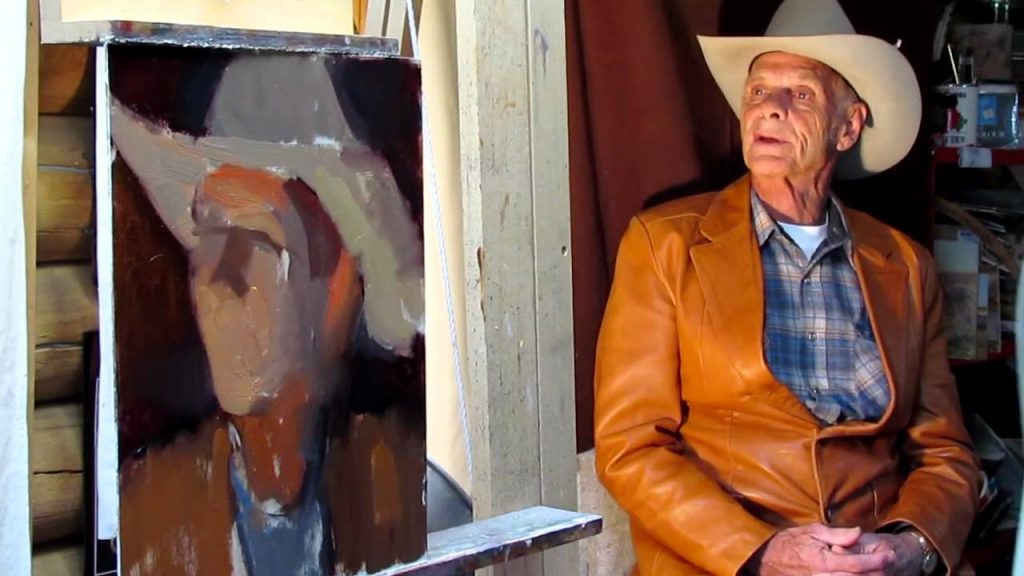 Through it all, Keri Swenson’s own story was lost. She didn’t talk much about it. Now, apparently, she’s talking.

From The Daily Beast:

Out of the Woods, is very much about the news, about how the cycle can make myth out of tragedy, and at times, obscure those at the center of it.

Frontier history and legend often mythologizes tragic, sad and sordid tales. The whys and wherefores of that myth-making process are fascinating in their own right.

From the headlines, it was easy to conclude the Nichols were rugged outlaws, frontiersmen who did what they wanted, took what they could, and made no apologies. By contrast, Swenson, a world class athlete and trained sharpshooter, found herself described in one outlet as “a proper Belle of Bozeman, the perfect flower of the New West.”

Swenson addressed the mythologizing of her abductors when the father, Don Nichols, came up for parole:

“The Nichols lived in the mountains part-time but they couldn’t survive there,” Swenson wrote, “at least not without poaching, breaking into cabins and stealing supplies, leaving the mountains for months at a time and purchasing modern equipment. Ultimately they were caught without a fight because they were cold, hungry, and tired of living in the mountains. These are not mountain men.”

Swenson’s athletic career was cut short by her injuries. She became a veterinarian. Her story is worth hearing.

This drops in February: 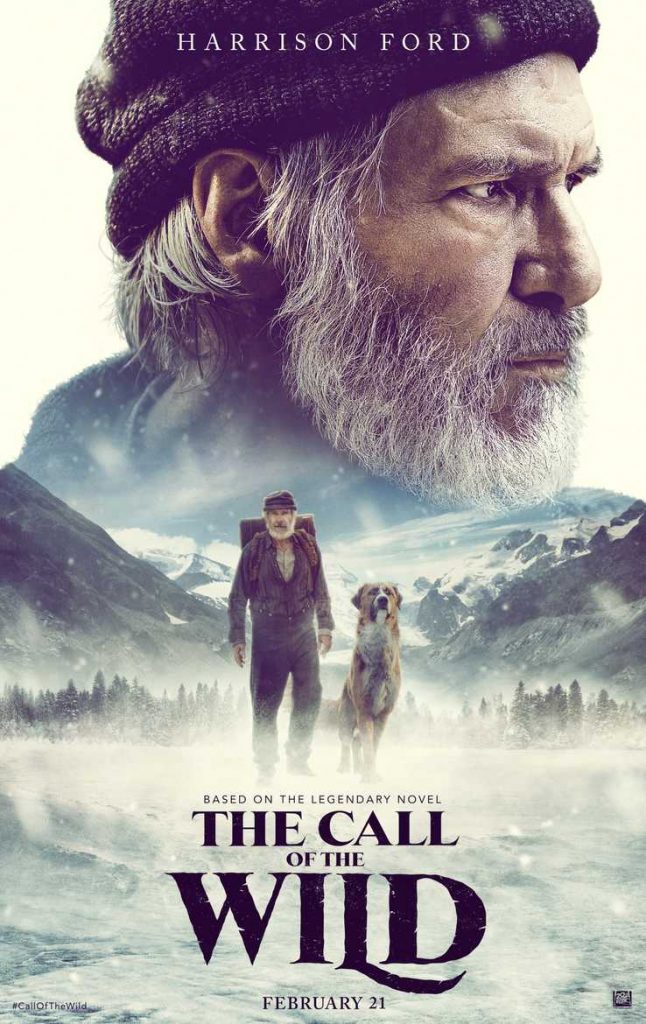 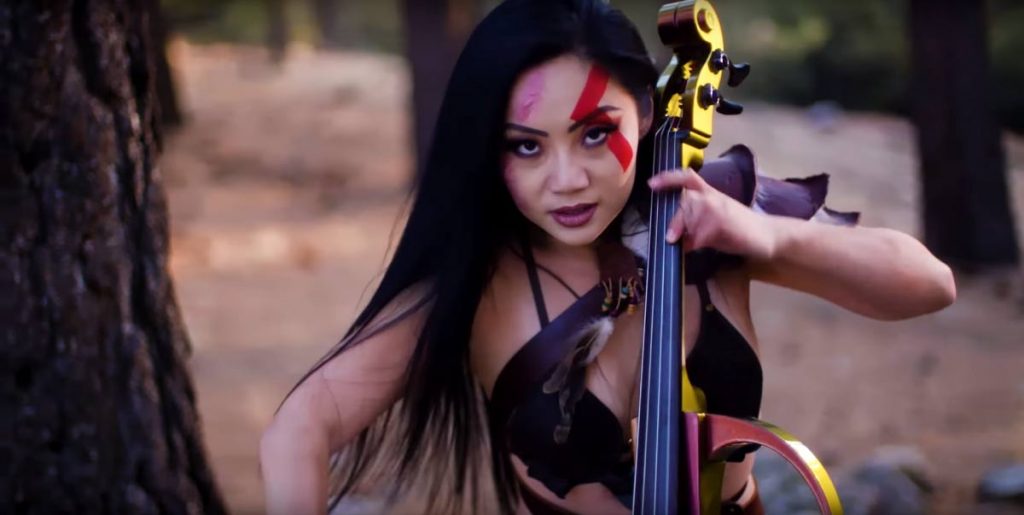 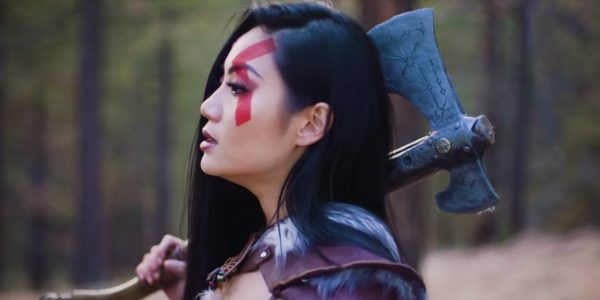 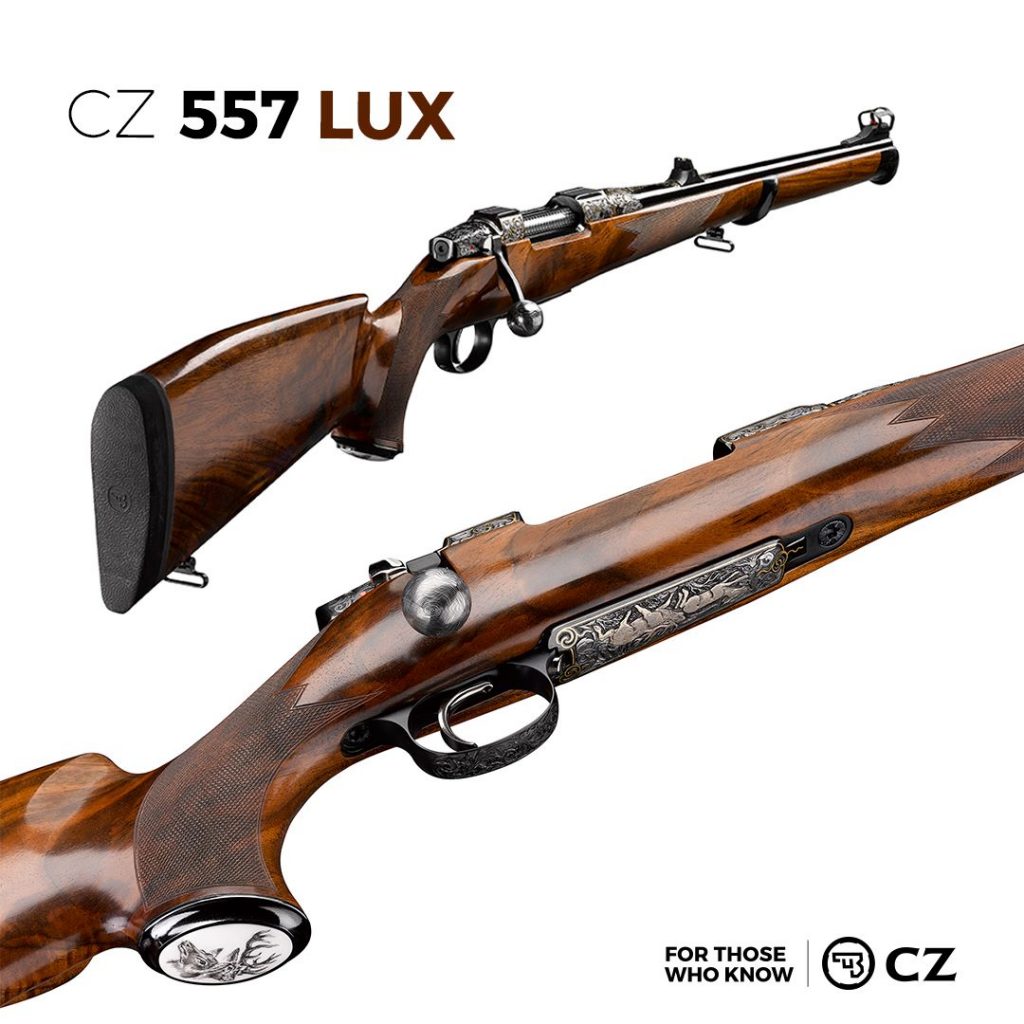 I’ll take that to pair with the Rigby Highland Stalker. Yeah, I know, 30-year-old single malt tastes on a beer budget. Ah, well, one can dream.

Back to the music. I like this a whole lot.

The Hardanger fiddle makes stirring music, with resonating “understrings” that give it a unique and powerful sound. The Hardranger fiddle is Norwegian in origin, though not “Norse.” It dates to the 17th Century. It was, however, fittingly enough, regarded as a “sinful instrument that encouraged wild dances, drinking and fights.”