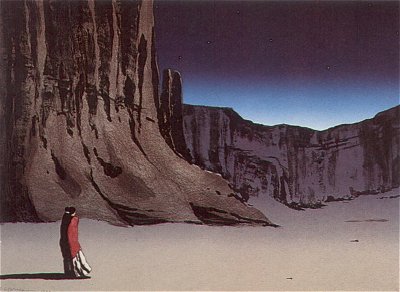 My friend Jack McGowan has been drawn to Canyon de Chelly for decades, ever since obtaining a magnificent  R.C. Gorman print of the iconic Southwest canyon network — which  hangs in his home. Last month, Jack and his wife Jan ventured into the canyon with a Navajo guide — a high point in an epic seven-week trek across the Great Southwest, which also included stops at a historic trading post in the Navajo Nation and a moment’s pause at the location where the great Chihenne Apache leader Mangas Coloradas was murdered by Americans in 1863. 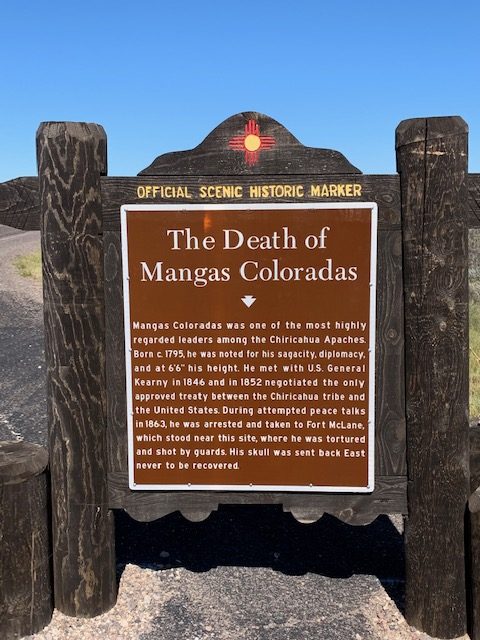 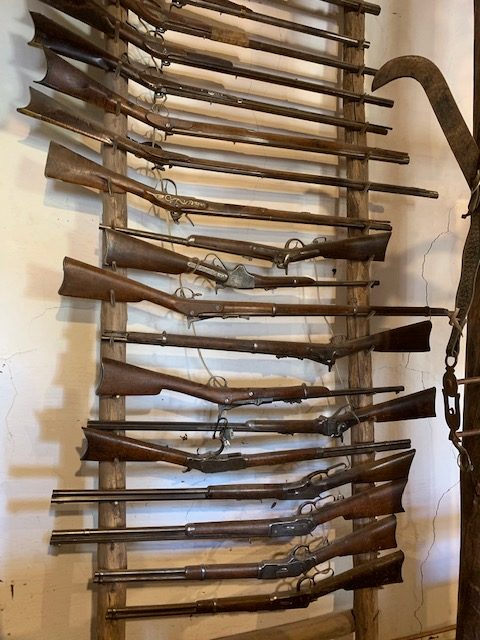 The gun rack at an historic trading post in the Navajo Nation. Photo courtesy Jack McGowan

Over breakfast at The Gallery Restaurant in Sisters, Jack regaled me with tales of his adventures.

“That canyon just reverberates with ghosts from the past,” Jack told me.

The Canyon de Chelly National Monument is operated in partnership between the U.S. National Parks Service and the Navajo Nation. Those who wish to venture into the canyon must do so led by a Navajo guide. Jack and Jan engaged the services of a Navajo man named Davidson, who loaded them into a beat up Jeep Renegade and took them deep into the majestic canyon for a four-hour tour. Actually, the landscape is a complex of three branching canyons — Canyon de Chelly, Canyon del Muerto and Monument. At its deepest, the sandstone walls rise 1,000 feet above the canyon floor. 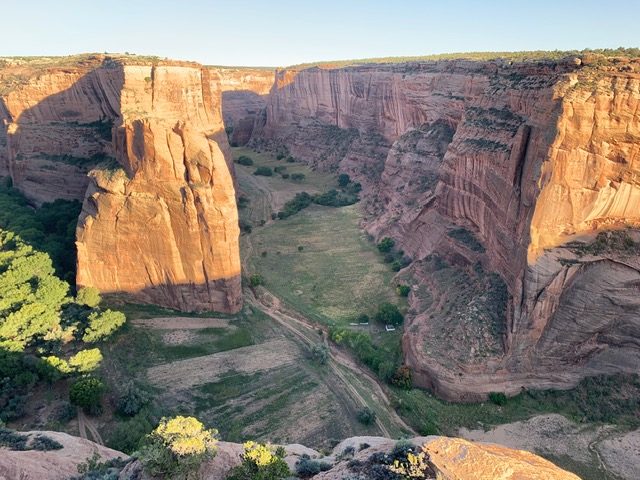 The canyon is one of the longest-inhabited sites in North America, and Jack notes that about 40 families live in the canyon today. In the mid-19th Century, Canyon de Chelly was a vast stronghold for the populous but highly-decentralized Navajo Nation.

Jack got a lot of shots of the multitude of petroglyphs and pictographs that graffiti the canyon, messages from multiple cultures and of many vintages. 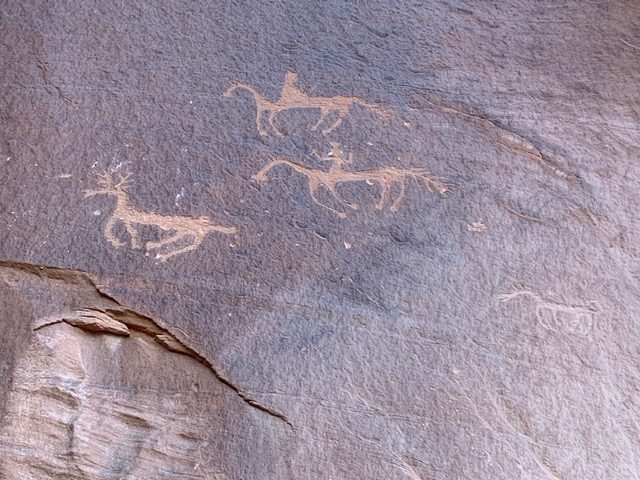 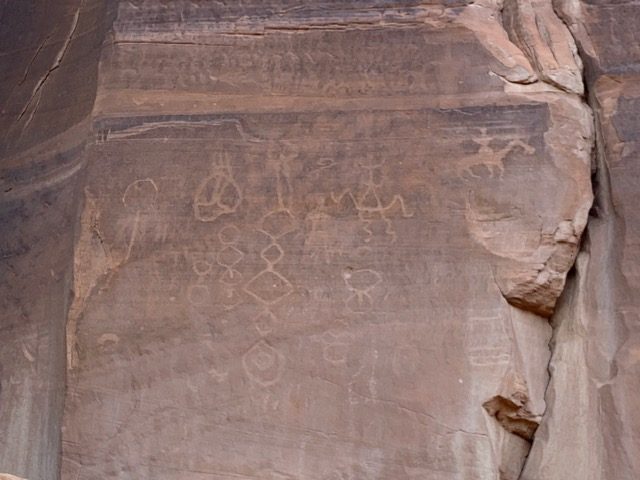 In his excellent popular history Blood and Thunder: An Epic of the American West, Hampton Sides writes:

The canyon walls were scrawled and chipped with untold thousands of petroglyphs and pictographs, often in the unlikeliest of places… The deigns came in a dazzling confusion. Serpents, lightning bolts, elaborate fret patterns, whorls… Men impaled with arrows, men with enormous dangling penises, alien-humanoid figures with strange protuberances emerging from their left ears…

Jack described the canyon as “drop dead gorgeous,” changing with the light through the day.

A spiritual heartland, a fortress, a place of refuge, in 1864, Canyon de Chelly would be the focal point of a grinding, soul-searing scorched earth military campaign, part of one of the most grim and sorrowful episodes in the history of the Frontier Partisans.

In Part II of our exploration of Canyon de Chelly, we encounter the controversial legacy of one of the most legendary of all Frontier Partisans: Kit Carson.