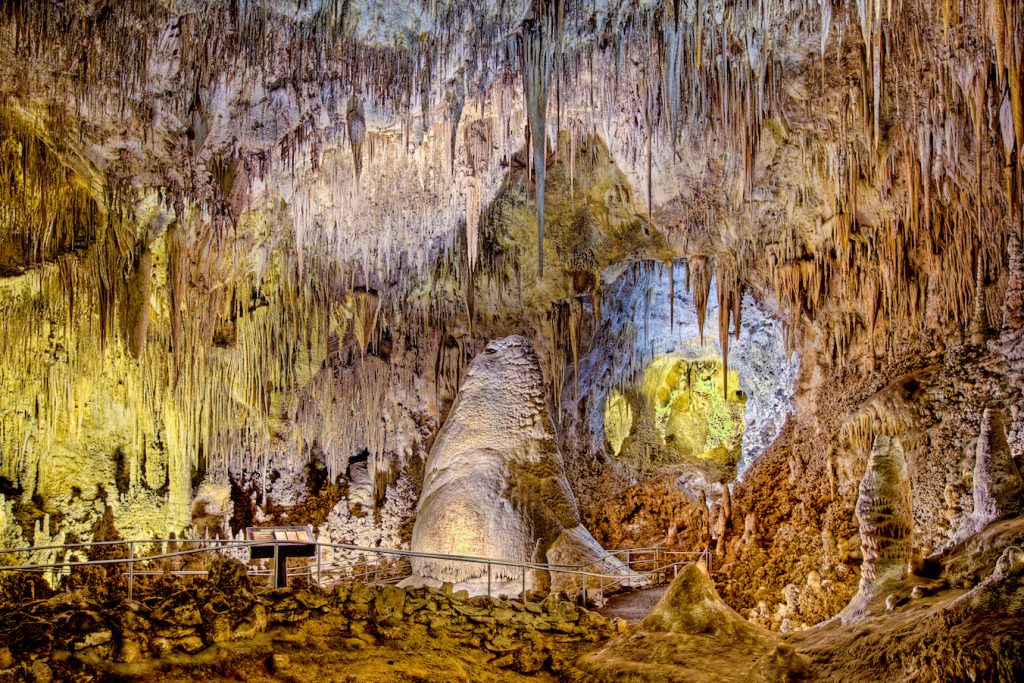 I was recently privileged to scroll through the multitude of photographs my friends Jack and Jan McGowan took on a recent, epic seven-week trek through the American Southwest. There will soon be a post on their excursion into Canyon de Chelly, the last stronghold of the Navajo Nation.

Their description of the experience of the Carlsbad Caverns set me off on a rumination on fantastical landscapes. I guess it triggered a memory of Robert E. Howard’s description of his own trip to the Carlsbad Caverns in the early 1930s. Howard is best known for his creation of the fantasy character Conan of Cimmeria — and he translated his experience in New Mexico directly into a Conan story.

In a letter, Howard wrote that:

“The English language is too weak to describe the Cavern. The pictures do not give a good idea; for one thing they exaggerate the colors; the coloring is really subdued, somber rather than sparkling. But they do not give a proper idea of the size, of the intricate patterns carved in the limestone throughout the millenniums… In the Cavern natural laws seem suspended; it is Nature gone mad in a riot of fantasy…. We moved through a wonderland of fantastic giants whose immemorial antiquity was appalling to contemplate.” 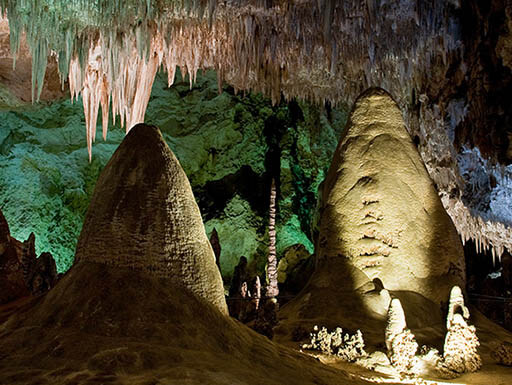 Shortly after his return to Cross Plains, Texas, from his road trip into New Mexico, Howard composed the tale The Servants of Bit-Yakin (later retitled The Jewels of Gwahlur). The setting was a complex of labyrinthine caves…

Conan was born out of landscape. The poem Cimmeria was, Howard noted:

“Written in Mission, Texas, February 1932; suggested by the memory of the hill-country above Fredericksburg, seen in a mist of winter rain.”

The power of the works of J.R.R. Tolkien derives in great part from his ability to evoke a landscape that is at once fantastical and real. Tolkien was profoundly affected by landscape — beloved and comfortable; awe-inspiring; terrifying and appalling.

Like Howard, he had his caverns — in his case Cheddar Gorge in Somerset, England, where he honeymooned with his bride Edith. 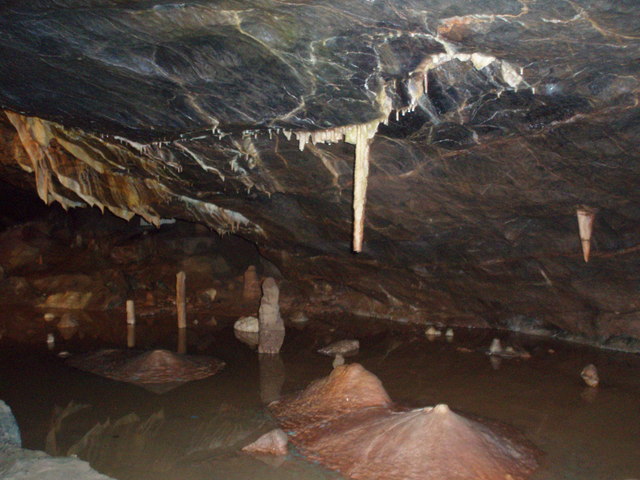 The caves there directly inspired the Glittering Caves of Aglarond in the mountains behind Helm’s Deep. 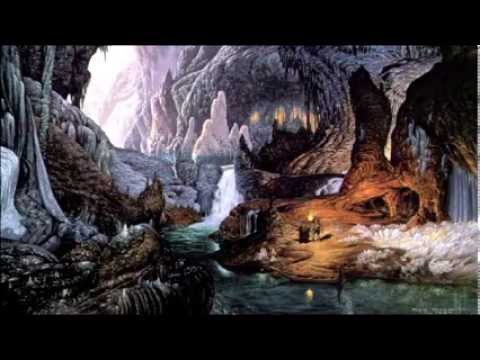 The Glittering Caves of Algarond. Art by Tim Nasmith.

Sarehole inspired The Shire and Hobbiton: 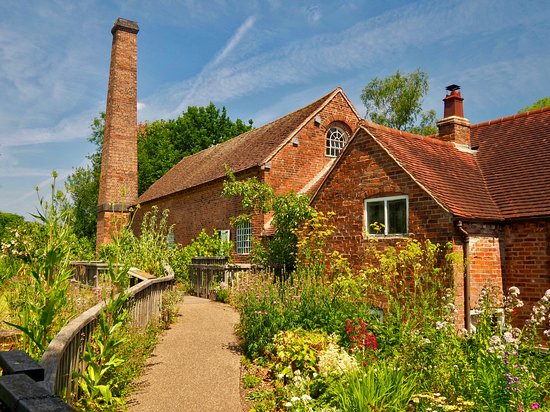 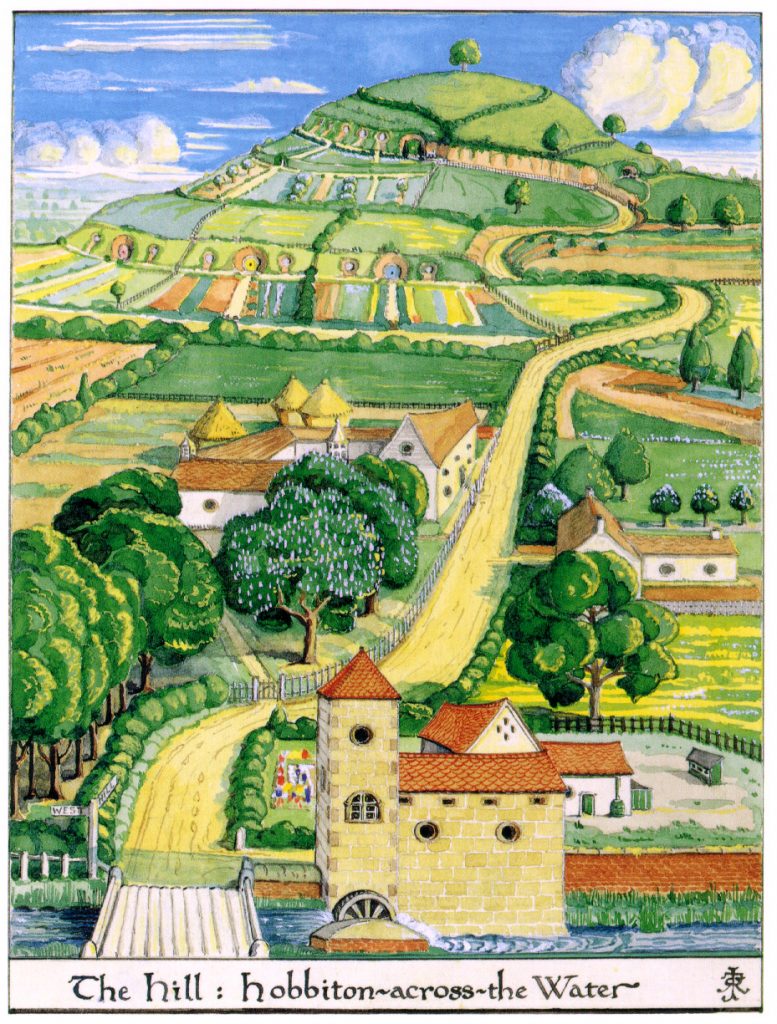 A youthful hiking trip in the Alps provided vistas that never left him; Tolkien’s depiction of Rivendell is drawn directly from Lautenbrunnen, Switzerland: 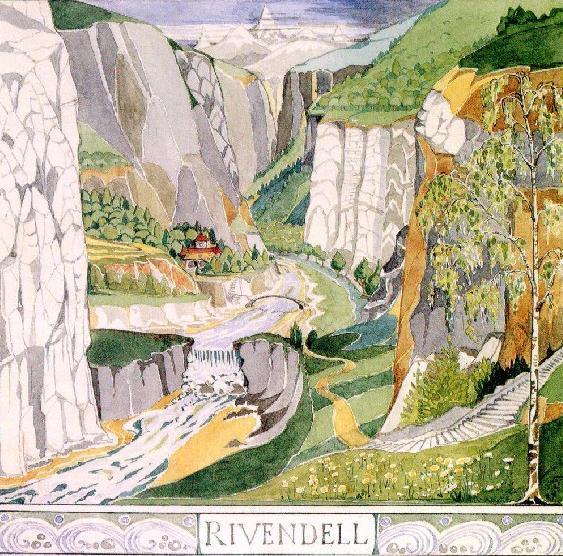 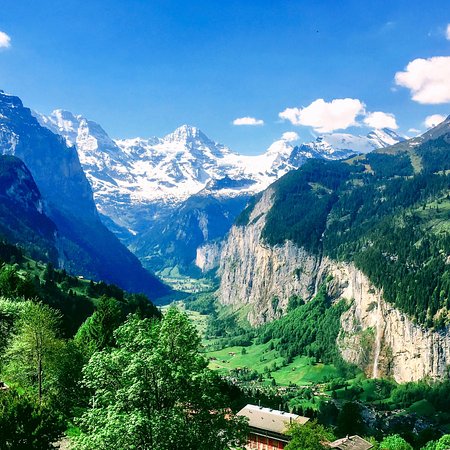 Tolkien’s conception of Mordor bears a strong resemblance to the industrial Black Country west of Birmingham: 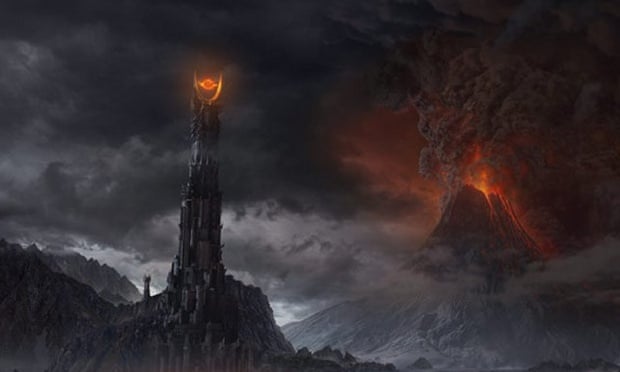 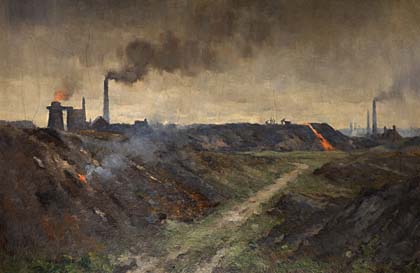 And Tolkien acknowledged that The Dead Marshes owed much to the blasted landscape of northern France during the First World War, in which he served and where he lost most of his childhood friends: 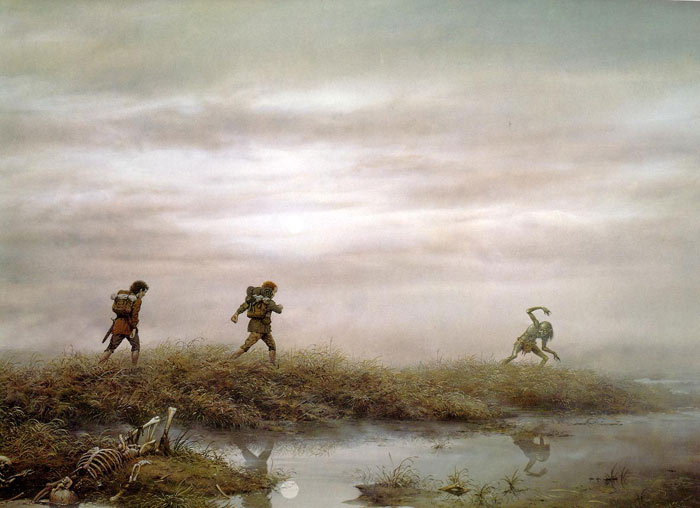 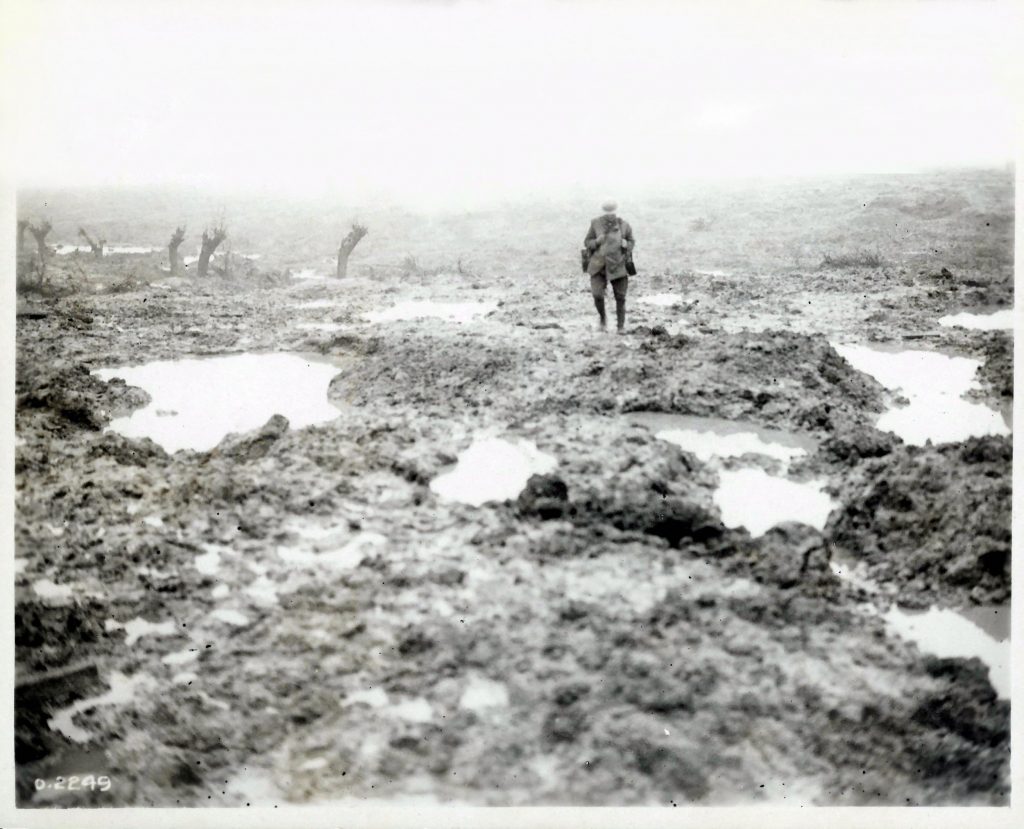 Tolkien was a tree-hugger before tree-hugging was cool — but the forests of Middle Earth could be as forbidding as the woodlands of the Ohio Valley that both thrilled and intimidated explorers and Long Hunters. The forests of Wilderland had their real-world analog in Puzzlewood in Gloustershire and Moseley Bog near Birmingham. 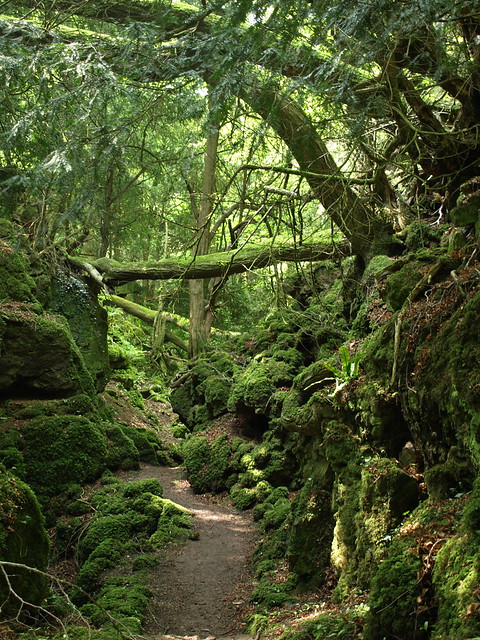 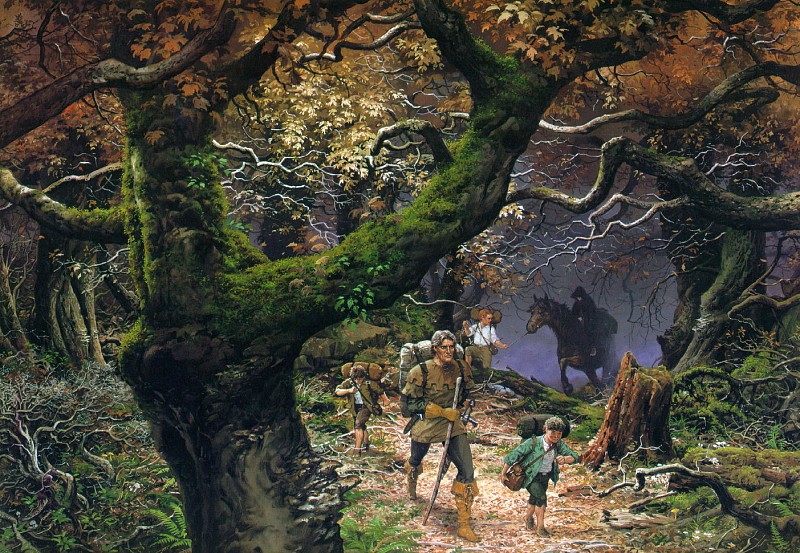 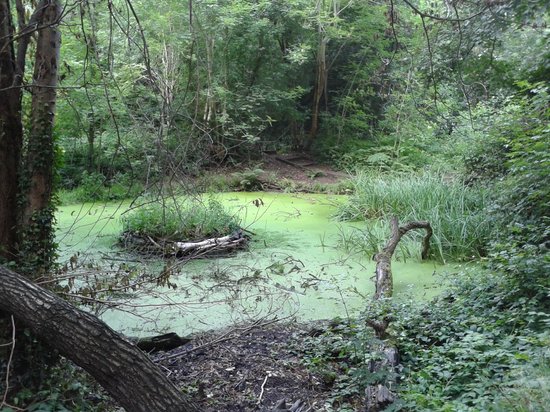 I first quaffed deeply from the chalice proffered by Robert E. Howard and J.R.R. Tolkien at the same time — from age 11 into my mid-teens — I was  swigging from the jug of frontier corn likker served up by the likes of Allan W. Eckert, Will Henry, Vardis Fisher, Stewart Edward White and A.B. Guthrie, Jr. It all went powerfully to my head and I never did recover from the effects.

In my imagination, I trekked far over the Misty Mountains cold simultaneously with journeys into the Rocky Mountains in search of an El Dorado of beaver pelts. I traveled down the Ohio River to the fabled land of Kan-tuc-kee while also crossing the Black River into the Pictish Wilderness.

The landscapes of my imagination were matched by the mountains, high desert and forests of the Angeles National Forest around the mountain village of Wrightwood, where I roamed in those critical formative years.

We live now in one of the most beautiful landscapes in America, in Central Oregon. That’s what Marilyn and I chose. We came here not for career or for community, but above all for landscape. 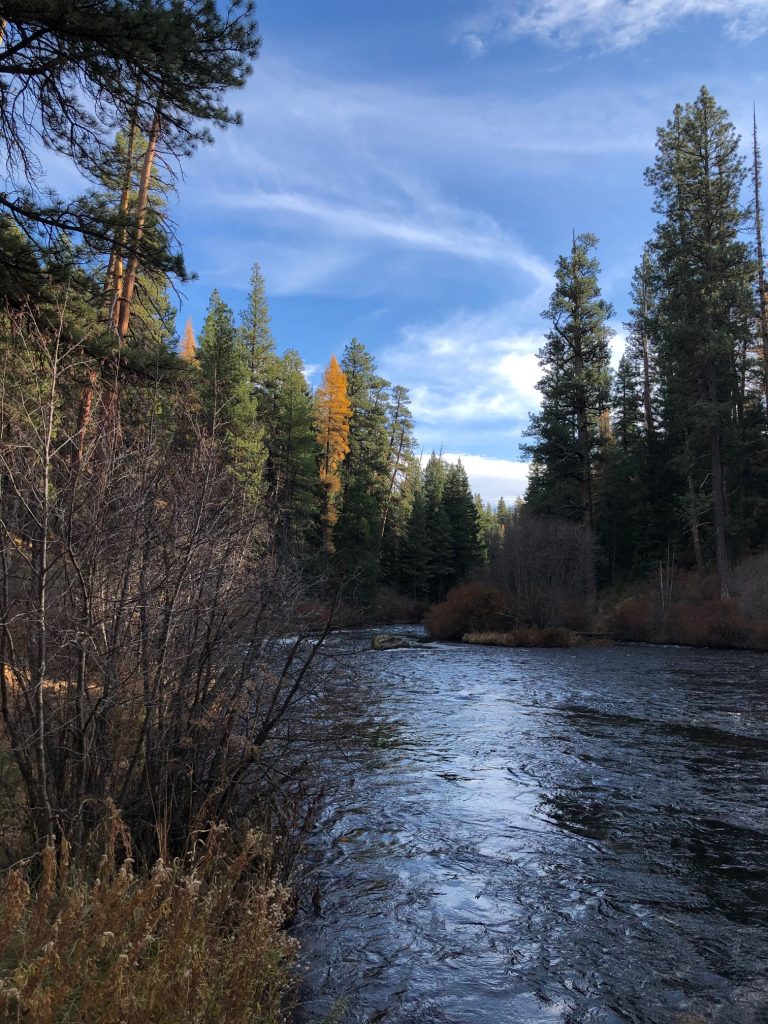 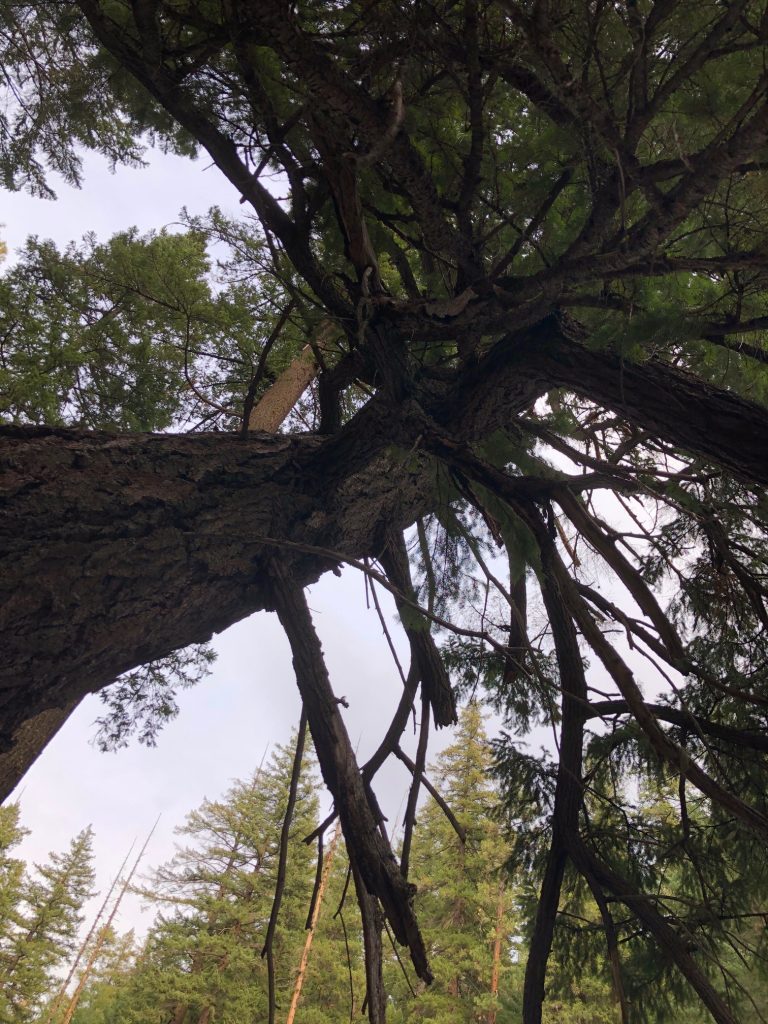 A grand old Douglas fir on the riverbank — a battered survivor of centuries. Tolkien would surely have loved it.

Landscape and Story are inextricably entwined in my personal mythology, and they are both suffused with Music. I am never more content than when I take up rifle and walking stick and set out into Wilderland with a song to set the cadence of my stride…