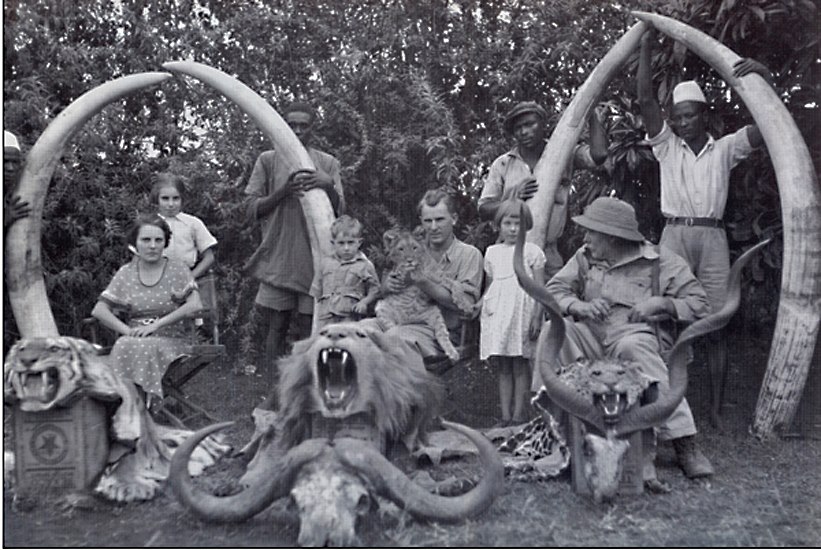 Charles Cottar was the quintessential American Frontiersman: Adventurous, independent, impatient of authority, entrepreneurial, and tougher than leather. In an earlier day, his epic family saga might have played out in the forests and meadows of Kaintuck, or in the wilds of the Rocky Mountains, or out on the Southwest borderlands.

Cottar was a successful businessman living in Oklahoma when accounts of Theodore Roosevelt’s 1909 safari in East Africa set him on fire. Within a year, he was in Africa himself, putting together a minimalist outfit and setting 0ut on foot into wide open big game country that thrilled him to his soul. He also took to the folk he met out there, both native and English. Brian Herne quotes him in his essential tome White Hunters: The Golden Age of African Safaris:

In those days there was a breed of men out there that I could understand. They were Englishmen, yes, but the kind of Englishmen that settled America in the sixteen and seventeen hundreds. They were dying off fast, many of them under the feet of elephants, but while they ran the country, it was a real country.

Cottar returned from his 1910 safari but, like so many others, his heart was fixed on a return to Africa. He went back for another safari in 1913, then in 1915 he sold out his Oklahoma holdings, gathered up his growing clan (he and his wife Anita would raise six daughters and three sons) and pulled up stakes to settle on the wild frontier of East Africa. And there the family would create a dynasty in the bush that persists to this very day. 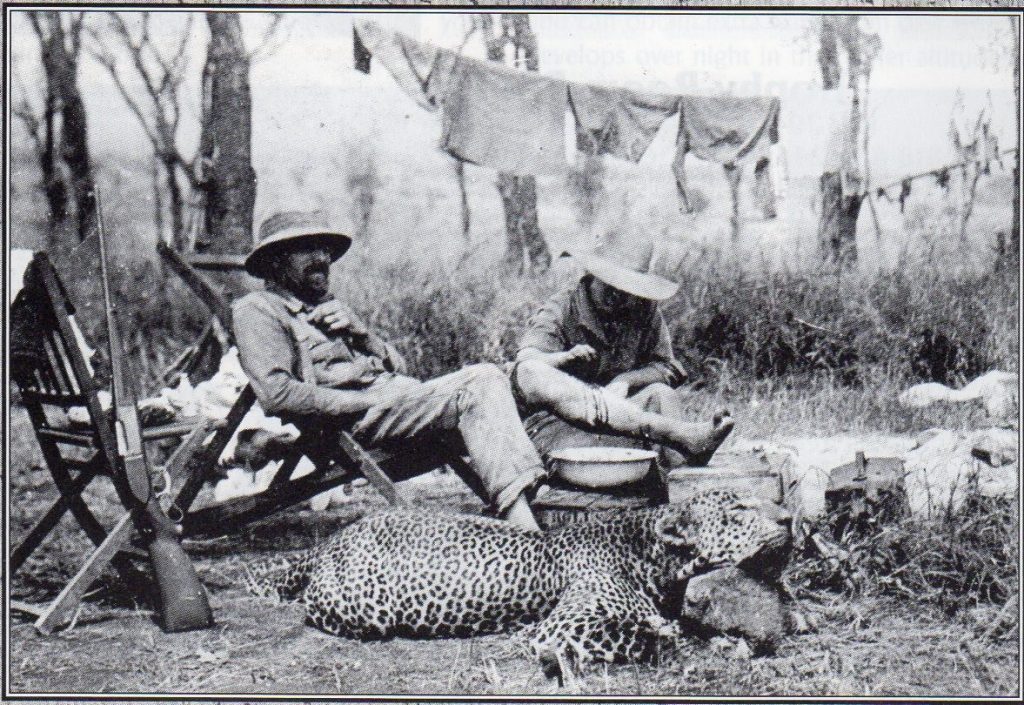 What’s a mauling — or three — balanced against the freedom and adventure of the bush?

Charles Cottar plunged into Uganda to hunt elephants for ivory, then served with Lord Delamere’s scouts patrolling the border between British East Africa and German East Africa during the Great War. At the end of that conflict, he established Cottar’s Safari Service, helping to pioneer the great safari boom that began in the 1920s, the era depicted so vividly in Out of Africa.

Cottar was the first to import American automobiles for use on safari.

Charles Cottar was a real-deal rough-and-tumble frontiersman, but he was also a good writer, contributing to hunting and firearms publications, and a savvy and visionary businessman. He expanded his operations far beyond Africa to provide outfitting services for hunters in Indochina and in the tiger country of India, and he was a pioneer wildlife filmmaker.

Cottar’s children grew up in the bush and followed in their father’s enormous bootprints. 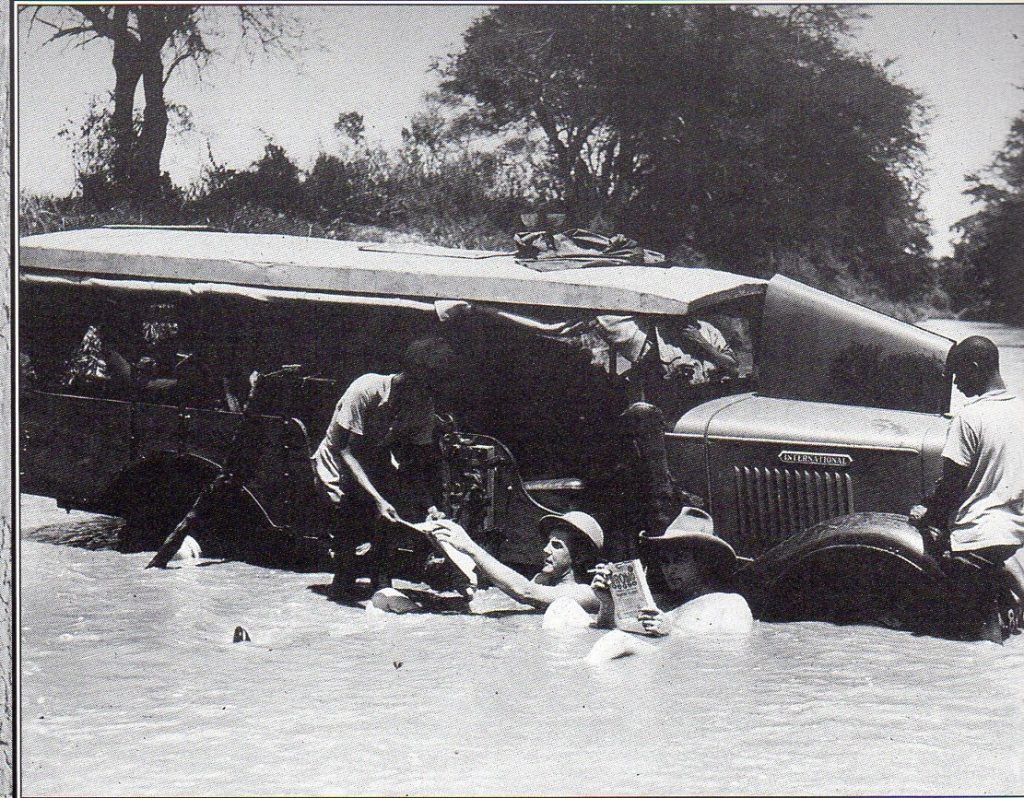 It was a glorious and enviable way of life — but it came with a staggering price tag. Charles was ravaged by tick fever, pounded into the African dirt by elephant and buffalo, and finally gored to death while filming  a charging rhinoceros in 1939. The rhino’s horn ripped open his thigh and caught the artery. He bled to death in his beloved bush. His son Bud witnessed his father’s demise, and it traumatized him. He died young from World War II-related service injuries complicated by the effects of tropical diseases and alcohol abuse.

Charles’s middle son Mike was, according to Herne, widely regarded as the finest bushman of his day. In the 1930s, he pushed his safaris into wild territory, leading well-heeled clients on epic adventures lasting weeks. 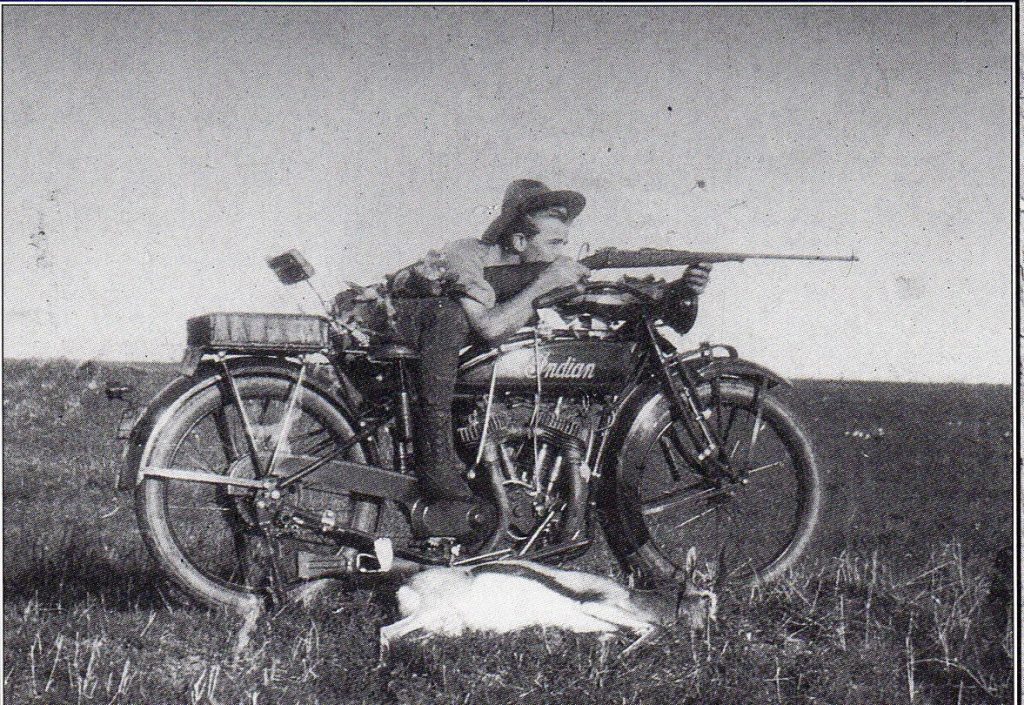 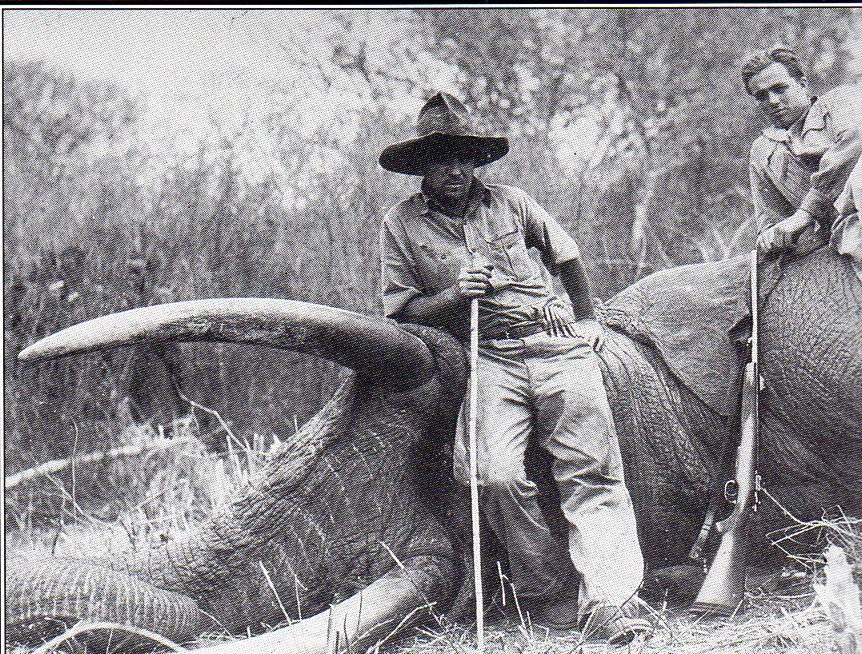 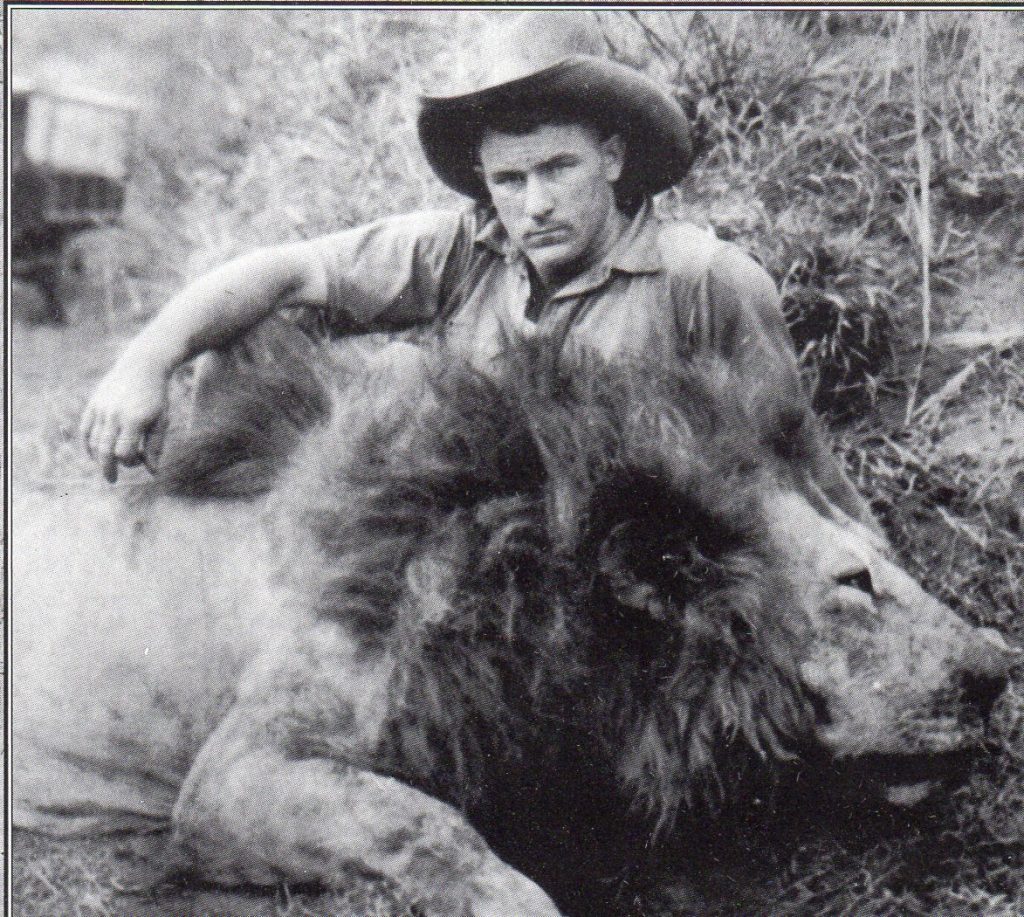 He, too, would meet death in the bush. Faced with a Cape buffalo charging downhill at his party, Cottar fired twice with a .470 Nitro Express double rifle, killing the buff with a brain shot. The big critter’s momentum, however, carried it down the slope and it rolled over Cottar. The tough bushman initially seemed to emerge unscathed — just another close call to laugh about over drinks. But the weight of the buff had ruptured Cotta’s spleen, which Herne says was enlarged from bouts with blackwater fever, and Cottar died on July 12, 1941, at the age of 36.

Mike’s son Glen, just 10 years old when his father died, would eventually take on his mantle and guide the safari business through the middle of the century and into a rapidly changing modern era. His son Calvin now operates Cottar Safari Service — no longer a hunting outfit, but still among the most highly regarded services in East Africa. They are renowned for their camp that recreates the ambiance of a classic 1920s safari camp in the Maasai Mara of Kenya. 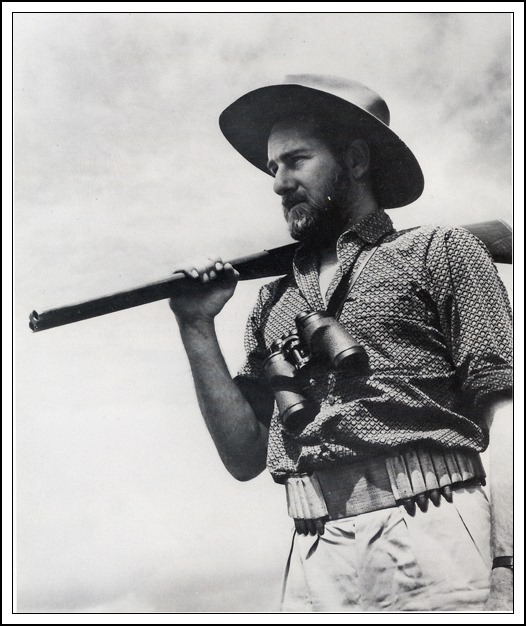 It’s an astonishing legacy for a rugged American frontiersman who dreamed of wide open country and a big game hunter’s paradise, just as Daniel Boone and Jim Bridger and countless others did before him… 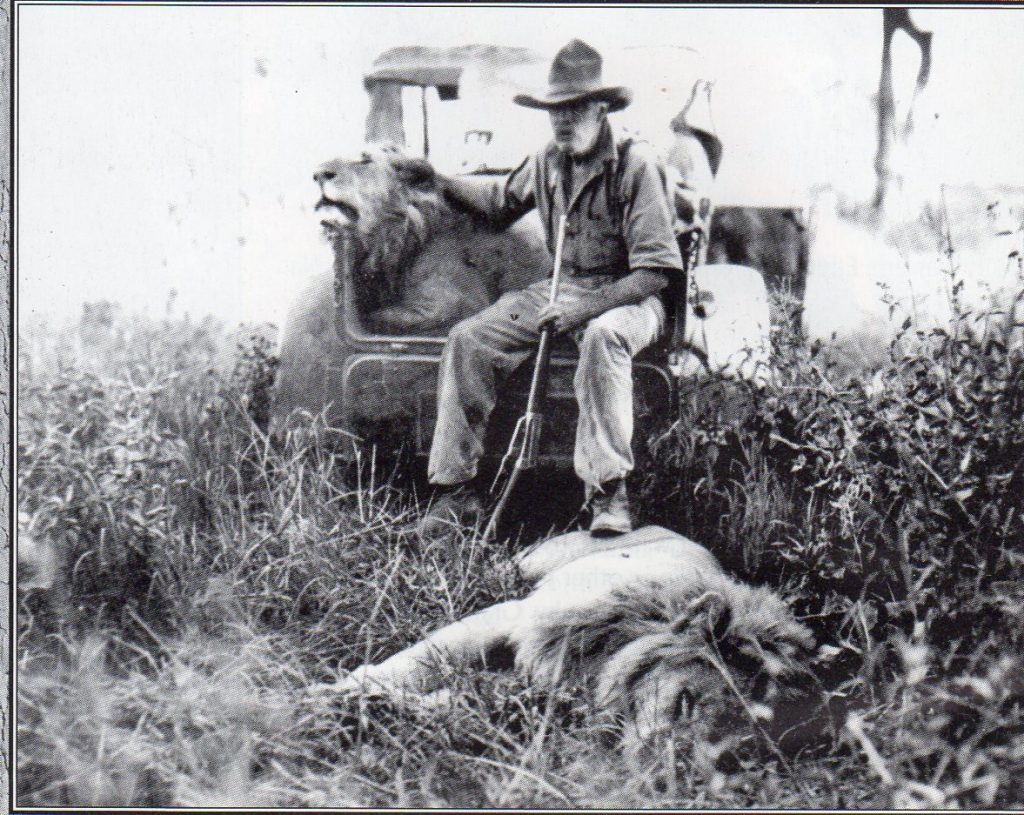 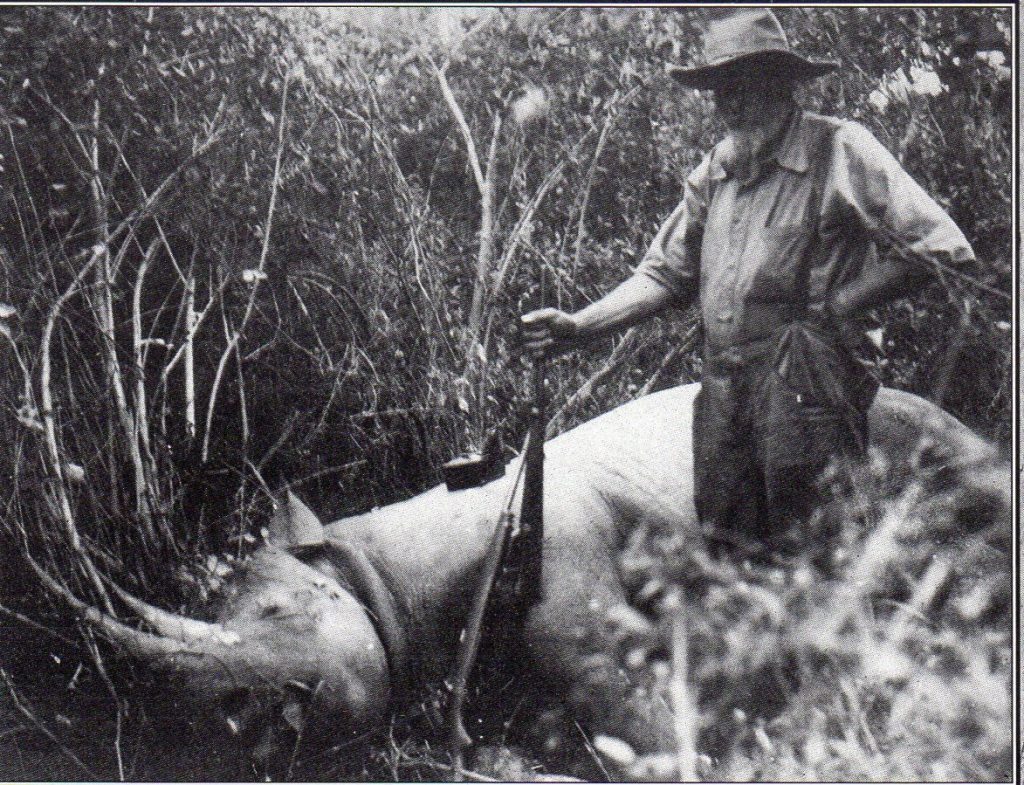 Note: The photos used in this piece were uploaded to Facebook by the Robert C. Ruark group, originally from Hatari Magazine.

• Safari: A Chronicle of Adventure