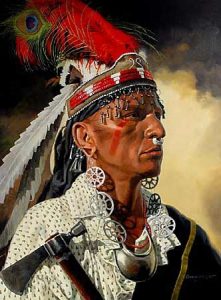 If you haven’t scouted out Scavenology yet, git ye moccasins on and head off into the West Virginia hinterlands. This labor of love of attorney John Bryan and his family consistently turns up artifacts and history that make the Frontier Partisans heart pump hard and fast…

What is “Scavenology”? Let Bryan explain:

We are fortunate to live in the most beautiful area in the world — the Greater Greenbrier Valley of West Virginia (at least in our biased opinion) and we have a passion for the little-known frontier history of our region, which was vital to the development of America as we know it today.

Join us as we learn our history by doing, and by scavenging the garbage, and dropped items of our forefathers.  If we don’t save our history now, and make an effort to educate ourselves, and our children, our soul as a country, and a region, will be lost forever.  And it’s fun to play with drones, and metal detectors and stuff……

Two recent posts particularly tripped my trigger, if you’ll pardon the pun. One is an exploration of the site of the Clenendin Massacre of 1763. The killings of the Clenendin family during what is generally known as Pontiac’s War were conducted by a raiding party under the leadership of the Shawnee chieftain Cornstalk, who led the Shawnee in Dunmore’s War in 1774 and who would himself be gunned down in 1777 at Fort Randolph on the banks of the Ohio, during a diplomatic mission.

The Clenendin Massacre was a brutal act and the way the whole saga played out is a case study in the way the cycle of violence operated on the Ohio Valley frontier. Most everybody, white and Indian, was aggrieved and traumatized by some terrible act, and often took it out on the most convenient target.

Another post delves into the type of long gun the average frontiersman would most likely have carried at the time of that terrible deed. Counter to common perception, it probably wasn’t a rifle. Check it out. 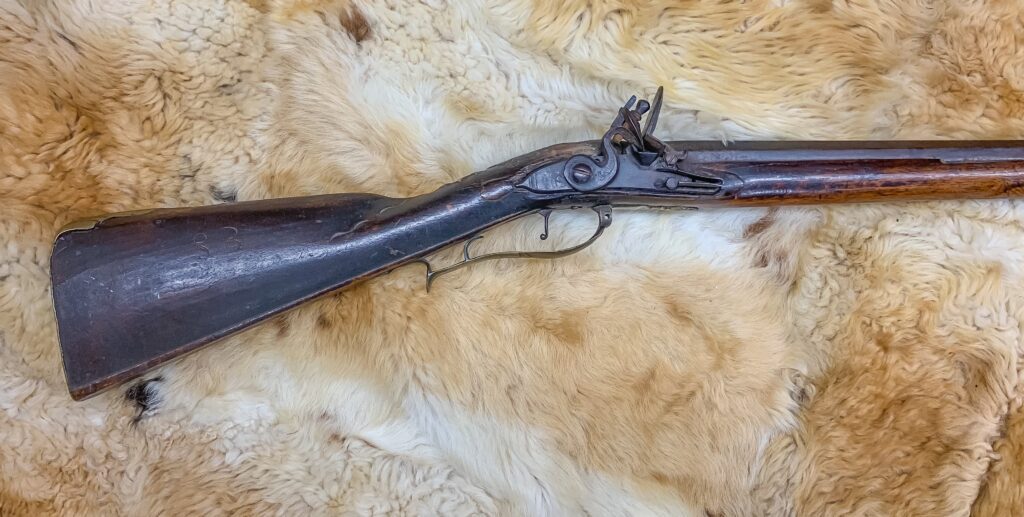 When the first settlers came into the Greenbrier Valley in the 1750’s, this is likely the type of firearm they brought with them. A civilian owned smoothbore fowler. This longarm is exactly 6 feet in overall length. It has a bore of exactly .70 caliber. It could fire a solid round lead ball. Or it could fire a group of shot, like a shotgun. Or, it could fire something in between, generally known as “buck and ball,” which is a mix of smaller and larger shot. It was a do-it-all versatile weapon. You could kill small game; woodland bison; or people.

It is an ideal example of what you would have seen ranging the frontier, and leaning against cabin walls in early forts, such as Fort Pitt. Maybe it was with Washington at Fort Necessity, or at Braddock’s defeat. You never know, but it’s fun to hold a gun like this and let your imagination run…..

I follow Scavenology on Facebook, and their posts are always a highlight of my day. This is real-deal Frontier Partisans work — a tip o’ the hat to ’em!