By Rick Schwertfeger, Captain, Frontier Partisans Southern Command, Austin, Texas
This is the first of a two-part article on Colonel Townsend Whelen (1877-1961), known as Mr. Rifleman. Part I addresses his work as a marksman; soldier; and designer and tester of rifles, cartridges, and everything related to firearms. Part II will explore his extensive experience as an outdoorsman. 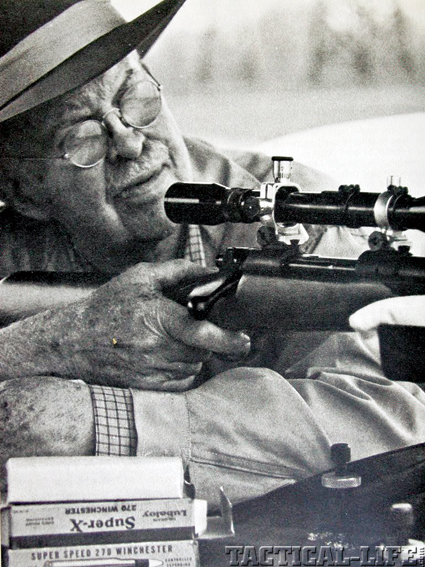 Two themes guided Townsend Whelen’s life: to be a consummate outdoorsman, and a rifleman par excellence. Born in 1877 into a Philadelphia society family, the outdoors called Whelen. As a boy, he “poured through hundreds of volumes, and they were all books of outdoor achievement. As a young boy I wanted above all else to be a hunter.” And regarding the term “rifleman,” we’re not talking here just about shooting. For beyond his superior marksmanship, Whelen immersed himself totally in firearms. His autobiography, MISTER RIFLEMAN, published posthumously in 1965, is a deep, advanced education in firearms, ammunition, and marksmanship.

Early on, a parallel between his childhood and Theodore Roosevelt’s emerged: both born into society, both had physical limitations. Roosevelt was wracked by asthma; Whelen was “of very frail physique, very tall but thin and weak.” T.R. strengthened his body through great effort fueled by his awesome will. And after Whelen saw a physical fitness presentation at age 15, “something seemed to crack inside me. I determined that I would start regular exercise, build myself up, and make something of my life. The results were perfectly marvelous almost from the start.” Whelen “kept up daily exercise every day of my life since. My physical training, more than anything else, is responsible for any small success I have had in life.” 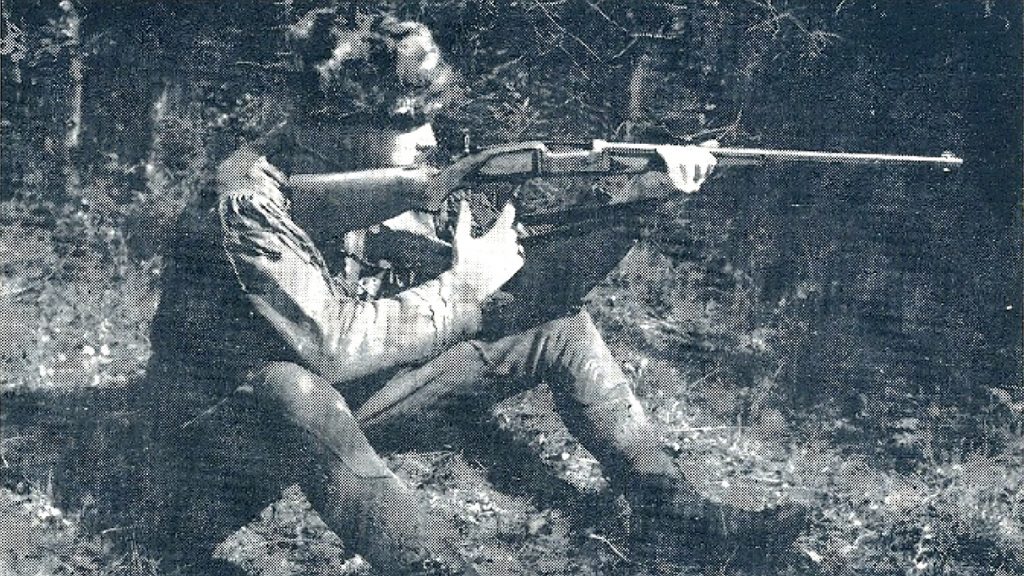 A shooter in his youth, Whelen received a Remington .22 on his 13th birthday. Thus began his adventures with firearms, mostly rifles. The fascinating “A Rifleman’s Battery” section of MR. RIFLEMAN provides photos, descriptions and histories of Whelen’s 33 rifles. Friend E.R. Jackson noted that “Whelen was meticulous to an unusual degree.” That characteristic imbues much of the book, as Whelen recounts his rigorous, methodical testing of rifles and ammunition. This driving personal interest was incorporated into his work, for Whelen became a career army officer of infantry and ordinance.

Townsend Whelen joined the Pennsylvania National Guard during the Spanish-American War. While in training, hostilities in Cuba ended before they shipped out. After a hunting trip to “the best game country in North America, in British Columbia,” Whelen realized he wanted an Army life. Using family connections, Whelen wrangled a meeting with President Theodore Roosevelt in May 1902. “Mr. President, I want to be a Regular Army officer.” Roosevelt replied, “You are the type of young man I want to see in the Army.” Roosevelt arranged for Whelen to take the examination. Placing second out of 30 candidates, that autumn Whelen was sworn in as a 2nd Lieutenant, 15th U.S. Infantry. Whelen served for 34 years, retiring in 1936. 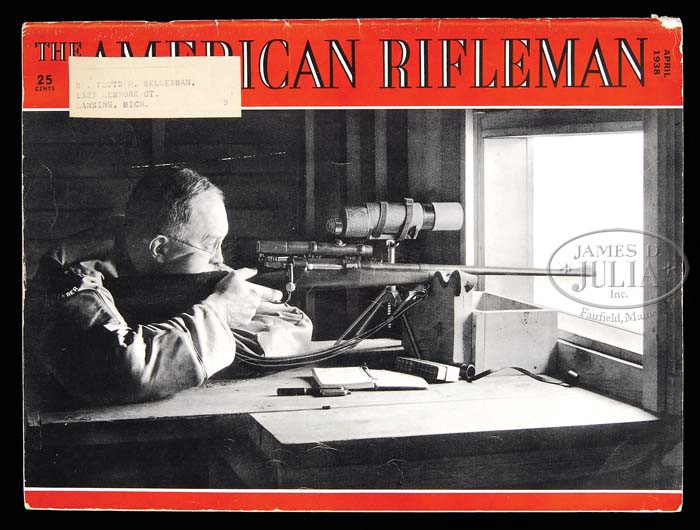 Several themes emerged in his Army career. First, his superior marksmanship led to selection on numerous Army teams to compete against other branches. Whelen, shooting prone, could hit a man-sized target at 200 yards using the bolt action, open-sighted M1903 Springfield .30-06 service rifle, scoring six hits in 10 seconds. Explaining his technique, Whelen makes a strong case for using the rifle strap to shoot accurately from prone. (N.B. that many biathletes today use a version of this when shooting prone). Whelen won or placed in many of these competitions.

Secondly, his first specialization was studying and then training units in infantry tactics. Whelen became so valuable in that role that he was kept stateside training recruits during World War I. This led him, however, to change his Army focus after the War. Feeling his lack of combat experience, and due to his tremendous interest in firearms, Whelen switched to Ordinance. It was a fortuitous change, as it led to him commanding armories, including the famous Springfield Armory. And as an Ordinance Officer of special skills, Whelen engaged in development and testing of military rifles and cartridges for the rest of his career.

In his personal time, Whelen was as passionately involved in firearms as in his work time. Whelen advocated for two types of rifles in particular: the Springfield .30-06 and the civilian .22 Long Rifle. His promotion of the .22 played a big role in expanding civilian small-bore competitions. Whelen’s accounts of testing rifles and cartridges is part of that “advanced education” the reader of MR. RIFLEMAN gets — if one can absorb its details! As one example, Whelen explains how no two rifles — even of the same make, model, and production quality — shoot with exactly the same accuracy. And each rifle may shoot more accurately with a specific cartridge.

So, my friends, to learn about your rifle’s performance, grab your wallets, buy a variety of makes of cartridges, take a record book, and head to the range!

One gets a similar expert education in marksmanship. The essentials: Hold the rifle fairly steady in all firing positions (“the most difficult thing to learn”); aim accurately; release the trigger without disturbing the aim. The secondary essentials: calling the shot, sight adjustment, range and trajectory, wind allowance, the estimation of distance, and care of the equipment. And ever the soldier, Whelen held that “the shooting we do in target practice should contribute towards developing skill in the kind of shooting demanded in war and hunting.”

Interestingly, Townsend Whelen’s most famous quote is not in MR. RIFLEMAN. Last winter your writer — primarily a shotgun man — undertook thorough research in preparation for purchasing a long rifle. After much internet reading, consultation with Craig Rullman, Casey Schwertfeger, and vendors in gun stores, I bought a Winchester Model 70 Sporter in .30-06. Imagine my pleasure upon reading that in an article in “American Rifleman,” Townsend Whelen once wrote that: