I mean, hell: In the song “Copperhead Road,” Steve Earle tells the story of three generations of the Pettimore family in less than five minutes. A writer doing the same thing would need hundreds of pages. That’s sorcery.

Sisters Folk Festival 2019 is in the books — and a fine one it was. As I anticipated, the highlight of the festival for me was a couple of sets from Le Vent du Nord. If you get the chance to see them live, do it. 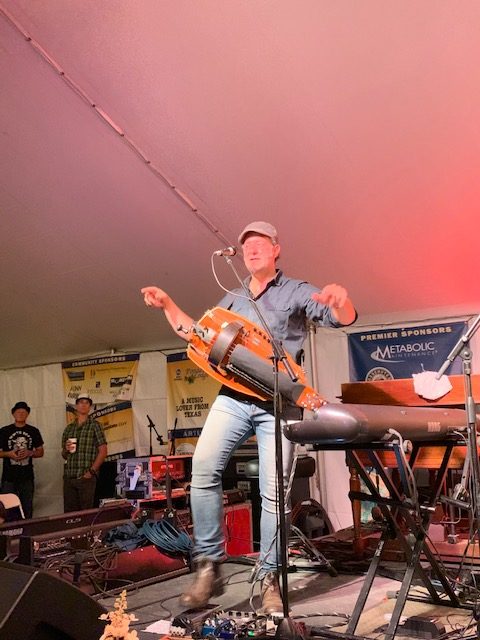 When a French Canadian goes Metal on a Hurdy Gurdy, the result is a tent full of wild dancers.

The festival was bracketed by a tremendous thunderstorm the night before, and a soaking rain Sunday evening, after The East Pointers out of of Prince Edward Island closed it out with a rousing set of Celtic tunes. Summer bowed and exited, and fall has arrived, heralded by fresh snow on the Three Sisters. 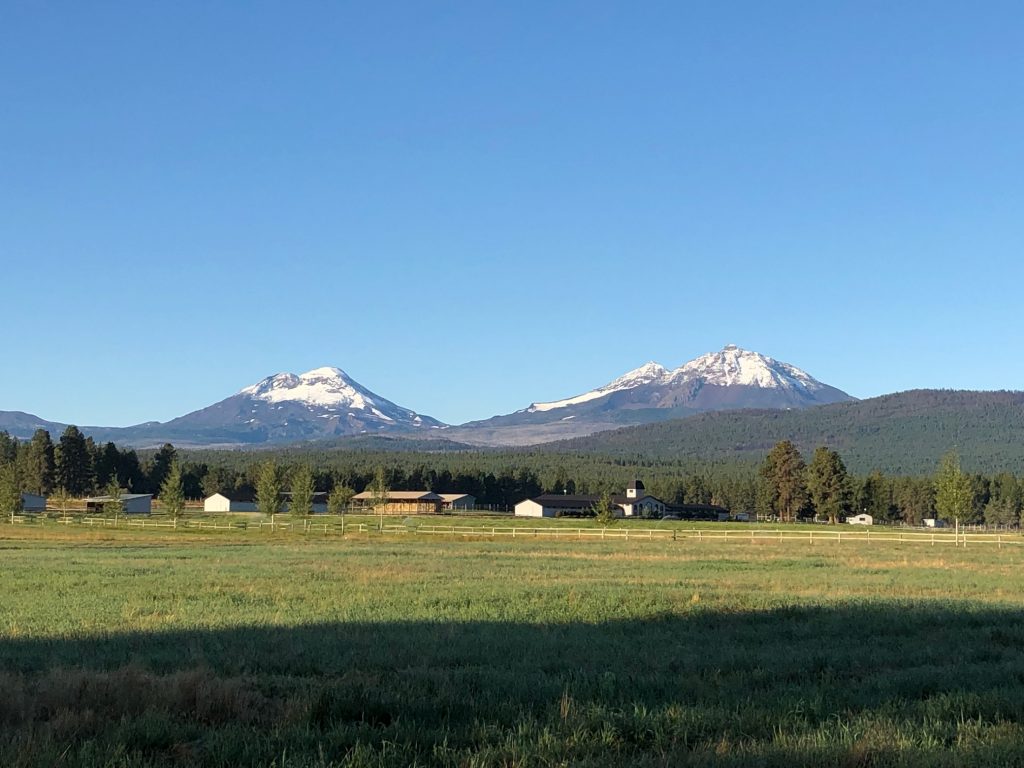 Longtime readers know that the autumn is my favorite time of year. It is quite beautiful in these parts, and the crisp air is an invigorating tonic, best enjoyed on a lengthy hike or a climb up Tam McArthur Rim or Black Crater. I’m one of those critters who is glad to see pumpkin spice-everything on the shelves at the trading post. But mostly I love the season because the line between history and folklore becomes especially permeable, and I feel as though I can live in both worlds simultaneously.

I aim to indulge in some of that deep, dark Americana over the next few weeks. And I’ll start with a tale of music and magic as old as the hills and hollers of Appalachia. HP over at Hillbilly Highways made passing mention of tales by Alex Bledsoe infused with a kind of Celtic music-magic — the Tufa novels. Turns out they’re just what I wanted to read right now, knowing it or not. How can I resist the enchantment that connects the auld sod and the American backcountry through the music that makes me, as the title of the first book in the cycle suggests, shiver and hum?

As Bledsoe knows, music at its deepest core is magic. I saw it at work last weekend, watching a tent-full of people driven into a joyful dancing frenzy, moved to tears or quivering in the harmonic hum of an old gospel song. One can attempt to demystify the phenomenon with study of biochemical reactions and the like, but you can’t crack the core of it. Why do we react so strongly to music? How can a song reach a man in a coma? How is it that some feel music so intensely while others do not? At some level, music’s power will forever remain mysterious — as it should.

The library has the whole Tufa series, and we’re off… 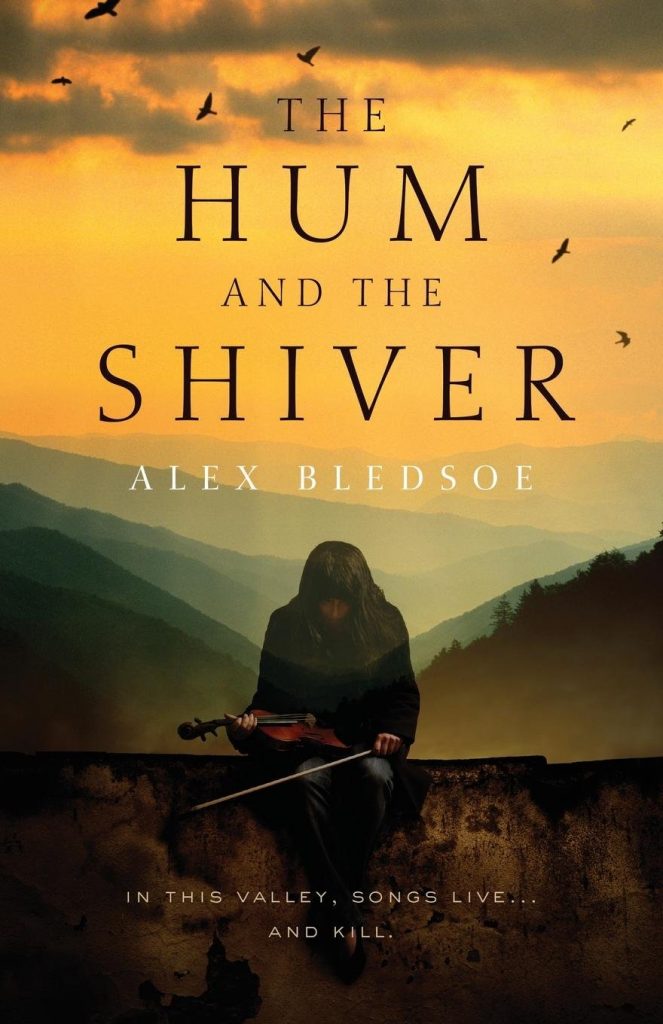 No one knows where the Tufa came from, or how they ended up in the Smoky Mountains of East Tennessee. Enigmatic and suspicious of outsiders, the Tufa live quiet lives in the hills and valleys of Cloud County. While their origins may be a mystery, there are hints of their true nature buried in the songs they have passed down for generations.

Bronwyn Hyatt, a pure-blood Tufa, has always insisted on doing things her own way, regardless of the consequences. Even though Tufa rarely leave Cloud County, she enlisted in the Army to escape the pressures of Tufa life―her family, her obligations as a First Daughter, and her dangerous ex-boyfriend. But after barely surviving a devastating ambush that killed most of her fellow soldiers, Private Hyatt returns to Cloud County wounded in body and in spirit. But danger lurks in the mountains and hollows of her childhood home. Cryptic omens warn of impending tragedy, and a restless “haint” lurks nearby, waiting to reveal Bronwyn’s darkest secrets. Worst of all, Bronwyn has lost touch with the music that was once a vital part of her identity.

Now Bronwyn finds the greatest battle to be right here at home, where her obligations struggle with her need for freedom, and if she makes the wrong choice, the consequences could be deadly for all the Tufa. . . .

My first thought on reading this synopsis was, “sounds like the Melungeons.” And it turns out that Bledsoe was inspired by the Melungeons, though he is emphatic that the Tufa are his own fantastical creation. 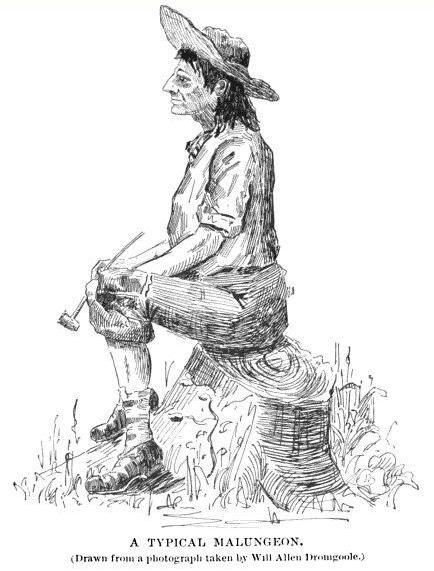 When I got ready to write my story, I knew immediately I wouldn’t try to tell the actual Melungeon story.  These are, after all, real people who deserve respect.  So I took the elements of their legends that spoke to me and invented my own group of people, the Tufa.  Like the Melungeons, they live in the mountains of East Tennessee, and were already there when the first European settlers arrived five hundred years earlier.  They have a particular physical appearance, and keep to themselves.  But because I invented them, I could also invent their origin, something the real Melungeons are still trying to discover. 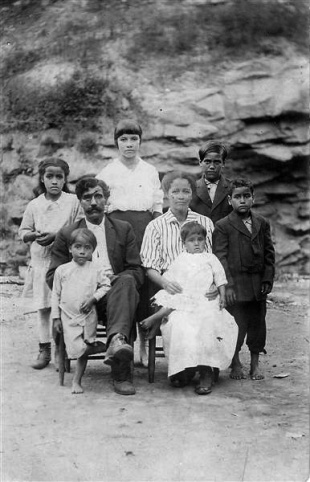