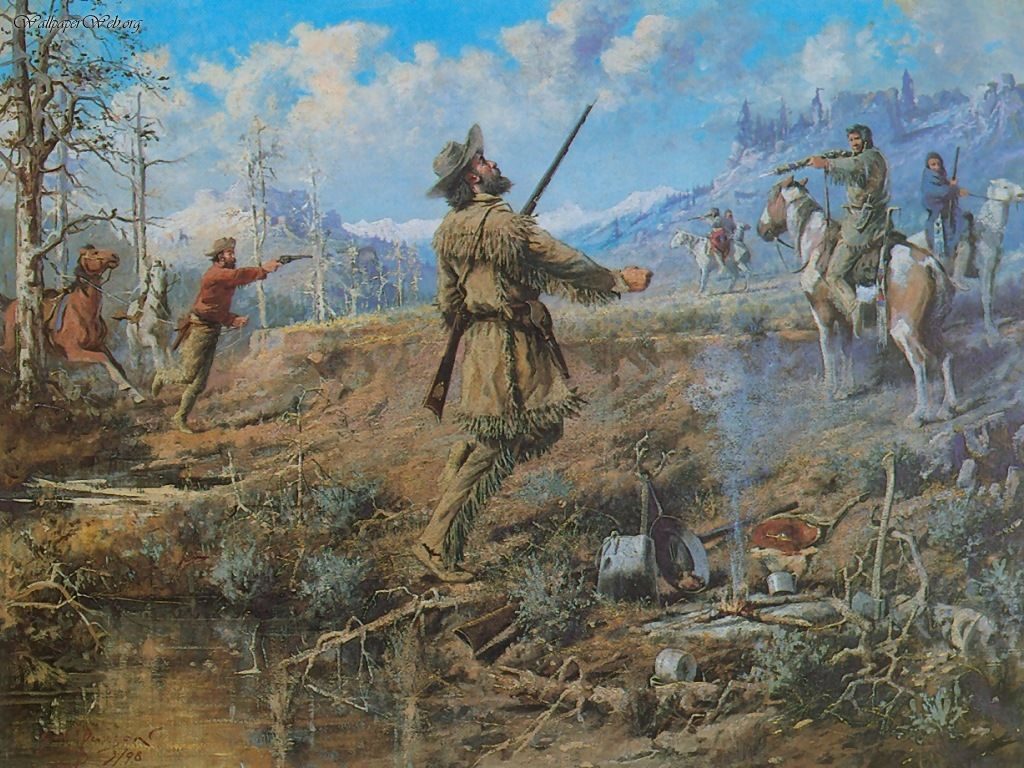 The Death of John Bozeman. Art by Edgar Paxon.

John Bozeman met a violent end right in the middle of the epic fracas created by the trail he blazed running from Fort Laramie northwest to the Montana goldfields. A little over a year after the December 21, 1866, destruction of Col. William Fetterman’s command — even as the Lakota, Cheyenne and Arapaho continued their harrying of the Army posts along the Bozeman Trail — the frontiersman and his business partner, one Tom Cover (pronounced Coover) set out in April 1867, from Virginia City eastward to Fort C.F. Smith to secure a contract to supply flour to the garrison.

Bozeman was the classic frontier man-on-the-make. The Bozeman Trail was his attempt to “mine the miners,” and he was always game to try any money-making venture, including contracting for the military.

Cover and Bozeman stayed a night at the ranch of pioneer cattleman Nelson Story, then moved out along the Yellowstone River. Camped on the river, the frontiersmen were approached by a party of Blackfeet Indians, who may have tried to pass themselves off as friendly Crows. One of the warriors suddenly raised a rifle and shot Bozeman down. Cover took a wound to his shoulder. The Blackfeet seized the white men’s horses and took off, leaving Cover to stagger on foot 30 miles back to the Story Ranch with his terrible tale.

And ever since, there have been rumors and insinuations that the tale ain’t true. 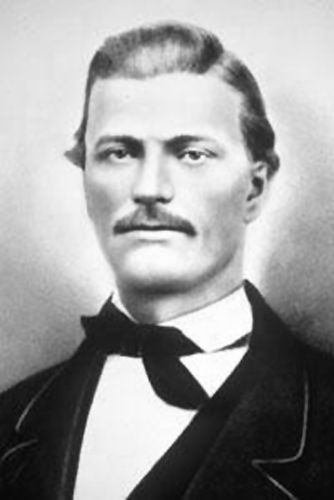 John Bozeman was a handsome feller. Did his good looks and charm get him into trouble?

Cover’s story didn’t match up to the forensics. Story sent out a packer named Spanish Joe to recover Bozeman’s body. Supposedly, Spanish Joe found no Indian tracks, and Bozeman’s Navy Colt revolver and other personal items, along with his camp gear were all intact. Blackfeet could be expected to take every bit of practical loot they could carry, and who would leave a good revolver behind? Cover’s wound, too, was suspect. Allegedly there was a big ol’ powder burn along the superficial wound. You don’t have to have watched Frontier Partisans: CSI to know what that implies. A self-inflicted pistol shot to make it all look good?

The theory goes that Bozeman, who was a handsome devil and had an eye for the ladies, got too friendly with Cover’s wife Mary. Cover, naturally, whacked him. Or maybe it was a falling out over business, or…

Whatever suspicions Story may have had, he never seems to have pursued them. Cover moved on to California, and in later years Story would affirm the official narrative “that John M. Bozeman was killed by Blackfeet Indians April 18th, 1867, on the Yellowstone River.”

Well, he would say that, wouldn’t he? 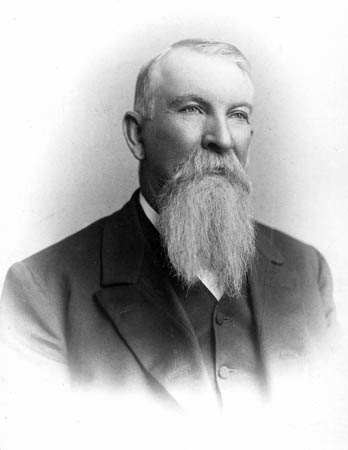 In recent years, some historians have cast suspicion on Story himself. Nelson Story was an archetypal cattleman of his era. His pioneering 1866 cattle drive from Texas to Montana is the stuff of epics — think Lonesome Dove. When Col. Henry Carrington tried to stop him passing Fort Phil Kearny and on up the Bozeman Trail — for his own safety — Story absconded in the night and drove his herd on. He was a hard man in a trade and time that required a man to be hard. He was equal parts hero and scoundrel, not above cheating the Indians he was supposed to feed through government contracts. He could be philanthropic and generous to down-and-outers, but he also had a vicious temper and would not brook being crossed. His grandson Malcom Story recalled that, while he was often kindly, “You didn’t want to disobey or cross him… (Then) he was dangerous.”

Yep, Nelson Story is the archetype for the hard-as-nails ruthless cattle baron that has been featured in Western tales right on down to my Cowboy Soap Opera, Yellowstone (looking at you John Dutton).

But I just don’t buy the story of Story having a henchman whack Bozeman. What for? Story had a flour mill, and perhaps he saw the Bozeman/Cover partnership as a competitor to eliminate. But then why just kill Bozeman and leave Cover alive? Did Bozeman somehow cross Story’s dangerous temper? Perhaps — but there ain’t no evidence.

Personally, I think Cover did the Bozeman hit and blamed the Indians. They were always a handy fall-guy for such nefarious doings. But that’s just speculation on what will forever remain a Montana Mystery.

Michael Fox, Curator of History for the Museum of the Rockies, was recently featured on C-SPAN delving into the anomalies around the Bozeman killing. He’s got that Navy Colt. Check it out here.