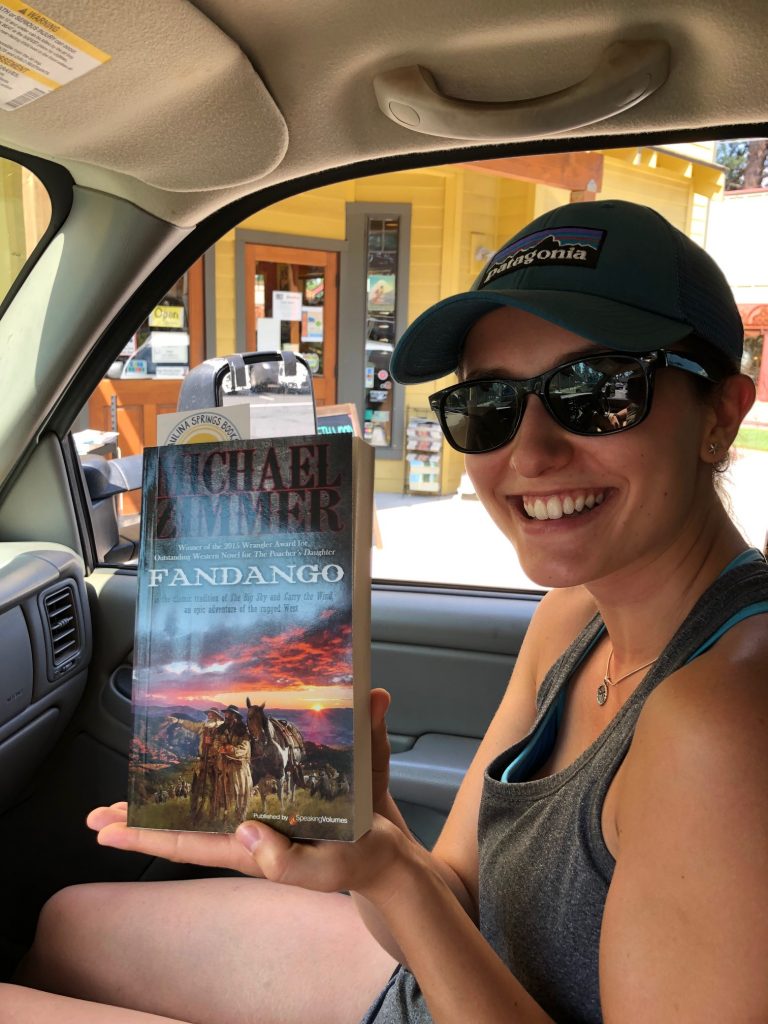 I don’t read a whole lot of frontier fiction. As deeply immersed as I am in this stuff, it’s all too easy to get thrown out of the story by anachronism, historical errors and the like. A good Mountain Man novel is surprisingly hard to come by. The Big Sky and Fair Land, Fair Land by A.B. Guthrie; Mountain Man by Vardis Fisher; Lord Grizzly, by Frederick Manfred; Wolf Song by Harvey Fergusson.  Terry C. Johnson’s novels don’t quite scale the literary heights, but they are good reads and historically valid, as are Win Blevins’ Mountain Man novels (which do climb some literary peaks). For pulpy goodness, Gordon D. Shirreff’s Quintin Kershaw novels hit the mark. Looking at that list, I guess there’s more than a handful that are worthy…

One of the best, for my beaver plews, is Michael Zimmer’s Fandango. Zimmer is a writer of frontier novels that span from the beginning of the 19th century to the early 20th century, with a variety of protagonists, from a fur brigade leader to an ex-con to a Poacher’s Daughter. He’s got several books that employ a neat conceit — they are “memoirs” of frontier characters, collected in a fictional (but entirely plausible) Depression-era Heritage project. My favorite of these is Leaving Yuma. 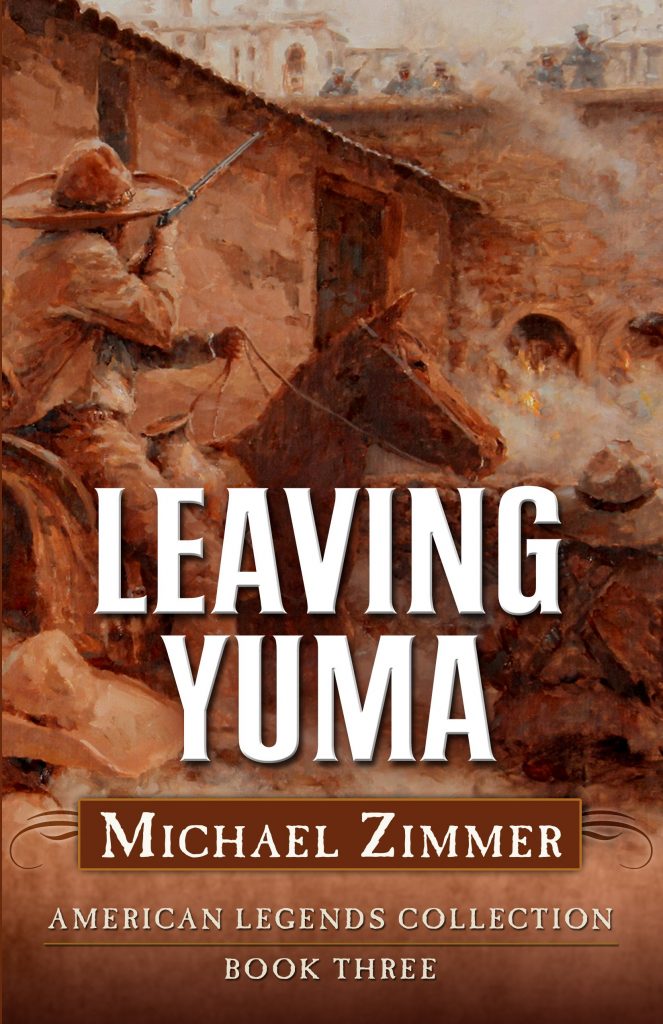 Interviewed in 1937 as a contributor to the American Legends Collection, J.T. Latham narrated the events of a dangerous trek he guided into the badlands of Sonora, Mexico, in exchange for a pardon from the term he was serving in Yuma Territorial Penitentiary. Acting Deputy Sheriff Del Buchman who made the offer, and described the situation: “Six days ago a train on its way to Hermosillo was stopped by bandits. Seven Americans were taken off. Four were shot on the spot, but a woman and her two kids were taken away. Now, here’s the kicker. On the very same day those three were pulled off the train, her husband gets a proposal from a bandit chief named Chito Soto that ain’t nothing but a ransom demand wrapped in fancy words. This Soto claims he’s a major in something called an Army of Liberation. He wants the ransom delivered to Sabana by May Sixteenth, which is eight days from today. They’re threatening to start carving on them kids on the Seventeenth if they don’t get the…their ransom on time.”

The ransom Buchman chose not to mention was three machine-guns and a dozen cases of .30-40 Krag ammunition that Latham has to transport through two hundred miles of hostile desert inhabited by revolutionaries, bandits, Yaqui Indians, and very few water holes. And that turns out to be the easy part.

Fandango is a big, sprawling epic, as suits its subject matter:

The gripping, beautiful, and vividly realistic saga of men who gave their blood and tears to a country as wild as their souls. From the red-tinged Sangre de Cristo Mountains to the snows of the Great Salt Lake, they plunged into a pristine wilderness, pursuing a rich man’s vendetta and a missing trove of beaver pelts. Among the high, harsh peaks and embracing valleys they would fight, hunt, and die. 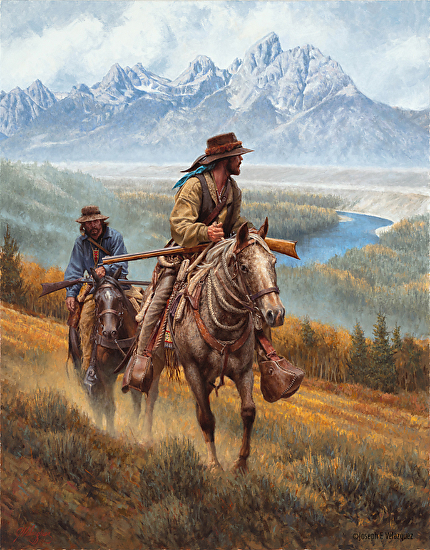 One of the things I like best about it is that Zimmer portrays the fur trade as a commercial enterprise in a way that even some of the best Mountain Man novels neglect to do. Sure, the life of the Mountain Man was full of hardship, color and derring-do in magnificent country  — that’s why their tales make our hearts sing today. But they were out there in the big country for business, and the business is fascinating in its own right. I think Zimmer gets this because he’s immersed himself in the way of life. His note on historical accuracy on his website explains:

As a writer, one of the things I’m most proud of is my research. My personal library contains over 2,000 volumes covering that area west of the Mississippi from the late 1700s to the early decades of the 20th century.

In addition to perusing firsthand accounts from the period, I’m also a firm believer in field interpretation. I’ve made it a point to master many of the skills used by our forefathers. I can start a campfire with flint and steel, gather, prepare, and survive on natural foods found in the wilderness, and I’ve built and slept in shelters as diverse as bark lodges and snow caves. I’ve owned and shot a number of Old West firearms, and have done horseback treks using strict 19th century tack, gear, and guidelines.

In other words, I’m a re-enactor. I’ve cooked food over a buffalo-chip fire — and ate it. I’ve both trekked through National Forests and ridden horseback through them, using period tack such as Santa Fe saddles and gourd canteens. I’ve wandered the mountains in all seasons wearing buckskins and wool, and I’ve slept — comfortably — in 12 degree weather using just a pair of Hudson Bay blankets and a piece of black bear hide for my mattress.

I feel that these skills enhance my understanding of the American West, and that the adventures I’ve experienced, no matter how mundane compared to the real deals, are reflected in the finished product.

I hope you agree.

Well, I DO agree. Re-enactment isn’t the only way to approach historical accuracy and verisimilitude, but it’s a damn good way. Zimmer really feels the way of life of his characters — the later ones as well as his Mountain Men — and it shows. He’s also a very strong writer. Mountain Man dialogue can easily fall into caricature; Zimmer avoids this trap while still giving the flavor of their colorful patois. He — realistically — portrays the Mountain Men as coming from a wide range of backgrounds, some privileged, some hardscrabble. He also gives full due to the Spanish/Mexican culture of the Southwest.

As you can probably tell, I like the novel. A lot. I got an urge to re-read it a few days ago, and couldn’t find my old mass-market paperback copy from back in the ’90s. It’s available for $4.99 on Kindle, but I decided to go ahead and get the nice trade paperback, cuz I want it back on my shelf. Ordered it up from Paulina Springs Books and daughter Ceili done went and picked it up for me. Waugh!

Turns out that it’s even better than I remembered it. Pards, ye should order it up and slip it into your possibles. Get out into the backcountry and find yourself a nice camp spot and crack it open. See you in 1828… 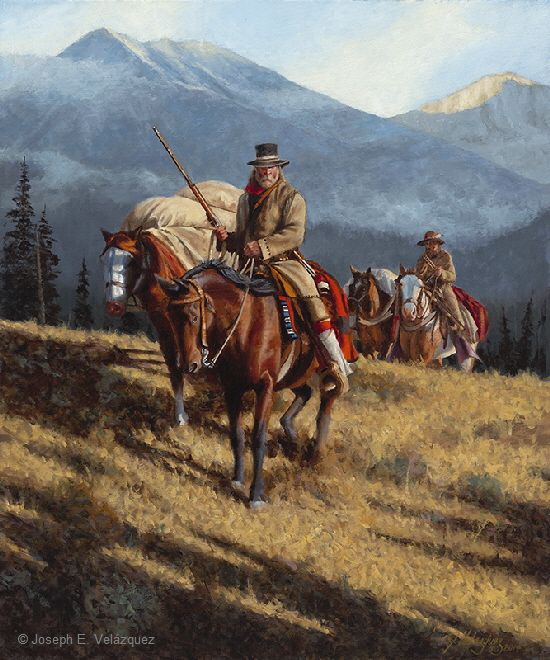