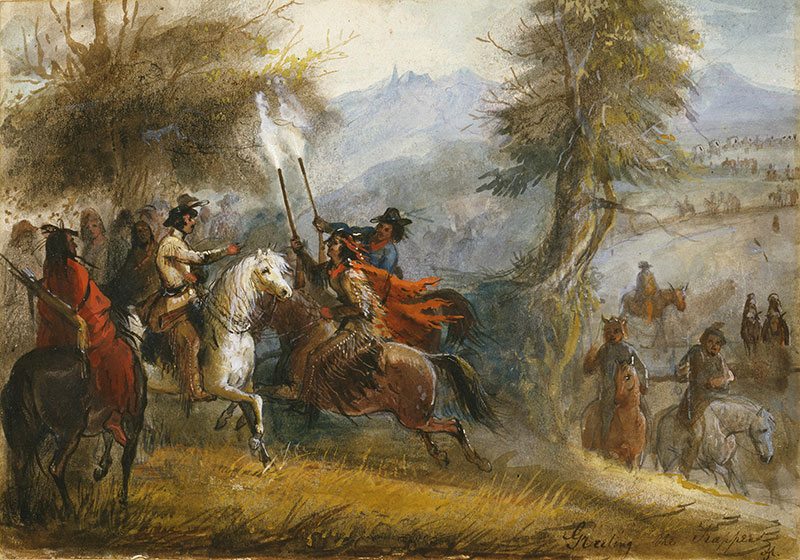 Summer plews don’t shine. This is supposed to be the season when we pull up our traps and head for Rendezvous, there to blow in a season’s labor on a couple of weeks of debauchery.

But the trapline keeps delivering prime doings. What can an old Frontier Partisan do but deliver another Working The Trapline? But, please, don’t put off your summer Rendezvous bacchanal on my account…

Gunsmith Mike Miller is building a speculative version of the rifle Daniel Boone might have first carried into Kentucky. Note the big bore. The early long rifles threw a BIG ball. All we really know about the rifle is a passing comment from Boone’s son Nathan indicating that the Kentucky Long Hunt rifle was .66 caliber.

Daniel Boone crossed the Cumberland Gap in 1769 to explore the vast wilderness of Kentucky. Over the course of his life, Boone is documented to have owned many different rifles and a long barrel fowler, but what rifle he carried on his epic journey into the Dark and Bloody Ground is pure speculation. The only reference comes from his grandson Nathan Boone who stated Daniel’s rifle he carried into Kentucky shot a one-ounce
ball. A .66 caliber!

Noted gunbuilder Mike Miller from Edmonton, Kentucky uses his vast knowledge of American firearms to recreate a likely possibility of what must be very similar to what Daniel Boone would have carried: a brass-mounted, maple-stocked, long-barreled flintlock rifle with a wooden patchbox, featuring bold architecture that was prevalent prior to the Revolutionary War. 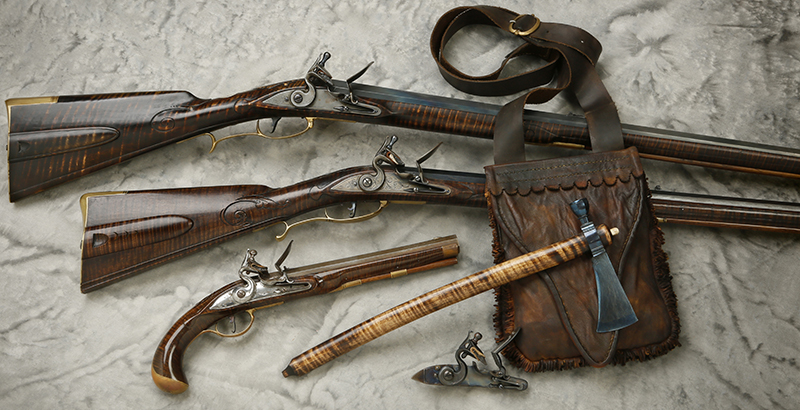 Drive time has been especially rich of late, thanks to some strong podcasts. Scouting intel on Red Cloud’s War, I came upon the Legends of the Old West Podcast by Black Barrel Media. Podcaster Chris Wimmer did a full series on the doings along the Bozeman Trail, clearly drawing heavily from the recent tome on Red Cloud, The Heart Of Everything That Is. It is worthy.

Wimmer and his wife Mandi are deeply enamored with Deadwood — the show and the place. There’s an entertaining series on that, one on the Texas Rangers, a series on Jesse James… It’s solid historical storytelling well delivered and I think you’ll like it.

Legends of the Old West features some atmospheric slide-guitar based music by a Texas musician who goes by the curious moniker of The Mighty Orq. He’s apparently a regional phenom based out of Houston. Worth checking out. Looking at you, Paul McNamee.

I have wandered astray from the Revolutionary War-era frontier on my trek down the Bozeman Trail, but I continue to be fascinated by that pivotal theater of American military, political, and cultural history. The estimable Journal of the American Revolution hosts a relatively new podcast titled Dispatches and several of them relate to Frontier Partisans history:

Cho-Chien Feng: Loyalists in New York: This week our guest is Cho-Chien Feng. While the war raged along the eastern seaboard, for the families and communities of upstate New York it devolved into a brutal civil war. Feng discusses how these political fissures first appeared and what they meant to the people involved.

Navy SEAL Andy Stumpf has produced a really delightful podcast titled Cleared Hot where he explores everything from martial arts to hunting to a deep analysis of the Charlie Sheen epic Navy SEALs. Stumpf is thoughtful, articulate and entertaining.

Besides, mentioning spycraft gives me an excuse to post a gratuitous picture of Anna Chapman. You’re welcome. 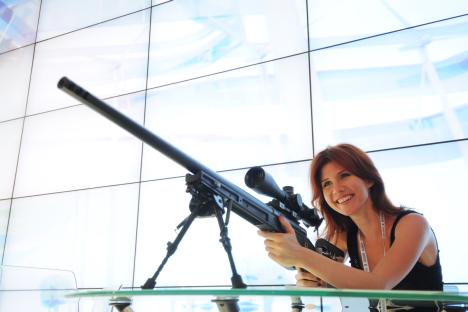 One is a 2017 interview with Sean McFate, a former paratrooper, private military contractor, and now author, novelist, and expert in foreign policy and national security strategy. There’s a lot of “The Ranging Way of War” in McFate’s understanding of the future of warfare. 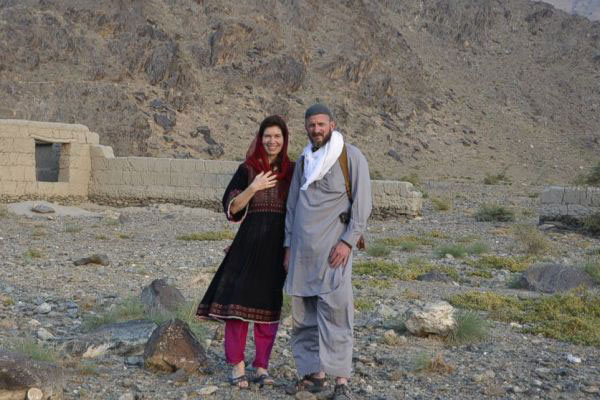 Gant is a fascinating figure —compared to T.E. Lawrence by some and to Col. Kurtz by others. I’ll put my thumb on the scale a bit here: The Lawrence comparison has merit; the Kurtz analogy doesn’t. Everything in my romantic spirit responds to Gant’s story — including his failings. He is Frontier Partisan to the core.

I am looking forward to a post on Gant from Greg Walker, but in the meantime, this Spycast interview is an hour-and-a-half well spent.

N. Scott Momaday is a giant — the only native writer to win a Pulitzer Prize for Literature for House Made Of Dawn. The Way To Rainy Mountain is also a classic, as Momaday explores his discovery of his own Kiowa identity.

A recent documentary titled Words From A Bear delves into the Kiowa writer and painter’s life and mystique.

Words from a Bear examines the enigmatic life and mind of Pulitzer Prize-winning writer Navarro Scott Momaday, one of Native America’s most celebrated authors of poetry and prose. The film visually captures the essence of Momaday’s writings, relating each written line to his unique American experience representing ancestry, place, and oral history. Cinematically this story takes audiences on a spiritual journey through the expansive landscapes of the West, when Momaday’s Kiowa ancestors roamed the Great Plains with herds of buffalo, to the sand-painted valleys of Jemez Pueblo, New Mexico, where his imagination ripened and he showed superior writing skills as a young mission student.

After getting to know the man through the course of the film, you come to understand that Momaday himself resides in the liminal space between reality and dream.

The gigging season is officially underway for The Anvil Blasters. We played our first show of the summer at a private event at Ranch in the Canyons adjacent to Smith Rock State Park. The venue did not suck. 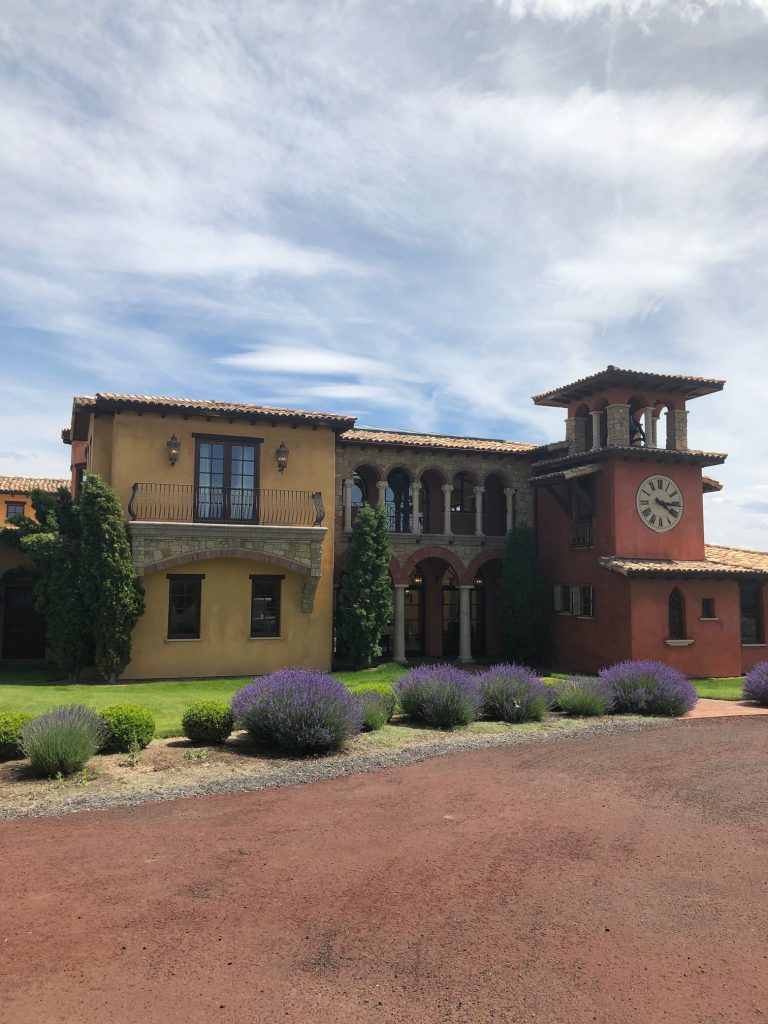 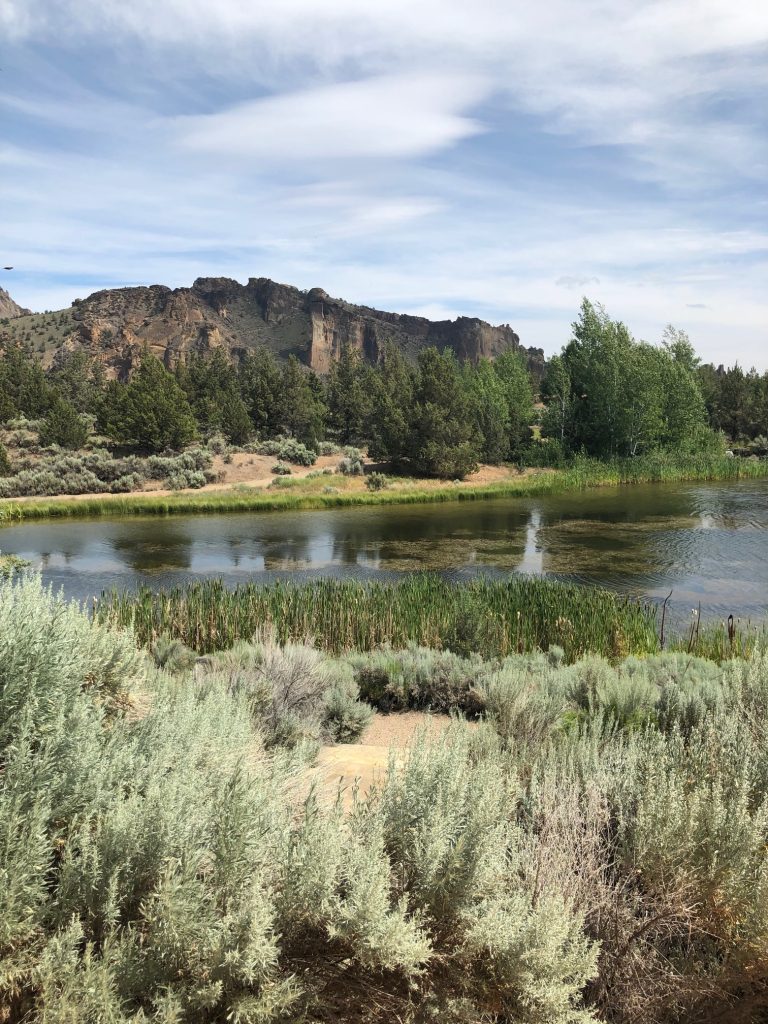 As you can see, the high-end outfit has a Tuscan architectural theme, and it’s situated on a conservation ranch which is part working ranch, part residential community and part wildlife preserve. There’s something to be said about playing music with friends while a bald eagle soars overhead and “the mountains glow like mission wine” (hat tip to Tom Russell).

It may seem strange to think about biathlon in the heart of summer, but it’s hard to ignore German Biathlete Maren Hammerschmidt when she reminds us to “do what makes you happy.” Seriously, who wants to argue with a beautiful and talented young woman who can shoot better than you can? Not me. 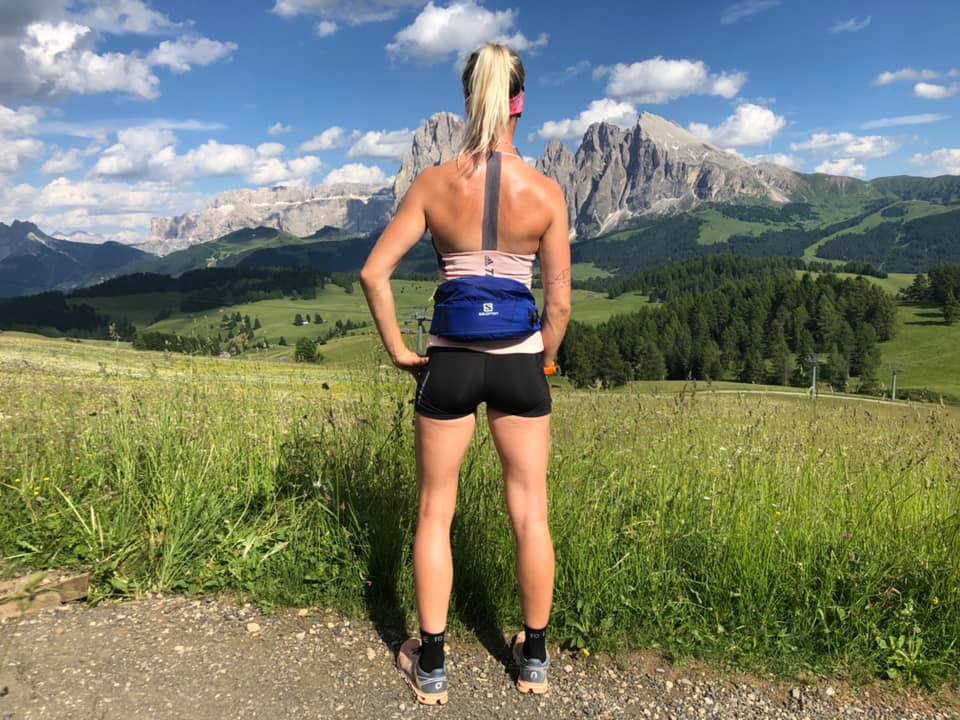 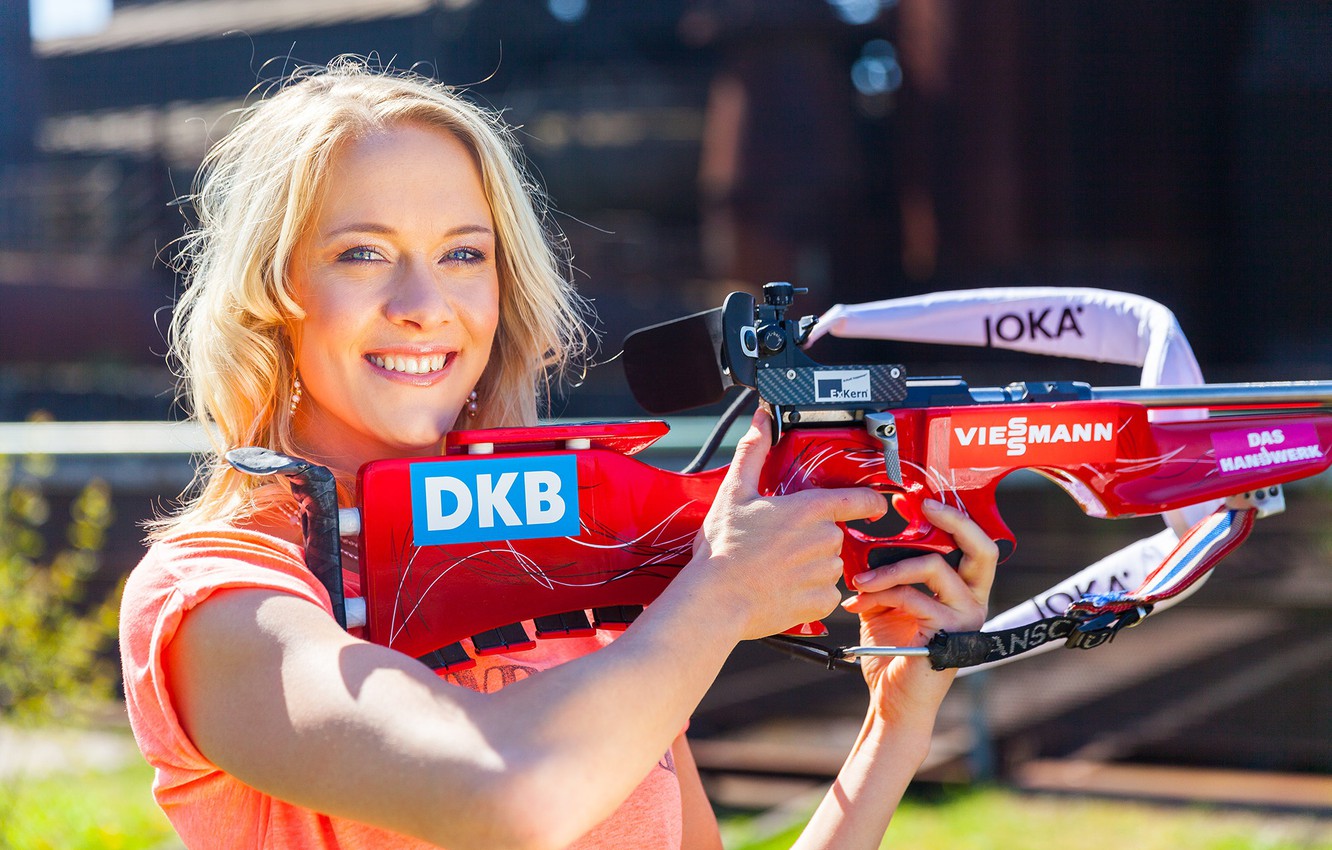 And in that spirit, we’re riding, shooting, hiking, enjoying good food and good music — and reminding ourselves that we have much for which to be grateful… 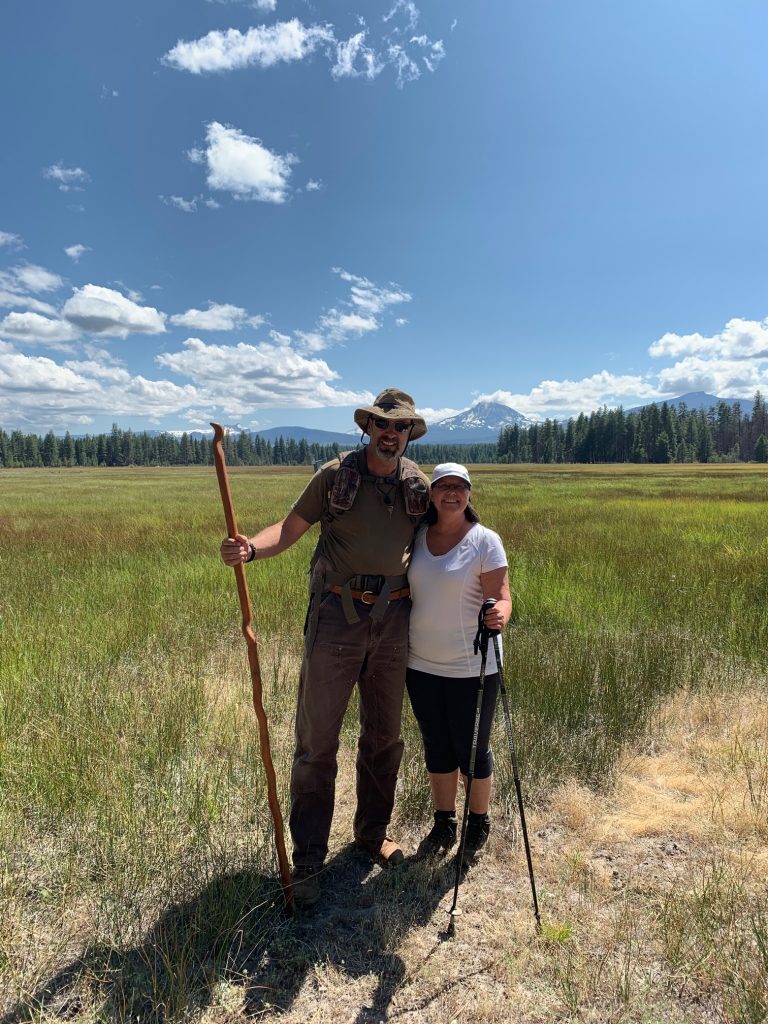 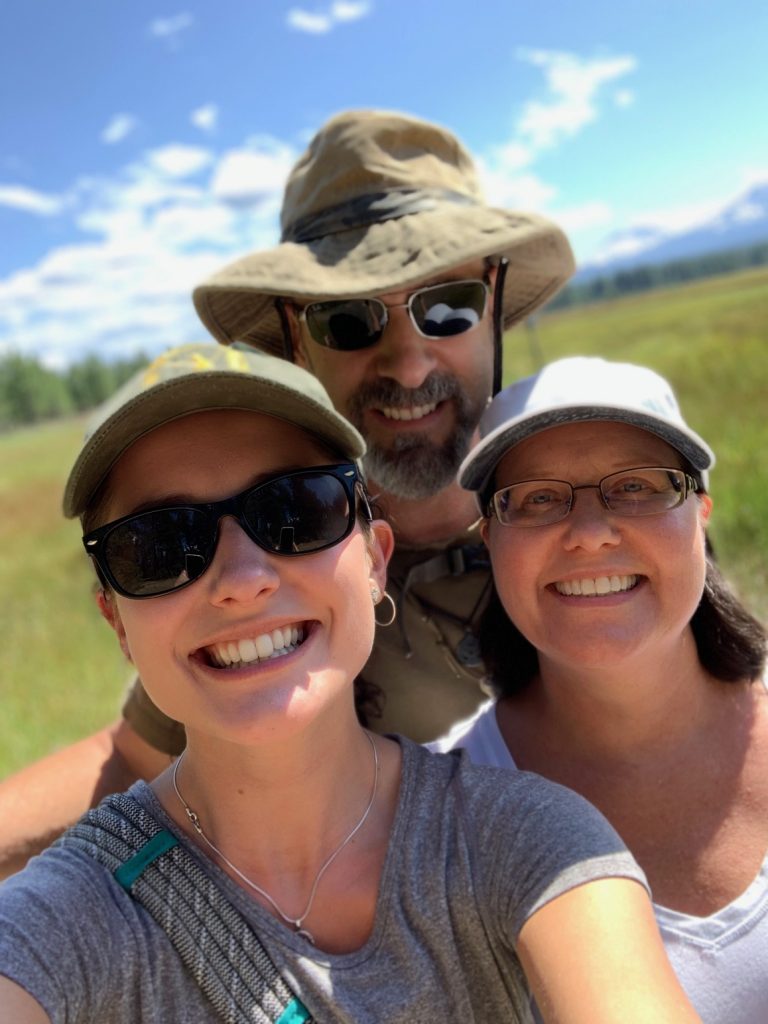