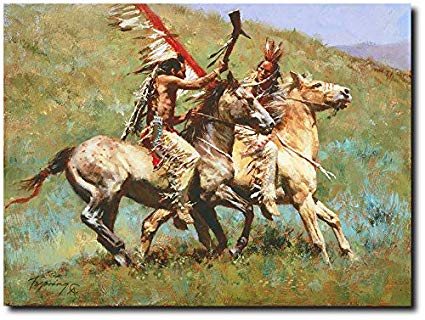 “When I was young among our nation, I was poor. From the wars with one nation or another, I raised myself to be a chief.’

The first thing that must be understood is that Red Cloud was an epic Frontier Partisan badass. Like the great Shawnee Tecumseh, he was named after a meteorite or comet. And like Tecumseh, he would become an exceptional war leader of the native resistance to American expansion.

The young Oglala Sioux craved status as only the poor, fatherless son of a dead alcoholic can crave it. And in Lakota society in its mid-19th Century heyday, the only path to status was the path of war. The Lakota did not need a reason for war; war was the reason. War created wealth in the form of captured horses; war gave men their identity and their spiritual purpose; success in war gave men political power.

“To the Sioux, war was the reason for living, and though their raids and ambushes were of course made to establish territory and gain booty, more important was the chance for an individual warrior to give vent, in public, to an aggressiveness prized by the tribe’s ethos.

“A Sioux brave would wager his last breath against the most courageous adversaries, and no matter the outcome, he won. A good death did honor to an entire life…”*

No Lakota — not even Crazy Horse — exceeded Red Cloud in war honors. The Pawnee, the Ute, the Crow, the Blackfeet all learned to fear his name. 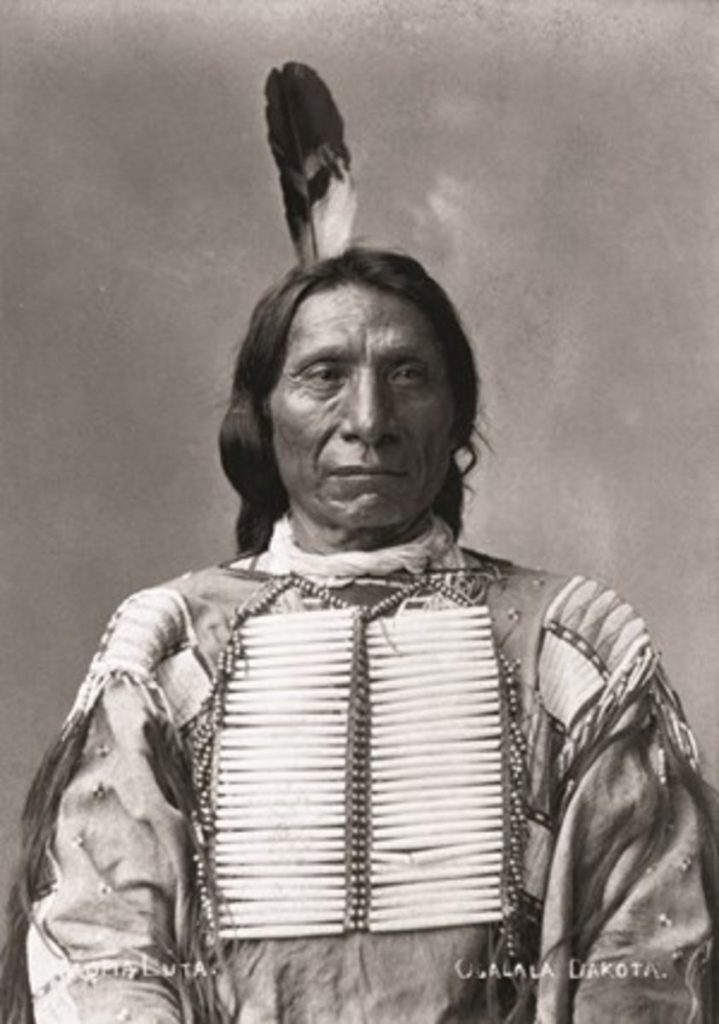 The photographs of Red Cloud show a man from late middle age to a man in sunset, a man who has cultivated the reserve and gravitas appropriate to a head man of his people, a man who has travelled to Washington, DC, and met a president, who seen the overwhelming scope of American civilization. A man who knows that the days of his people’s freedom are over.

We must strip away the age, dignity and defeat from that image, and picture Red Cloud as a young man, a killer from the age of 16, a tall, lithe, pantherish athlete, a rage-volcano who quenched his lust for blood in countless raids against tribal enemies and found joyous release in the thrill of the great buffalo hunts that punctuated the cycle of seasons, spring and fall.

Red Cloud stacked up an astonishing record of coups — touching an enemy and refraining from killing him. The practice of counting coup has often been misunderstood and/or misapplied by those who seek to posit a kind of moral superiority of the Indian over the white man, leading them to treat indigenous warfare as a kind of benign game that only turned deadly when the white man entered the equation. That’s nonsense. 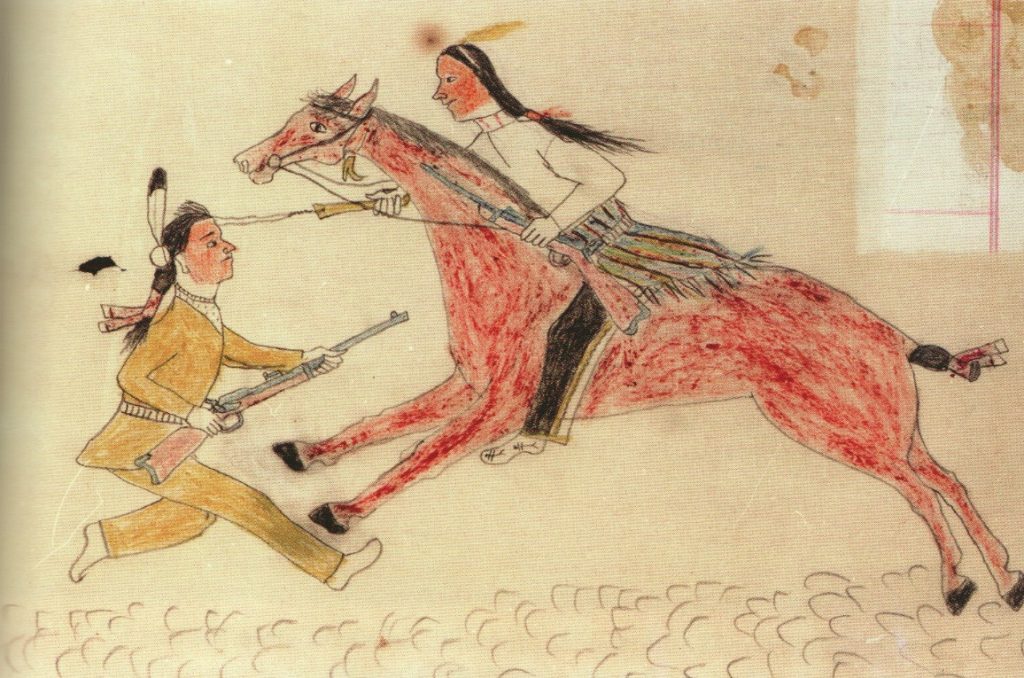 Counting coup by striking a living enemy was a display of balls-out courage, because the enemy remained a threat throughout the encounter. Counting coup did not obviate the brutality of Lakota warfare in the slightest — and Red Cloud himself stands as Exhibit A. He counted coup some 80 times. He also killed scores of enemy. He once held a warrior of the Blackfeet while a comrade scalped him alive, sending the mutilated warrior back to his people to spread the terrifying name of Red Cloud. On another occasion, he pulled a drowning Ute warrior out of a river — so that he could knife him and claim his scalp. He shot a Lakota political rival through the head with a rifle (Lakota politics made for a supremely dangerous game of thrones).**

Red Cloud would qualify for the FP Natural Born Killers series, except that his blood lust was not an aberration in his culture — it was exemplary.

His extraordinary martial prowess, political ambition and savvy, and an unusual degree of self-control and ability to persuade others to his point of view or course of action made Red Cloud a formidable leader. He was among the most prominent men of his imperial nation when they pushed into the Powder River Country in what is now north-central Wyoming during the 1850s, pushing out the Crow whose land it had been by custom and by the 1851 Treaty of Fort Laramie. By the time the Bozeman Trail was punched through from Laramie skirting the east slope of the Bighorn Mountains on to the Montana goldfields, Red Cloud was positioned to lead the militants among his people in a highly-organized, coordinated and sustained campaign that would ultimately force the U.S. Government to the negotiating table on his terms.

*Bob Drury/Tom Clavin, The Heart Of Everything That Is: The Untold Story Of Red Cloud, an American Legend (2013)

** Drury and Clavin have Red Cloud armed with a Hawken Rifle in the 1840s, a notion I quite fancy. It’s entirely plausible that such a warrior would obtain such a high-status weapon — one prized by white frontiersmen, mixed-blood frontiersmen and Indian warriors alike. Have to say, though, that the authors seem to have been swayed to the Cult of the Hawken, assigning almost mystical potency to the weapon. They describe it as lighter than the old Kentucky Rifle, which isn’t the case. It was generally shorter and handier for horseback carry, but just as heavy and sometimes heavier. They also say that it was accurate out to 400 yards, three times the range of Ol’ Kaintuck — which is ludicrous. And they don’t seem to understand the difference between the percussion ignition system and the flintlock. Ah, well…

Don’t get me wrong — theirs is a fine book. But they clearly have no hands-on experience with frontier-era muzzleloading firearms.