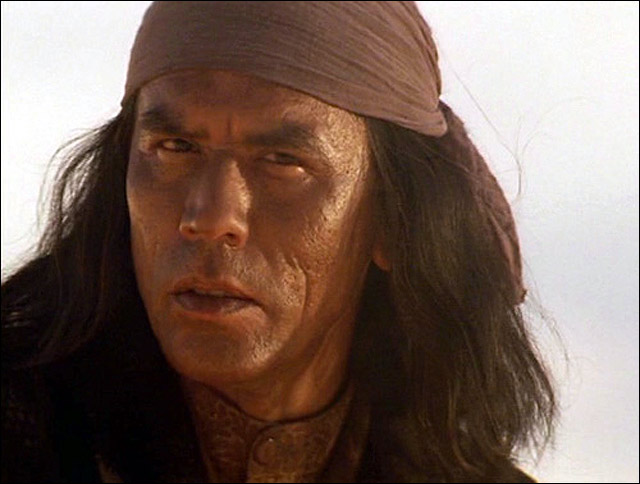 Studi, who is of Cherokee descent, will become the first Native American actor to receive an Oscar. The golden statuette will be awarded October 27 at the 11th annual Governors Awards… Studi is the first Native American to receive the honorary award. Buffy Sainte-Marie, the indigenous Canadian singer-songwriter, shared a best original song Oscar for “Up Where We Belong” from “An Officer and a Gentleman” (1982).

Studi starred in the 1990 film “Dances With Wolves” and went on to appear in more than 40 films, including “The Last of the Mohicans,” “Geronimo: An American Legend,” and more recently “Hostiles” and “A Dog’s Way Home.

In a statement, the Academy of Motion Picture Arts and Sciences announced that Studi was chosen for “portraying strong Native American characters with poignancy and authenticity.”

Bout damn time, sez I. I thought from 1992 that he deserved Best Supporting Actor honors for his portrayal of Magua in The Last of the Mohicans. The venomous Huron antagonist of Hawkeye and the Mohicans could have been a scenery-chewing caricature or a cardboard cutout. Studi breathed life into the character, making him a man with his reasons for being what he was. And he was just damn terrifying. An outstanding performance. 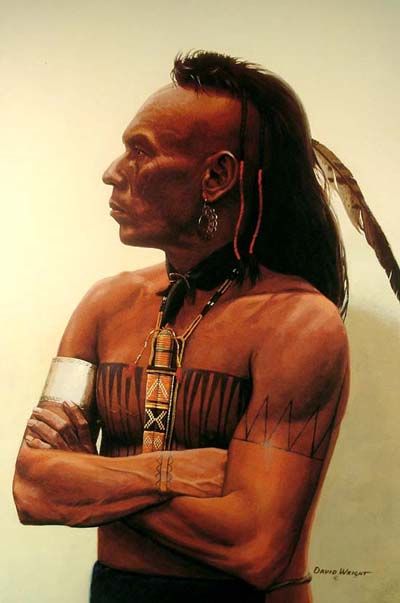 The Huron by David Wright.

I loved him in Geronimo: An American Legend. Hell, I’ve loved his work in everything he’s done. Studi fought in Vietnam and participated in the Wounded Knee Occupation in 1973, where he was arrested.

A profile in Cowboys & Indians Magazine notes that:

Over the course of his multifacted life, Studi has helped start a bilingual Cherokee newspaper. He’s taught his first language, Cherokee, in the Cherokee community. He’s written two children’s books for the Cherokee Bilingual/Cross Cultural Education Center. He’s released a CD with his band, Firecat of Discord. And he’s become a darn good stonecarver. Linguist, activist, artist, musician, horse trainer — call him a polymath or a Renaissance man. Wes Studi’s got all kinds of game — onscreen and off.

Like my music hero Waylon Jennings, I don’t give much credence to awards. Nevertheless, I am glad to see Wes Studi get his due. There walks a MAN.