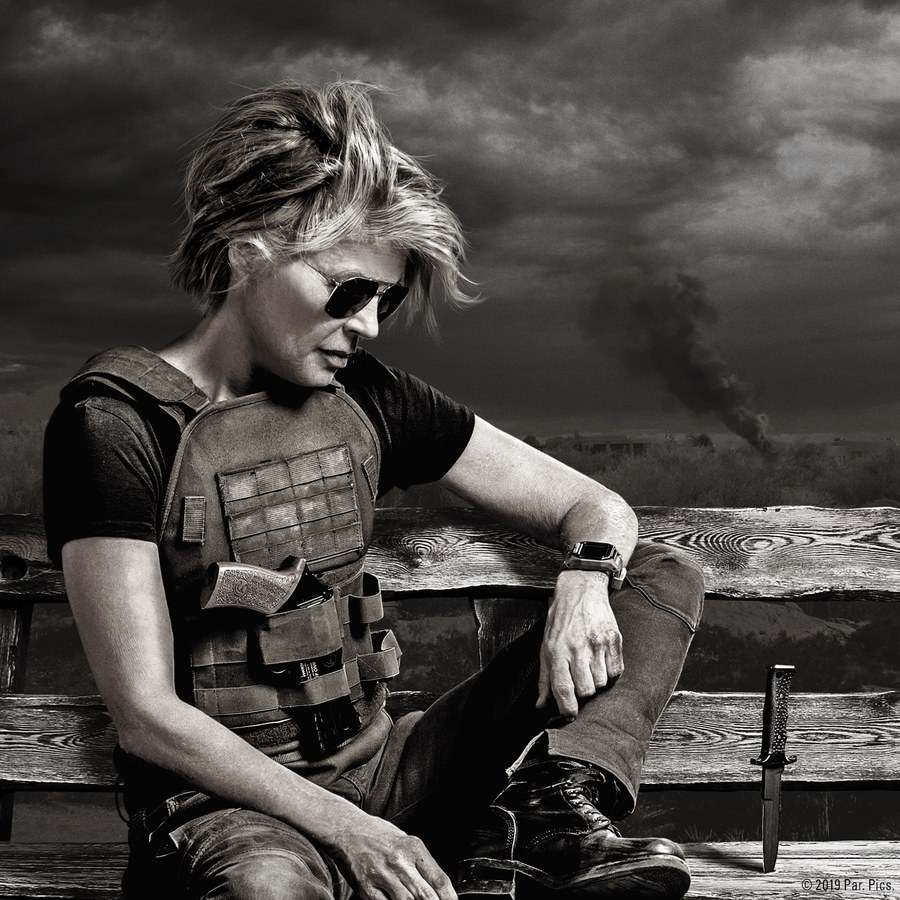 Linda Hamilton slipped on something sexy for her reprise of her role as Sarah Connor.

Ever since 1984, I’ve been telling folks that The Terminator is not science fiction — it’s historical fiction from the future. The rise of AI is, of course, proving me right. Shoulda listened to Sarah Connor. Looks like we’ll get another chance. Linda Hamilton is reprising her iconic role in the new Terminator: Dark Fate.

I’ve got a buddy whose engine revs at the merest glimpse of Linda Hamilton circa Terminator 2: Judgement Day. That woman could grind out some pull-ups. We’ve all aged a bit since 1991, but ain’t it grand that Sarah’s still out there kicking ass? She’s wearing something exotic and sexy in that publicity still above: That’s a Chiappa Rhino revolver in her chest rig. Now, I’m mostly a traditionalist when it comes to firearms, but that doesn’t preclude appreciation for  a bit of SF revolver action. Check it out:

Unconventional in appearance and superior by performance, the Rhino fires from the bottom of the cylinder rather than the top. This dramatically reduces muzzle rise and recoil felt by lowering the axis of the bore almost to the palm of the shooter’s hand. An aluminum alloy frame and barrel shroud make the Rhino lightweight and easy to carry. Accessory rails on the bottom of the barrel shroud on the 4″, 5″ and 6″ barrel models easily allow mounting lights or lasers. The 6″ barrel models come with both rails on top and bottom to easily mount optics as well as lights or lasers. The snag resistant “hammer” is actually a cocking device because of the Rhino’s innovative completely enclosed firing mechanism which can be fired either single or double action. A cocked indicator is clearly visible to indicate the internal hammer status. Another innovation is the hexagonal cylinder which keeps the revolver’s width to a minimum. Available in 2″, 3″, 4″, 5″ and 6″ barrel models in black or stainless finishes, all Rhino revolvers feature an easy to see fiber optic front sight.

Bet that could take care of one o’ them Alexa contraptions pretty nicely. Which is a good start…