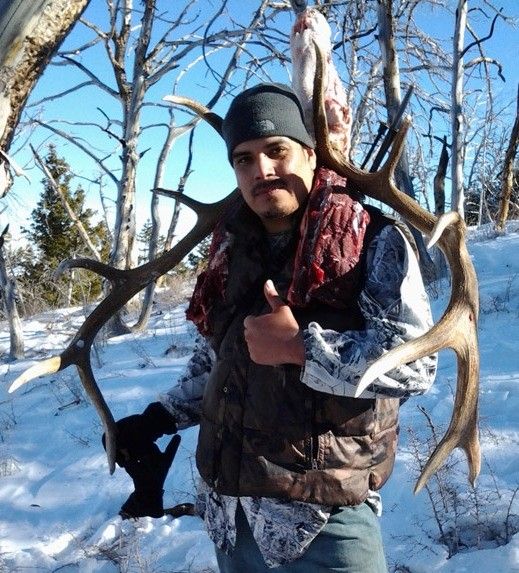 A Crow hunter whose poaching case went to the U.S. Supreme Court was vindicated in a decision on Monday, May 20, that upholds his people’s right to hunt off-reservation and off-season based on 1868 treaty rights.

Neil Gorsuch has proven to be a staunch supporter of native treaty rights, having previously affirmed rights under the 1855 treaty with the Yakama Nation pre-empting Washington state’s fuel tax.

In January 2014, Clayvin Herrera, a member of the Crow Tribe and a resident of the Crow Reservation in Montana, shot a bull elk in Wyoming’s Bighorn National Forest. He trudged through three feet of snow and across a state boundary to do so, and it took him eight hours to pack out the meat, which his family ate all winter. Later that year, Wyoming charged him for killing the elk out of season and without a license.

Herrera hunted the elk off-reservation, but he was acting under the protection of the 1868 Treaty Between the United States of America and the Crow Tribe of Indians. According to that treaty, when the Crow ceded 30 million acres of territory to present-day Montana and Wyoming, the tribe retained the “right to hunt on the unoccupied lands of the United States so long as game may be found on” and “peace subsists … on the borders of the hunting districts.”

But Wyoming refused to consider the 1868 Treaty in Herrera’s case. The lower court argued that when Wyoming became a state, the 1868 Treaty expired. The court also didn’t regard the national forest where the elk was killed “unoccupied.” Herrera appealed, but the state appellate court upheld the decision, and Wyoming’s Supreme Court denied review. In other words, Wyoming argued that its own existence trumped the treaty’s legality.

“We disagree,” Justice Sonia Sotomayor wrote in the 5-4 majority opinion, joined by Justices Elena Kagan, Ruth Bader Ginsburg, Stephen Breyer and Neil Gorsuch, a recent Trump pick. “The Crow Tribe’s hunting right survived Wyoming’s statehood, and the lands within Bighorn National Forest did not become categorically ‘occupied’ when set aside as a national reserve.” According to the nation’s highest court, the treaty trumped statehood.

“This day marks a victory for the Apsáalooke and all treaty tribes as our off-reservation hunting rights have been upheld by the Supreme Court of the United States,” Crow Tribal Chairman Alvin Not Afraid Jr. said in a statement. “Our right to hunt in the Bighorn Mountains on the reservation or beyond was important to our ancestors, is important to us today, and will be important to our children and their children. We look forward to seeing the state of Wyoming finally respect our 1868 Treaty rights.”