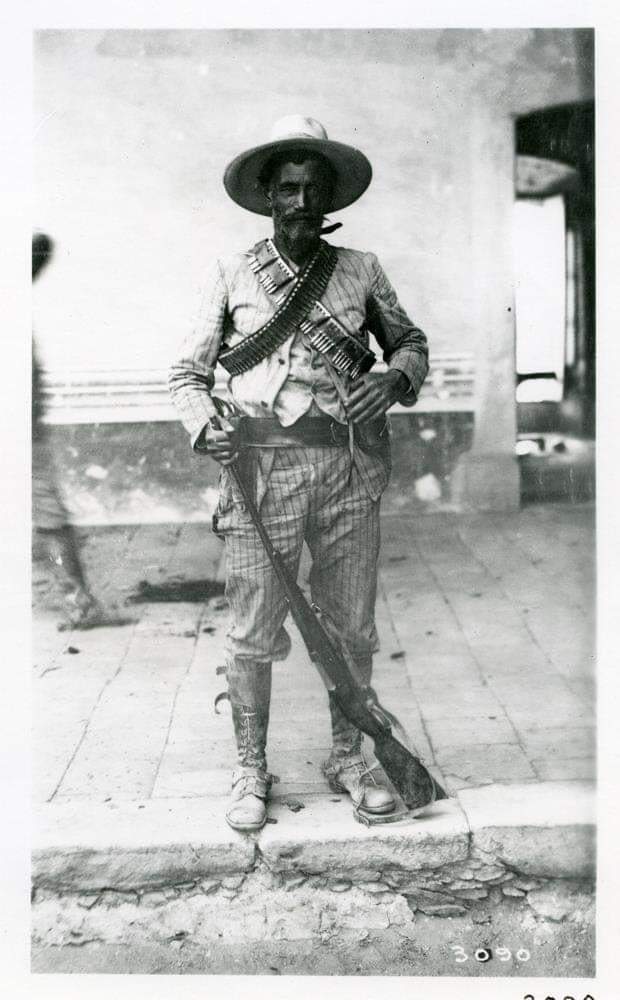 The Mexican Revolution featured as vivid a cast of characters as could be found in any drama — the mercurial Centaur of the North, Pancho Villa; the devoted and deadly peasant caballero Emiliano Zapata; the brilliant military technician Alvaro Obregon; the bizarre narcissist Venustiano Carranza; the homicidal Rodolfo Fierro…

Maximo Castillo is a figure I’ve seen often — he was as photogenic as a revolutionary could be — but I knew very little about him. That’s fixing to change. I just discovered that the revolutionary general’s memoir was recently translated into English for the first time, and people whom I respect say it’s a rich glimpse into revolutionary Mexico from 1910 through 1914.

Máximo Castillo and the Mexican Revolution is the first English-language translation of the memoirs of General Máximo Castillo of Chihuahua, a pivotal figure in the civil war that consumed Mexico between 1910 and 1920. Born into rural poverty, Castillo experienced first-hand the repression of Porfirio Díaz’s autocratic regime. When the wealthy statesman and author Francisco I. Madero challenged Díaz for the Mexican presidency, campaigning on an idealistic platform of democratic reforms, Castillo joined the many Mexicans who supported Madero’s candidacy. As the campaign progressed and political tensions escalated, liberal democrats, including Castillo, organized a widespread popular revolt against Díaz and his followers. Thereafter, Castillo quickly rose in the ranks, becoming the leader of a revolutionary faction in Chihuahua similar to the one headed by General Emiliano Zapata in the state of Morelos.

Castillo’s role in the Mexican Revolution, in which he emerged as an influential leader who fought for land reform before being imprisoned and exiled, was largely forgotten by history until the discovery of his memoirs. A Spanish-language edition of Castillo’s writings, edited by Jesús Vargas Valdés and published in 2009, conveys the movement’s tenets, triumphs, and setbacks in the words of one of its most passionate leaders. Ana-Isabel Aliaga-Buchenau’s translation of this critical work into English expands the reach of Castillo’s valuable, but often overlooked, perspective on the events of the Revolution.

I promptly got on the horn to Paulina Springs Books to place my order.

Castillo hailed from the northern state of Chihuahua and was one of the multitude of lower middle class farmers tradesmen drawn to the banner of Francisco Madero when he challenged El Presidente Porfiro Diaz, the long-time de facto dictator of Mexico. Castillo was ardent in his political beliefs, especially his commitment to land reform, and a tough hombre. He led a detail providing personal security for Madero. But, like Zapata in the south, he became disillusioned with the agonizingly slow pace of reform after Madero succeeded in taking the presidency in 1911, and he fell out with his jefe and joined an armed insurgency against him.

“I waited two months, three months, six months. I saw the peonage binding the chains deeper and deeper upon my people. Sick at heart, I gathered my old band together and on the 2nd of February, 1912, I was again in the field.” 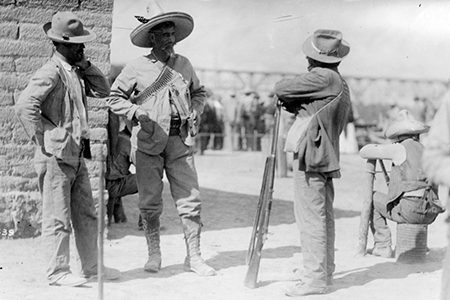 Like many of his peers, the line between revolutionary and bandit was thin for Castillo. He attacked American interests to support his armed faction. In fact, he robbed Mitt Romney’s grandpa. This sort of thing pissed off General Villa, who was — at this stage in the revolution — determined to conciliate the Americans for the very good reason that he got almost all of his arms from them. Villa pursued Castillo relentlessly, slaughtering most of his band and forcing Castillo to seek refuge in the U.S.

Castillo entered the United States in 1914 and was promptly interred, eventually to go into exile to Cuba, where he died.

I’m eager to learn more about this nearly forgotten man, a bold and committed fighter caught up in a storm of revolution and civil war. 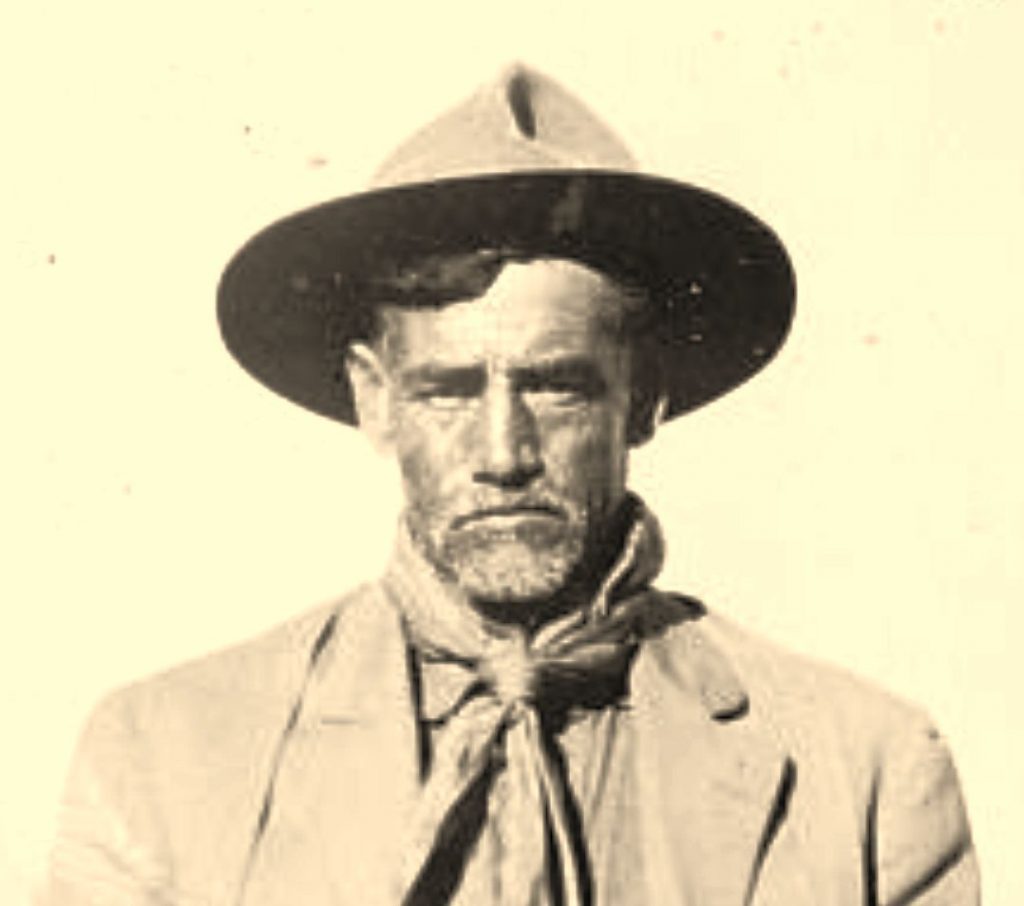 The grim face of a defeated revolutionary.

* I’m almost certain that the rifle Castillo holds in the picture at the top is a Savage 99 lever action.

The general was picturesque. 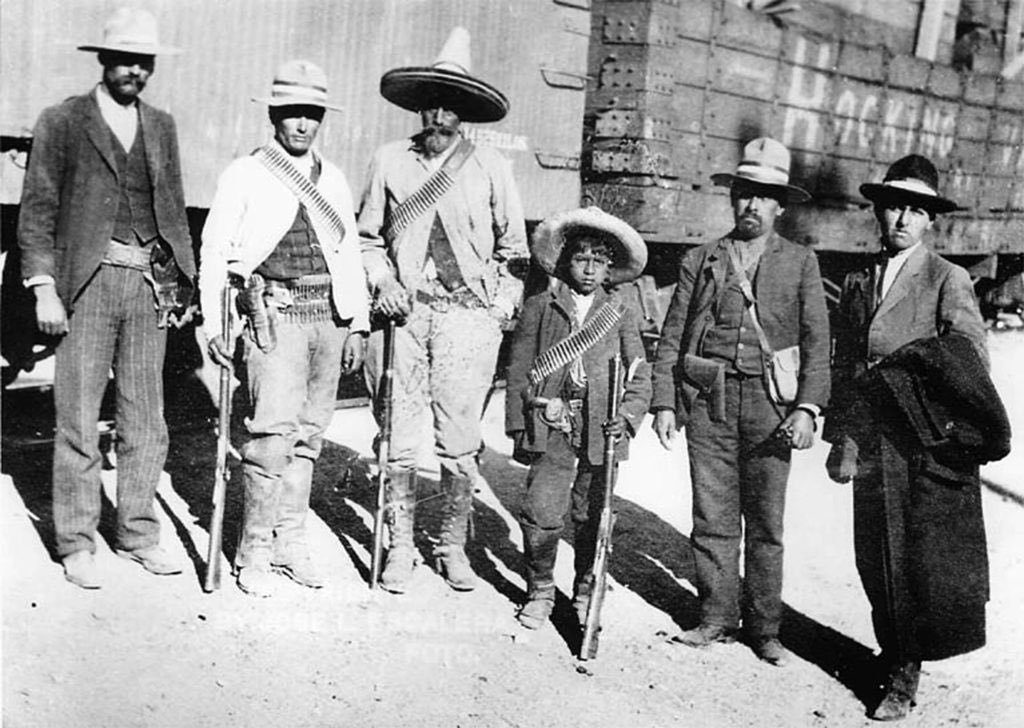 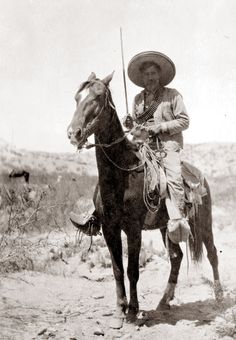