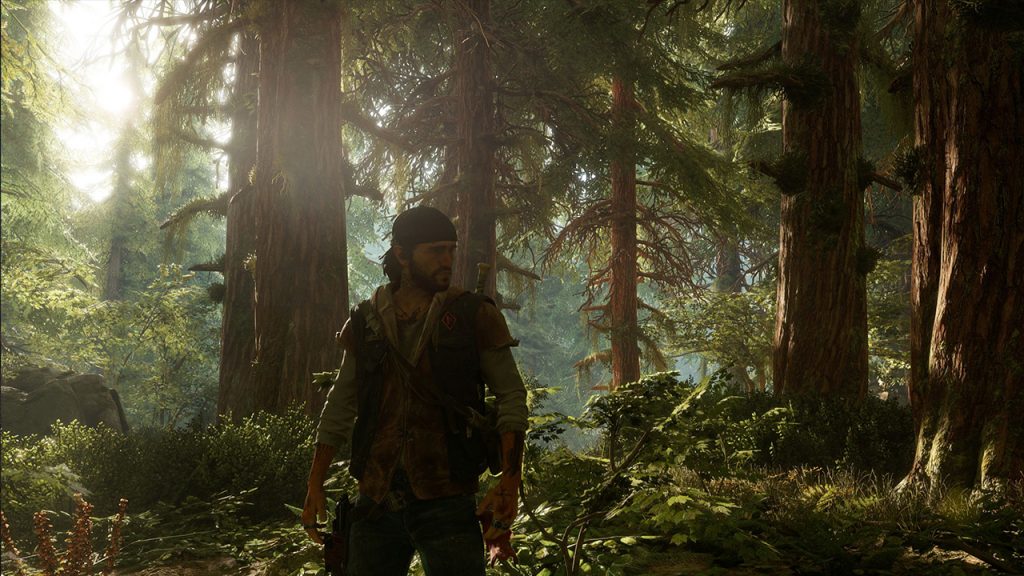 The mysterious magical algorithm kicked up another video game soundtrack that I really like — moody, atmospheric; good writing background. It comes from a new game called Days Gone. As you know, I don’t play (no, not even Red Dead Redemption). Nevertheless, I find it fascinating how the gaming world recasts frontier stories into settings that apparently work for a young audience of virtual adventurers.

Here’s the caper as described on Wikipedia:

Days Gone is an action-adventure-survival-horror game set in a post-apocalyptic open world, played from a third-person perspective. The player controls Deacon St. John (Sam Witwer), a former outlaw-turned-drifter and bounty hunter who prefers life on the road to wilderness encampments. 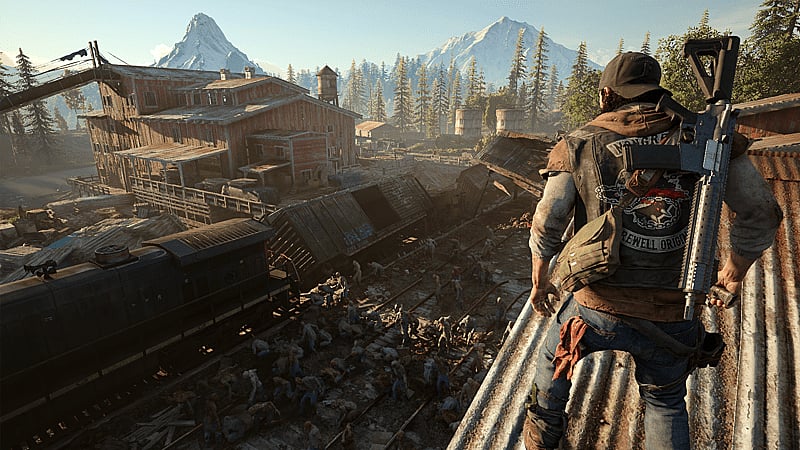 When a virus causes a large portion of humanity to become uncontrollably violent, Deacon, his wife Sarah, and his friend Boozer attempt to flee for safety. However, Sarah is stabbed and critically wounded, forcing Deacon to evacuate her on a National Emergency Restoration Organization (NERO) helicopter. However, since the helicopter does not have enough room carry all three of them, Deacon decides to stay behind with Boozer while promising Sarah he will reunite with her later. 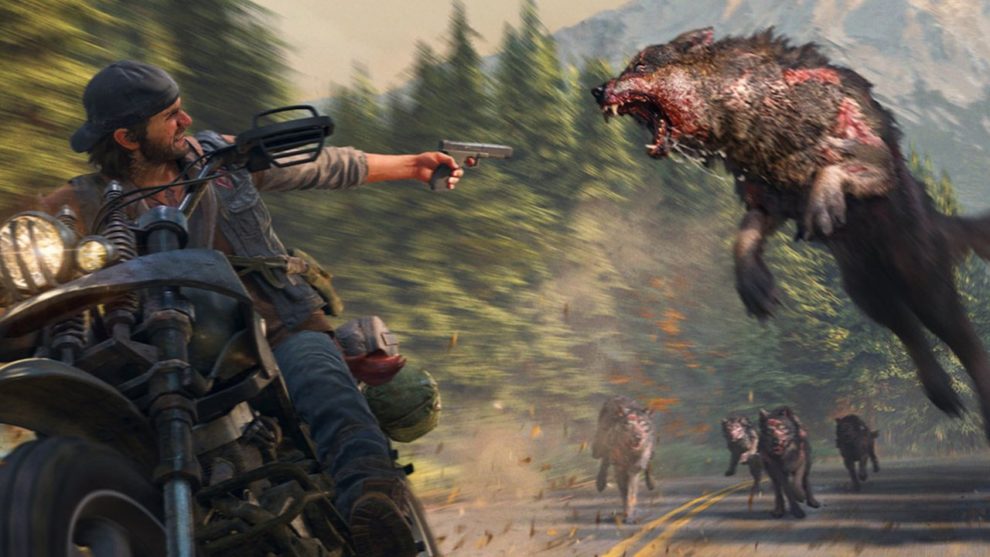 Two years later, civilization has collapsed and large hordes of the infected, now called “freakers,” roam the landscape and are a persistent threat to surviving humans. Deacon and Boozer now work as freelance bounty hunters in what’s left of Oregon, with Deacon believing Sarah is dead after finding out the NERO refugee camp she was evacuated to was overrun by freakers…. 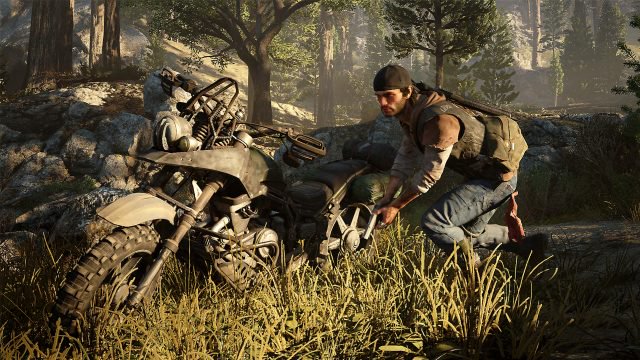 This is home country stuff. There’s a Lost Lake encampment. Wonder if that’s the real Lost Lake just over the Santiam Pass…

There are apparently a bunch of Bend-area Easter eggs in the game. This here is The Old Mill District. Heh! 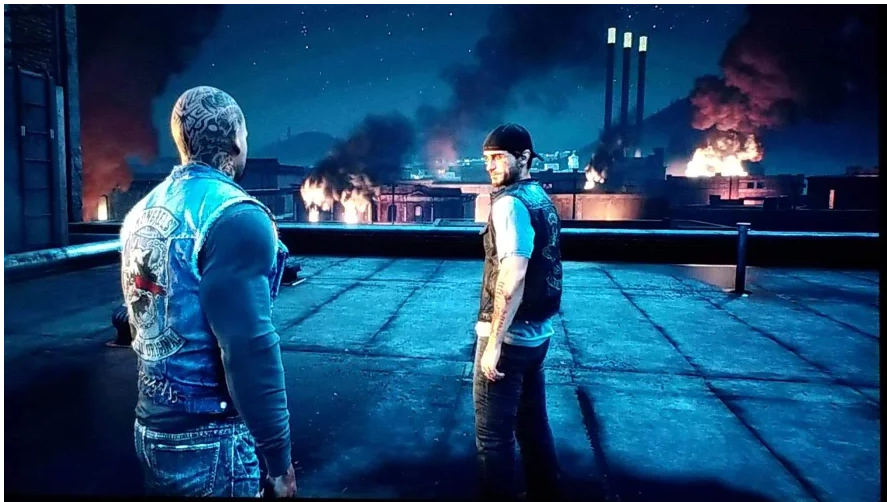 I have a theory — probably not very original — that zombies have replaced “the Injuns” in such tales. We no longer see the native peoples simply as an elusive, savage threat, undifferentiated and permanently alien and other. Yet mythic frontier storytelling desires an unambiguous Enemy — to paraphrase Strider in The Lord of the Rings: Foes that would freeze the heart or lay a town in ruin if it were not guarded ceaselessly. The settlers of the American frontier and those who told their story up through the early years of the 20th Century denied the humanity of indigenous peoples who, in the starkly triumphalist myth, posed an otherworldly and even demonic threat. We can (and should) no longer see them this way — and thus to fill the mythic craving have created substitutes, be they orcs or zombies or… Oregon Freakers.

Now THAT is an academic paper waiting to be written.