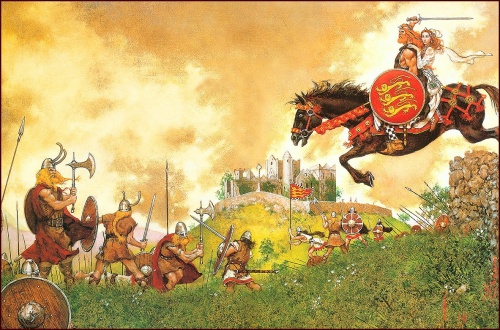 (The following is a guest post from  Captain of the Great Plains  Deuce Richardson):

What drew me four thousand miles to stand upon a shingled beach fronting Dublin Bay? Robert E. Howard. I had read REH’s thunderous “The Grey God Passes,” which is centered upon the Battle of Clontarf, at the impressionable age of twelve. It definitely made a huge impression on me. While I could claim Irish blood of every kind on both sides of my family — Gaelic Irish, Norman-Irish, Scots-Irish — I was not raised in a particulalry Hibernophilic atmosphere. Robert E. Howard, a Hibernophile of the first order, redirected my interests.

Howard was obsessed with Clontarf. He wrote at least four tales — five, depending on how you count such things — which strongly reference Clontarf and Brian Boru: Spears of Clontarf/The Grey God Passes, The Cairn on the Headland, The Dark Man and The Spirit of Brian Boru. He also wrote this powerful poem:

Lean on your sword, red-bearded lord, and watch your victims crawl,

Under your feet they weakly beat the dust with their dying hands,

But there are fires in the heather and a whetting of hungry brands.

The beaked prows loom like clouds of doom along each broken port,

The monks lie still on the heathered hill among the fallen stones,

Over the land like a god you stand, our maidens howl for your sport —

But kites await in the heather to tear the flesh from your bones.

Clouds and smoke for a broken folk, a lash for a bended back —

Thus you roared when your crimson sword blotted the moon on high,

But the sea breaks and the world shakes to the battle’s flying wrack,

And death booms out of the heather to nail you to the sky. 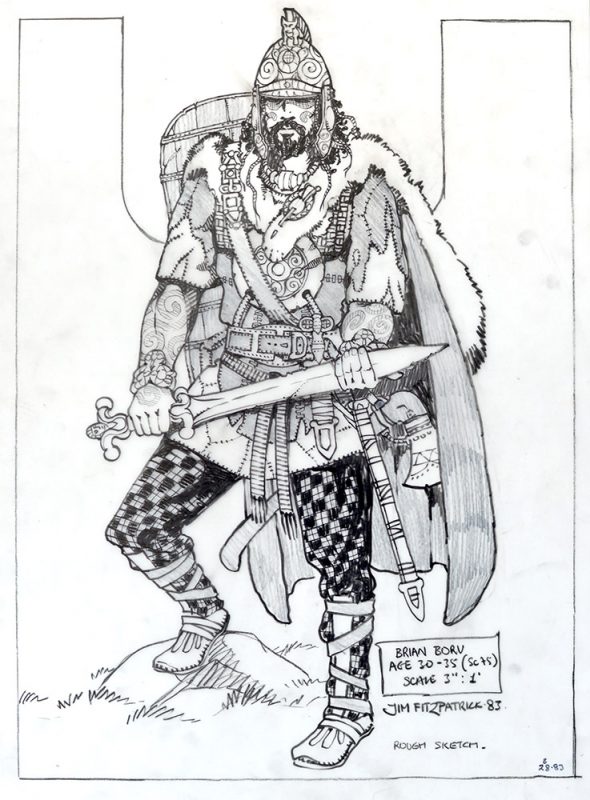 So, what of this “Brian Boru” guy? What’s the big deal? Why does he deserve to be ranked as one of the Great Captains of Frontier Partisanry?

Brian Bóruma mac Cennétig was born circa 941 A.D. in Killaloe, which is situated in the Thomond region of southwest Ireland. He was the fifth son of Cennetig mac Lorcain, chieftain of the Dal Cais sept. Cennetig had wrested dominance of Thomond from the Clann Oengussa, who had ruled the region for centuries.

However, Cennetig’s grip on power was shaky. Not far from Killaloe lay the powerful Viking kingdom of Limerick. Norse raids on Thomond–which was bisected by the River Shannon–were constant. The ancient Eoghanacht dynasty, centered in Cashel, did not like the looks of the upstart, Cennetig, and worked against him, often forming alliances with the Vikings to do so. Cennetig, a canny ruler from all indications, seems to have made discrete alliances with the powerful Uí Neill dynasty of Ulster to counteract the machinations of Cashel.

Brian lost two brothers to the Norsemen. It is possible that Brian’s parents were killed by Vikings as well, though the evidence is less clear. After the death of Cennetig, Brian’s older brother, Mathgamain, became king of the Dal Cais. The Vikings went on the offensive in Thomond.

Brian, only seventeen and newly returned from a monastic education at Innisfallen, fought by his brother’s side. The Dal Cais held their ground and eventually repulsed the invaders, but were left in a state of exhaustion. Mathgamain made a truce with the Limerick Vikings which was thought to be fairly advantageous at the time, all things considered. Brian would have none of it, taking to the hills, like Geronimo, and waging relentless guerilla warfare against the slayers of his kin. His relentlessness would be a hallmark of Brian’s approach to warfare for the rest of his life.

Attrition and desertion eventually wore down the number of Brian’s war-band to less than twenty. However, he refused to lay down the sword. Eventually, word reached him that his brother, Mathgamain, had decided to fight the Norsemen. The two brothers joined together and plotted revenge on the Vikings of Limerick. 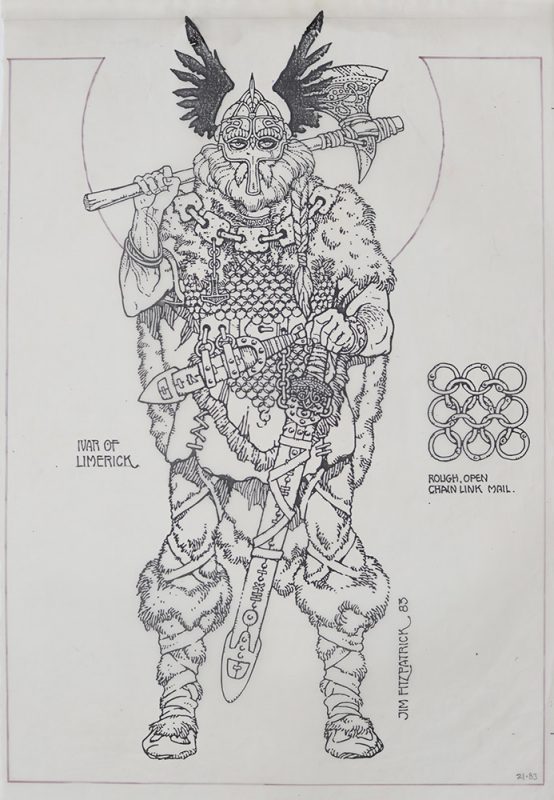 Ivar of Limerick by Jim Fitzpatrick.

Brian burned every building in Limerick to the ground, enslaving the survivors. While he would be magnanimous to various opponents in the future, he showed no mercy this time. Blood called for blood.

Mathgamain became king of all Munster in 970 and ruled from Cashel, the ancient seat of the Eoghanacht kings. The grandson of a minor Thomond chieftain had displaced a dynasty which had reigned since before the days of Saint Patrick. The Eoghanachts did not forget their ancient glory nor forgive the usurpation, however.

Six years later, Mathgamain was waylaid by an Eoghanacht princeling and executed on the ancient boundary between Thomond and Desmond.

That put Brian on the throne. Once again, blood would pay for blood.

I will look at Brian’s career as king in Part Two.