“It was made by a country blacksmith, and is one of the homeliest things I ever saw; but it has outlived in my affections the score of other knives that I have used in competition with it, and has done more work than all of them put together.”

This was bound to happen.

Marilyn and Ceili and I went to a huge tattoo expo at the Lane County Fairgrounds in Eugene last month. Marilyn was shopping for a tattoo artist — and she found one. We’ll be road tripping to Reno for a butterfly… but that’s another tale for another day.

An advertisement caught my eye: Something about the biggest knife expo on the West Coast on April 13-14. Another trek across the Cascades for a visit with Ceili was instantly on the calendar. I figured I’d admire the wares and pick up some micarta handle scales for my Becker BK9.

Turned out that my gig with Mike Biggers at Chops Bistro was exceptionally lucrative — the collection plate was well-stuffed — so I headed over the mountains with more plews than I’d rightly expected.

So, after looking at the Randall Knives, ogling tomahawks and Norse bearded axes, talking longsword with a very enthusiastic HEMA enthusiast, and flirting with the gothest-girl-I-can at her table full of exquisite leatherwork, I hit the KA-BAR table and, well, to paraphrase Guy Clark, my hand burned for the Kephart knife. For, you see, Ethan Becker, whose designs are produced by KA-BAR, has just now produced a reproduction of the famous knife of “bushcraft” founding father Horace Kephart. 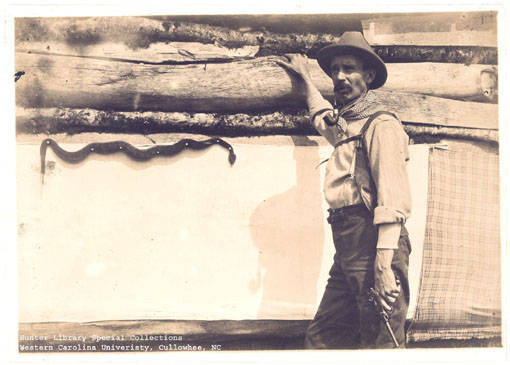 Horace Kephart was a woodsman — by preference. He was a thinking man’s woodsman in the early years of the 20th century, when an influential cadre of likeminded people recognized that we were in danger of losing something fundamental to the American character as the hardy life outdoors began to fade in the face of urbanization and the rapacious degradation of the landscape. Ken Burns sang of the man in his documentary The National Parks: America’s Best Idea.

Born in Pennsylvania and raised in Iowa, Horace Kephart enrolled in graduate school at Cornell by the age of 17. He became an expert on early western explorations, was named head of the prestigious St. Louis Mercantile Library, and was married before he was 25.

But his marriage proved unhappy. Kephart turned to heavy drinking, and when he lost his job and his wife left him, taking their six children with her, he suffered a breakdown. He decided to start over in a place where he could lose himself in the wilderness and find a new purpose for his life.

He chose the Smoky Mountains of North Carolina and Tennessee, which seemed, he wrote, like “an Eden still unpeopled and unspoiled.” There he tramped the woods and lived alone in a small cabin where he wrote “Camping and Woodcraft,” which became known as the “camper’s Bible,” and “Our Southern Highlanders,” about the distinctive people of southern Appalachia. 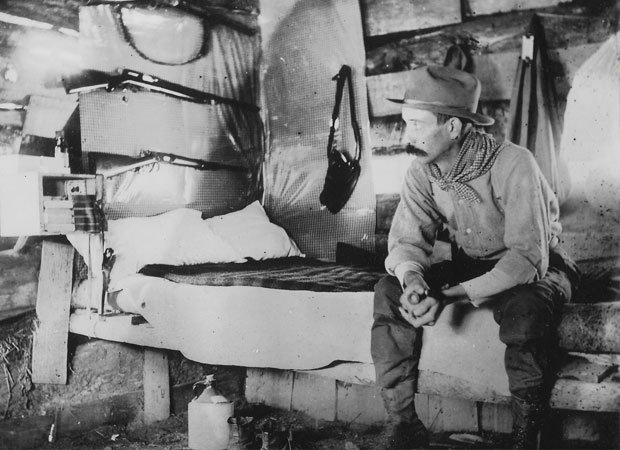 Worried that the Smokies were being ravaged by clear cutting, he took up the cause for saving the mountains as a national park, writing many influential articles.

Kephart had specific preferences in gear, which he developed tramping his beloved Great Smoky Mountains forests. Among his EDC items were a light hatchet and a knife of his design. Kephart popularized the knife by describing it in his book Camping and Woodcraft and an outfit named Colclesser Brothers in Pennsylvania started making them commercially. 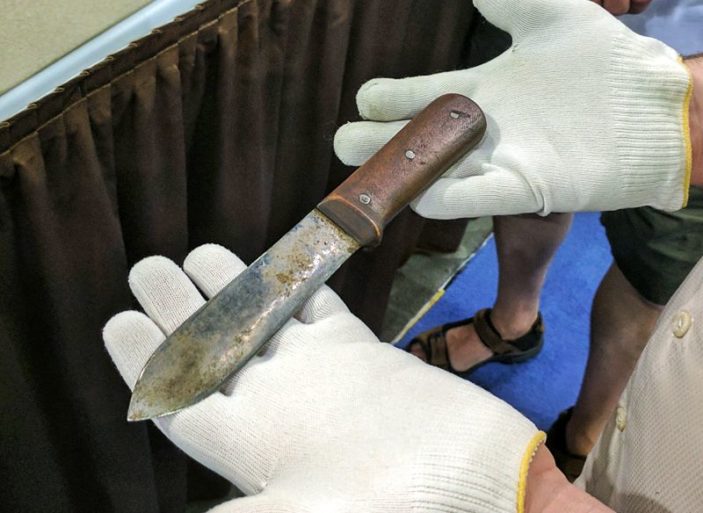 Ethan Becker’s Kephart, from The Truth About Knives.

Very few of them are extant and Ethan Becker has one. His close reproduction is the new BK62.

Some of you will recall that I am especially fond of my Becker BK9. Just last week, I wielded it for hours along with my Wetterlings Forest Ax to make a fine butchery of the mass of fallen juniper branches brought down by February’s freakishly damaging snowstorm. I like Becker’s workhorse knives and when I saw that he’s made a Kephart, well, I was mighty tempted. Actually handling one with a pocketful of music-made cash — yeah, that wasn’t a hard decision. 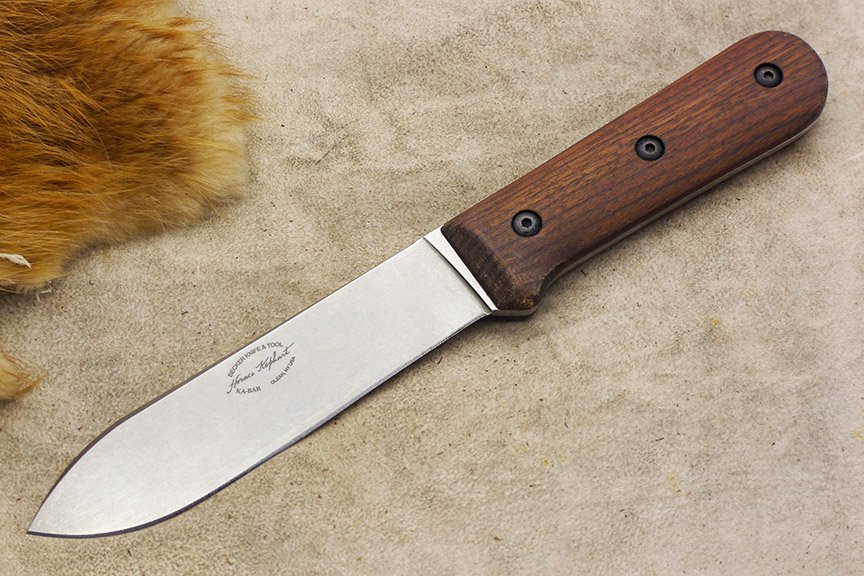 Ceili’s friend Odin was stuck at work and could not join us for the show — which is a shame, because his Norse heritage was wonderfully represented. He did, however, end up with the mandatory EDC blade of Scandinavians — a Mora. 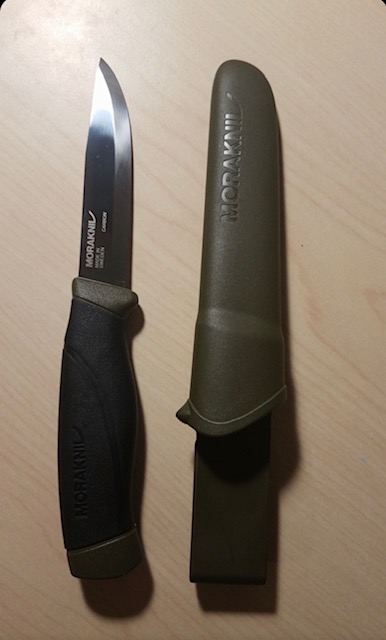 The Mora, which is based on the Finnish pukka, is a great addition to anyone’s kit — a great value in a highly utilitarian blade.  So now, Odin, too, has some Stuff That Works.