Last weekend, Ceili and I did a quick recon at Banana Republic. Stylewise, she considers BR her wheelhouse and she is scheming to raid it for her wardrobe for a study abroad term in London next year. Now, that’s all well and good — in fact it is grand. But I could not let this visit pass without a curmudgeonly aside:

And that required some explaining.

I am not one to wax nostalgic about the days of my youth. I spent most of the 1980s grumpy that it wasn’t the 1880s. For me, “80s Music” is Steve Earle and The Pogues. You get the picture. There were, however, some high points: Indiana Jones movies; Kirk Gibson’s 1988 homerun to win Game 1 of the World Series for the Dodgers; did I mention Steve Earle and The Pogues? And there was BANANA REPUBLIC. Amid all of the sartorial atrocities of the 1980s, a company emerged that was custom designed to win the hearts and trade of all of us retro types. As Eric Renderking Fisk writes in a review of the Banana Republic founding visionaries’ memoir at the estimable Fedora Chronicles:

Mel and Patricia Ziegler created the original stores with the idea that there are a whole bunch of people like them (and us) would enjoy shopping at a store with a rustic theme that sold unique “safari style” clothes that they found around the globe. These items included contemporary clothes made with “the safari vibe,” to military surplus. “Wild Company” reads like an adventure novel about how they were able to find what they were looking for before the internet and how they uncovered incredible finds such as large warehouses full of unused items from military branches from all over the world. 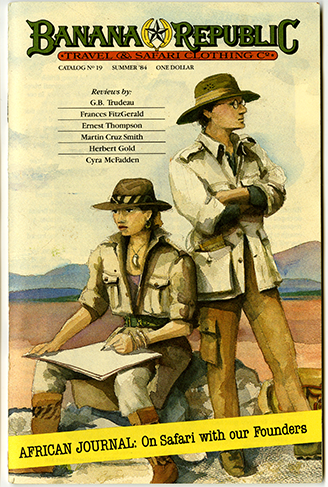 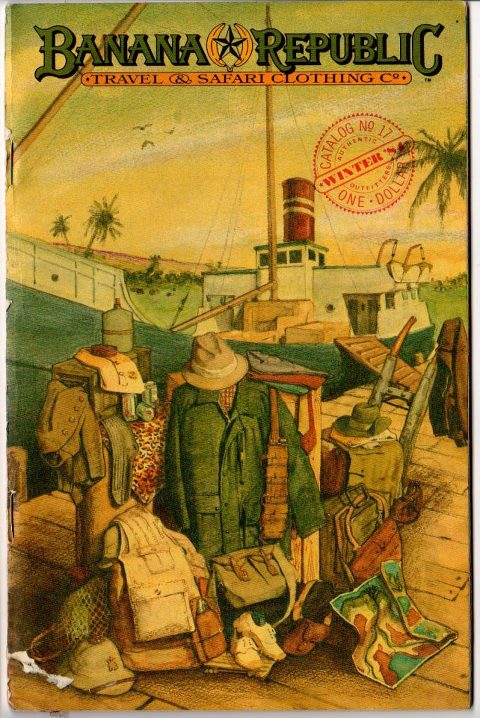 I tell you friends, it was glorious. The Zieglers — a former journalist and an artist — created catalogues that were works of art and a wonderful reading experience in and of themselves. The stores were a freakin’ theme park. I remember an excursion with my college girlfriend and her friends to a giant upscale mall in San Francisco, where I hid out in the dimly-lit Banana Republic soaking in the smells of canvas and leather. One of the crew got sniffy about the Reaganite neo-colonialism of the place, which was hilarious. You can see why this store felt like a refuge and a portal to adventure. 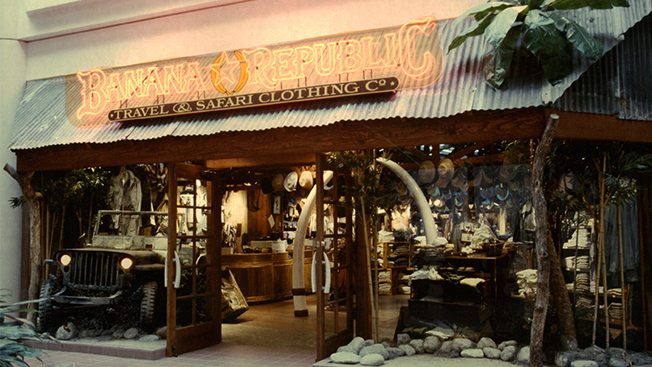 The story ends badly, in a welter of corporate asshattery — actually outright villainy. The Zieglers partnered with The Gap in order to extend their reach and tap the big company’s manufacturing resources — and, inevitably, a corporate asshole pushed them aside and dismantled their vision in order to create something bland. But for a few years there, Banana Republic truly was, as Fisk insists “the greatest chain to ever exist in our lifetime.” (Fisk lines the story out very well in his review of the Zieglers’ book Wild Company: The Untold Story of Banana Republic; click the link above for the whole thing). 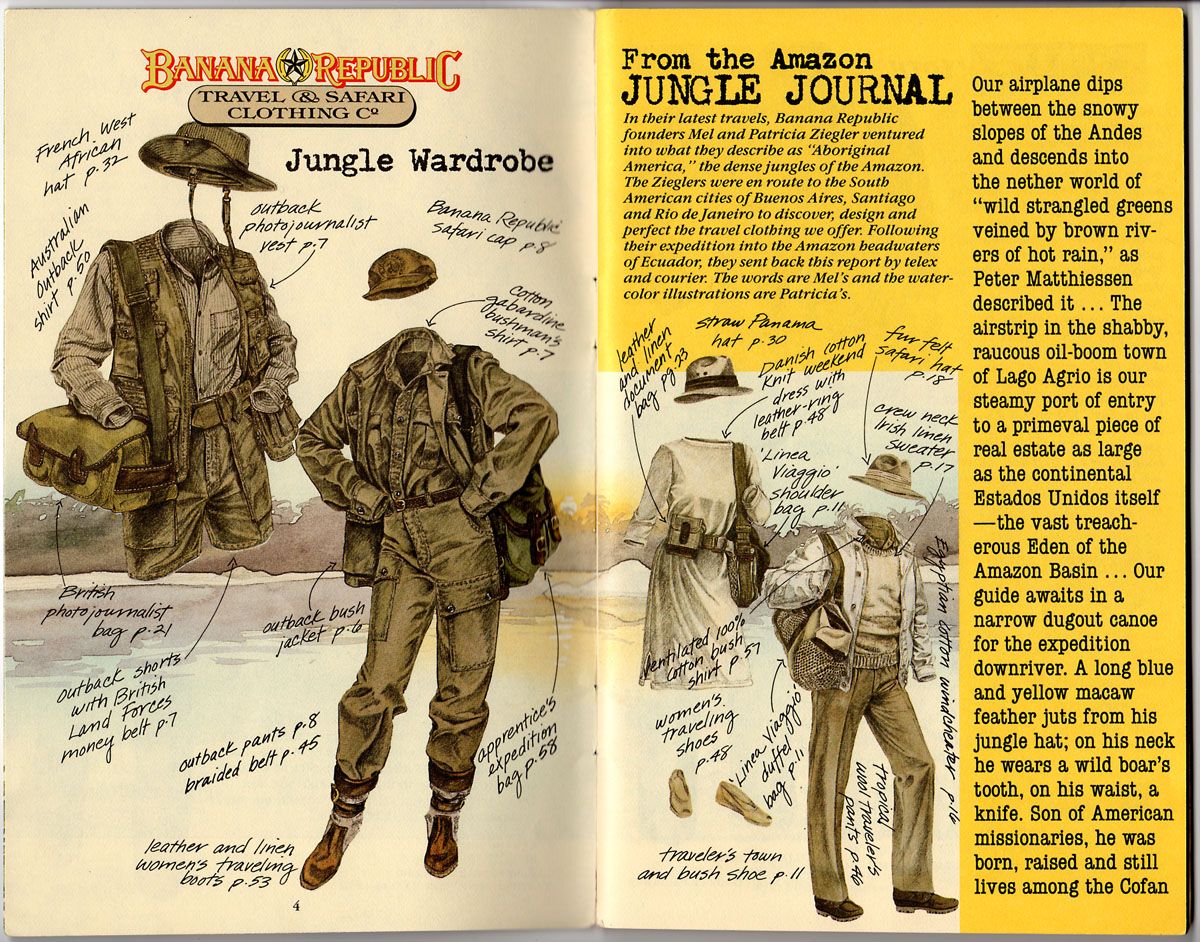 As Ceili observed, after I showed her the photographic evidence that once a mighty trading outfit graced these malls, a company that publishes a catalogue featuring The History of Khaki was speaking directly to me. Just lookit that, will ye? Sigh… 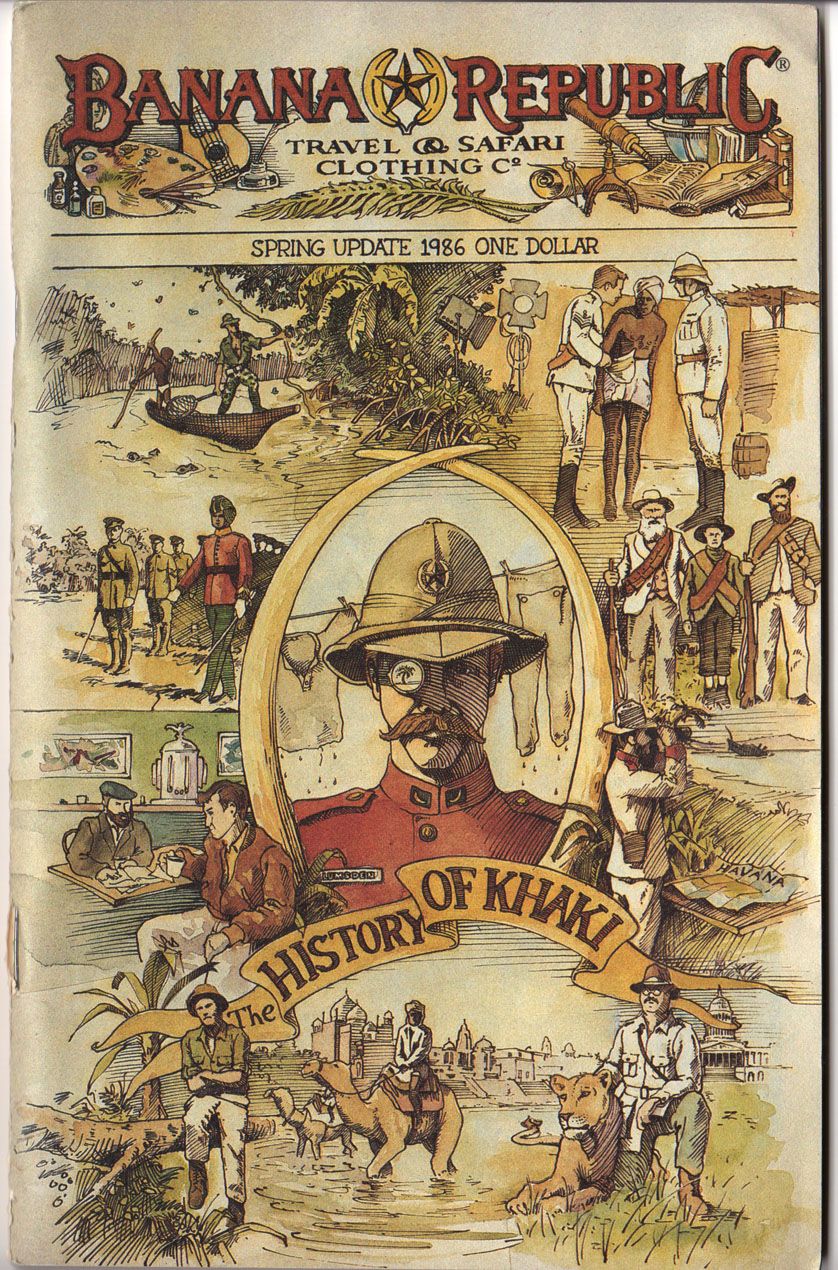