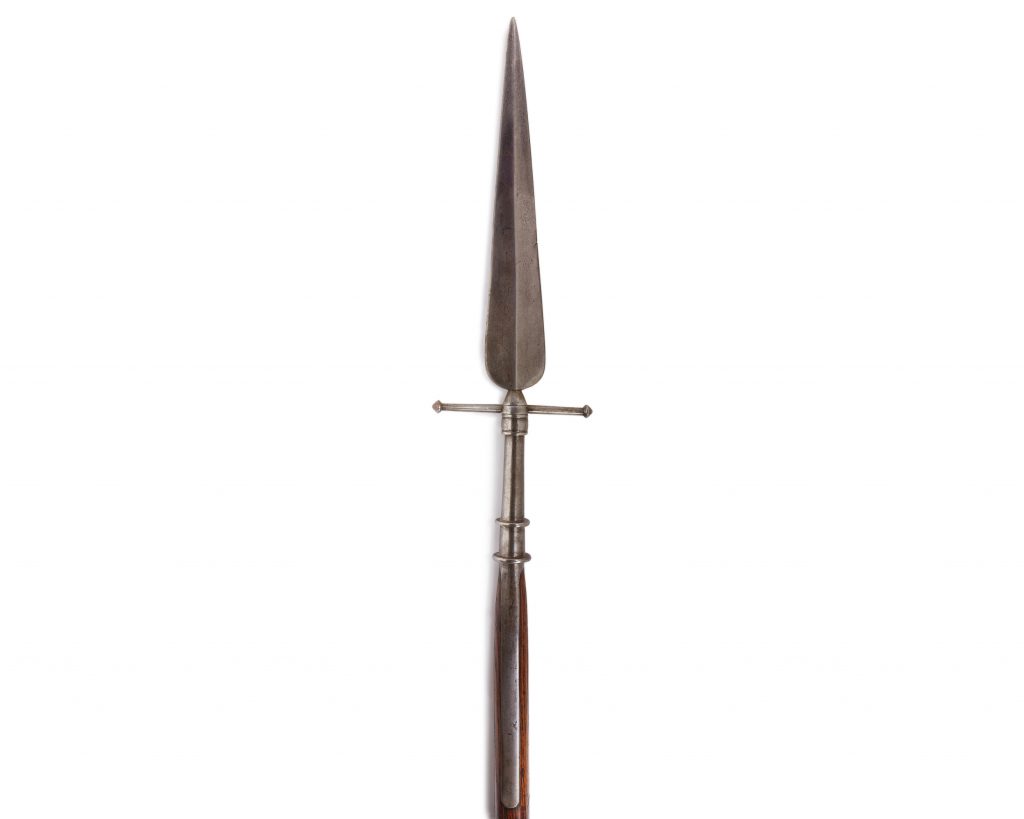 As my moccasins pound down the warpath in the Mohawk Valley c. 1775-1882, I continually cut sign of a medieval implement that remained an effective weapon through the era of the muzzleloading musket and rifle.

Talking about the Spontoon. That’s a fancy term for a military spear. Officially, it’s a half-pike. The pike — a spear ranging anywhere from 10 to 25 feet long — has an ancient pedigree, being a simple and inexpensive weapon to make, and one that considerably extended the reach of an infantryman. In the 17th century, pikemen were used to defend musketeers, and the pike/musketeer formation and its tactical use was so prevalent that the era became known as the era of Pike & Shotte. 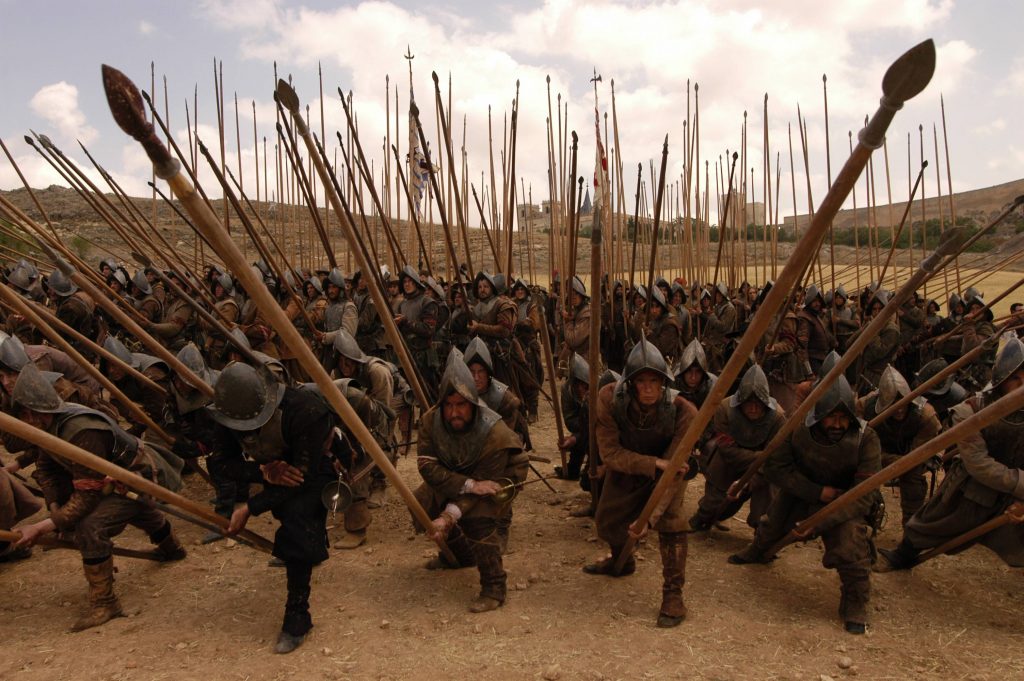 After the advent of first the plug bayonet and then the socket bayonet in the early 18th Century, the pike fell away from general use — and the Spontoon became a vestigial weapon. It was often issued to noncommissioned officers and sometimes junior grade officers as a symbol of rank and could be used for signaling, for dressing the ranks and as a rally-point on the smoky battlefield. 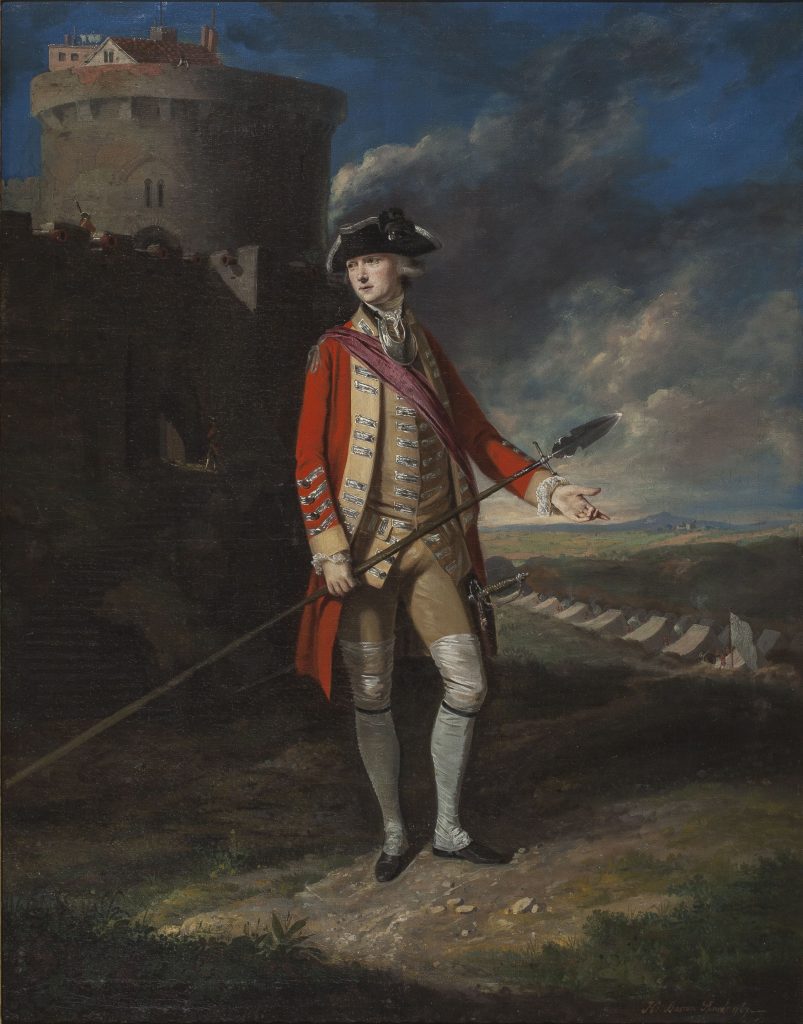 It remained, however, a real-deal weapon.

The head of the Spontoon often resembled the blade of a boar spear, with a crosspiece designed to prevent overpenetration. 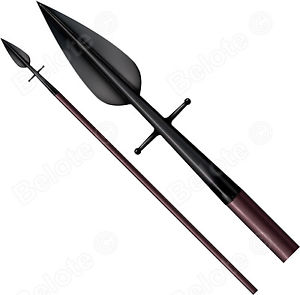 Unlike the boar spear, though, the Spontoon was usually taller than a man. In instances of hand-to-hand combat, it offered reach and mobility superior to the bayonet-tipped musket.

There are multiple references to Haudenosaunee (Iroquois) warriors armed with Spontoons, including Seneca thus equipped at the bloody Battle of Oriskany in western New York in 1777.

Barbara Graymont, “The Iroquois in the American Revolution.”

In that ambush, which featured hand-to-hand combat of the most intimate and savage nature, a warrior armed with a Spontoon or homemade spear was better equipped than one with a musket or rifle, especially if he had no bayonet.

Don Troiani’s epic painting of the Battle of Wyoming depicts a Seneca warrior deploying a spear to devastating effect. 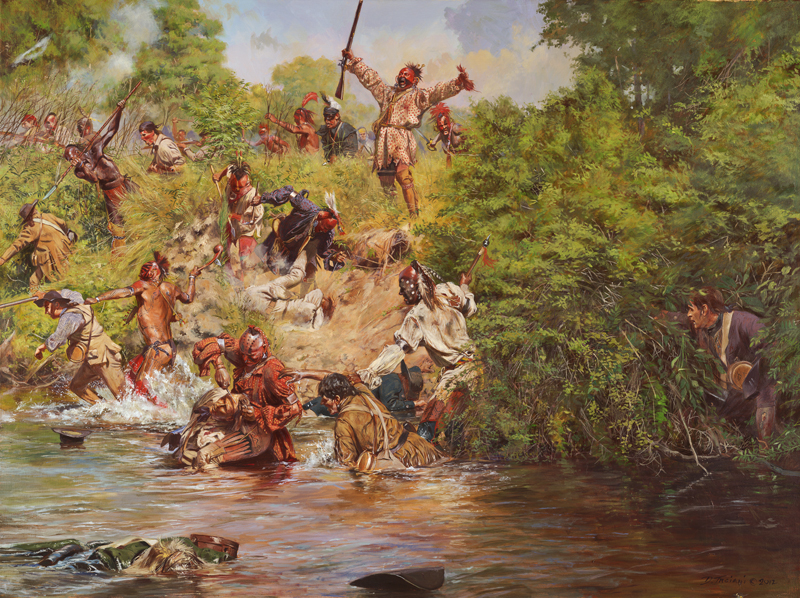 We don’t generally think of the spear as a Frontier Partisan weapon unless we’re evoking the assegai of southern Africa — or unless we are Lane Batot (hat tip). But it seems clear that the Spontoon was a common and effective weapon on the Revolutionary War frontier.