(Editor’s Note: Captain McNamee has a particular interest in the wilds of South America. His report on the Roosevelt-Rondon expedition has been recovered from a chest full of documents that was dredged from the River of Lost Souls after a dugout overturned during the relocation of Frontier Partisans headquarters). 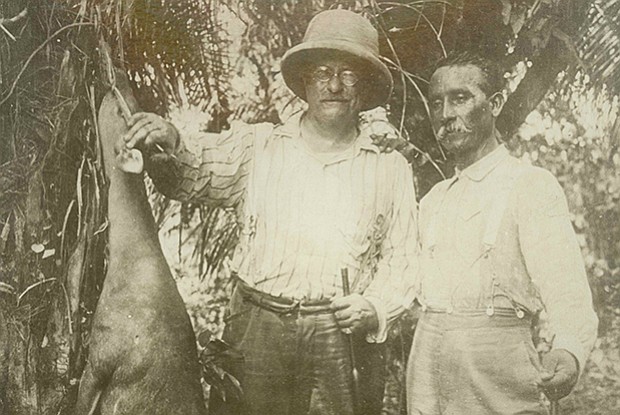 In 1914, former U.S. President Theodore Roosevelt was restless, as usual. Embarking to South America for speaking engagements and a ‘cruise on the Amazon.’ Roosevelt instead was courted by the Brazilian government to engage in an expedition to explore “the River of Doubt.” The river was uncharted and unknown to white men. Roosevelt, ever craving adventure and another claim to fame — this time, as a bona fide explorer — seized the chance.

The expedition was co-led by Candido Rondon, a famed Brazilian explorer who had spent years running telegraph lines through the unforgiving Amazonian rain forests. Rondon was the “Lewis and Clark of Brazil.” Wiry, 5’3″, he already had numerous credits to his name by way of discovering unknown rivers and unknown — sometimes hostile — native tribes. (Rondon has even been declared as a Badass Of The Week, deservedly so.

PBS’s American Experience—which had covered the Roosevelt clan’s sweeping saga in 2014—returned to that fertile ground in 2018 with the premiere of Into The Amazon. The nearly two-hour film detailing the exploits of the Roosevelt-Rondon expedition. 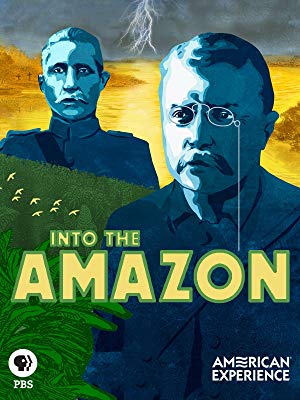 The Americans — fitted out for a “river cruise” — were both over-equipped and ill-equipped. Needing to hike through dense forest just to reach the mouth of the river, pack animals where shed of extra weight. Some of the provisions would be sorely missed later in the expedition.

The Brazilian forest swallows people whole — swarming insects, drenching rains, flood-swollen rivers, rapids, disease, and bacteria. It wasn’t long before the usual tribulations of men put together in a hostile environment began to manifest. A dearth of game, hunger, discomfort, alpha wolf bickering between Roosevelt and Rondon. There would even be murder before they were through.

“South America makes up for its lack, relatively to Africa and India, of large man-eating carnivores by the extraordinary ferocity or bloodthirstiness of certain small creatures of which the kinsfolk elsewhere are harmless.”

– Roosevelt, Through The Brazilian Wilderness

Infection nearly killed Roosevelt, who at one point told the others to go on without him. Rough Rider, cowboy, big game hunter, Roosevelt did not conquer the River of Doubt–he survived it.

I, of course, would like to have seen more details concerning Candido Rondon but there is enough information here to impress. For his efforts, Roosevelt was awarded a medal from the National Geographic Society. He insisted a medal be struck for Rondon, as well.

Into The Amazon is a worthy viewing for any of us Frontier Partisans. It is now available streaming on various platforms and on DVD.

I had only learned of Rondon recently from a most unexpected source: Tarzan. 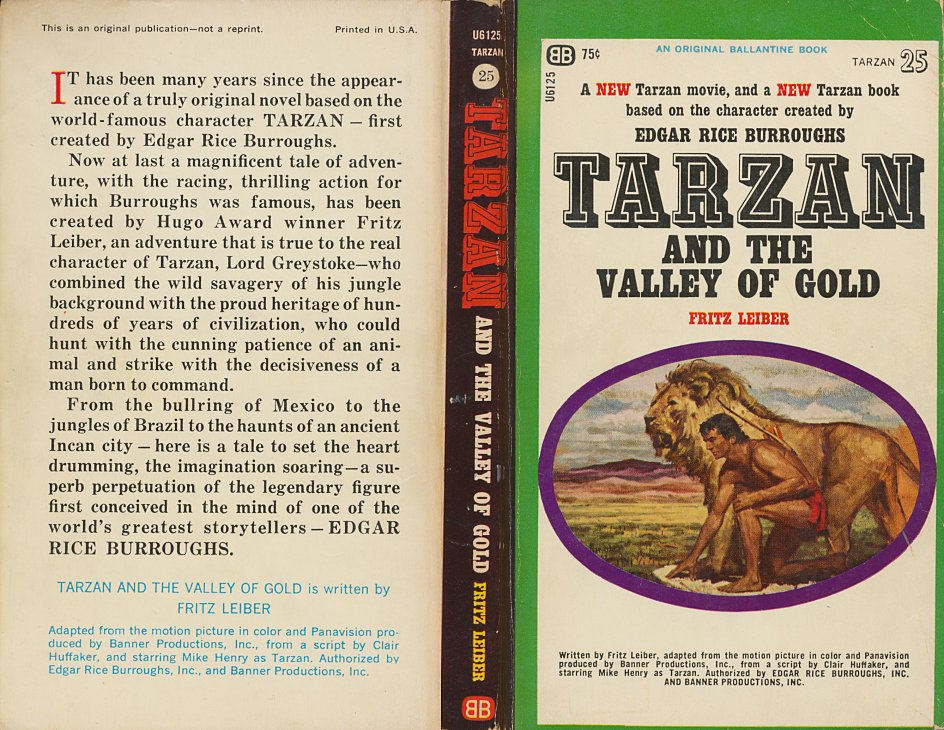 In 1966, the movie Tarzan And The Valley Of Gold was novelized (with Edgar Rice Burroughs, Inc.’s approval) by none other than Fritz Leiber. Leiber elevated the story from its limited budget and clunky plot into a fully fleshed out novel. One change (among many) Leiber made was to move the action from Mexico into the Brazilian jungle. Leiber did his research, including visits to the Brazilian consulate. The result is a Tarzan adventure in South American that rings with veracity and history.

“You’ve probably heard something of that service, Tarzan,” Juarez interjected. “It was established at the beginning of the century by a Brazilian Army major, Candido Mariano da Silva Rondon, later a great friend of the American president Theodore Roosevelt. The state of Rondonia…is named for him. He died only in 1958 after a long lifetime spent in making the Service an instrument for help and pacification of the Indians, without interfering with their way of life or tribal customs. …”

Tarzan nodded. “And I know its great motto: ‘Die if necessary, but never kill’–a motto several of Rondon’s men literally lived up to.”

Tarzan And The Valley Of Gold, the movie, is available streaming and on DVD. The novelization by Leiber is out-out-print in North America, unfortunately. There is an e-book version available in the UK. We can hope it will be reprinted or digitized for more markets in the future.

Previous Post: « Getting A Kick Out Of An 18th Century Rifle
Next Post: ‘A Bit Of A Tit’ »