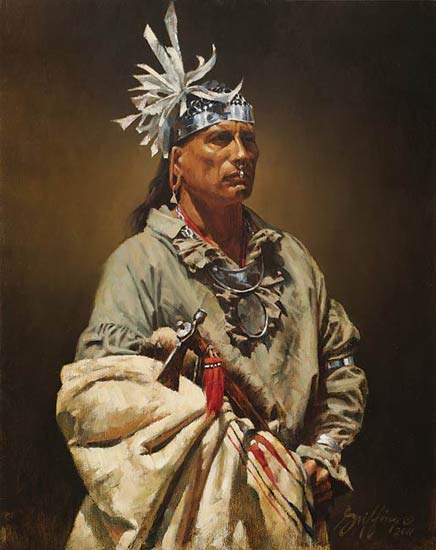 As I palaver with the ghosts of the Red Road, I am coming to know people who have mostly been just names to me. Among them is a man named Cornplanter.

The name of the Seneca War Captain has long been familiar, but I did not know the man. I did not know until recently that he was the son of a Dutch trader, one Johann Abeel, the scion of a prominent Albany family who had a brief assignation with a Seneca woman while plying the fur trade and working as an itinerate gunsmith among the Haudenosaunee. Abeel left the frontier and had virtually no contact with his son. As he came int0 his manhood, Cornplanter travelled to Albany to see his father, who turned him from his door. Fortunately for Abeel, Cornplanter overcame the hurt this must have caused. He would spare Abeel’s life during a Mohawk Valley raid during the Revolution.

Cornplanter was in his 20s or early 30s when the Revolution roiled the lands of the Haudenosaunee. Despite being already a noted warrior, he counseled neutrality in this white man’s civil war. However, when the Seneca elected to side with the British, he became the most prominent Iroquois war captain, leading countless raids in both New York and Pennsylvania, and fighting in almost every major engagement. No warrior was more active.

The British misunderstood the origins of his Dutch name and called him Captain John O’Bail. 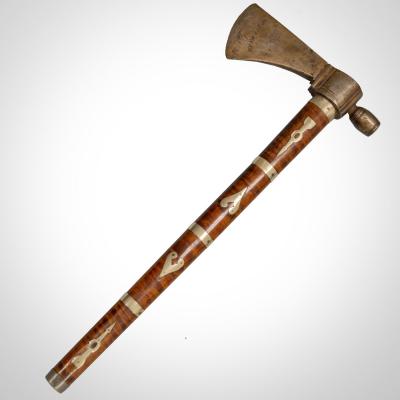 After the war, Cornplanter became a strong advocate of peace and accommodation with the Americans and worked actively to discourage the Seneca from involvement in the ongoing war in the Ohio Country in the 1780s and ’90s. He met with George Washington, who presented him with a ceremonial tomahawk. While Thayendegenea, Joseph Brant, took his Mohawk into exile in Canada, Cornplanter succeeded in securing a 1,500-acre reservation for the Seneca in a portion of their old Pennsylvania homeland.

His brother, Handsome Lake, would lead a spiritual revival among the depressed and distressed people. In the sunset years of a long life, Cornplanter stepped back from his attempt to fit into a new America, and reverted to traditionalism.

A titan in both war and peace.