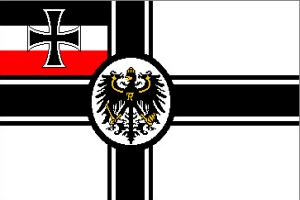 Phillip Pretorius had his mission: locate the commerce raiding cruiser Königsberg in the labyrinth of the Rufiji Delta in Tanganyika and fix its location for British naval guns.

To help him in his reconnaissance mission, Pretorius hired six natives, reported by a Colonel Mackay of the King’s African Rifles to be “the biggest rogues on the entire east coast.”

In classic “operator” fashion, Pretorius knew what he needed on his native team.

“I preferred fearlessness to any fastidious taste in native honour, and I assured myself of their silence by the threat that wagging tongues would be cured by removal. I spoke their language well enough to carry conviction.”

Pretorius and his gang of rogues set up a base on the tiny island of Mafia at the mouth of the delta, clambered through the coastal mangroves, and proceeded inland to find their prey.

They kidnapped local natives, promising them a comfortable captivity and secured guides that took them to a hill overlooking the Königsberg’s lair. Pretorius stalked the ship several times, climbing trees to observe it through powerful naval binoculars. He even boarded the cruiser, disguised as an Arab (that sun-and-malaria-browned skin came in handy) accompanied by a local chief whose son was serving as a shipboard stoker.

The scout determined the number and size of the guns, discovered that the ship’s torpedoes had been removed and placed in boats close to the mouth of the river. The scouts also observed the German patrols and shore defenses.

But that was hardly the end of his mission.

In addition to its manifest dangers, recon can be brutally tedious, demanding a profound level of patience to secure precisely the information a commander needs. Admiral King-Hall wanted ranging points to the Königsberg and a possible channel of approach; the navy needed to know if the channels were mined and whether or not a ship could steam into the delta and open fire on the cruiser.

“And here began a series of investigations, the monotony of which was only bearable because of the results obtained. I pushed a dugout in and out of the score of channels, often risking daylight to map the localities, perhaps glad of the relieving adventure brought by the possibility of a Teutonic face suddenly peering at me out of the bush.”

The tedium got even worse when Admiral King-Hall demanded an hourly record of the tide in the delta — over the space of a full month.

Finally, the scout’s recon was done. Two shallow draft monitors arrived, ready to take on Königsberg. Pretorius and his boys were sent out in a dhow to lure the cruiser out, but they wrecked in a storm and were only narrowly saved from capture by a British whaler tasked to the mission. The Germans knew the British were on the scent and the scouts had another narrow escape when reconnoitering shore defenses at night. Discovered, they scattered to the seashore and escaped heavy Mauser fire under cover of darkness.

As the British fleet closed in on the mouth of the Rufiji, Königsberg opened hostilities with a salvo, followed by the German shore batteries. Now aboard the British flagship, Pretorius pointed out snipers in tree platforms, which were promptly wiped out by the shipboard guns. Using Pretorius’ charts, the Mersey and the Severn prowled up the selected delta channel and Pretorius heard their guns open up deep in the bush. Spotter planes flew overhead and Pretorius heard the gratifying command: “Fire again at the same mark.”

Hell rained down on Königsberg for several hours. The Germans, with no hope of escape, finally scuttled her. That night a dense fog descended, which lasted several days. When it cleared, Pretorius accompanied the landing party that found the carcass of the deadly raider.

“The great ship’s devastating career was ended. One would scarcely have known what she had been. For here, beside the bush-crowded edge of the small island against which she had been moored, lay little more than a vast disorder of tortured steel, made the more unlovely by broken bodies strewn at every angle.”

Königsberg was left a pile of wreckage but its guns would go on to torment the British.

In fact, Königsberg was not quite dead. The Germans had salvaged several of her guns, which would serve as field artillery for General Paul von Lettow-Vorbeck, one of the greatest practitioners of guerrilla warfare in history. Von Lettow, with Königsberg’s remaining crew serving in his columns, would lead the British on a not-so-merry chase all over eastern Africa. And the British commander, South African soldier-statesman Jan Smuts, would call on P.J. Pretorius to run him down. We’ll take up Pretorius’ trail again in Part III.

Author’s note: Bestselling South African novelist Wilbur Smith wrote a novel inspired by Pretorius’ hunt for the Königsberg, entitled “Shout At The Devil,” which was also made into an enjoyable movie starring Lee Marvin and Roger Moore. The 1976 movie “Shout At The Devil” is now available through Netflix instant viewing. Smith, while acknowledging that Pretorius’ exploits inspired his tale, quite appropriately issued a disclaimer:

“I will most emphatically deny  that the rogues and scoundrels depicted in my tale bear the slightest resemblance to any members of the company of men that operated to the destruction of the Königsberg. In particular, I would strongly resist the suggestion that Flynn Patrick O’Flynn is based on the character of the gallant (Major) ‘Jungle Man’ Pretorius…”

Now that we’ve got that out of the way, watch the movie and read the book. But first read Pretorius’ own story. His memoir, “Jungle Man,” while suffering from a title better suited to a lurid Men’s Adventure magazine tale, is actually a wonderful, understated piece of Africana and one of the greatest adventure stories ever told.