Think of this as your Frontier Partisans Valentine’s Day post. For surely no Frontier Partisan practiced the arts of love more ardently and prodigiously than the Great MacShane — Sir William Johnson. 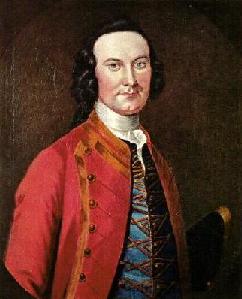 Handsome Billy, they called the strapping Irish youth who ventured out into the wilds of New York’s  Mohawk Valley to manage his uncle’s estate in 1738. Like virtually everyone, red and white, on the frontier, he had a taste for liquor. He also enjoyed a well-set table and a dirty joke. And he loved women. They loved him back.

Johnson’s first known woman — and perhaps the love of his life — was a Palatine German girl named Catherine Weisenberg, who had come to the Colonies apparently as an indentured servant, perhaps after spending a spell in Madagascar. The Palatine Germans were religious refugees who had emigrated to England and thence dispersed into Britain’s colonial possessions. A great many came to settle in the Mohawk Valley and put a heavy German stamp on the landscape and culture.

Catherine was, by all accounts, a “fair and buxom” lass, and she caught Johnson’s eye. He determined to have her, though she belonged — literally — to a pair of brothers who had bought her indenture on the docks at Manhattan. Handsome Billy was never the sort to let anything stand in the way of fulfilling his desires.

One of the Dutch Phillips Brothers was said to have complained:

“Johnson, that damned Irishman, came the other day and offered me five pounds for her, threatening to horsewhip me and steal her if I would not sell. I thought five pounds better than a flogging and took it, and he’s got the gal.”

A more prosaic version has it that Catherine ran away from her indenture and came into the community of Palatine Germans in the Mohawk Valley, where Johnson simply found her and took her up. 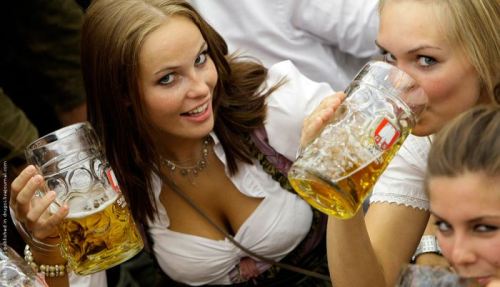 No contemporary portrait of Caty Weisenberg exists. Extensive research and judicious historical judgement suggests that she looked just like this… 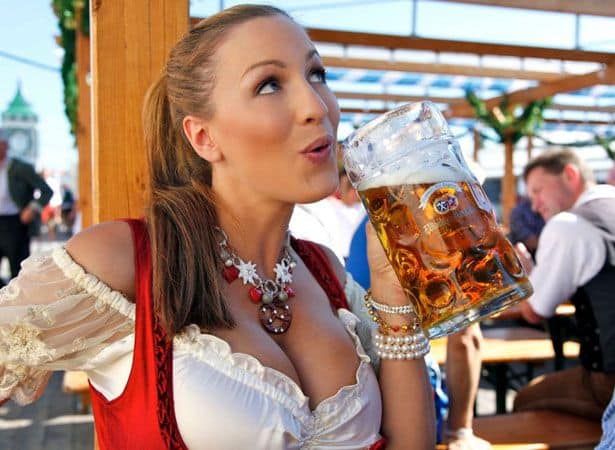 Johnson would “have” Caty, as she was known by all, for the next 20 years, until her death in 1759. She acted as his housekeeper and estate manager at Fort Johnson along the Mohawk River. She would bear Johnson three children. It is not clear whether or not they ever married, but Johnson’s children with Caty were his “official” heirs, including John Johnson, who would become a leading Loyalist partisan during the Revolution.

Though he was not a faithful husband — ever — Johnson clearly had deep feelings for Caty Weisenberg. After her death and for the rest of his life, he wore a ring inscribed July 16, 1739: the day she came into his life.

After Caty’s death, Johnson brought a new woman into his household — one of the most formidable figures in the history of the Mohawk Valley. Degonwadonti, better known as Molly Brant, was Mohawk, the elder sister of Thayndenegea or Joseph Brant. The Brants would, with Johnson’s son and heir, become significant Loyalist partisans in the Revolutionary War and would lead their Mohawk brethren into exile in Canada after the conflict. 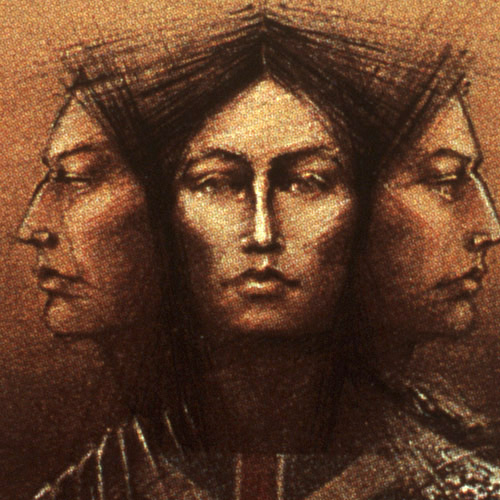 Molly Brant is regarded as a founding mother of Canada, where a stamp was commissioned to commemorate her. 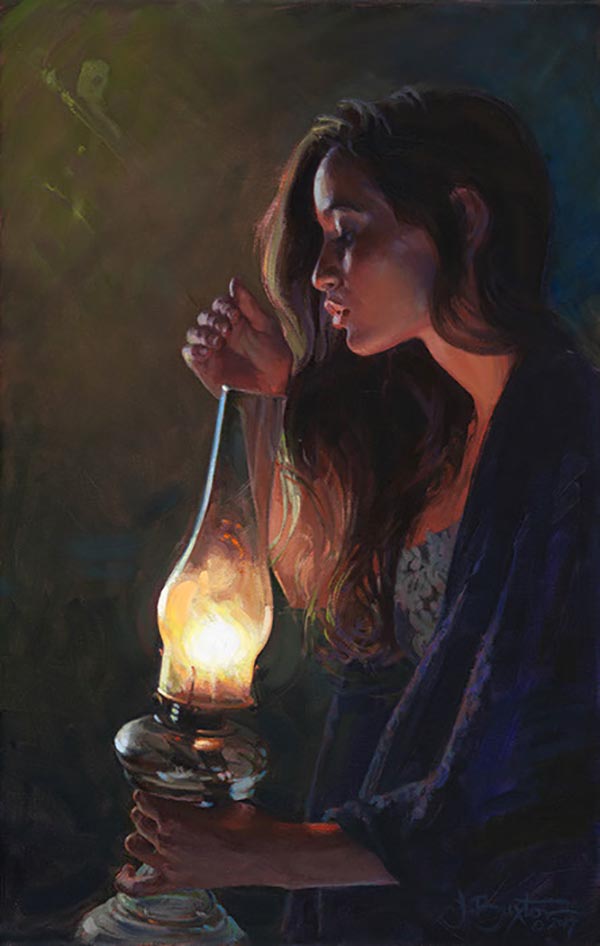 Valley legend had it that Johnson was taken with her when he watched the 16-year-old girl leap upon a horse and ride like the wind through verdant fields, her long, black hair streaming behind her.

Johnson, by now the great man of the Valley and one of the most important men in the American Colonies, was building a new estate called Johnson Hall, in what is now Johnstown, New York. Johnson Hall would become the domain of Molly Brant, who reigned over it as Johnson’s housekeeper and consort. The near constant hospitality that she provided there was legendary. Judge Thomas Jones, Justice of the Supreme Court of New York Colony recalled:

“(Johnson) had, besides his own family, seldom less than ten, sometimes thirty. All were welcome. All sat down together. All was good cheer, mirth, and festivity. Sometimes seven, eight, or ten of the Indian Sachems joined the festive board. His dinners were plentiful. his liquors were Madeira (the most popular wine of the colonial era) ale, strong beer, cider and punch. Each guest chose what he liked, and drank as he pleased. The company, or at least part of them, seldom broke up before three in the morning. Every one, however, Sir William included, retired when he pleased. There was no restraint.”

No restraint. That’s how the Great MacShane rolled. 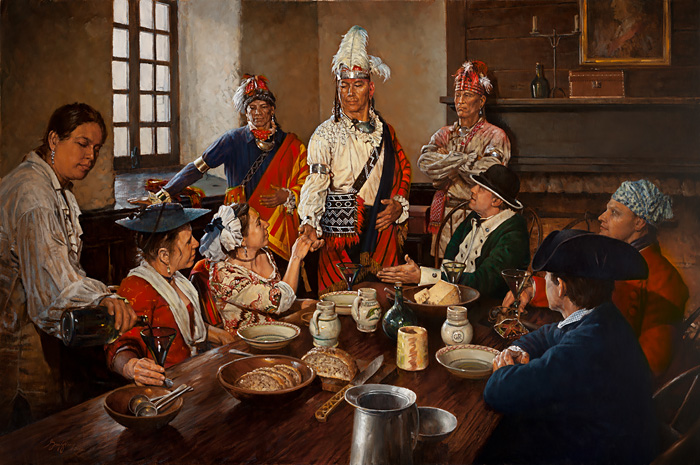 Johnson’s household was a riot of cultures come together to eat, drink and make merry — and to conduct the key diplomacy of British North America. Art by Robert W. Griffing.

It was a wild household. Johnson had several liveried African slaves tending to his guests, a couple of dwarves — both named Bartholomew — serving at table, and a dwarf violinist named Billy who could play everything from chamber music to Irish fiddle tunes. His valet was a giant fellow of mixed African and Mohawk descent whom Johnson named Pontioch, after Pontiac, the Odawa war leader. Indians of all nations visited and camped on the lawn or in the hallways. Men of the cloth visited, too, and one can imagine what they thought of the Lord of the Mohawk Valley, the Antichrist of the Wilderness and his heathenish ways.

Molly Brant was a loyal consort, an important diplomatic liaison with the Mohawk, and the mother of eight of Johnson’s children. She cared for him as his old wounds and high living caught up with him. It was, clearly, a deep and abiding relationship. But the Great MacShane would have his extracurricular activities.

It was as if he (and Fiddler Billy) composed their own version of Waymore’s Blues two centuries early:

I’ve got a good woman, what’s the matter with me?

What makes me want to love every woman I see?

I was travelin’ when I met her, now I’m travelin’ again

In addition to Johnson Hall, Johnson built two getaways along the Sacandaga River, a tributary of the Hudson River. One was a furnished cottage known as Summer House, the other was a rough cabin called The Fish House, built in about 1762. Johnson was a gentleman fisherman and hunter and these activities offered him some respite from his diplomatic and commercial affairs and from the constant party at Johnson Hall. The Fish House was also his favorite love nest.

The Great MacShane liked to row along the Sacandaga and fish or hunt waterfowl, with Pontioch working the oars and Billy in the bow sawing on his fiddle. When he was in the mood for some female company — which was, obviously, quite often — he would fire both barrels of his flintlock shotgun in quick succession and one or the other of a pair of sisters who lived nearby would run down to The Fish House to await his attentions.

Susannah Wormwood, about 20 years old, was a “grass widow” — meaning that her husband had decamped for parts unknown. She was noted for her fine figure. She was Johnson’s favorite treat on his hunting and fishing trips, though sometimes her less well-favored but equally enthusiastic sister Elizabeth took a turn.

Their father, Farmer Wormwood, did not seem to mind this arrangement in the least. In fact, he enthusiastically endorsed it. He once scandalized a neighbor named Mrs. Shew by describing a frolic in the Fish House when he and his wife visited along with Susannah and they all piled into bed.

“Sir William told us how to lay. He first directed the women to get in the middle, ‘and now,’ he said to me, ‘you get on that side and take care of your old woman next to you and I’ll get in on this side and try to take care of Susannah.’’’

Johnson apparently was able to take care of Susannah well enough, for she bore him what would turn out to be his last child.

Frontier culture was earthy and sexual mores were generally pretty relaxed. Johnson, as was his wont in ever aspect of his life, did things up in a big way. After all, his Mohawk name, Warraghiyagey, means He Who Undertakes Great Things. No one really knows how many children Johnson had. He sired more than a dozen acknowledged children, but some have it that affairs with native women produced a hundred or more. Could be.  Two South African Frontier Partisans, John Dunn and Coenraad du Buys, each produced enough children to start their own tribes.

All that no-restraint living took its toll. By his late 50s, Johnson was a wreck. His old war wound pained him constantly and he was probably suffering from cirrhosis of the liver and hardening of the arteries. He stroked out in the middle of an Indian conference on July 11, 1774. A mighty oak had fallen. It is interesting to speculate as to how Sir William’s influence might have affected events in the great conflagration that was coming to the Mohawk Valley in the ensuing years. His son and heir Sir John Johnson, and his nephew Sir Guy Johnson would be forced to flee the Valley into exile. Sir John would lead devastating raids into his old homeland in defense of the Crown.

Ultimately, the Johnson heirs would be forced to abandon their vast landholdings and their rich life in the Valley and rebuild their tragic lives in Canada. All that Sir William created was swept away. Even the Fish House ended up under a lake.

So, the Great MacShane exited the stage at just the right time. A Celtic-Mohawk Baron, a feudal lord and a lover of the ladies, he helped create a British America that would soon be gone with the wind.