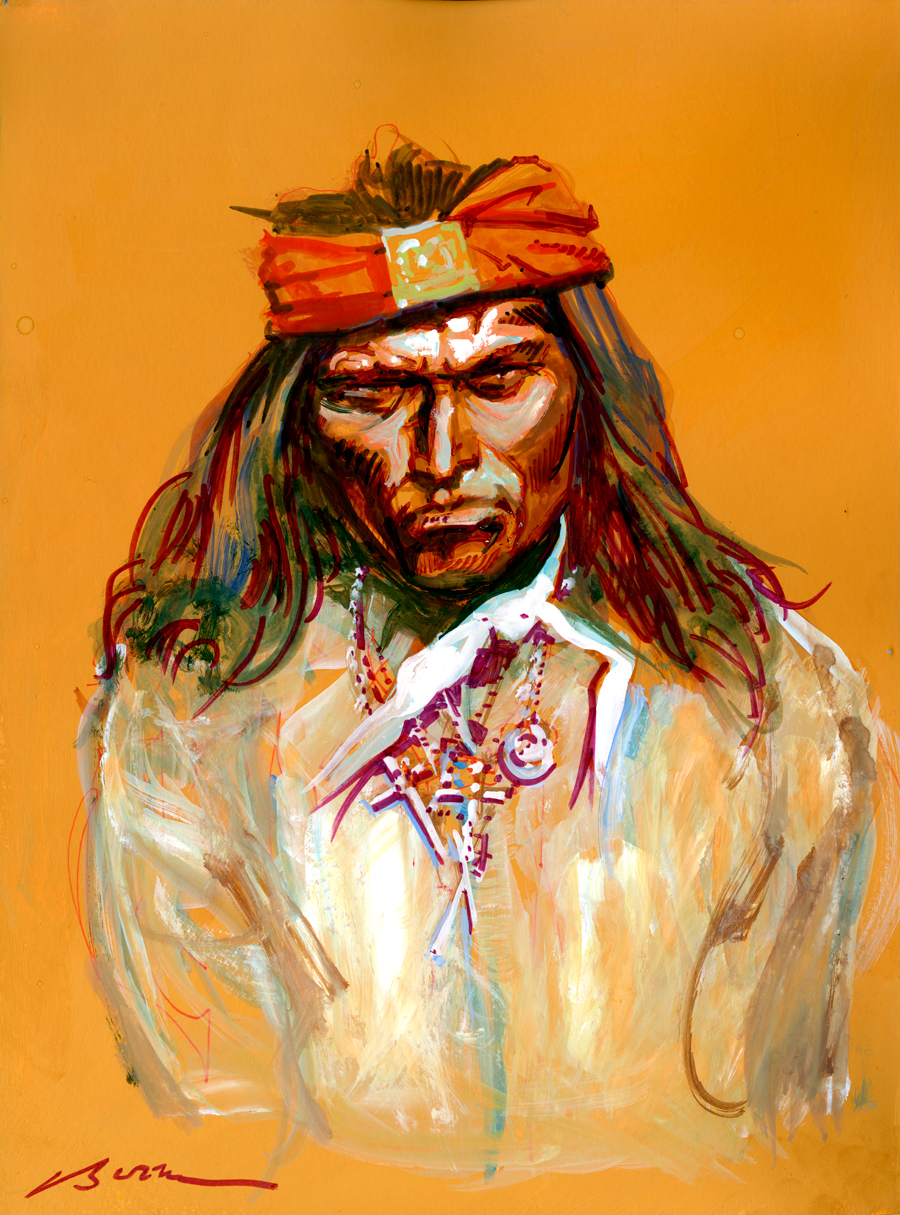 Of all the ghosts that haunt the Red Road, Has-kay-bay-nay-ntayl is perhaps the most tragic. Known to his contemporaries and to history as The Apache Kid, he looked fair to successfully negotiate the rocky and treacherous path between the culture of his birth and the dominant Anglo-American culture he ably served as a scout. But, as it did for too many Frontier Partisans, alcohol wove a fatal strand into his fate and turned him into an outlaw.

Has-kay-bay-nay-ntayl was born in the 1860s into the Aravaipa band of Apaches in Central Arizona and from his boyhood he found friends among the growing population of American settlers. He learned English from a teenage hunting and ranching companion and found work in the town of Globe as a herder for a local butcher. The Americans couldn’t pronounce his name, so they just called him Kid, or Apache Kid.

With his language skills and his fieldcraft honed in the hunting field, he was a natural for recruitment into the corps of Apache Scouts tasked with hunting down the last of the militants in Apacheria. The Kid became an immediate favorite of the great civilian contractor Chief of Scouts Al Sieber, and participated with him in the epic 1882 Battle of Big Dry Wash.

The Apache Kid made sergeant of scouts. He was moving up in the world. He courted the daughter of the Aravaipa chieftain Ezkiminzin, a young woman so striking that American soldiers referred to her simply as “Beauty.”

The Apache Kid was noted for his exceptional vision and his ability to process what he saw for tactical information. Paul A. Hutton recounts:

“One army officer told a Los Angeles Times correspondent of how Kid once pointed out to him a band of riders some 15 miles distant on the plain. The officer’s field glasses could detect but specks in a cloud of dust, but Kid noted the number of white riders, the number of Indian scout riders, and the number of pack mules. It was easy for him, as he could tell the ethnicity of the riders by how they rode their horses. When they later met up with the party, the officer learned that Kid’s numbers were perfectly correct.”

The Kid went out against Geronimo in 1885-86 — and nearly caused an international incident. The U.S. and the Mexican governments had agreed a “hot pursuit” treaty that allowed American military forces to chase Apaches into Mexico in an attempt to deprive them of their sanctuary in the Sierra Madre Mountains. By the mid-1880s, almost all of the action was in northern Mexico, with U.S. Cavalry led by Apache scouts engaged in grinding pursuit of the last Apache militants.

On one occasion, a group of scouts and packers got roaring drunk and treed a small Mexican town. The Kid was amongst the revelers and was captured by Mexican Rurales led by the remarkable Col. Emilio Kosterlitsky — an exiled Polish-Russian soldier and scourge of Apaches and Mexican bandits alike. Kosterlitsky intended to hang Apache Kid, but the mayor of the town, mindful of the economic impact of having American soldiers coming through town, persuaded him to let Kid off with a fine and he was sent packing back to the Americans. 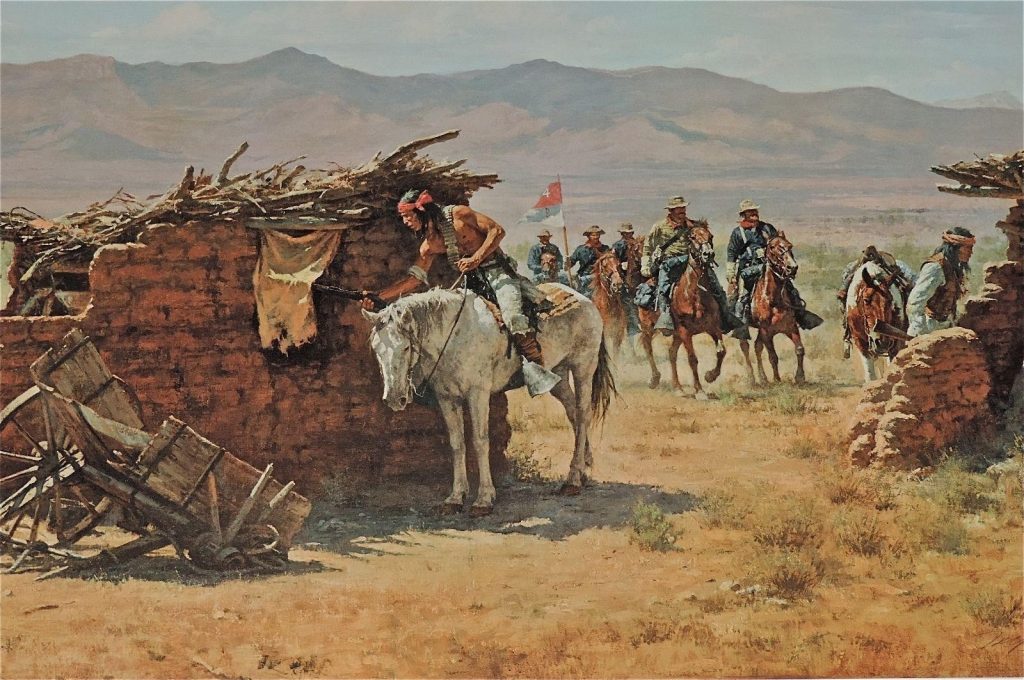 The Kid also went out with Sieber on the trail of Massai, who had been a friend and fellow scout who went renegade after being shipped east after Geronimo’s surrender. Being Aravaipa and not Chiricahua, Kid escaped being sent off to Florida with Geronimo’s band (one of the ugliest black marks on the U.S. military’s record).

But The Apache Kid’s trail was about to turn rough and dark — and the traditional Apache intoxicant Tiswin would be his undoing.

In June 1887, Kid and his scouts went to a camp on the reservation where the Kid’s father lived; a big tiswin drunk was underway. It seems that the scouts intended to break up the party, but when the Kid arrived, he found his father had been killed, shot in the back by a drunken warrior. The Kid was convinced that a warrior named Rip was behind the assassination, since Rip and his father had had bad blood for 20 years, ever since the Kid’s father won a girl they both fancied.

A fellow scout named Curly — a man of ugly disposition — pushed Kid hard. His Apache duty was vengeance. Curly’s importuning would win out over Kid’s soldierly sense of duty. When the Red Road forked, he took the old route.

The Apache Kid and his scouts rode to Rip’s camp and killed him, then returned to the tiswin camp to drink and brood on their situation. The Kid knew he’d broken faith with Sieber and that he would face punishment for a killing he felt honor bound to commit. The next day, the scouts rode in to take what they had coming to them.

They approached Sieber’s tent and the scout curtly told the Kid to lay down his weapons and disarm his compatriots. This the Kid did without incident. A Captain Pierce came on the scene and ordered the AWOL scouts to the calaboose. At least one of them made a break for their arms.

“I throwed and kicked the guns that were within my reach towards my tent as far as I could,” Sieber would testify. “At this time there were two shots fired one right after the other. Kid jumped away from me and ran around the shade of my tent, and I then ran to my tent, throwed myself down to get my gun.”

Bullets were whipping through the canvas. Sieber ran out of his tent and drew a bead on an Apache scout trying to flee on horseback. Just as he fired, a bullet struck him in the ankle and he fell to the ground, out of the fight. 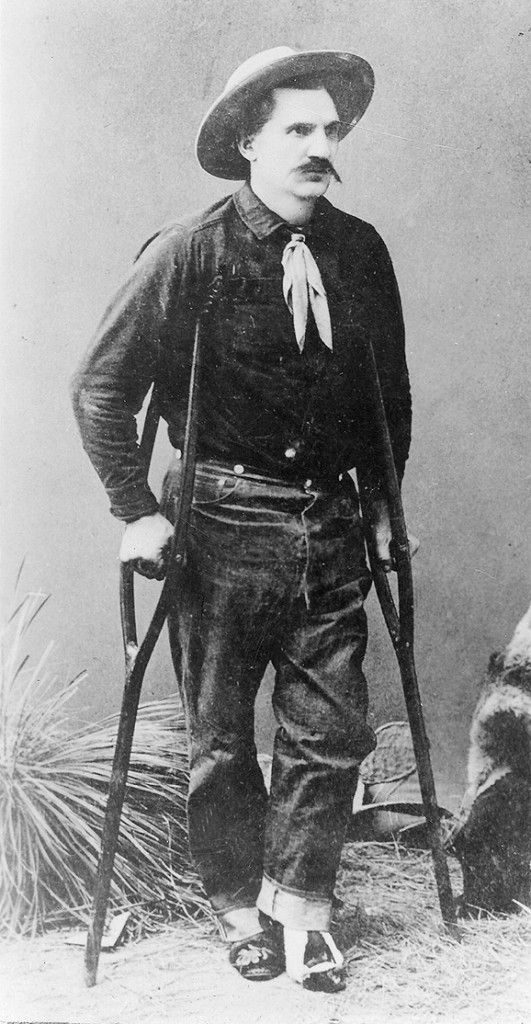 The great scout Al Sieber never forgave The Apache Kid for the crippling wound he suffered due to the Kid’s neglect of his duty.

The injury would cripple the scout for life. It wasn’t the Kid who shot him, but Sieber held the shooting against him and never let go the grudge. The Kid bolted unarmed and made his getaway. He was on the lam for a short time, then turned himself in. He and his compadres were tried and sentenced to prison. Sheriff Glenn Reynolds escorted the scouts in a stagecoach headed to Yuma Territorial Prison. Enroute, they made a break, overpowered their guards and took their guns and shot Reynolds in the face. (One of his killers took Reynolds’ engraved watch. Mexican Rurales under Col. Kosterlitsky would later find the watch on an old Apache they killed and return it to the sheriff’s family).

One of the guards survived to swear that the Apaches would have killed him if Kid had not intervened.

The Apache Kid escaped into Mexico. 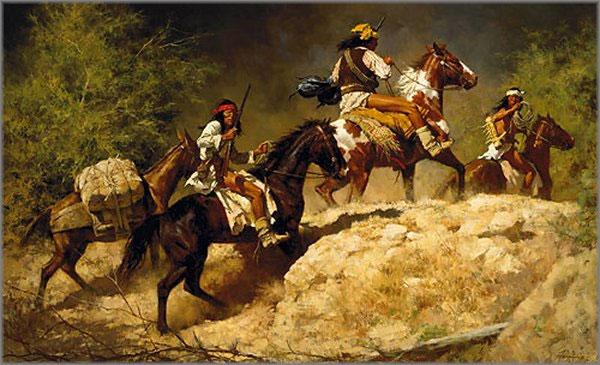 Well into the 1890s, The Apache Kid would ride as an outlaw, mostly in Mexico. Sometimes he rode with Massai; sometimes with bands of young renegades; often he was a lone wolf — and a killer. While he couldn’t possibly be responsible for every crime and atrocity attributed to him in the Mexican borderlands, there is no doubt that once he turned outlaw, he became vicious and deadly.

Like Massai, he would occasionally kidnap a woman to keep his camp and warm his blankets. Unlike Massai, he did not kill the women when he tired of them, but sent them back to the San Carlos Reservation.

Ace researcher Lynda Sanchez believes she has traced a daughter of Apache Kid. She believes that Guadalupe Fimbres Muñoz, a Sierra Madre remnant Apache captured and raised Mexican, was Kid’s daughter — and the visual evidence alone is hard to gainsay. 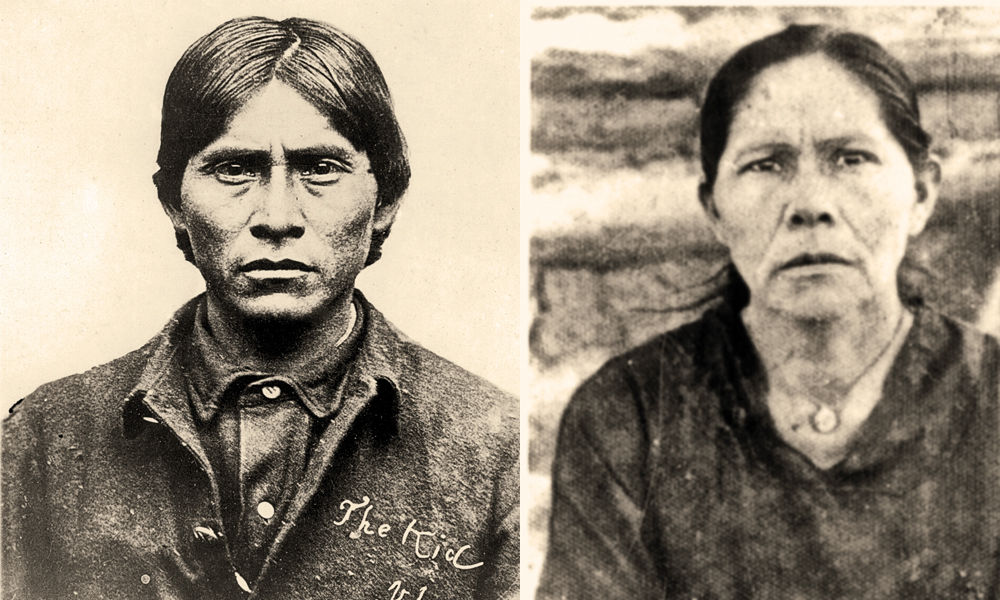 The Kid’s ultimate fate has remained a mystery. Some believed that a skeleton found in an Arizona cave was his. Others believe he lived into old age in a Sierra Madre hideout.

Sanchez, in a recent True West Magazine article, makes a compelling case that he met his demise at the hands of Mormon ranchers in Mexico, while leading a group of Sierra Madre remnants. The Apache — who had killed several Mormons over the years — had raided a ranch in Colonia Pacheco and stolen substantial foodstuffs. A posse caught them just as they broke camp. The ranchers concealed themselves behind a rock outcropping and fired upon a group of riders as they approached, killing a woman and the leader, and also a child that was strapped to the leader’s back.

“Everyone in the posse took notice of a pair of binoculars taken from the Apache’s body. The Apache Kid always carried them from the time he was a scout, and no other Sierra Madre Apache had been found with them. Only a few leaders, including Geronimo, had access to field glasses. The year was not 1886, however, and the surrender was long past. It was November 11, 1900, and yet another encounter with renegade Apaches, by Mormon settlers, had played out with bad luck for those who rode with El Chivito’s  band…

“…the men believed they had gotten their man—the Apache who murdered members of the Thompson family in 1892 and rode roughshod for years over settlers in the rugged Sierra Madre Mountains and along the restless U.S.-Mexico borderlands.”

I have always found the story of The Apache Kid especially poignant: the bitter rupture of his friendship with Sieber; the contending cultural values and conflicting duties that whipsawed him; the descent from respected Sergeant of Scouts to hunted murderer… It’s all pretty damned tragic — one of all too many tragic tales out on the Red Road.