“To the rear of the Whitley’s bomb bay lay a large metal tube, packed full of weaponry: 2 Stens, 14 Lugers, 640 rounds of ammo and 20 commando fighting knives – arms for Operation Grouse. The prospect of combat didn’t discomfit Einar Skinnarland greatly. But right now he was scared. It was plummeting through the bomb bay into the howling darkness that struck terror into him.”

“Courage is not the absence of fear, but rather the assessment that something else is more important than fear.” – Franklin Delano Roosevelt

I grew up among World War II veterans, many who had seen brutal combat, guys with medals and purple hearts and multiple surgeries from wounds, one who’d been blown out of the sky into being abused in a German prisoner of war camp. Thrilled by the accomplishments of these heroes, I’d read volume after volume about World War II combat, and how the Allies beat the Nazis, Italian fascists, and Japanese. I read until I just couldn’t read about that war anymore. Then as a young adult I read John Steinbeck’s 1942 novel The Moon Is Down, about a Nazi-occupied Norwegian town. And I never forgot the horrible, soul wrenching act of Molly Morden, whose husband the Nazis had executed.

Through it all, I never wondered why the Germans invaded Norway. Why did they expend material and personnel occupying that nation in the frozen north? Then recently I discovered a book that not only tells a major reason why, but recounts several of the most extraordinary missions of World War II or of any war. For in March 1942 “there was a growing sense of urgency at England’s Special Operations Executive (SOE) headquarters. A highly reputable source in Stockholm reported that ‘the Germans are well underway with the manufacture of the uranium bomb. Through the power of one bomb a whole town can be leveled.’”

As “uranium atoms break apart they shoot out neutrons that in turn split other atoms.” But the process works much better “if the neutrons are — somewhat paradoxically — slowed down!” A substance called heavy water “has the capacity to curb the neutron’s excess energy.” Heavy water is H2O, but the hydrogen atoms “are weightier, possessing an extra neutron.” And the Norwegian company Norsk Hydro was manufacturing heavy water at Vemork as a side project without having a known purpose or market. So “the company was surprised when the first significant demands for heavy water came from Nazi Germany.” Winston Churchill’s Canadian advisor William Stephenson sensed what the Nazis were up to. He urged Churchill to deny any more heavy water shipments from Norway to the Nazis. “Should Germany seize Norway, the SOE would have to get a force into the area and blow the plant sky high.” 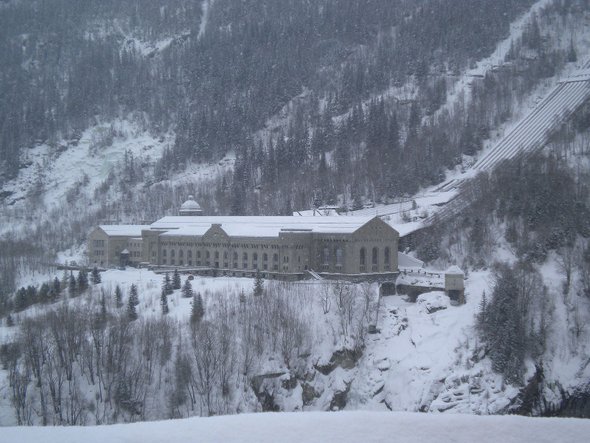 The Vemork plant looks like something out of a James Bond thriller.

British author Damien Lewis recounts the resulting astonishing commando actions that thwarted Hitler’s nuclear ambitions in Hunting the Nazi Bomb: The Special Forces Mission to Sabotage Hitler’s Deadliest Weapon (2016). For on April 9, 1940, Germany did indeed invade Norway, completing its takeover on June 10th despite partisan resistance. Churchill made it clear: the Nazi development of an atomic bomb must be stopped.

The sabotage forces required British commandos and escaped Norwegian partisan resistance fighters because the Vemork plant was on the edge of the Hardangervidda plateau: 2,160 “barren and largely uninhabited” square miles regularly hammered by “terrible ice storms” and days-long blizzards. “There was little food, shelter, or means of creating warmth, for the windswept plateau was largely bare of woodland.” No railroads, not even roads. Aside from occasional hunter’s shack, it was a remote wilderness. Rugged Norwegians who knew how to move and survive on the Hardangervidda were essential if sabotage teams were to succeed.

Lewis tells in exciting details the drama and suspense around the three missions to destroy the Vemork plant. They required terrifying night insertions via parachuting. Once the commandos were on the ground, determining location, finding the supplies, weapons, and explosives also parachuted, and gaining the safety of a hunter’s cabin were just the start of missions in which “their chances of surviving were not considered high.” All did not go well. An advance party got marooned in a cabin separated from food supplies. Despite attempts at hunting, they were starving to death. But one successful reindeer kill finally saved them until another attack team parachuted in. 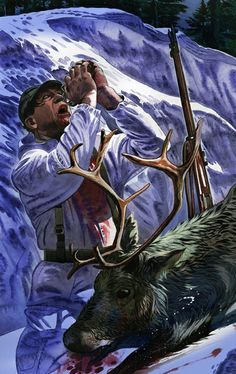 An attempted landing of commandos by gliders was disastrous, with many killed upon crashing, survivors captured, and summarily executed. Some of those captured were sent to prison camps. Few survived the war.

The details of communications from partisan Norwegian spies, scouting approaches to the plant, the actual impossibly dangerous covert attacks, and the not always successful escapes make up the story one of the grandest enterprises in the history of warfare. As one example of dozens, the backcountry skiing of the men was extraordinary – carrying enormous loads of explosives, weapons, food, etc. And especially so the solo escape by Claus Helberg in a “life-or-death race” from Germans with fresher legs chasing him. Helberg skied almost 50 miles that day – the last half of it under unrelenting pressure from his pursuers, one of whom approached so close that Helberg had to shoot him with his Colt .45 – the only weapon he had. Helberg’s subsequent implausible escape to Sweden via cunning, chance, and luck surpasses even that of the escape of Winston Churchill from a Boer prison forty years before. 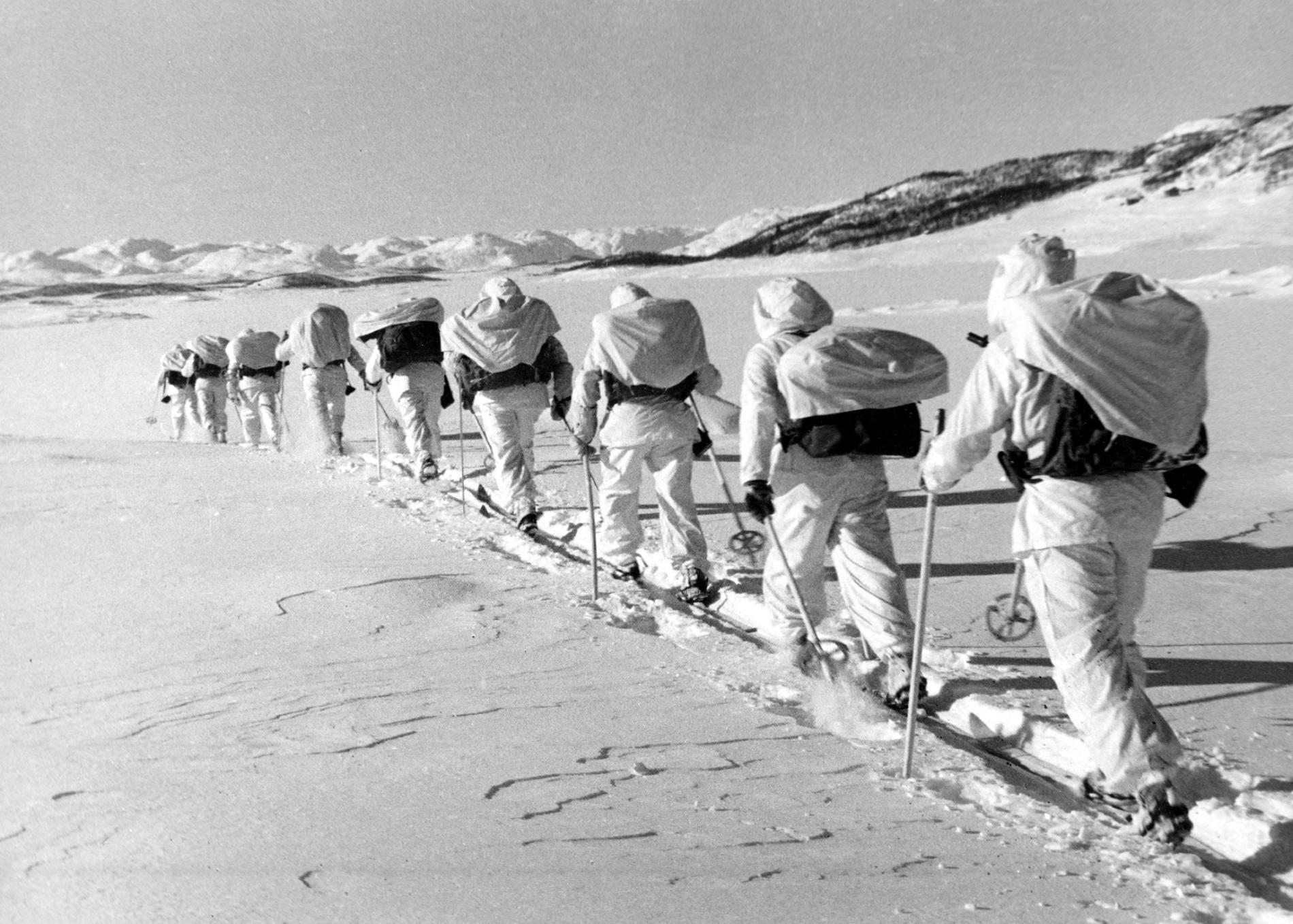 After destroying the plant, one last act of heroism proved necessary. For the Germans tried to ship out the stores of heavy water they already had. Norwegian Knut Haukelid stepped up. In an act for which “he rated his chances of survival at about zero,” he snuck onto the boat and set explosives to go off at the deepest part of the lake, in order that retrieval would be impossible. Haukelid slipped away. The next morning — February 21, 1944 — the ship exploded and sank right where intended. Haukelid escaped to Sweden. Churchill’s advisor William Stephenson wrote, “If it had not been for Haukelid’s resolve, the Germans would have had the opportunity to devastate the civilized world. We would be either dead or living under Hitler’s zealots.”

Editor’s note: Two years ago we had as a New Year’s Eve guest a young woman who was an exchange student  from Norway. She was thrilled to know that some Americans at least are aware of the heroic deeds of her countrymen. Norwegians are justly proud of these intrepid souls.

Previous Post: « Barrel From The Bar, Stock From The Tree
Next Post: Pulpy Goodness And A Cherry Bounce — Working The Trapline — January 2019 »