There are so many stories of frontiersmen covering prodigious amounts of territory under extreme duress that it’s become a trope — the stuff of cinematic drama. Mountain Man Hugh Glass’s ordeal was the basis for the Oscar-winning The Revenant. John Colter’s run for life from the Blackfeet was transposed into an African setting for The Naked Prey.

And who can forget all the trail running in Last of the Mohicans, propelled by that magnificent score?

The 1936 novel Drums Along The Mohawk portrayed Ranger Adam Helmer’s epic run to warn settlers of a raid by Joseph Brant’s Iroquois warriors and Loyalist fighters — which John Ford blithely gave to Henry Fonda’s lead character Gil Martin in the 1939 movie, turning it into a run for reinforcements.

Strangely Helmer’s Run is little marked in Frontier Partisan history, reduced to a local legend of the Mohawk Valley.

John Adam Helmer was a young farmer in his early 20s when the conflict that would become the American Revolution broke out in 1775. In the Mohawk Valley of New York, the conflict was a civil war, pitting neighbor against neighbor and rupturing the League of the Iroquois. Helmer’s family were of Palatine German descent and staunch Patriots — “rebels” if you were on the other side of the fence. Helmer was enlisted in the militia, holding the rank of lieutenant. Of average height and of lean and athletic build, he was noted for his endurance and was tapped for scouting and ranging duties — patrolling and serving as a courier on the Mohawk Valley frontier. 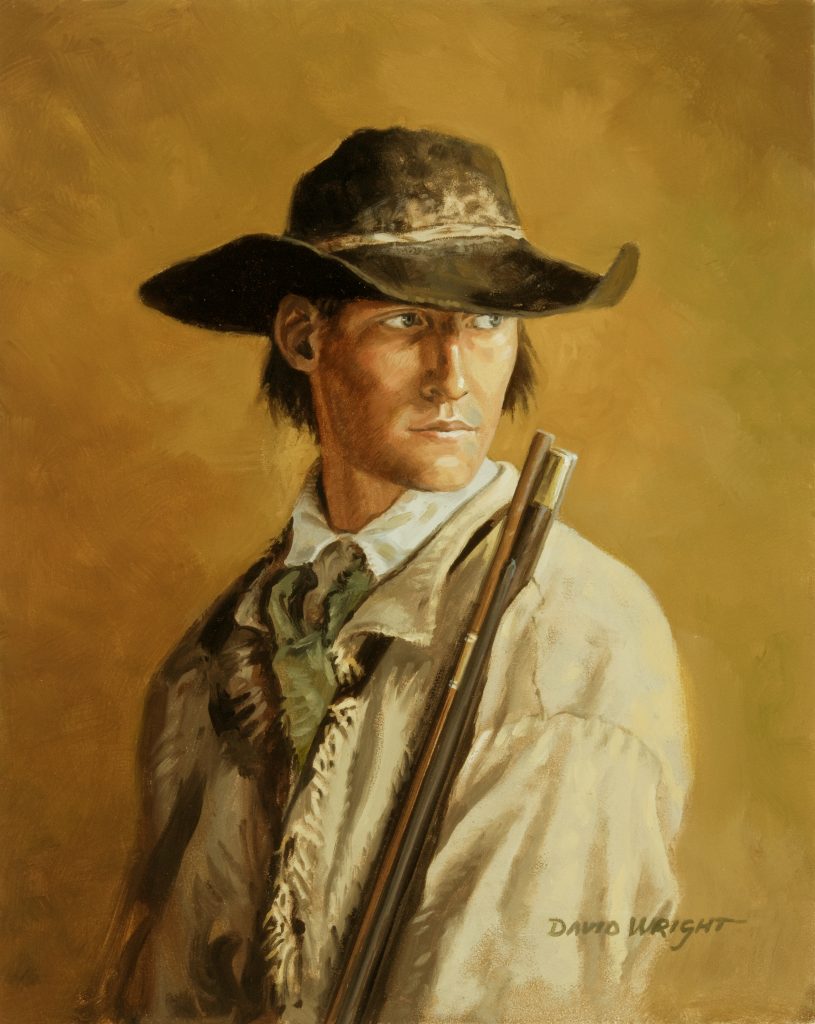 Young frontiersmen of the likes of John Adam Helmer served as scouts and rangers in the Mohawk Valley of New York.

In 1777, the British launched a force down the Mohawk Valley from the west, in support of General John Burgoyne’s campaign down the Hudson Valley, designed to cut off the New England colonies and end the rebellion.

The British force laid siege to Fort Stanwix at the western end of the Mohawk Valley, and the Patriots mobilized a large militia contingent under General Nicholas Herkimer to march to the fort’s relief. Helmer’s father and brother marched with the militia, while Adam was one of three couriers tasked with notifying the Stanwix garrison that help was on the way.

Helmer’s trek was arduous, taking him across rugged, boggy terrain, but the assignment may have saved his life. On August 6, 1777, Herkimer’s militia entered a ravine east of Fort Stanwix — and walked into a kill zone set up by Iroquois and Loyalist Rangers. The ensuing battle was fought at point blank range in a forest thicket, with the combatants often engaging hand-to-hand with bayonet and tomahawk. Oriskany was probably the bloodiest and most intense combat of the Revolutionary War. The Patriot militia was badly mauled — and Helmer’s brother and father were numbered among the Patriots’ 385 dead. 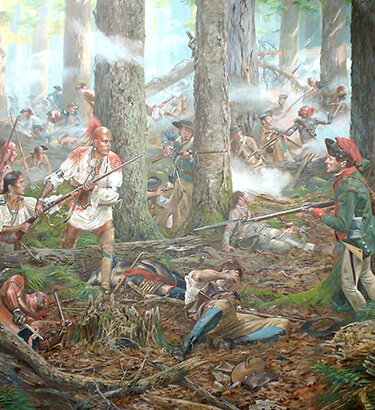 The Battle of Oriskany, portrayed here by the great Don Troiani, was some of the most savage fighting of the Revolutionary War. It pitted Loyalist and Patriot neighbors against each other, and Patriot-allied Oneida Iroquois against their brethren.

The battle — which deserves a post of its own — was a clear tactical victory for the British, but they lost the strategic advantage and lifted their siege of Fort Stanwix. A bereaved Adam Helmer returned to the German Flatts community of the Mohawk Valley where he resumed scouting duties out of Fort Dayton. 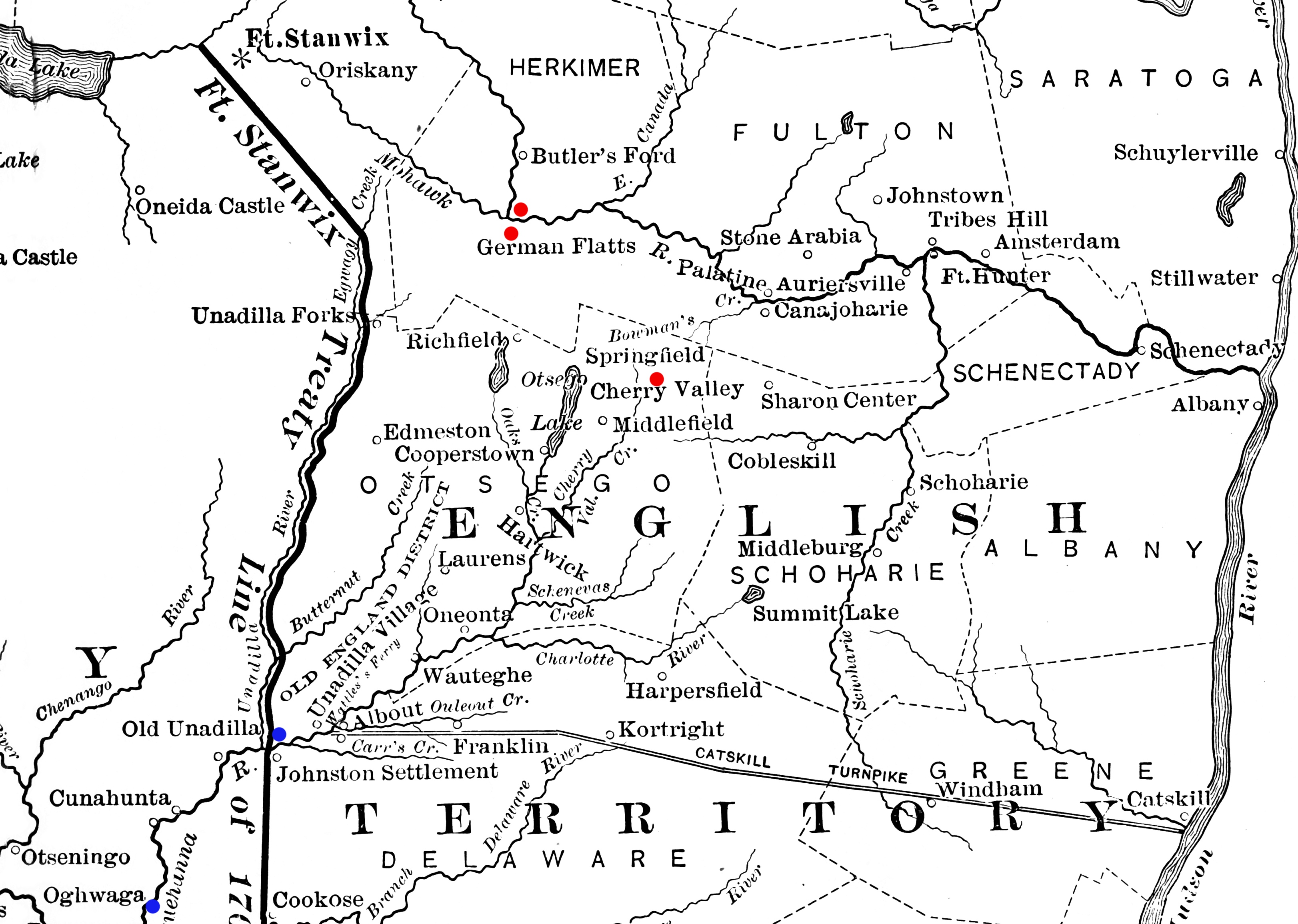 In September 1778, Lt. Helmer led an eight-man recon patrol southwest into the Unadilla River Valley to investigate rumors that the Mohawk War Captain Joseph Brant (Thayendenegea) was in the area and moving north. Helmer’s patrol verified the presence of the enemy alright — in the most painful way. While pausing at a fine spring on the Carr Farm, Helmer’s patrol was jumped by a large contingent of Brant’s men. Three scouts were killed outright and the others scattered. Helmer managed to escape and evade — then launched himself over the heavily wooded hills to warn the settlers of German Flatts.

Helmer first ran to his sister’s farm, where he warned his family members to flee to the fort. After securing fresh moccasins, he trekked on, bushwhacking cross country and warning outlying settlers to “flee for your lives.”

Accounts vary as to how far Helmer ran — 17; 26; 30+ miles. Regardless, it was an arduous run. When he got to Fort Dayton, he was badly torn up from busting through the underbrush, and he collapsed into a sleep that would last 36 hours. His labors were not in vain.

Brant’s force, which included a contingent of Loyalist Rangers led by the highly capable Captain William Caldwell, fell on German Flatts like a storm, burning 63 houses and 59 barns filled with grain that was vital to the supply of General George Washington’s Continental Army. Hundreds of horses, sheep and cattle were carried off or killed. However, only two citizens died in the raid.

The community had forted up, and the raiders didn’t have the heavy weaponry needed to breach the defensive works.

Captain Caldwell later reported that his men “would have in all probability killed most of the inhabitants of German Flatts had they not been apprised of our coming by one of the scouts getting in and warning of our approach.” Caldwell thought that, had they maintained the element of surprise, his force would have “perhaps got to their forts.”

Helmer, who slept through the raid, had saved German Flatts from annihilation.

Three days after the raid, Helmer retraced his route with another patrol, which found his three dead scouts at the spring at Carr Farm. They were buried where they fell, and a marker stands at the spot to this day. The fate of the other five members of the Helmer Patrol remains unknown. 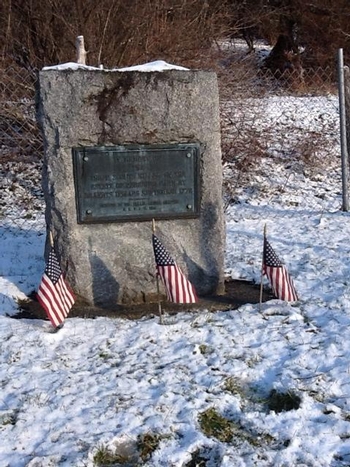 In Memory Of Three Scouts.

Adam Helmer continued to serve in New York’s militia levy. He farmed in the Valley and sired 10 children with his wife Anna Bellinger, an “ordinary” citizen of a fertile land he helped to hold with blood, toil, tears and sweat.