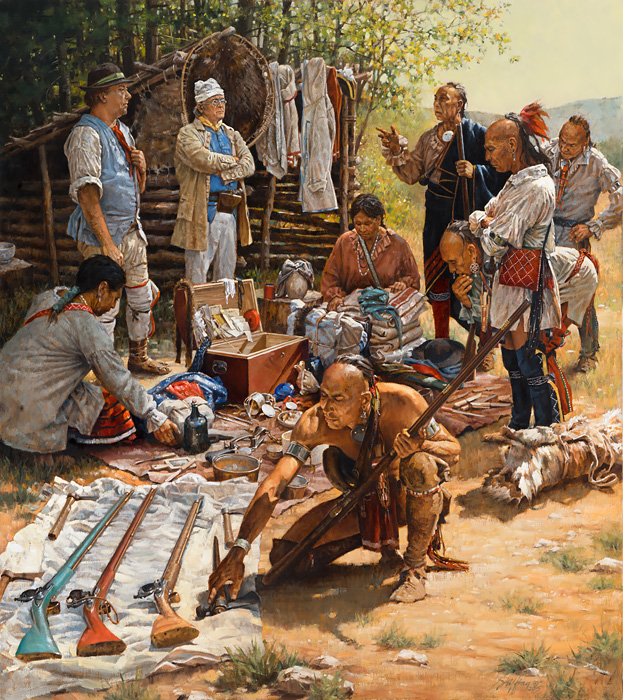 Conflict over trade was the driving engine of history in the Ohio Valley. Art by Robert W. Griffing.

Charles-Michael Mouet de Langlade was an all-time badass Frontier Partisan. When the simmering tensions between France and Great Britain erupted into the epic French & Indian War in 1754, he would prove himself to be France’s finest wilderness warrior, dueling with the legendary Rogers Rangers in the Lake George region and fighting in the decisive battle on the Plains of Abraham, where General James Wolfe defeated General Montcalm and won North America for Great Britain.

In 1752, he was 23 years old, already blooded in inter-tribal combat and schooled as a French cadet. He was deeply enmeshed in the Fur Trade and the Catholic French- Anishinaabeg community of the Great Lakes. 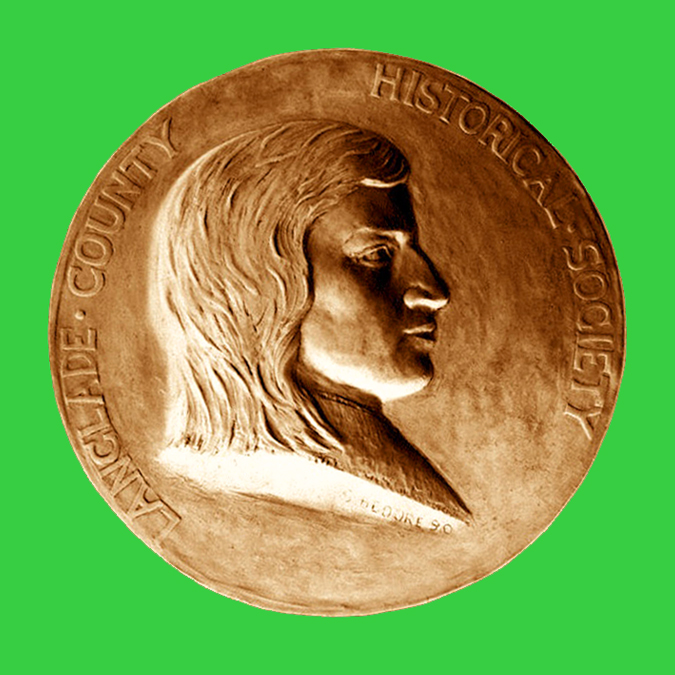 As Michael A. McDonnell notes in Masters of Empire: Great Lakes Indians and the Making of America:

He was in a perfect position to help push a pro-French agenda among his Indian kin.

Langlade and his kinfolk spent the winter of 1751-52 recruiting fighters to quell the rebellion of the Miami chief Memeskia, who had established a pro-British trading village in west-central Ohio at Pickawillany. In June, he led 270 Odawa, Ojibwe and Potawatomi warriors south to take care of business. About thirty of his force backed out when word came to Detroit that the Miami had been hit by smallpox, a dreadful scourge among the native peoples of North America. But the remaining 240 travelled swiftly on, and came upon the outskirts of Pickawillany in the early morning hours of June 21, 1752.

The Miami rebels knew an attack was coming. In fact, Langlade had made a point of letting the country know that he was on his way. By the time his force arrived at Pickawillany, many of the inhabitants had slipped away. They may have preferred British trade goods, but they weren’t willing to die for them.

Memeskia, the haughty rebel, had only a handful of defenders.

When the women of the stockaded village came out into the cornfields, Langlade’s warriors swooped in and took them captive. In a sharp skirmish, they killed as many as 13 Miamis. Some Englishmen forted up in cabins on the outskirts of the village, but they were men of commerce, not war, and they surrendered rather than fighting to the death. Langlade figured he didn’t need to assault the fortified but lightly-defended village. He negotiated.

He demanded submission, but on attractive terms; he would allow the rebel Miami safe passage if they simply surrendered the English traders in the village, returned to their former homes and became again friends and trading partners of the French.

Those in the stockade, facing so many attackers, appeared to comply. They thought it better to deliver up the English and their supplies of beaver and other goods than to risk annihilation. But both sides failed to honor the agreement. The defenders sent out only three of the five Englishmen they were holding. One of them was a blacksmith who had been wounded in the fighting. Langlade’s forces immediately set on him, stabbed him to death, scalped him and ripped his heart out. They ate it in front of the defenders. 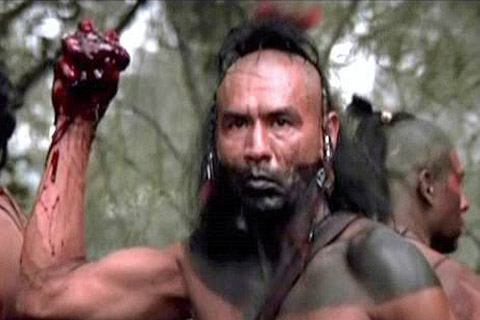 Care for a bite?

They also somehow managed to seize Memeskia and drag him out of the stockade. Ordering the rest of the defenders to stand along the wall and watch, Langlade and his allies then killed, boiled and ate Memeskia in front of his family and kinsmen.

This gruesome act — one that McDonnell argues was basically a political assassination — had multiple purposes. The Anishinaabeg, though partly Christianized, still occasionally practiced ancient rites of cannibalism as a means of absorbing the power of their enemy. And Langlade surely understood that the act he had perpetrated would reverberate all through the Ohio Country. It did. In the face of the terror attack of 1752, the rebellion inaugurated by Memeskia and his kin collapsed. English traders fled the region and the French moved back in in force, establishing Fort Duquesne on the Forks of the Ohio in western Pennsylvania.

In 1754, another young soldier named George Washington would move to contest this establishment, and impetuously touch off a world war.

Washington’s skirmishes in the woods are traditionally seen as the beginning of the decisive French-British conflict of the 18th Century, but a case could be made that the war was made inevitable when Memeskia went into the pot at Pickwillany.