I grew up in a small coal-mining town in Pennsylvania where Belsnickle visited my second grade class. It was just before Christmas in the late 1950s. My classmates and I got very quiet when a white-bearded man strode into our classroom. His face was nearly hidden under a furry hunter’s cap. Candy canes and twigs bulged from the pockets of his long, shaggy coat and jingle bells adorned his walking stick.

“Make good choices,” said this Belsnickle in a heavy, German accent, “and you get candy. But if you don’t, then switches you will get!” he roared.

Thank goodness, we all got candy from that Belsnickle. 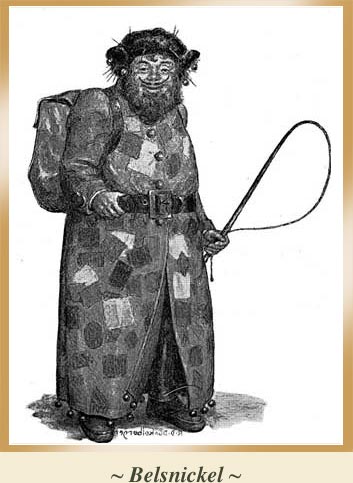 I’ve been having a fine time delving into some of the Old European Yuletide Magick. It will surprise none of you to learn that I get a charge out of the ancient understanding that the Yule season has nothing at all to do with schmaltzy mall muzak and ordering up “stuff” from the great Fulfillment Machine in the sky. Give me the Wild Hunt any night (as long as me and mine are snug in our cabin) and the clatter of Krampus’ cloven hooves rattling down the cobblestones.

Oh, and say hello to the Belsnickle. He belongs here. He’s a frontier Christmas spirit.

Belsnickle came over to North America with the Palatine Germans in the 18th Century. This was the first great German migration to what would become the United States and, like the Scots-Irish, the Palatines who landed in New York and Philadelphia headed west. They were not as rough or fractious a bunch as the Scots-Irish — they were orderly Germans after all — but they were very much a frontier people, at least at first. As a general thing, they didn’t rove the Scots-Irish seemed compelled to do; once they settled, they settled. Those that settled in the hinterlands of Pennsylvania were called the Pennsylvania Dutch (a corruption of Deutsch).

Many of those German or Pennsylvania Dutch frontier folk were hunters — and some were frontier rovers. A goodly number of the great Long Hunters — take Michael Stoner and Kaspar Mansker as a couple of examples — were of German extraction. The Wetzel brothers were of German Swiss origin. The point being, the Germans had their share of Men of the Woods. And Belsnickle is of their kind.

Belsnickle served St. Nick as a scout, dressed in furs and skins and as dirty as one would expect from a forest-lurking faerie creature who lived under hedges and in hollow trees.  He’s the one who handled the recon to spy out whether the kiddies were naughty or nice. And the naughty ones got a switching. That was his job, too.

The tradition obviously persisted into the 1950s, as my friend Marlene recounted. And I think it’s high time we gave the old fellow a new turn on the holiday stage. After all, Krampus, the Christmas demon, has made a major comeback, becoming quite the counter-cultural Christmas figure.* Personally, I like the idea of a rougher, wilder, less sanitized holiday and I welcome a visit from a cranky old German woodsrunning faerie in his stinky skins and fur cap. He is our people… 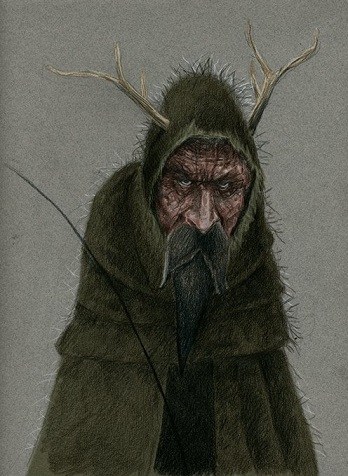 *HP at Hillbilly Highways recently served up a review of Brom’s Krampus the Yule Lord.

Brom’s Krampus is “dark fantasy and southern gothic set in meth-ravaged West Virginia and owes more to writers like Ron Rash and Daniel Woodrell than Stephen King.  All set against a pagan, Norse mythology.  If that sounds like it’s up your alley, you’ll love it.  If it doesn’t?  You’ll probably still love it.”

Brom loots mythology like a berserk Viking, turning it to his own creative ends. Brom’s own version of “Belsnickles” play a role — and three of them are Shawnee. Oh, hell yes…

Here’s to the Old, Weird Christmas. 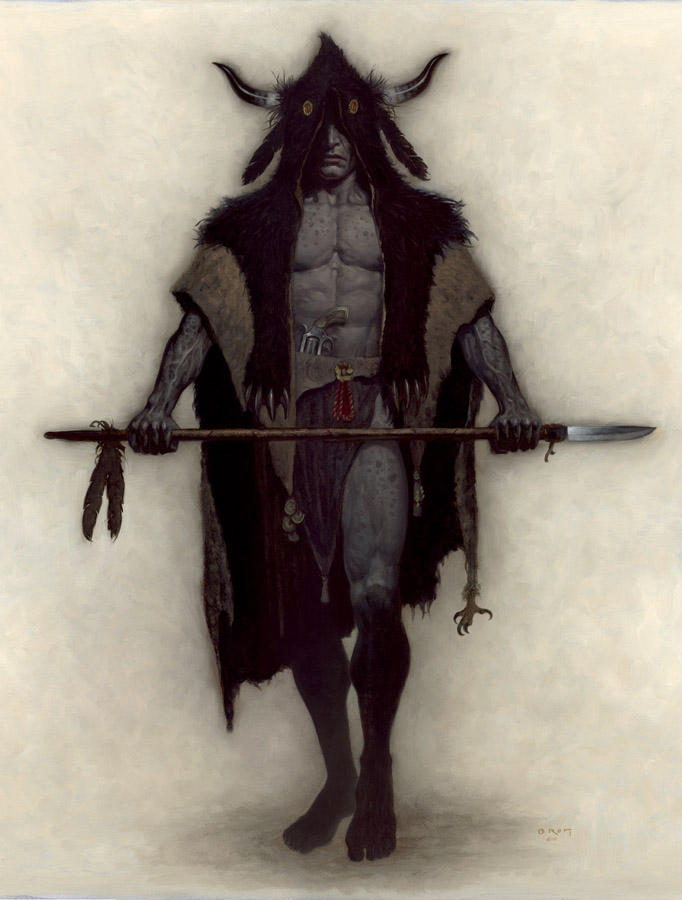 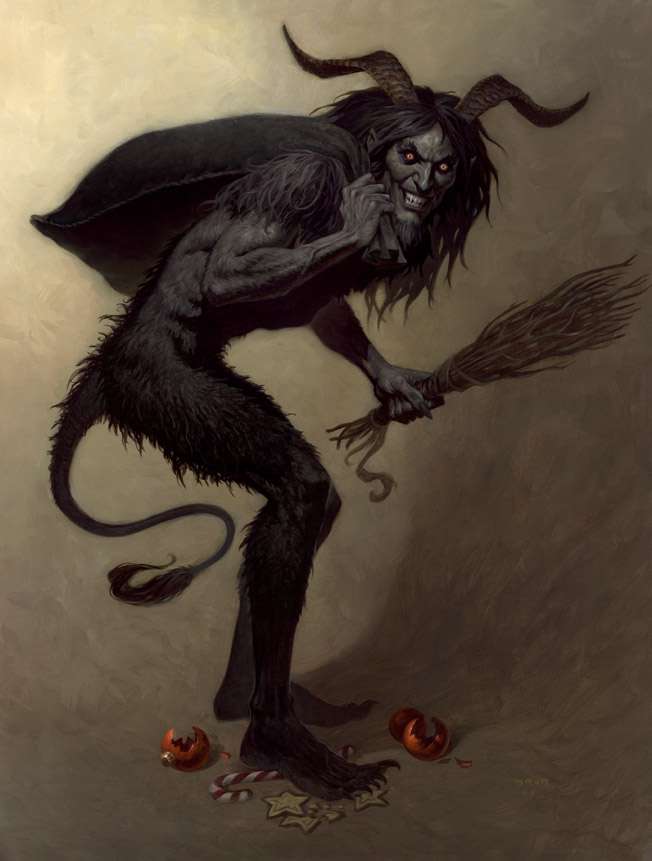