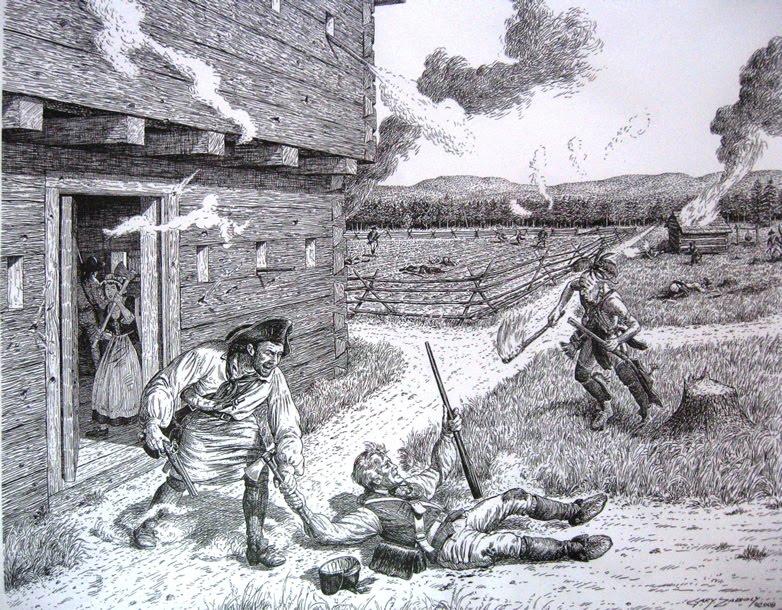 A fortified blockhouse comes under attack during a British/Iroquois raid in the Mohawk Valley in 1780. Art by Gary Zaboly.

The frontiers of New York saw some of the most savage and intense irregular warfare of the American Revolution. Though it runs counter to deep-seated American stereotypes, the British forces were the most effective irregular Frontier Partisan fighters on those blood-soaked borders.

The Revolutionary War in Upstate and Western New York was, like the war in the southern backcountry, a bitter civil war, pitting pre-war neighbors against each other. The politics of the region at the outset of conflict in 1775-76 were tangled and complex, with loyalties determined more by personal and family ties and economic interests than ideology. But ideology mattered. Those who remained loyal to the British Crown believed just as strongly as the Patriots who supported the rebellion that they were defending life, liberty and the pursuit of happiness. (It was a tragic civil war for the Six Nations of the Iroquois, too, with the Oneida joining the Rebel cause  — a subject for another post).

Many of the Loyalists, among them some of the most prominent citizens of the fertile valleys of rural New York, were forced to flee to Canada ahead of arrest and incarceration at the hands of revolutionary citizen committees. Others suppressed their political sentiments and stayed on — under a growing cloud of suspicion.

Those who fled formed several Loyalist regiments that would return to their homeland in campaigns and raids that scarred the Mohawk, Hudson and Schoharie valleys for a generation and more.

Probably the most famous (or notorious) of these units was Butler’s Rangers, raised by John Butler and his son Walter, who had been active in the British Indian service before the war. Their effectiveness, and their involvement in several devastating operations earned them a black chapter in Patriot history. 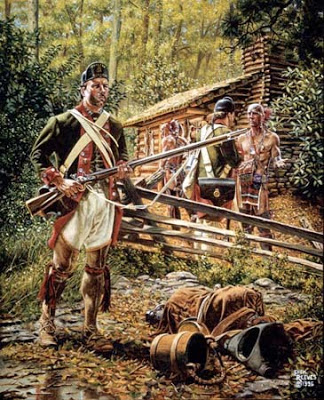 Butler’s Rangers were perhaps the most effective special operations/light infantry force in the Revolutionary War.

Butler’s Rangers often operated in concert with Brant’s Volunteers, a mixed force of Iroquois and white Loyalists led by the Mohawk militant captain Thayendeganea, better remembered as Joseph Brant. The Butlers’ force was a regularly constituted British military unit; Brant’s force was a true irregular force, though the British eventually took over responsibility for provisioning them. 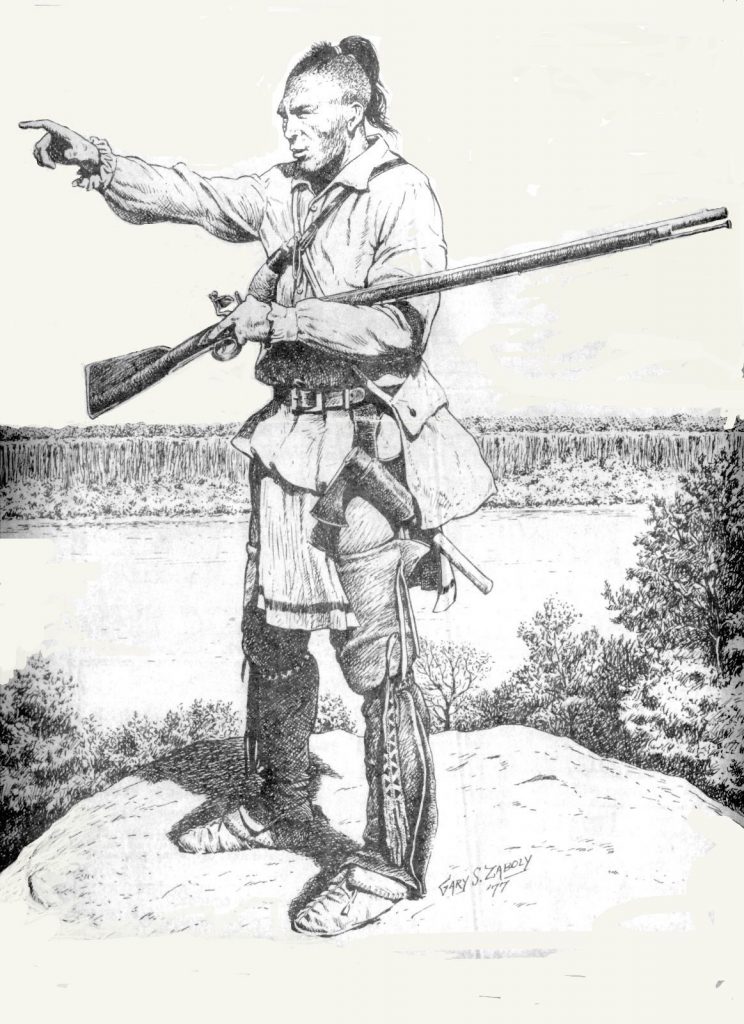 Sir John Johnson raised the King’s Royal Regiment of New York. Johnson was the son and heir of Sir William Johnson, the remarkable Irishman who was the Crown’s Superintendent of Indian Affairs, Northern District, through the French & Indian War and Pontiac’s Rebellion. Sir William died in 1774, leaving it to his son to navigate the shoals of rebellion and revolution. 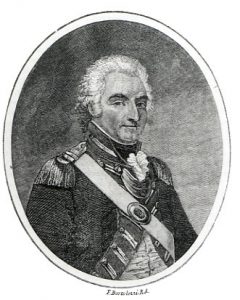 Though overshadowed by his father, Sir John was a remarkable man in his own right. His escape from the Mohawk Valley in 1776 is a tale of hardship and woe — like most of his life.

Ace Canadian Loyalist historian Gavin K. Watt lines out Johnson’s story quite well in The Journal of the American Revolution. The title of the article says it all: Sir John Johnson — Hard Luck Baronet.

Johnson led two deep-penetration raids into the New York valleys in 1780. The strategic purpose of the raids was mutifold: The valleys were a vital supply source for the Continental Army of General George Washington; destruction of farm stores had a direct impact on the well-being and effectiveness of that force. Deadly incursions forced the Americans to keep militia forces in the north, instead of allowing them to support Washington or the campaigns in the south. Johnson also meant to bring relief to the stay-behind Loyalists, who were coming under increasing pressure from revolutionary Patriots as the war dragged on and the bloodshed and destruction created deep grievances.

The fall raids, of which Johnson’s was but a part, were especially effective. As Watt notes in his extraordinary book The Burning of the Valleys:

In October, without benefit of modern transportation, communications or navigational aids, four coordinated raids, each thoroughly examined in this book, penetrated deeply into American territory. The raiders fought skirmishes and battles, took hundreds of prisoners, burned forts, farms, and mills and destroyed one of the finest grain harvests in living memory.*

The raiders also spirited away several hundred Loyalists for whom staying in New York was no longer tenable. The raids of 1780 did not constitute a major campaign — but they were nonetheless a very big deal.

Historian Michael Aikey, also writing in The Journal of the American Revolution, observes that:

In 1780 the tempo of British military operations in upstate New York increased significantly. Beginning with an Indian raid on Little Falls in the upper Mohawk Valley on March 15, a near monthly succession of British incursions would roil the Mohawk, Schoharie, upper Hudson and Champlain valleys until late October. Despite the fact that the bulk of Britain’s military might shifted south in 1778 searching for that elusive decisive victory, more upstate New Yorkers would find themselves in greater direct peril in 1780 than when St. Leger and Burgoyne plodded with their armies through the wilderness in 1777. As a result of these British incursions, the borders of New York’s western and northern frontier would, by the end of the year, contract uncomfortably close to Schenectady and Albany.

The raiders were outstanding light infantry troops. Their morale and determination was high and their ability to move undetected and strike swiftly and with great kinetic force is right in the best tradition of special operations. 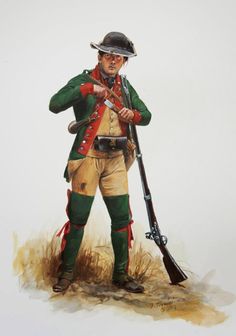 Of course, it was a nasty business. This was savage, terroristic warfare, and it left a bitterness that the end of the war could not erase. One could argue that the Loyalist rangers and the Iroquois “won” the war on the New York frontier, but that availed them naught. When peace was agreed, there was no chance that they could return home. The violence of the conflict rendered them permanent exiles. Those who served in the ranging units of the war would become founding fathers of a newly self-conscious though still unofficial “nation” of Canada.

* In a just world, Gavin K. Watt would be as rich and famous as George RR Martin — and there would be a megahit HBO show about the Revolution on the New York Frontier.

Watt, a retired packing industry exec, has produced an extraordinary series of books covering the American Revolutionary War on the Northern Frontier from 1776 to 1782. Coming at the campaigns as  Canadian military historian, he has restored balance and perspective to the portrayal of the Loyalist forces that fought so ardently and effectively in those campaigns. These were masters of the Ranging Way of War, pioneers of special operations, and deserve to be remembered as such. 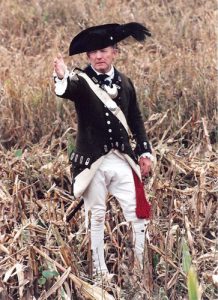 Watt is a hard-core re-enactor, and his field experience gives him valuable insight to the tremendous challenges of 18th Century wilderness campaigning.