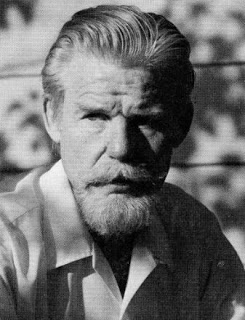 I have often said it was Robert E. Howard who inspired me to write. That’s true enough — but there was another one. His name was Henry Wilson Allen, but I didn’t know that back when I was devouring his books. I knew him only by his pen names: Will Henry and Clay Fisher.

Will Henry was, like Howard, among the first writers whose style I noticed, who made me want to do what they did.

Will Henry wrote Westerns, but even as a young teenager, I understood that his were a long cut above the run-of-the-mill.  I liked Louis L’Amour well enough, but I loved Will Henry. He’s probably best known for his novels “No Survivors,” about an ex-Confederate who is adopted by the Sioux and must make a choice of loyalties during the Great Sioux War, and “I, Tom Horn,” his own version of the autobiography of the infamous scout, detective and assassin. “MacKenna’s Gold” was a successful movie and is one of his better-known works.

There’s  an amusing interview with the maverick writer here.

I remember reading “The Fourth Horseman,” set during the Pleasant Valley War in 1880s Arizona, on a stormy weekend in Wrightwood, CA. The sense of oppressive doom the book conjured has never left me. I have ever since regarded that nasty episode with a particular sense of skin-crawling horror.

While not graphic by today’s standards, Henry’s Westerns were what folks like to call “gritty.” Bad things happen. Heroes aren’t all that heroic. Tough survivors, yeah, but not “good guys.” He had an affinity for the horseback tribes of the plains and for the Apache.

Kinda set my palate for James Carlos Blake and McCarthy and other writers of dark, literary Westerns.

I figured out that Clay Fisher and Will Henry were the same guy pretty early on; the style was unmistakable. He used “Clay Fisher” for shorter, pulpier Westerns; “Will Henry’s” books were more substantial. When reprinted today, they’re all under the “Will Henry” moniker.

Though he sold 15 million books, Will Henry is mostly forgotten today. While there’s a wide fandom for Robert E. Howard and even a level of scholarship devoted to his works, Will Henry languishes on the shelves of used book stores. He deserves better, but since when did “deserve” have anything to do with it? Let this stand as a small tribute to the other writer who tripped my trigger, way back when, and showed me some dark and wondrous trails to travel.