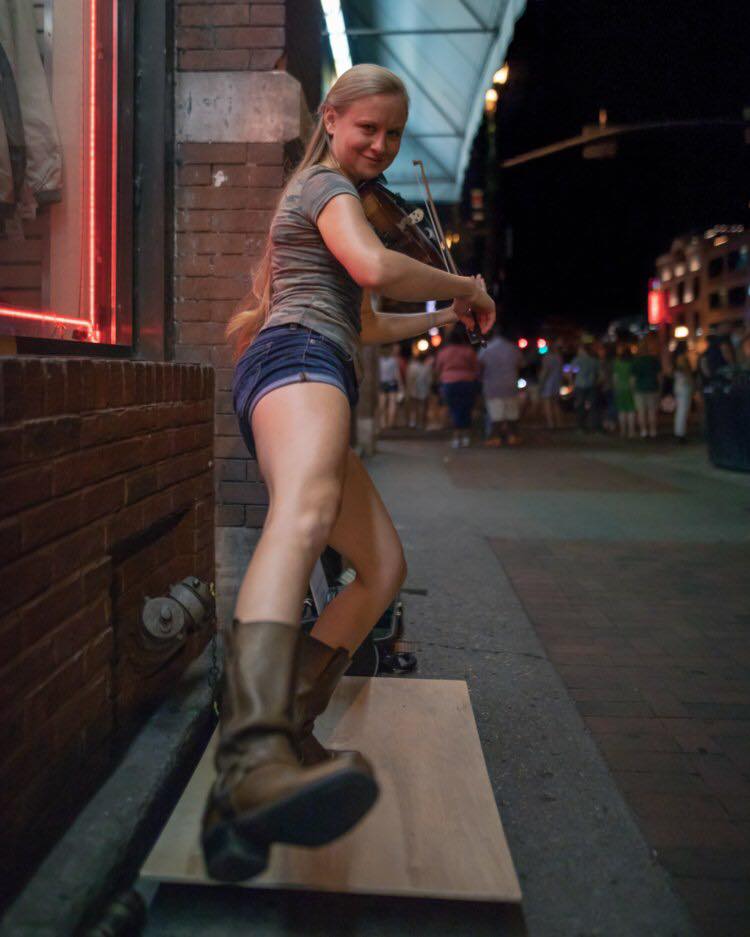 These days, I’m reluctant to plug in in the morning. Watching the Republic fray and flounder from the inside ain’t exactly edifying, y’know? The “news” is lame and depressing enough — checking the Facebook feed can, in my friend Craig Rullman’s parlance, make you want to shave off your eyebrows.

Every once in a while Hillary Klug comes across my feed and makes my day. This young lady fiddles and dances with such evident joy, serving up a hot slice of Americana that makes the foolishness and trouble of the day just fall away, at least for a few minutes. I mean, a sternwheeler and Stephen Foster — that right there is a bit of the Old Frontier made present. In style.

Ms. Klug is actually making a living busking, which is pretty delightful all by itself. Now, sure, it doesn’t hurt that she’s adorable — but she delivers on the fiddle-and-dance thang like nobody else.

The Tennessee-based musician calls the corner of Fourth and Broadway her work home. In addition to busking full time, she’s recording her debut album, “Fiddle Feet,” and she’s also filming a scene and recording the soundtrack for an independent film set to release next summer.

Her ability to draw enthused crowds with only her feet and fiddle has led to many awards, including the title of National Buck Dancing Champion, which she earned in July 2013 at the Uncle Dave Macon Days Old-Time Music Festival in Murfreesboro.

“The combination of the fiddling and dancing is what makes Hillary special,” says 53-year-old Jim Wood of Flat Creek, Tenn., Klug’s longtime fiddle instructor. “There are good fiddle players and there are good dancers, but I don’t know anybody in the United States who dances as well as she plays or plays as well as she dances.”

She’s doing a lot of traditional stuff, but she also has her own compositions that build on tradition — and y’all know how important making the past live in the present is in the Frontier Partisans weltanschauung. 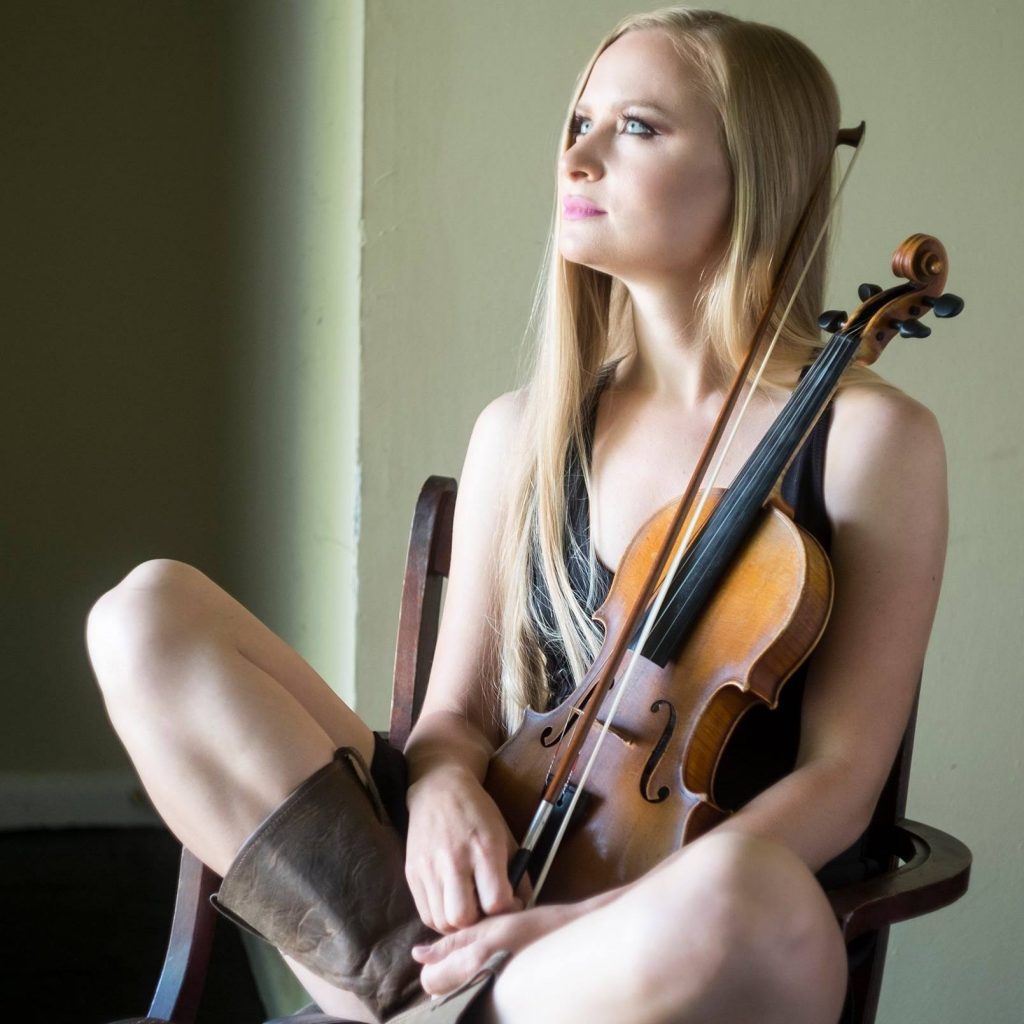 Check out her website here and you can also find her on Facebook. Starting the day out with a song and dance by Hillary Klug beats hitting the news feed first-thing by a country mile. 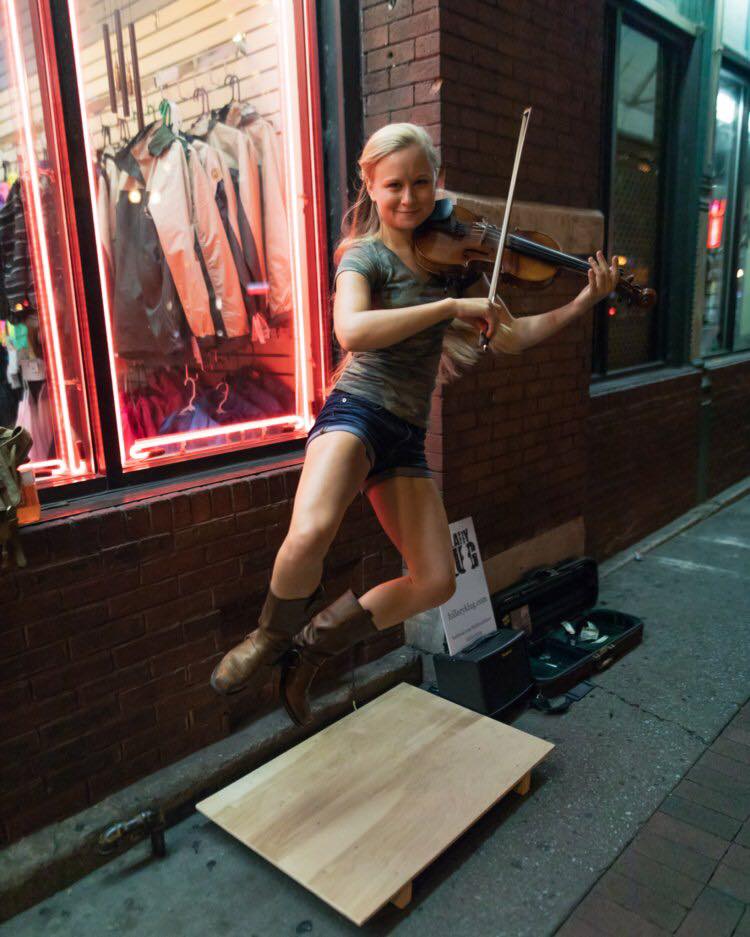